Supercars wildcard MATT CHAHDA ﻿has joined the Wide World of Sports team for the 2022 Bathurst 1000, providing a unique behind-the-scenes insight into the Great Race from the driver’s seat.

Honestly, it is just great to be able to finally get behind the wheel.

This week has been an incredible whirlwind, it’s the culmination of a massive effort, and we are finally here at the Bathurst 1000.

From the launch of our Caltex Young Stars livery on Monday in Sydney through to a massive line-up of commitments on Thursday, getting behind the wheel has finally given me some space. 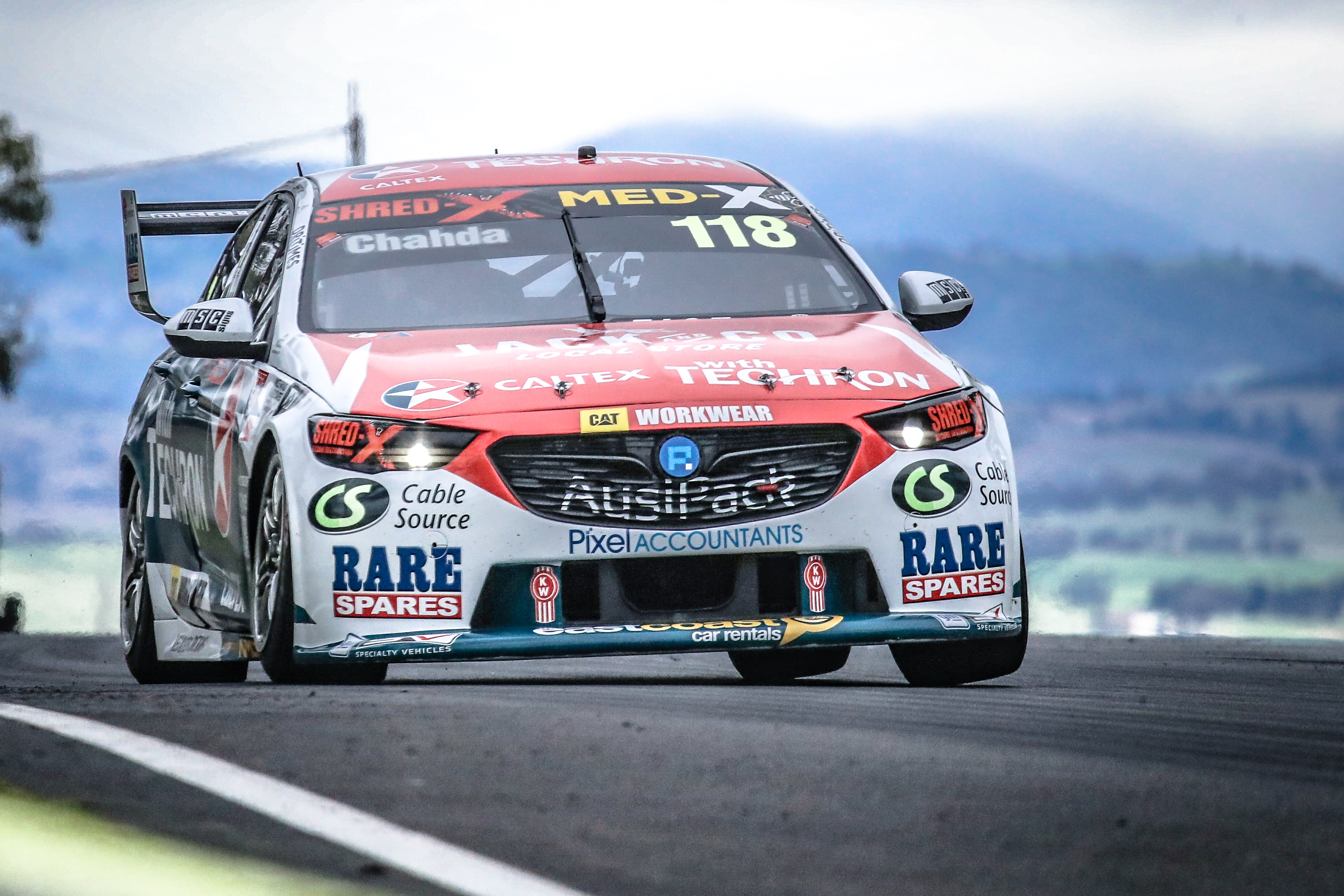 I guess it kind of comes with the territory by being a Bathurst 1000 one-off wildcard entry – while every other team can spread out their team and media commitments over the course of a whole season, we only have one week to get everything done.

Between photoshoots, functions, interviews, sponsor commitments and more, this week has been crazy.

Today I had the first practice session to myself, while my co-driver Jaylyn Robotham had all of the afternoon running.

Obviously, the track conditions were pretty tough, it started out wet and got progressively drier as the hour wound down. 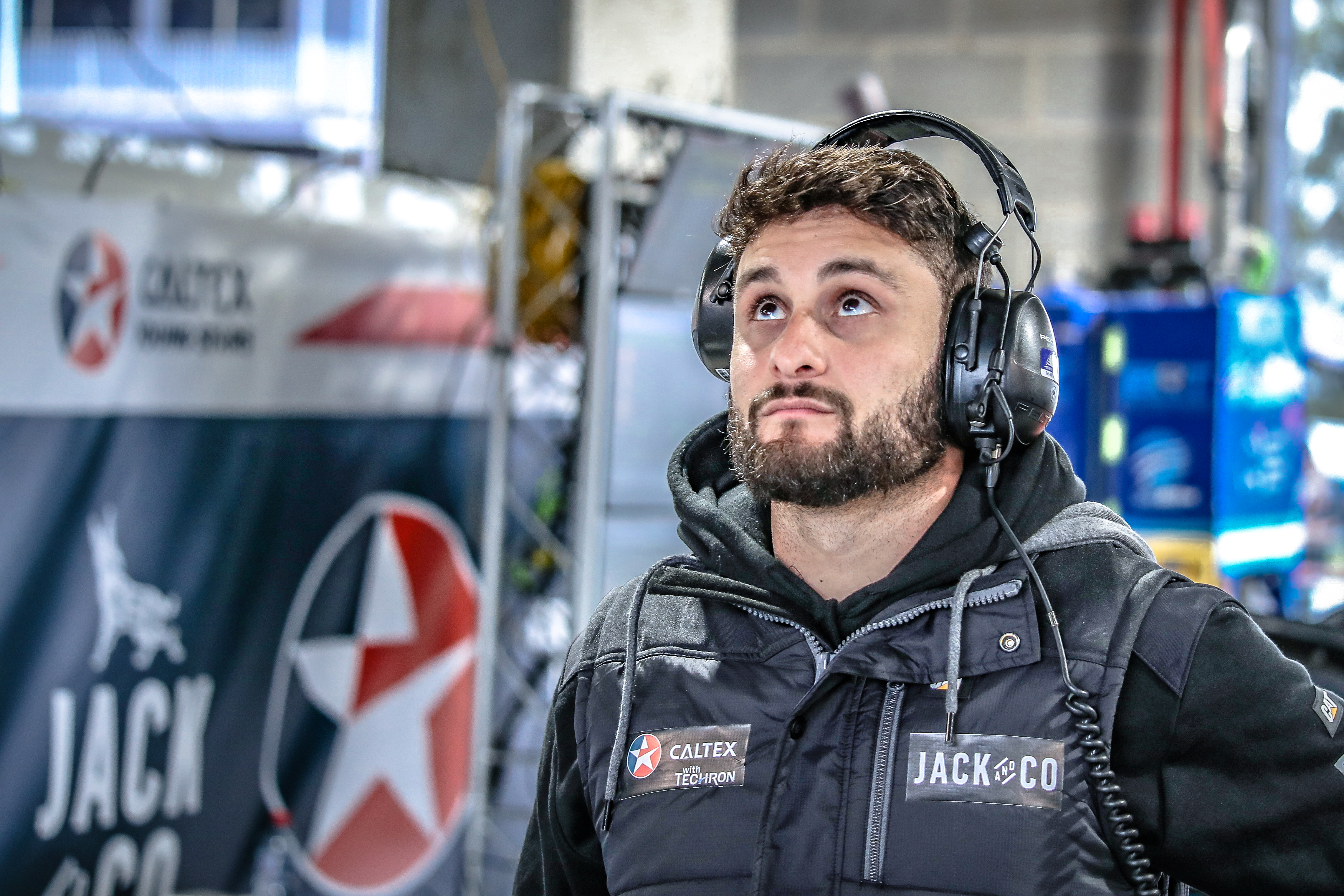 That was one thing, but there was also a fair bit of talk about the epoxy sealer on the circuit, which was changing the consistency from lap to lap.

There was a red flag later in my session which meant we couldn’t get our second run in, but there is still a lot of laps to go to find our groove. That said, we are very confident that we have a good car beneath us.

It’s a former Walkinshaw Andretti United-built Holden ZB Commodore. They are the team that won the race last year with Chaz Mostert and Lee Holdsworth, so the fundamentals are there for a quick car.

We’ve shaken it down over a couple of test days, and honestly, the basics of the package aren’t that dissimilar to my regular Ford FG X Falcon, but overall, everything is just so nicely packaged, polished and refined. Our first test day didn’t entirely go to plan – even though Jay and I are similar sizes, we just didn’t get the ergonomics right, which for a 1000km long race is critical.

It’s very easy to lose circulation in your legs if the seating position isn’t right, which leads to loss of concentration, which is bad news on top of The Mountain.

Fortunately, before the second outing at Winton, we returned to the Walkinshaw workshop for another seat fitting, and even had a physio come and work with us, which was a game changer, as things are much more comfortable now.

Our plan is to simply run our own race, especially at this stage of the weekend, as our family team steps up to the big league.

Even within the wildcard ranks, we are pitted next door to Craig Lowndes, with Greg Murphy a couple of garages over – our challenge isn’t to get caught up thinking about anyone else but ourselves.

It’s exciting to finally get going, I can’t wait to see where this weekend takes us.

Russia on Nord Stream Sabotage: “EU Will Have to Face the Fact they Have Been Betrayed”