The Eels halfback found joy in the triumph of her rival No.7, Knights rookie Jesse Southwell.

Preston had classy words for the 17-year-old, whose crucial hand in Sunday’s 32-12 victory rounded out a dream debut season. 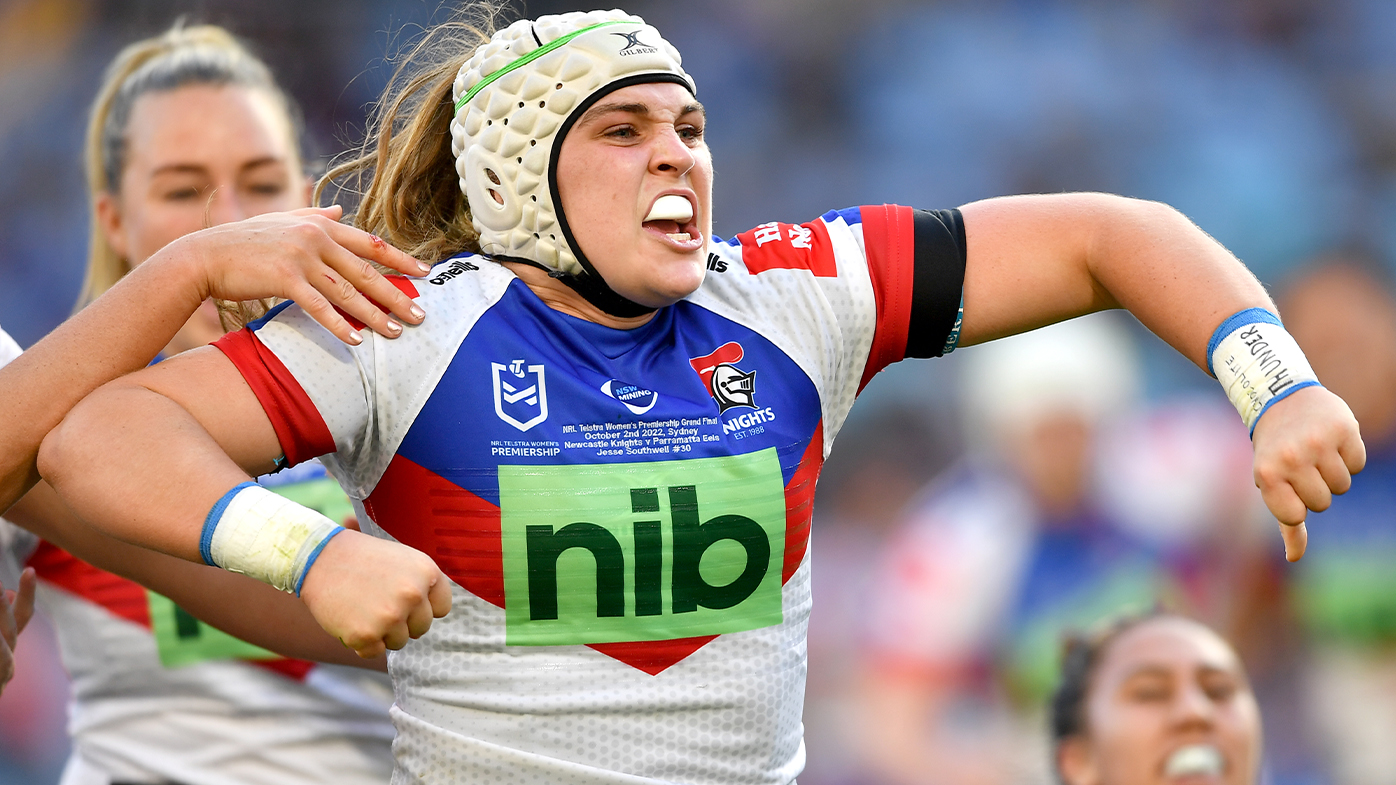 “To be 17 and come out on this big stage … she absolutely killed it and she’s got such a long way to go in this game,” Preston, 23, told Wide World of Sports.

“I thought she absolutely stood up to the plate in every single game. She’s one to watch out for. She definitely held her own. Looking at her you wouldn’t even know she’s 17 because she holds herself so well.﻿

“(I’m) always supportive for every girl that gets to pull on an NRLW jersey.”

An ACL rupture suffered by older sister Hannah in round one meant that she and Jesse played just 32 minutes together in the 2022 season.

Jesse’s elevation to the NRLW and Hannah’s switch from the Roosters had made for a dream sisterly scenario.

And although that scenario proved short-lived on the field, Hannah’s guidance for her sister﻿ has never been in question. 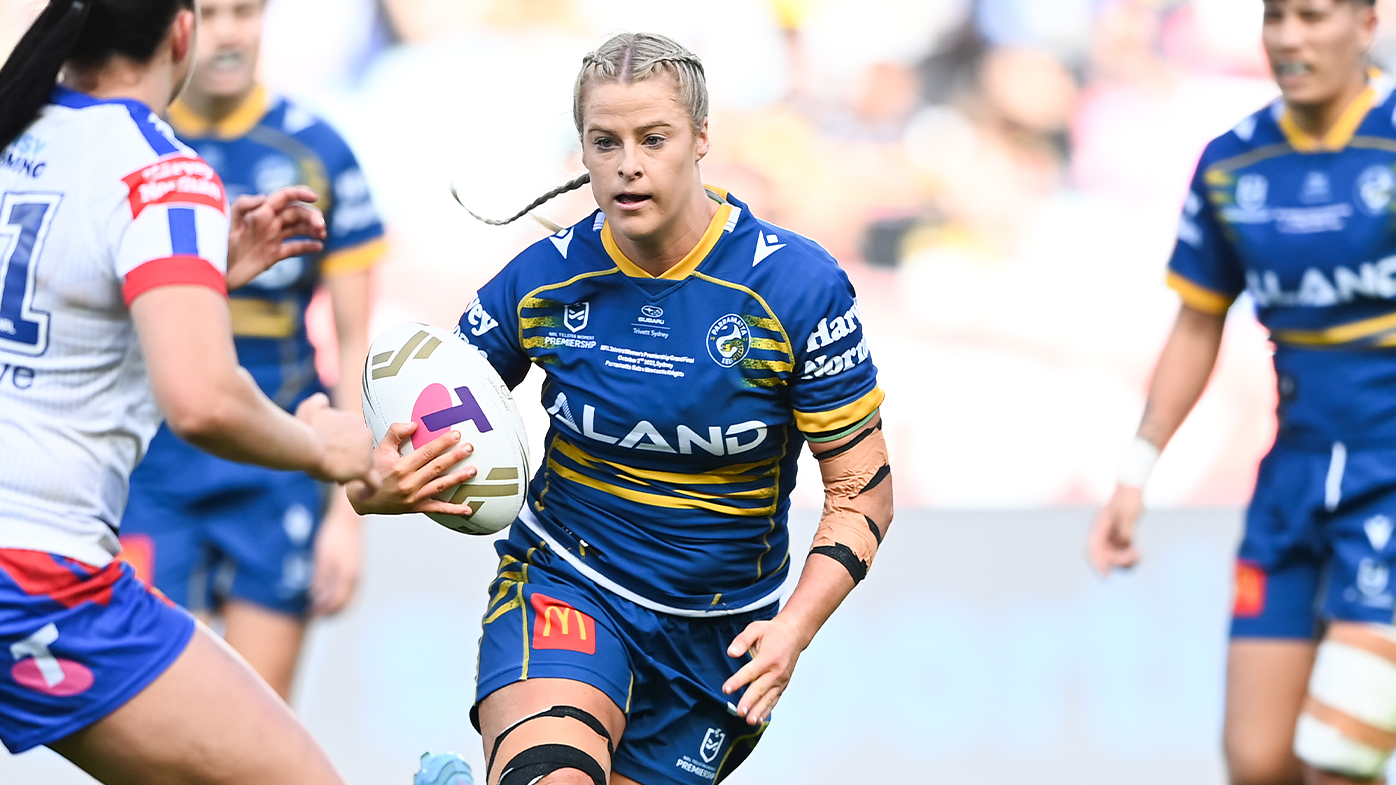 “I love her to bits and I would do anything for her,” Jesse said of her 23-year-old sister.

“Playing without her was the toughest thing.

“It’s pretty cool (to be at the Knights together). We already were pretty close … it’s been pretty cool having her around all the time, and I love her to bits. I wouldn’t have it any other way.﻿”

Since crossing from Brisbane during the off-season, Newcastle captain Millie Boyle has witnessed the Southwell sisters’ incredible bond first-hand.

“For them to be able to play together (in) their first game in round one —﻿ that was really special for them and for our team and for their family,” Boyle said. 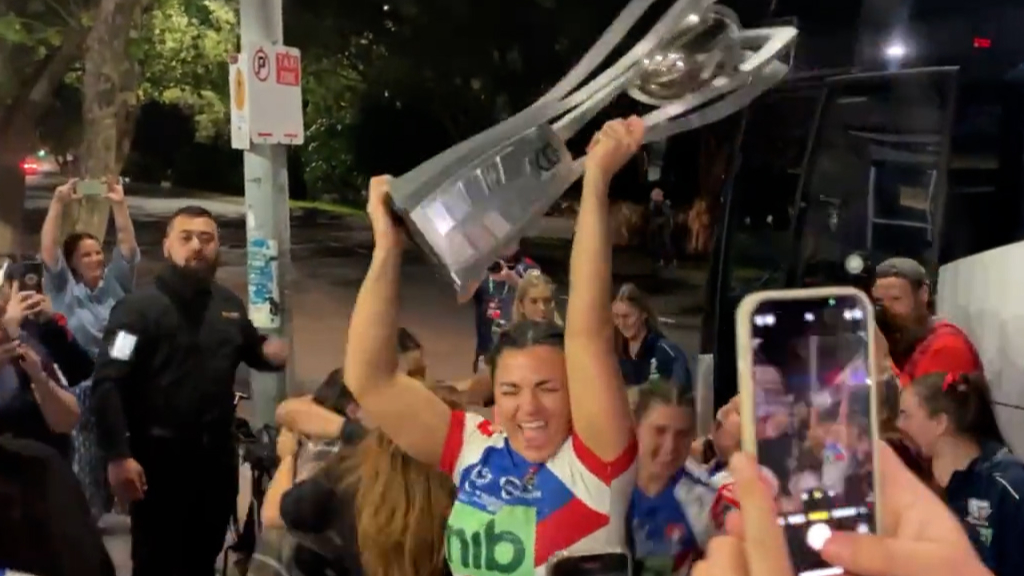 “I think Hannah’s impact on the game … and then her impact as an older sister on Jesse keeps her a little bit level.

“Older sister and a younger sister, it’s always under the arm and they’re very close﻿ — probably a bit closer than me and my sisters were growing up,” Boyle added with a laugh.

Knights coach Ronald Griffiths, sitting next to Boyle in Newcastle’s post-match press conference, chimed in as the skipper fielded questions about the Southwells.

“I think where it’s evident﻿, too, is when we’re doing tackling drills and Hannah picks her out,” Griffiths said.

“Just keeps her in check and lets her know that (she’s) still the big sister.”﻿