Penrith co-captain Nathan Cleary fronted media cameras shirtless and on no sleep – and that was fairly tame compared to some of the celebrations that continue to rage after Sunday’s premiership win.

﻿Close to 3000 Panthers fans turned out to a fan day on Monday to cheer on the players – most of whom were still wearing their playing kit from the victory over Parramatta at Accor Stadium.

The went wild when each player grabbed the microphone, but things escalated when Kiwi prop James Fisher-Harris stepped up.

His teammates and members of crowd welcomed him with chants of, “Fish! Fish! Fish!”. 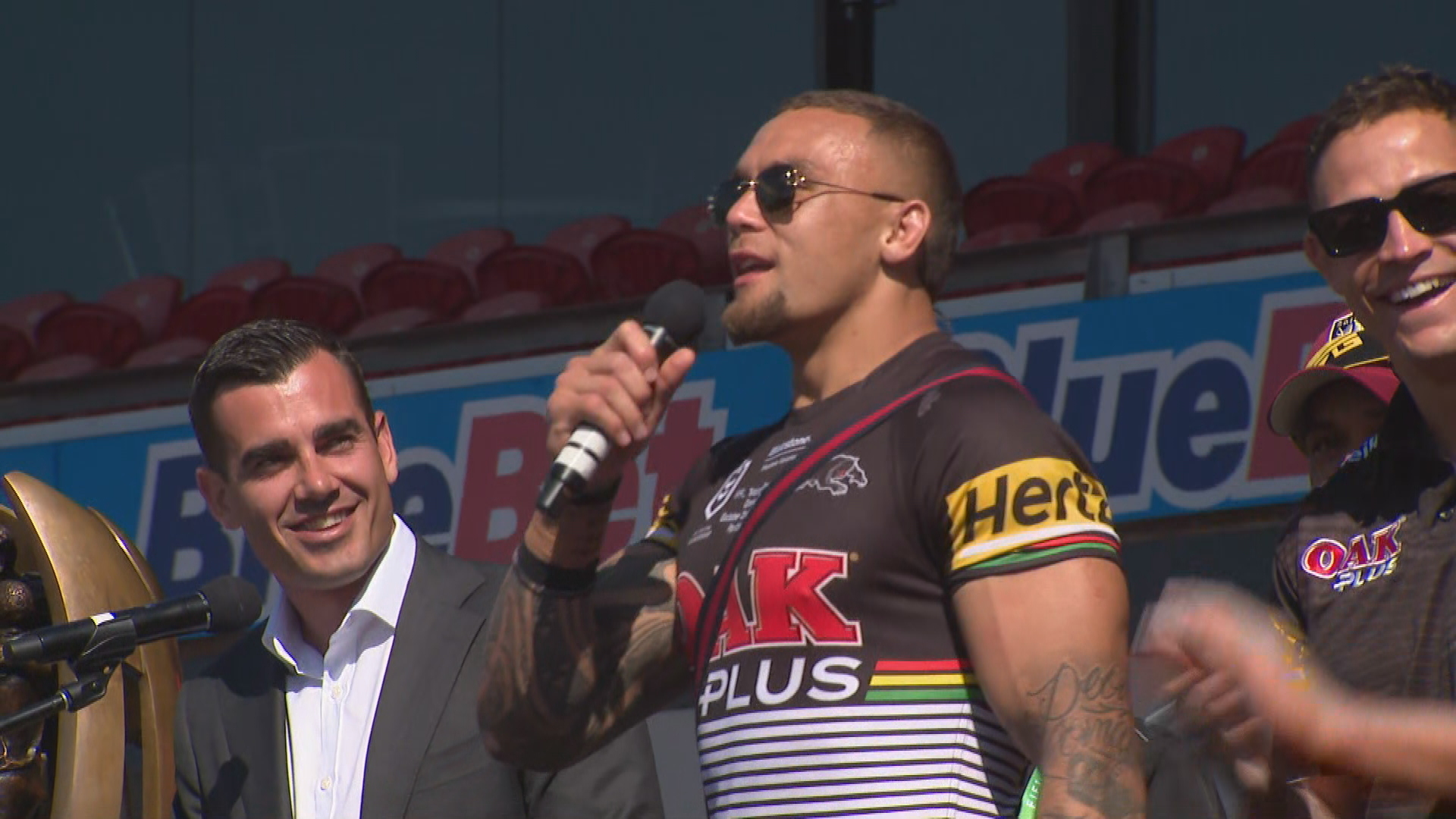 He then capitalised on a sledge Penrith five-eighth Jarome Luai had fired at the Eels in the lead-up to the grand final, when he said the cross-town rivals should call the Panthers “Daddy”.

“I just want to say Parra are our sons,” Fisher-Harris said as the crowd went wild.

Thousands of fans then broke out into a “we hate Parra” chant, and some of the Penrith players encouraged them by joining the chant or raising their arms. 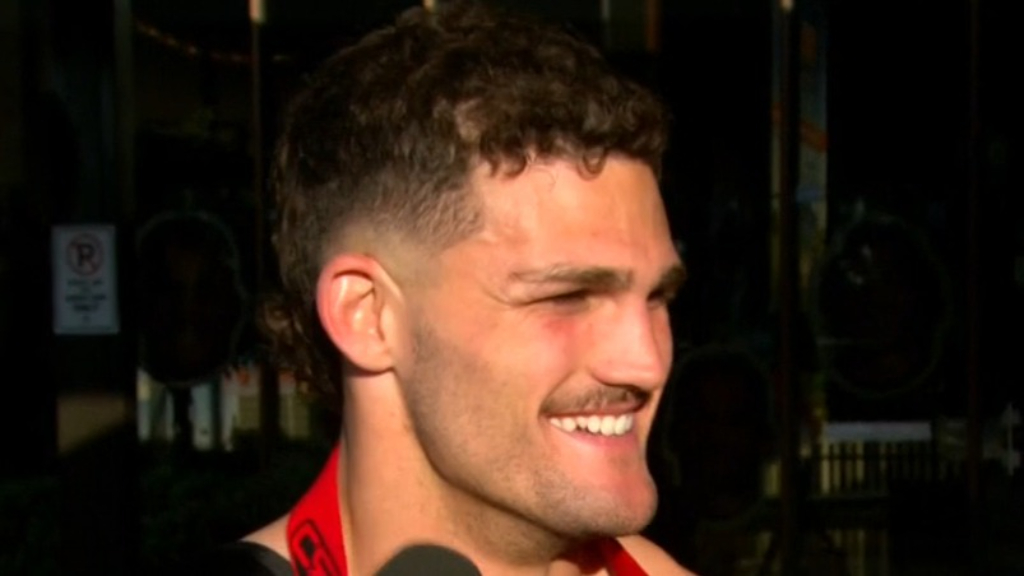 “As I said last night, we are the greatest Penrith team ever,” Fisher-Harris said.

Earlier in the morning, Cleary was door-stopped by a number of ﻿television cameras as he tried to flee the Penrith celebrations to get some sleep at home.

The star halfback was asked whether he had slept yet.

“Not yet – that’s why I’m trying to go home, to get some sleep,” Cleary laughed. 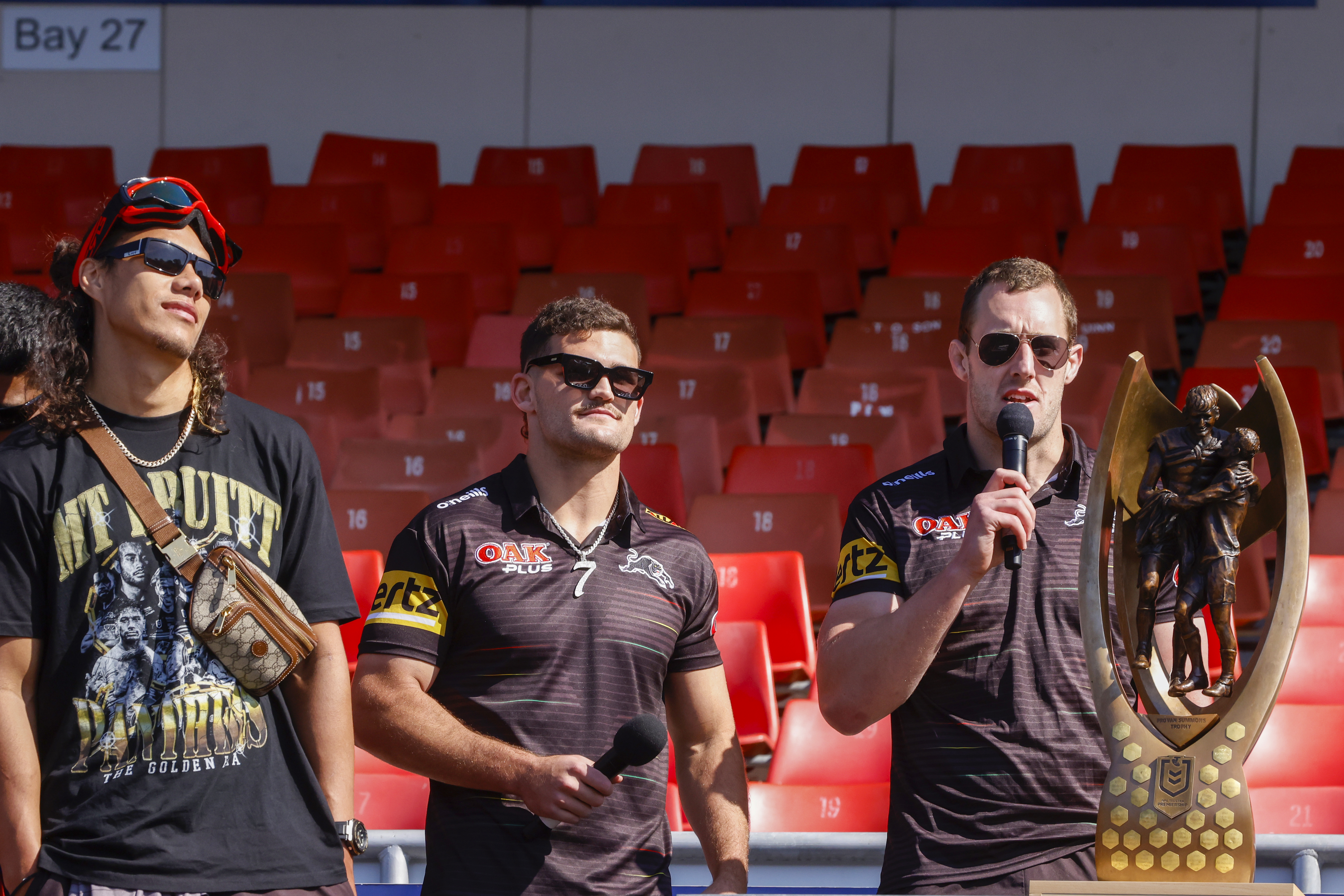 “﻿I’m looking forward to (the fan day), that’s why I’m trying to go home to get an hour’s sleep, so I can enjoy it more.”

The Penrith celebrations are sure to carry on for weeks, if not months, after the Panthers became the second team in the NRL era to win back-to-back grand finals.