NRLW history made as Knights storm to glory

T﻿he Knights have created history by clinching their first NRLW premiership in a 32-12 triumph over the Eels in the grand final on Sunday afternoon.

Newcastle supporters endured a nerve-wracking ride as Parramatta threatened to steal a comeback win in the second half at Accor Stadium, but the Knights put the result beyond doubt when they ran on the last tackle with five minutes remaining and scored through winger Kiana Takairangi.

Two more tries through Jesse Southwell and Yasmin Clydsdale over the remaining minutes of the match added to the euphoria of Newcastle’s celebrations, whose second season﻿ in the NRLW was boosted by a host of gun signings. 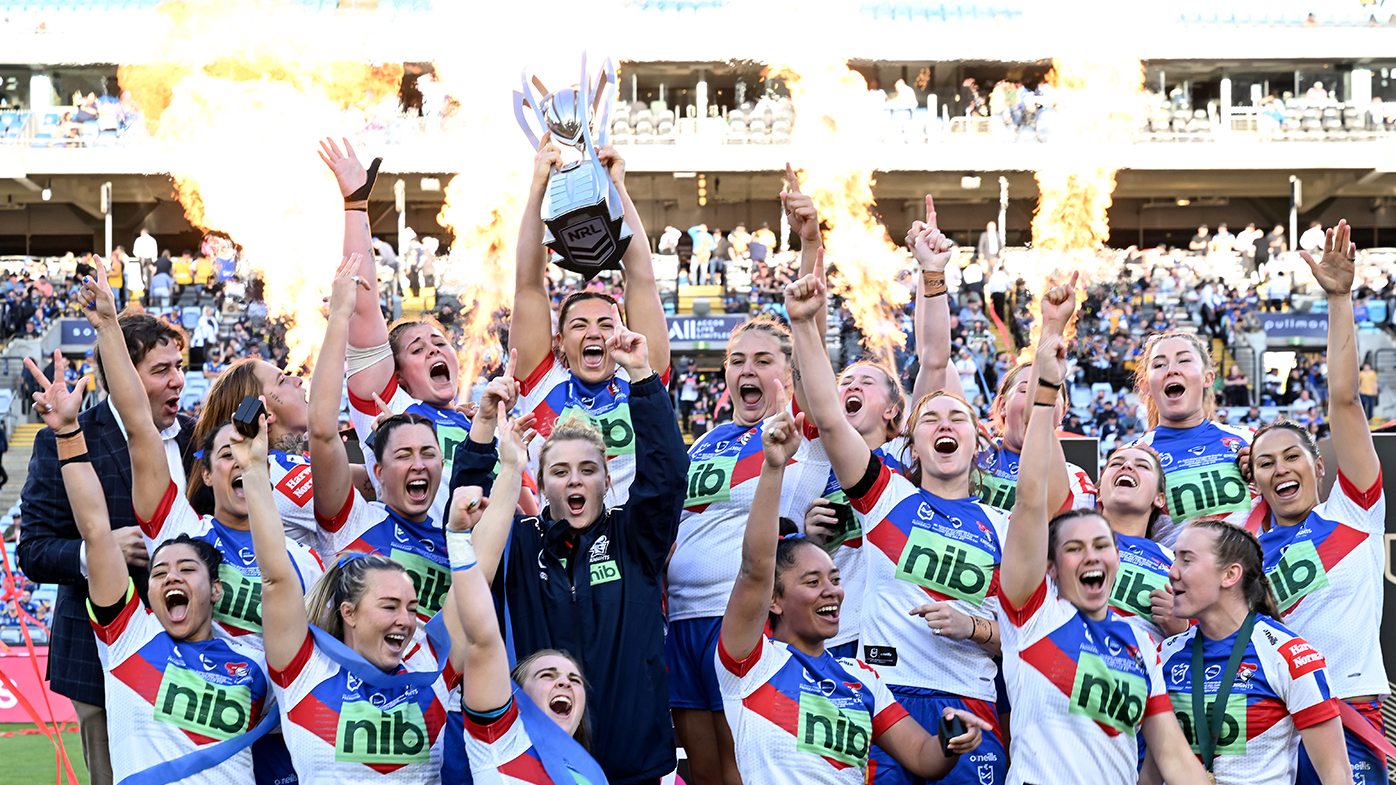 Fullback Tamika Upton, one of the Knights’ prized recruits, claimed the Karen Murphy Medal for player of the match.

The former Bronco snared a try early in the second half to extend the Knights’ lead to 18-6, showing and going as she split the Eels defence on the left edge, and also made 181 run metres and two linebreaks.

Upton’s four-pointer preceded a lengthy period of dominance by the Eels, who enjoyed an enormous amount of possession and optimal field territory.

They closed the deficit to 18-12 through a converted Simaima Taufa try in the 51st minute but were denied a chance to level the scores five minutes later, with the Bunker ruling against a Gayle Broughton four-pointer because she pushed Yasmin Clydesdale while chasing a kick.

Newcastle absorbed the sustained Parramatta onslaught and proved far too potent in its counterattack, streaking away to add to the club’s 1997 and 2001 NRL titles.

They are certainly doing just that.

The scenes in the Knights sheds after the match were wild as the victors gave karaoke a phenomenal crack, belting out ABBA’s Dancing Queen and an album’s worth of other bangers.﻿

“I don’t think it’s really sunk in yet. It’s such an amazing feeling and all the girls have worked hard for this moment — not only the girls that took the field, but the rest of our squad and development﻿ players and everyone. It just means so much to us and our town.” 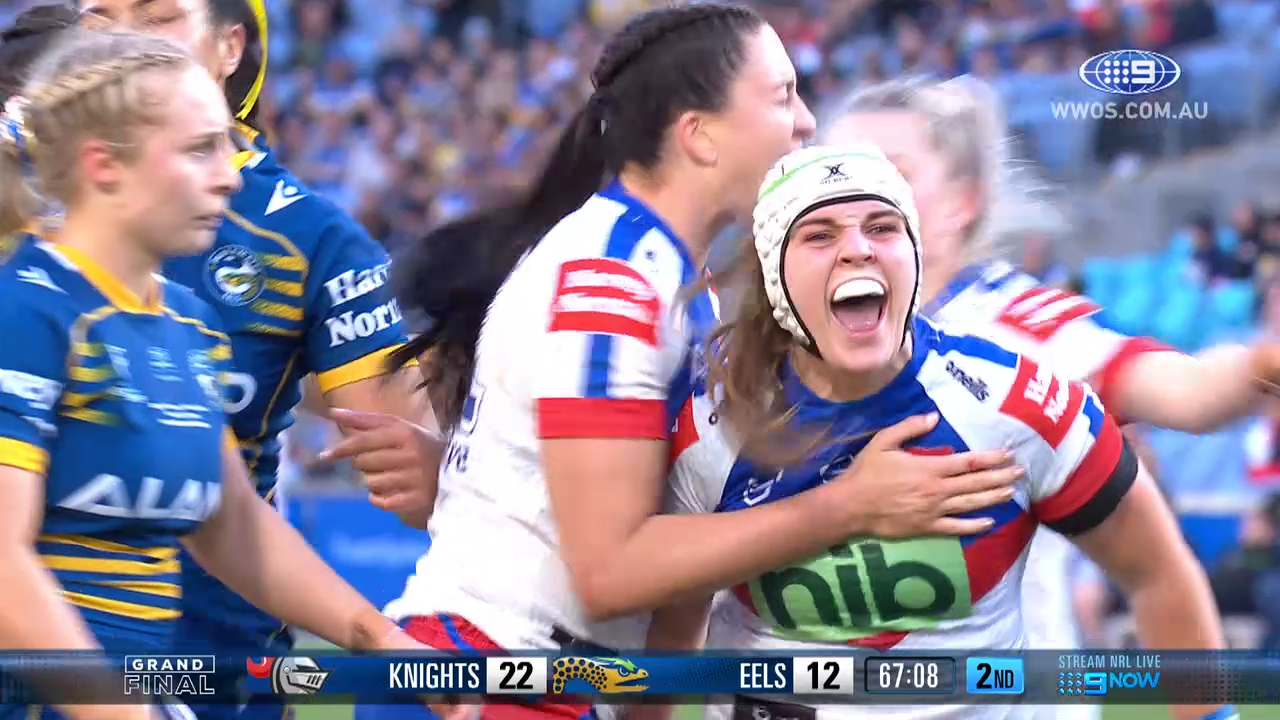 The Knights set themselves up for a premiership tilt by recruiting Boyle and Upton from the Broncos, as well as the Roosters’ Hannah Southwell and Clydesdale.

“The club wanted to invest in female rugby league. For us, we believe whoever can do that the best out of the codes will win the war of the codes, and we want to band together as an organisation and the NRL, and we want to make sure that we make every post a winner.

“But our club made a concerted effort to go out and chase those two players (Boyle and Upton).

“So, again, I wish I could take credit for it but I can’t, so I need to pay homage to those.”