Latrell Mitchell went almost the length of the field for an intercept try as his star-studded Walgett team advanced to the semi-finals of the Koori Knockout on the NSW south coast.

The knockout is one of the best parts of grand final week and is traditionally hosted by the winner of the previous tournament. But with both 2020 and 2021 off the table due to COVID, it was 2019 winners the South Coast Black Cockatoos that had that honour.﻿

A﻿fter defeating Souths teammate Cody Walker’s Bundjalung Baygal Warriors 16-10 (with Mitchell scoring a double) on Sunday morning, Walgett faced off against a red-hot Bourke team for a spot in the semi-finals.

READ MORE: NRLW history made as Knights storm to glory

After some brilliant attacking football and a shocking send off for a high tackle, Mitchell iced the game with that intercept, booking a spot in the final four, with those games to be played on Monday morning. ﻿

Mitchell, who has previously played for Taree at the knockout, linked up with former NRL players Joel Thompson, Ben Barba, and George Rose, as well as Rose’s brother Matt, who run the No Limit management company together. 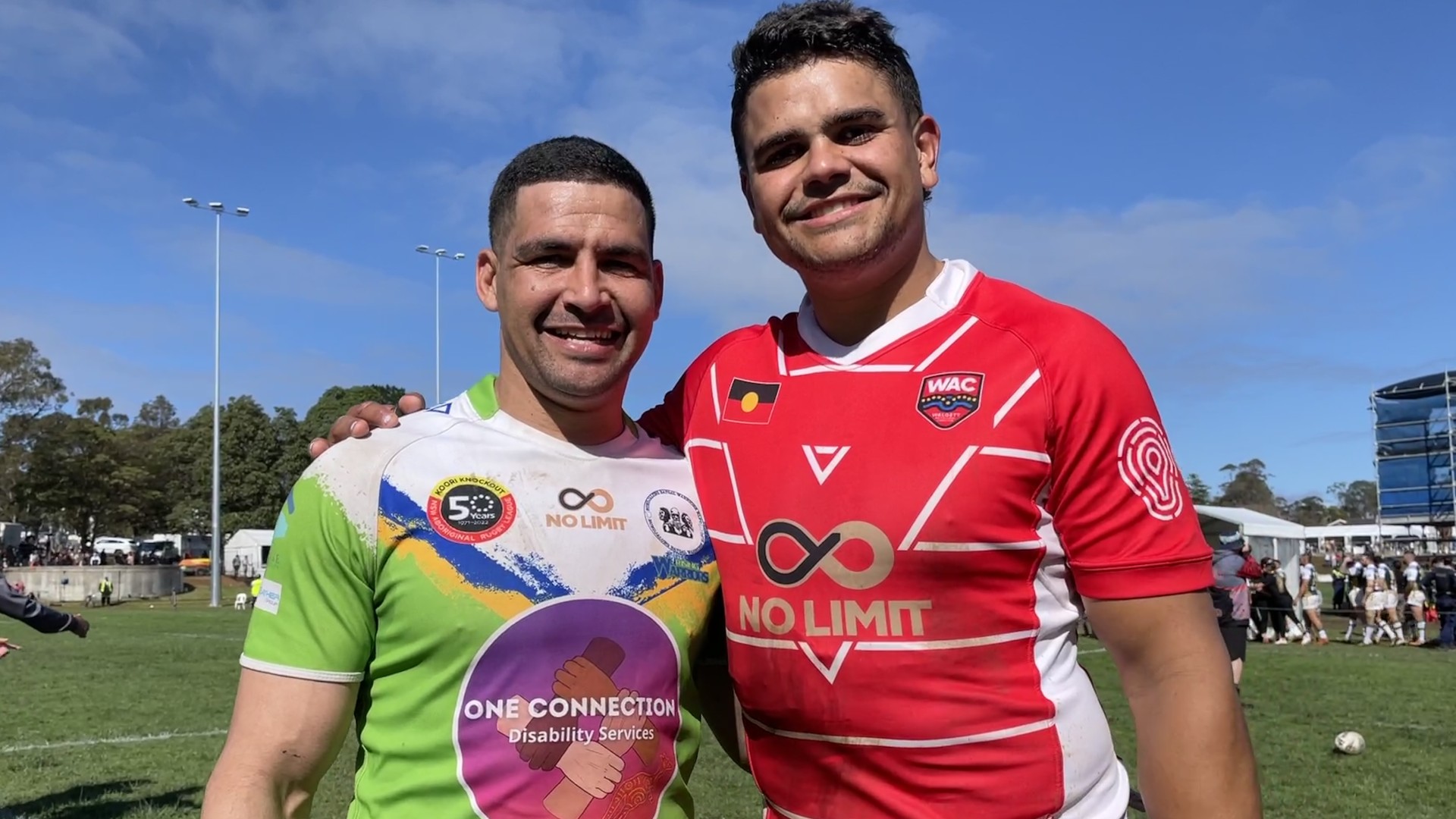 “We look after Trell and we’re very close. We’re like family with Trell and it’s wonderful he’s come along and joined us,” Matt Rose told The Daily Liberal.

“Just the fact Latrell Mitchell is playing at a knockout is special, let alone that he’s playing with us.”﻿

Walgett take on the Castlereagh All Blacks at 9.10am on Monday, with Nanima Common Connection playing Newcastle All Blacks afterwards.

It’s the 50th edition of the tournament, with Walgett hoping to win the title for the seventh time.

“We’ve never won a knockout without it being hard for us. I just told the boys it won’t be any different.﻿”

Plenty of other NRL stars took part in the event; including Daine Laurie, Andrew Fifita, Tyrell Sloan and Braydon Trindall.﻿