T﻿he plaudits continued to rain down on Dylan Edwards as the once-unheralded Panthers fullback spearheaded Penrith to a 28-12 victory over Parramatta in the NRL grand final on Sunday night.

In a grand final at Accor Stadium that had promised the world but was all but over by half-time, Edwards set up two tries, compiled 277 run metres, made eight tackle busts and provided a breathtaking throwback to an iconic Panthers grand final moment.

Edwards’ instantly legendary moment saw him pull off an eerily similar try-saving tackle to the one executed by Scott Sattler on Todd Byrne in the 2003 decider, mowing down Bailey Simonsson in an exhilarating play during the 58th minute. 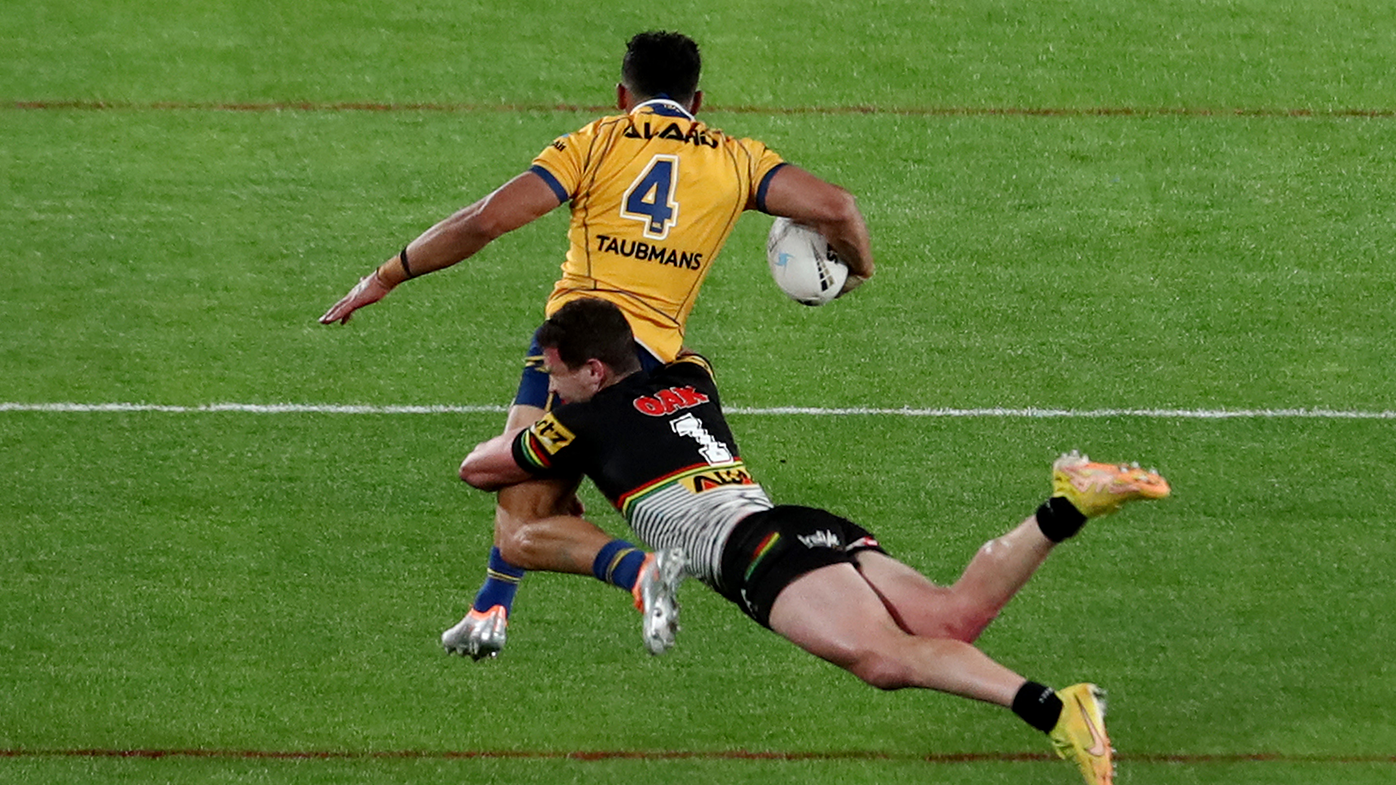 “Last man, one on one and has that tackle.

“Has that put him in the Australian World Cup team going away at the end of the year in a couple of weeks?

“Look at that. Just all effort. Saves the day. 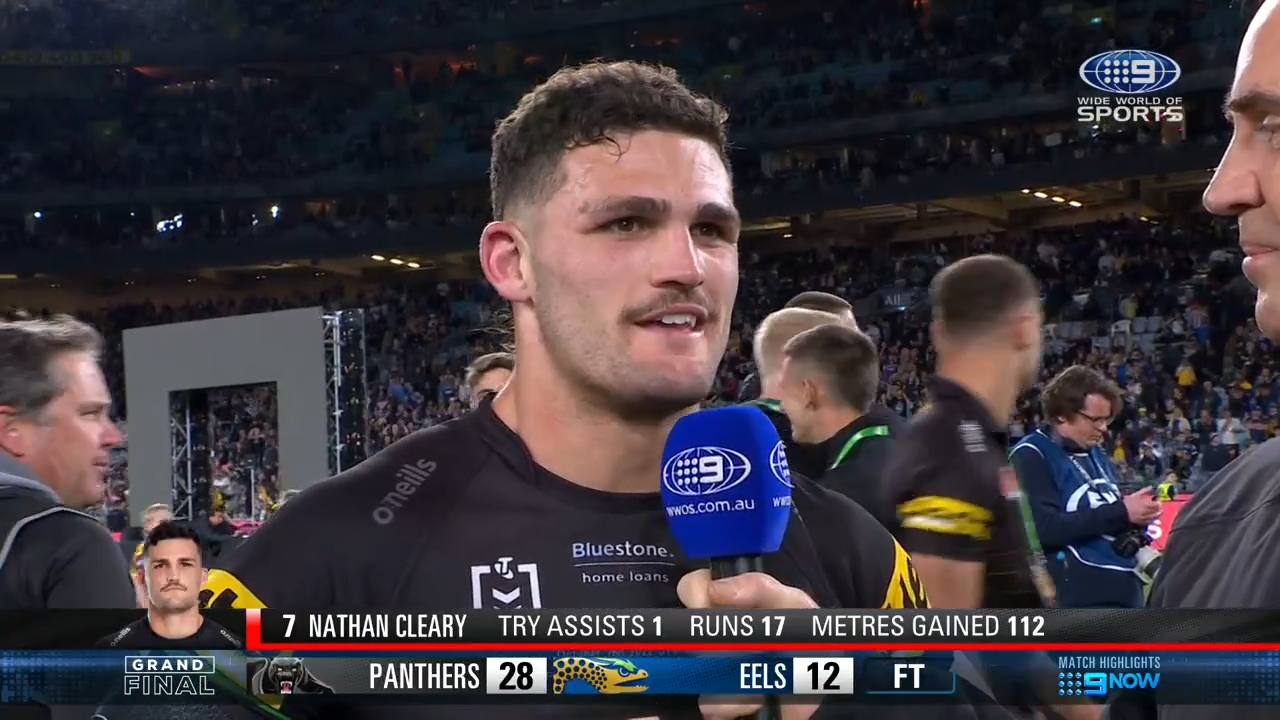 Although external praise for Edwards has taken many years to flood in,﻿ the Panthers have long had towering admiration for their softly spoken No.1.

That internal adoration was clear as coach Ivan Cleary sprung from his seat and pumped a fist as Edwards snuffed out Simonsson’s left-wing raid.

“Might finally get the fanfare,” co-captain Isaah Yeo said moments after the match.

“He has been our best player all year. He has been making that tackle he made the whole season. He practises so hard and deserves everything he gets.”

Unsurprisingly, Edwards diverted attention away from himself and in the direction of his teammates when asked in Penrith’s post-match press conference﻿ about his epic tackle. 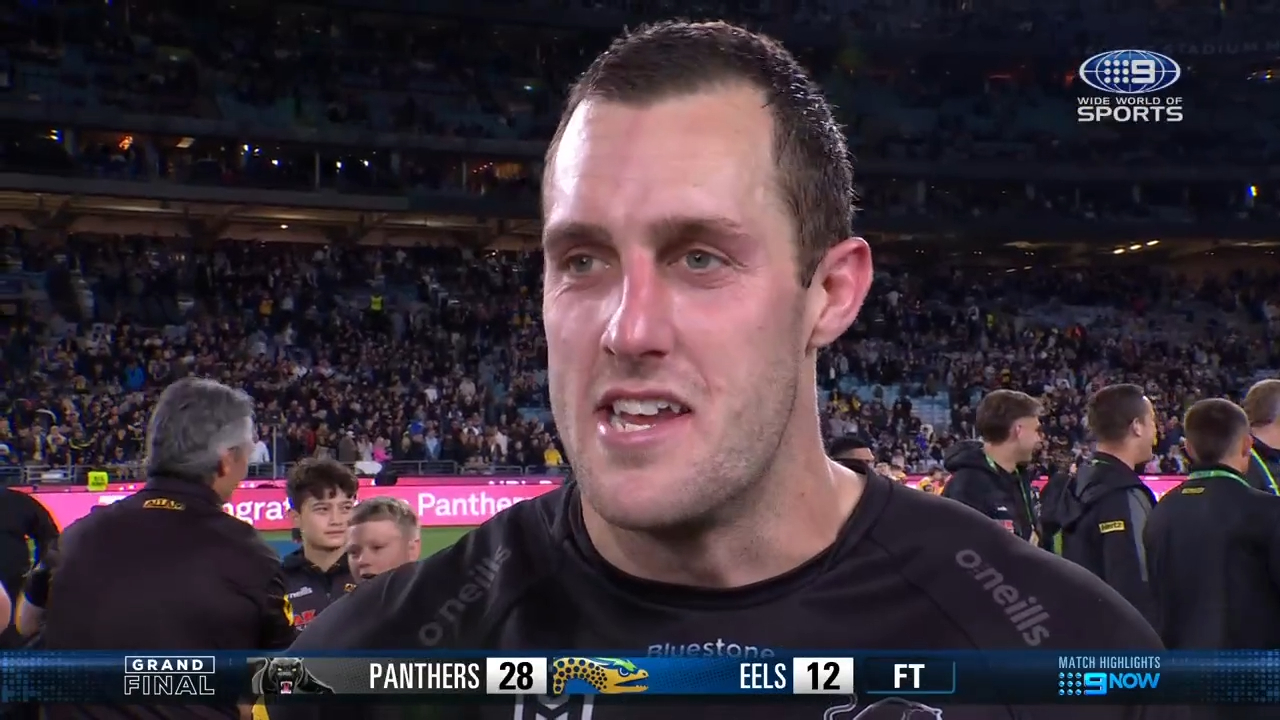 But Panthers back-rower Liam Martin was more than happy to hype up his gun teammate.

“He does that too often for it to be a rarity,” Martin told Wide World of Sports in the Penrith sheds.

“He did it against the Rabbitohs, he did it then and he just does stuff like that all the time.

“He puts his body on the line. He’s the most courageous player, the most humble player, he’s just incredible.

“I love playing alongside him.

“I can’t even describe him — he’s just that good.﻿ 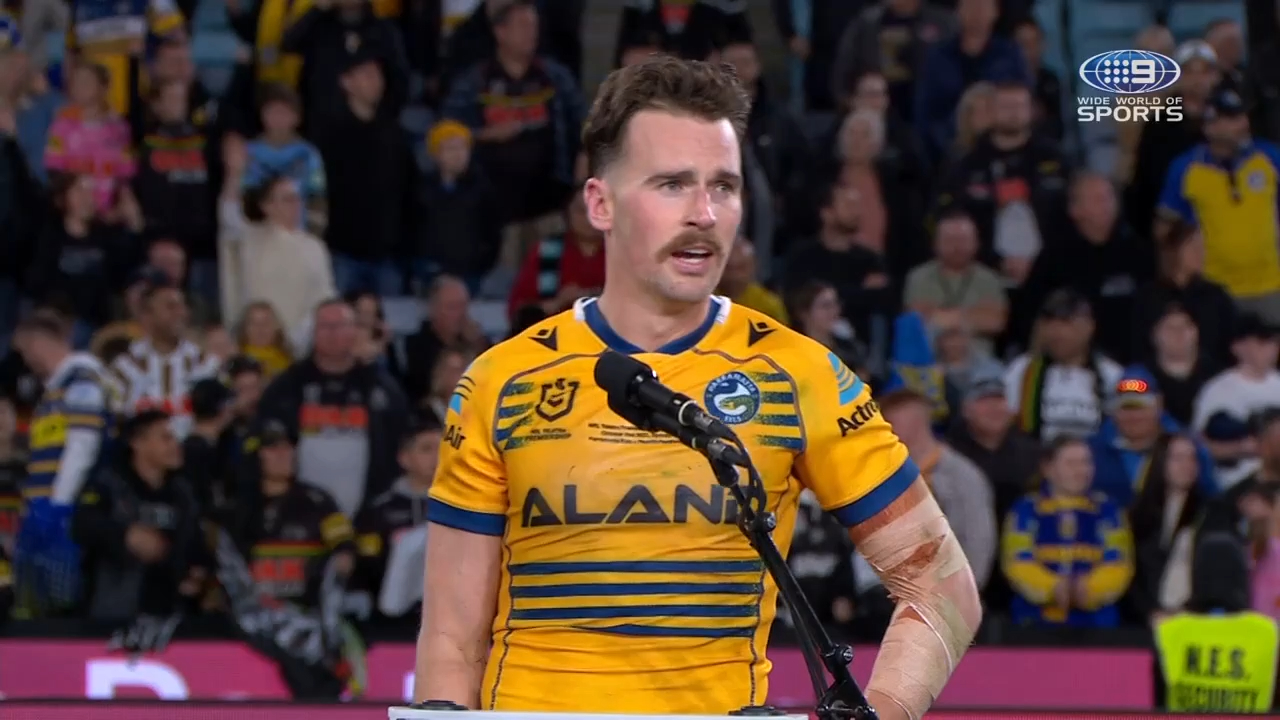 Enormous hype had surrounded the Eels as the possibility of breaking their 36-year title drought loomed.

But first-half Penrith tries﻿ to Stephen Crichton, Brian To’o and Scott Sorensen, all of which were converted by Nathan Cleary, catapulted the juggernaut outfit to an 18-0 half-time advantage, quickly sinking the hearts of Parramatta fans.

The Panthers matched the Roosters teams of 2018 and 2019 in seizing back-to-back premierships in the NRL era.

The emphatic victory also saw the Panthers complete a sweep of every grade, following their title triumphs in the SG Ball, Jersey Flegg and NSW Cup competitions.

Penrith’s NRL mastery and incredible pathways depth are the envy of their rivals.