Macarthur claimed the 2-0 victory, but behaviour in the stands was the biggest talking point after the match despite Sydney United 58’s historic rise through the tournament to become the first NPL club to qualify for the final.

A section of ﻿the 16,461 fans packed into CommBank Stadium raised alarm among the viewing public when the game’s Welcome to Country ceremony was marred by boos and chants even as spokesperson Erin Wilkins tried to deliver her message. 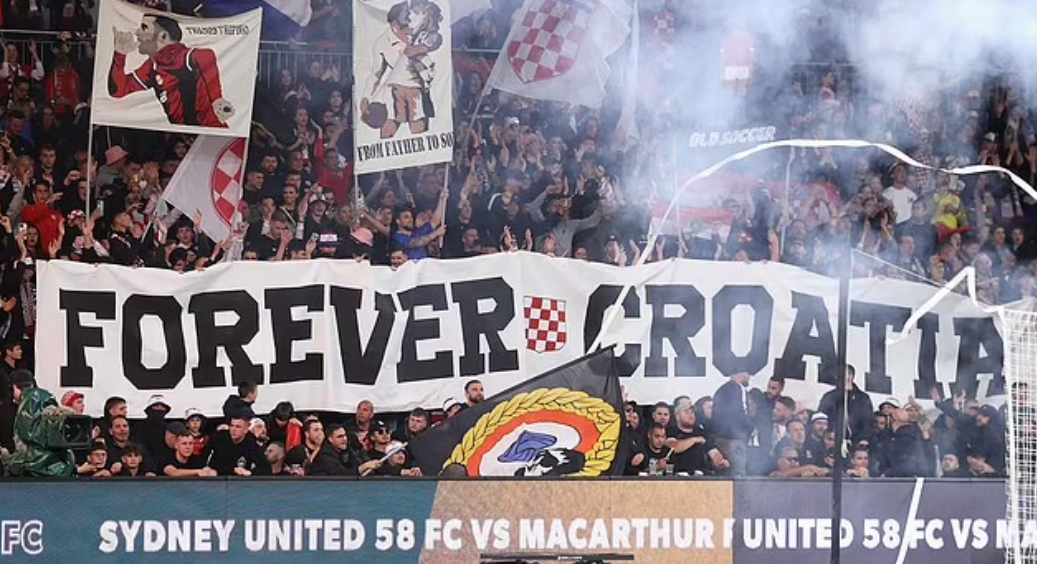 Once the game got underway the fans grew bolder as the cameras panned around the stadium, capturing some doing Nazi salutes.

FA officials released a statement to AAP, confirming a﻿ probe is underway.

“Football Australia acknowledges that a very small minority of attendees engaged in behaviour not consistent with Football Australia’s values and wider community expectations,” the statement read.

“Football Australia took steps during the match to address these isolated behaviours, including eight evictions.

“Football Australia will continue to gather information from the venue, clubs, and authorities on this matter, as anti-social behaviour has no place in our game.”

The vision sparked a storm on social media among fans and commentators who labelled the scenes “embarrassing”.

The NSW Jewish Board of Deputies made a statement on Sunday.

“These vile symbols and salutes have no place in modern Australian society,” CEO Darren Bark said.

“They represent the ultimate manifestation of evil – an evil which led to the murder of millions of innocent civilians during WWII, including six million Jews and thousands of Australian diggers who lost their lives fighting against the Nazis during WWII.

“Reprehensible conduct such as this causes immense distress to the victims of Nazi crimes and their descendants, whilst undermining our cohesive multicultural society.﻿”

Two penalties earned the Bulls their first trophy in just their third season in the A-League.

Al Hassan Toure and captain Ulises Davila both nailed home their shots from the spot to seal the win.