After the excitement of Friday, Shane van Gisbergen just looked relieved to survive a slippery close to Saturday’s action at Rally New Zealand.

The two-time Supercars champion, who sits third in the second-tier WRC2 division with four stages to go, couldn’t contain himself throughout the final run of the day.

It was a sketchy end to proceedings as rain bucketed down on Auckland, turning the gravel roads into muddy slip and slide.

“Man, it was so hard to judge the grip.”

Despite the difficult conditions, van Gisbergen was just six seconds off of pacesetter Hayden Paddon who leads the WRC2 classification with just one day remaining. 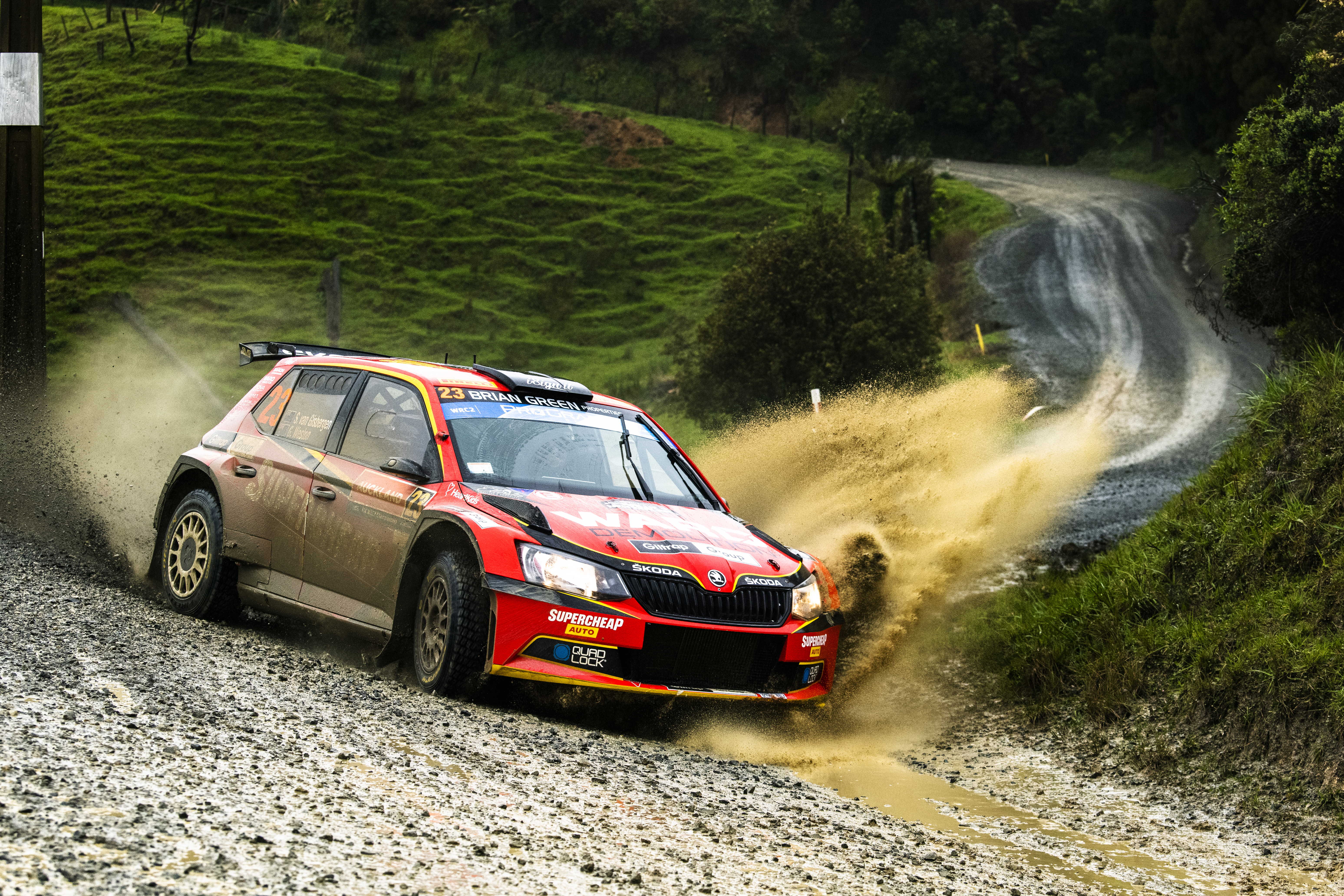 “That was hard,” said van Gisbergen, who chuckled.

“Halfway through I couldn’t see, then it got super slippery. I think I kept putting Glenn off, I kept talking about it.

“Then coming down the hill was super tough just trying to stay in the line, but really fun. Got through today. Can’t wait for tomorrow and finish off strong.”

Van Gisbergen has clear air on either side of him going into the fourth and final day of the rally. 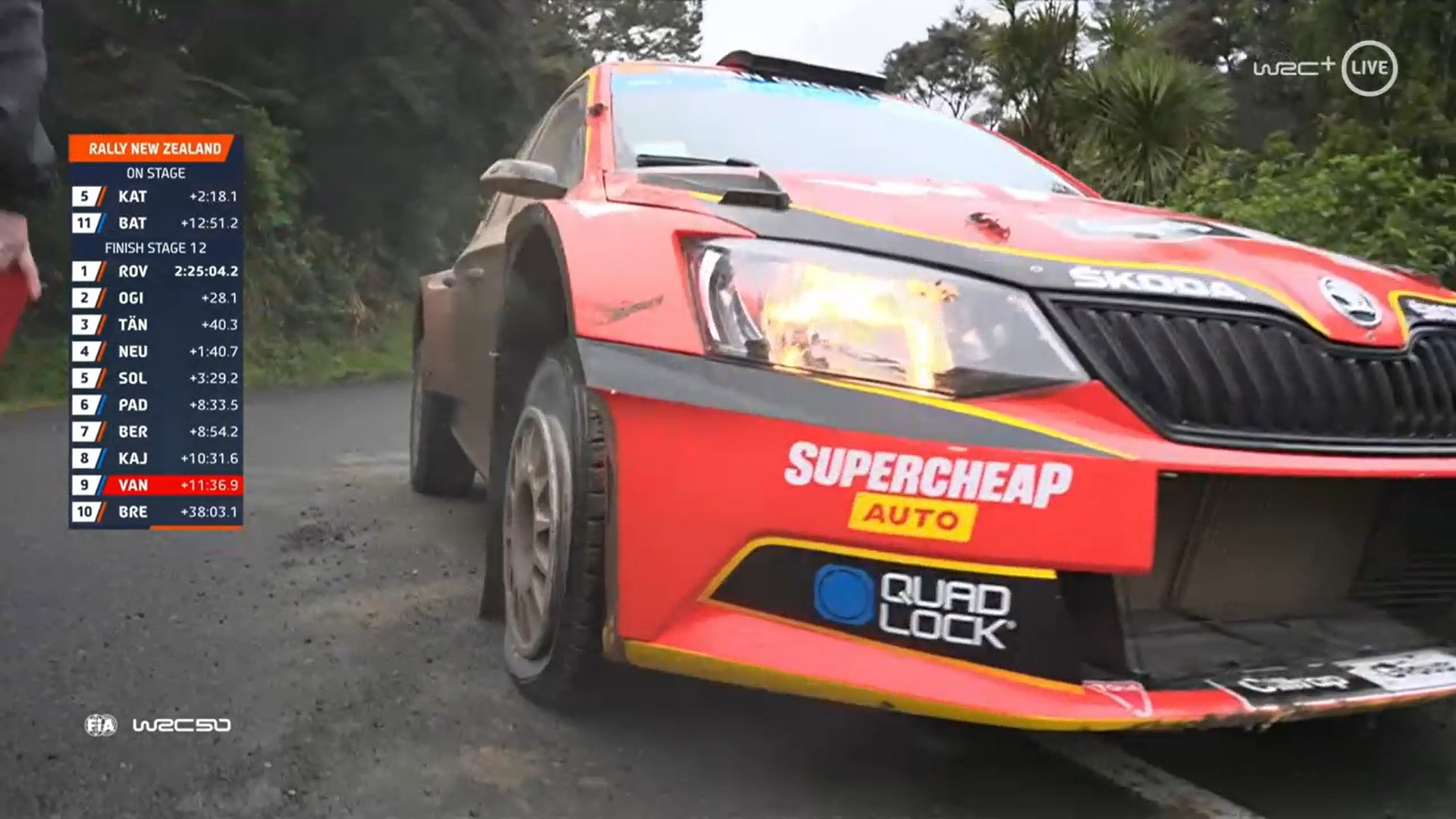 After a puncture on SS12 cost him half a minute, he trails countryman Paddon by more than three minutes and sits a little over a minute behind second-placed driver Kajetan Kajetanowicz of Poland.

“I just went around a right [turn], there was a rock in the middle [of the road] and I just got it,” said van Gisbergen.

“That’s the first puncture we’ve got in rally, unfortunately. I think we were close to second but I think that’d probably ended it. It happens.” 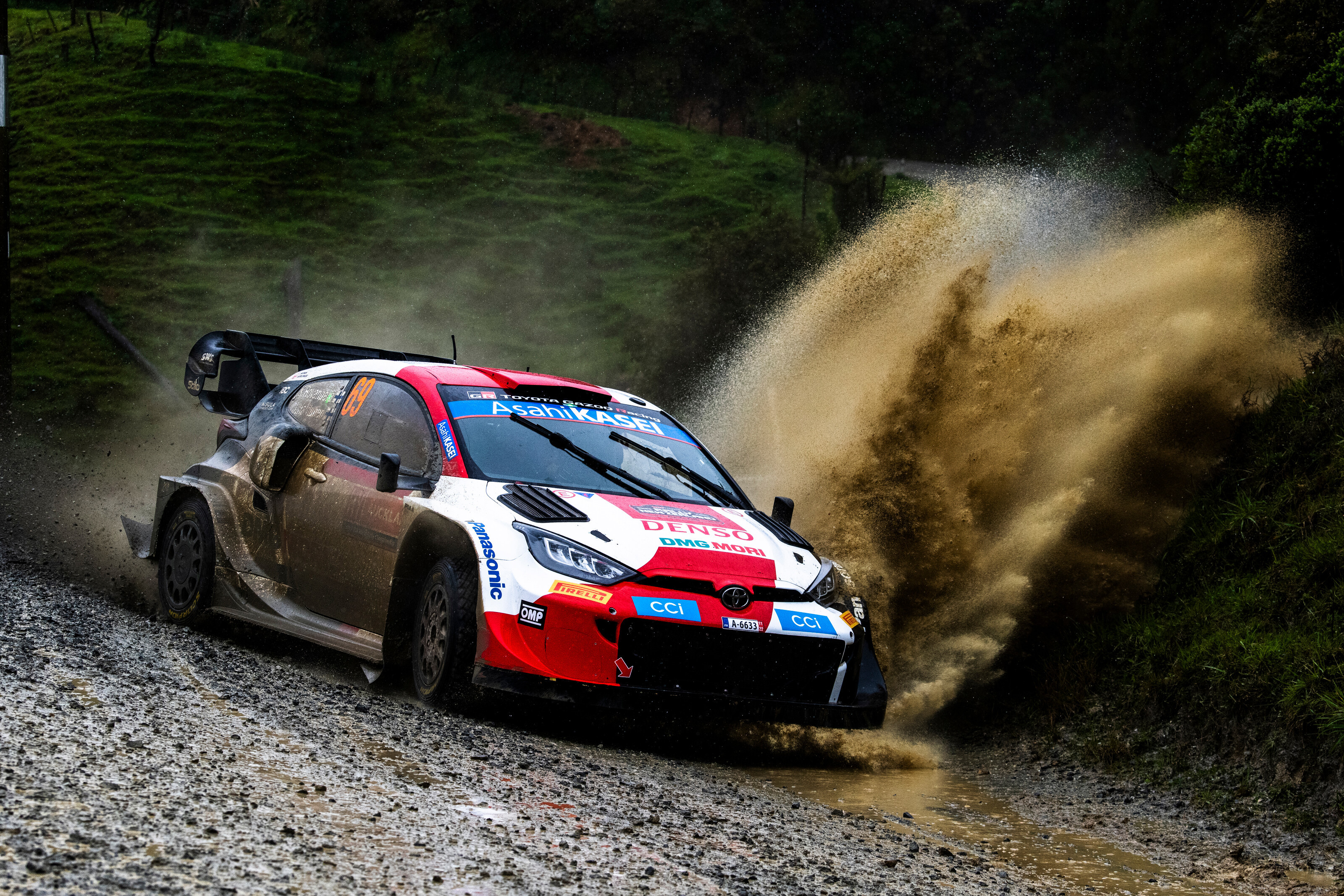 Overall, Kalle Rovanpera celebrated his 22nd birthday with three stage wins and took another step closer to securing the championship – which he could claim on Sunday.

The Toyota driver came into Saturday in fourth overall, trailing Welsh driver Elfyn Evans by six seconds after receiving an overnight penalty for a technical infringement.

Evans’ lead was short-lived when he crashed out on SS9. The high-speed impact tore the front bumper, rear hatch and rear wing from his car.

The car returned to the service park at midday for repairs only for the team to discover further damage, which ruled them out for the rest of the day.

Soon enough, Rovanpera leapt to the lead after winning SS9 while Tanak struggled to find speed on the slippery Auckland roads. 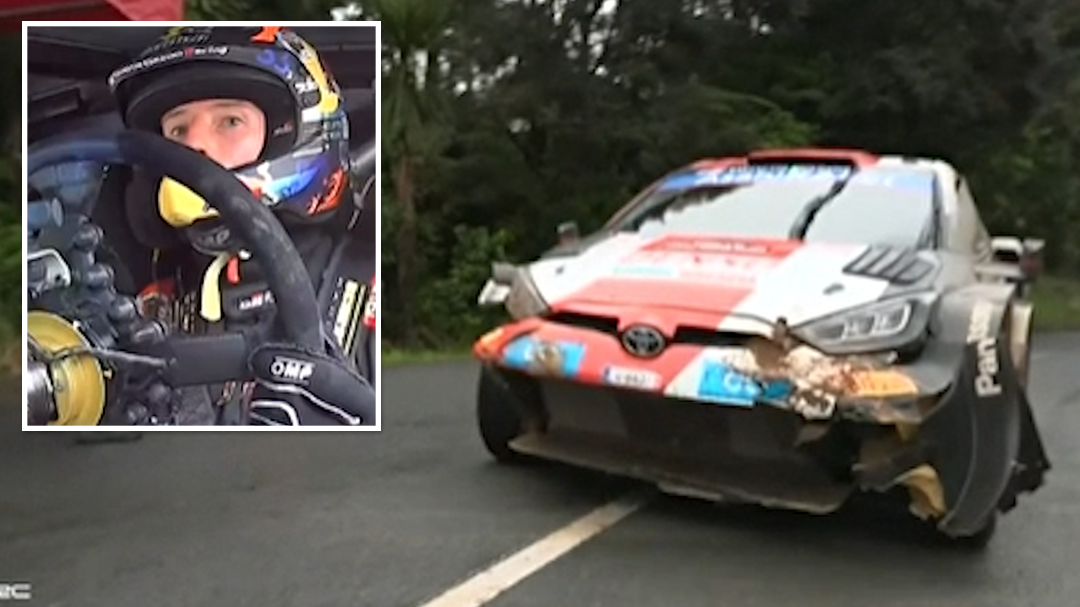 The Finnish driver had the measure over his Estonian rival for the rest of the day, and by the close of proceedings held a 46.4-second lead over Tanak who fell to third.

Sebastien Ogier, who on Friday led the rally briefly, rose to second and was 29 seconds off the pace a the day’s end.

Rovanpera admitted he was taking a conservative approach on the day’s final stage, SS13.

“I was backing off on this one and it feels shit, straight away,” he said with a wry smile.

“I was not enjoying it. But yeah, we had a great day. I can be happy with what we did in those really, really difficult conditions. We pushed really hard.”

It was a bruising day, all told. Evans and Greensmith weren’t the only victims. Toyota’s Takamoto Katsuta slid off the road on SS12 and lightly rolled down an embankment.

Hyundai Oliver Solberg suffered an engine misfire after the midday service, which cost him a ton of time, to languish three-and-a-half minutes behind in sixth.

A total of 31km will close out Rally New Zealand, with the Whitford Forest and Jack’s Ridge stages each run twice.﻿

Is China Secretly Operating Inside the Hawaiian Real Estate Market Under the Noses of the U.S. military?