After winning 16 consecutive games to take out the 2022 premiership, Geelong could incredibly find itself with a strong draft hand due to a shrewd trade move.

The Cats are one of the favourites to capitalise from the Gold Coast Suns‘ attempts to clear salary cap this summer.

Gold Coast, which currently owns the No.7 pick in the draft, is willing to package the prized selection with Jack Bowes in a bid to clear cap space.

He has two years left on his contract. 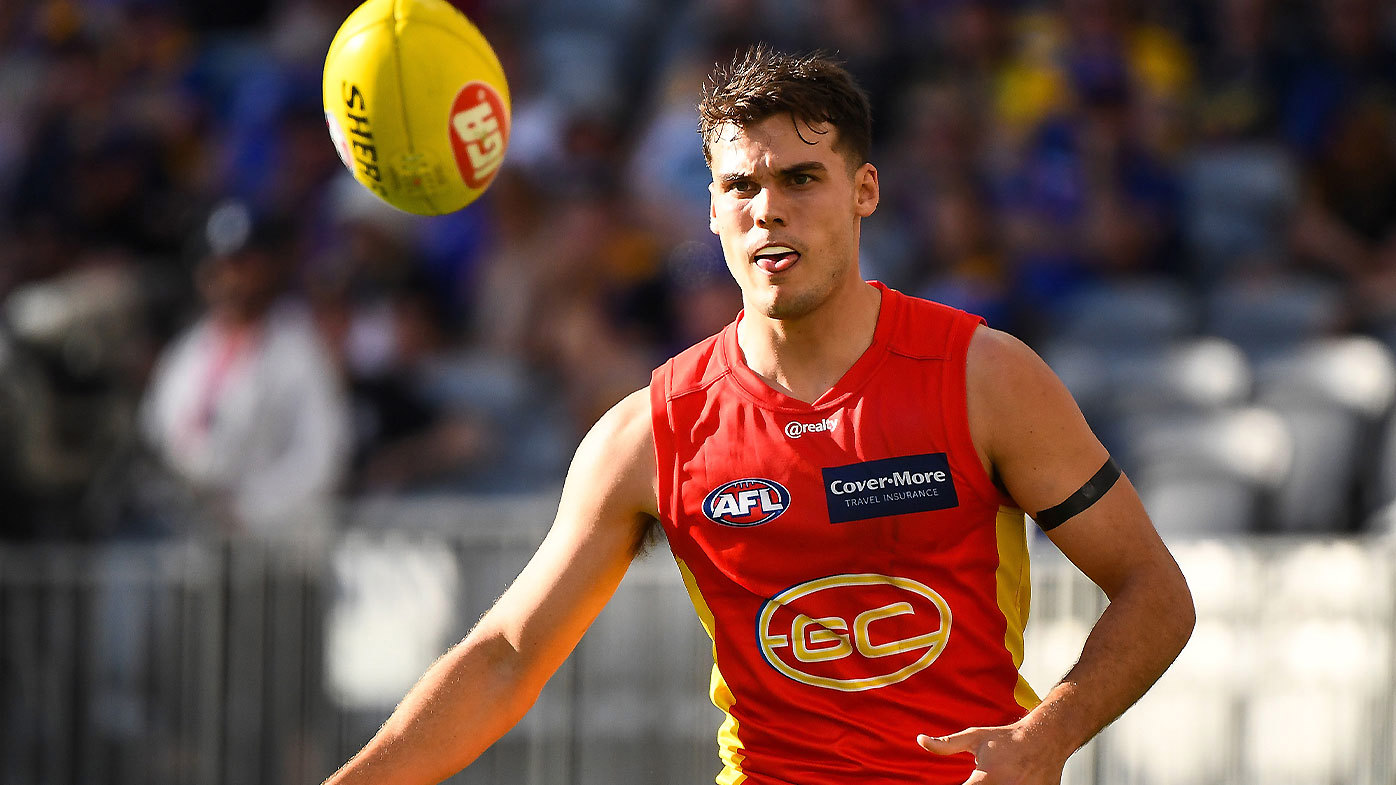 If the Cats are able to successfully execute a trade with the Suns, the No.7 pick will be the club’s highest draft selection since recently-retired skipper Joel Selwood, who was picked seventh in the 2006 draft.

The Suns are expected to be a number of teams who could attach picks to pricey deals in a bid to offload them, with Collingwood the other notable example in its bid to offload star big man Brodie Grundy.

“We’re not the only club in this position looking for cap space this year, the AFL has really opened this up as an option and has almost created a third currency,” Suns list manager Craig Cameron told AFL Trade Radio this week.

“We’ve been doing it around the fringes, but now this is a position the AFL is really comfortable with. 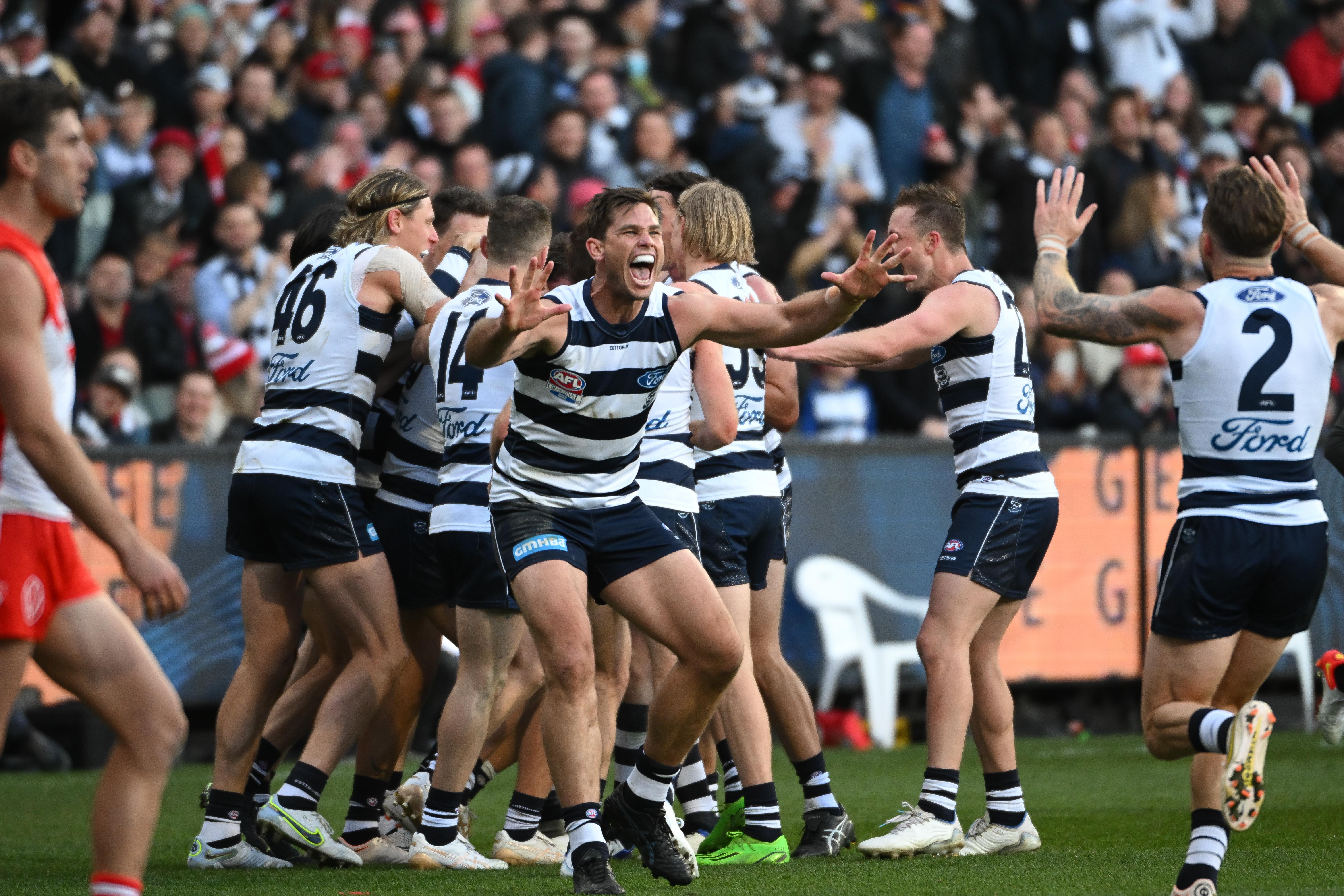 “We’ll be guided a fair bit by what is required to get the deal done. One of the reasons we’re doing this deal so we’re in a position moving forward to (attract) free agents.

“What we get back from a draft position point of view, we’ll negotiate that as well go.

“But it has got to be something that helps us into the future.”﻿

Ahead of what’s set to be another busy off-season of player movement, he’s everything you need to know about the upcoming AFL trade, free agency and draft periods. 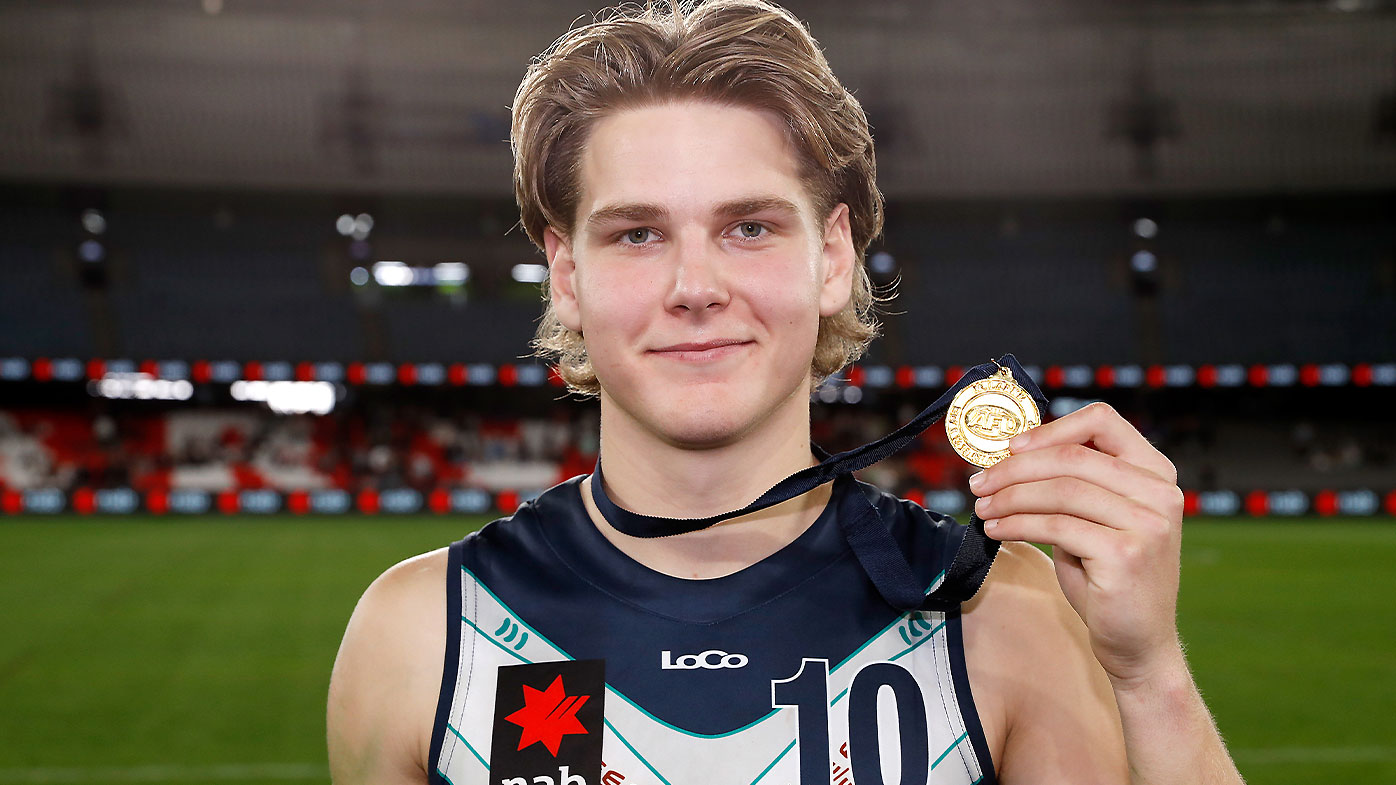 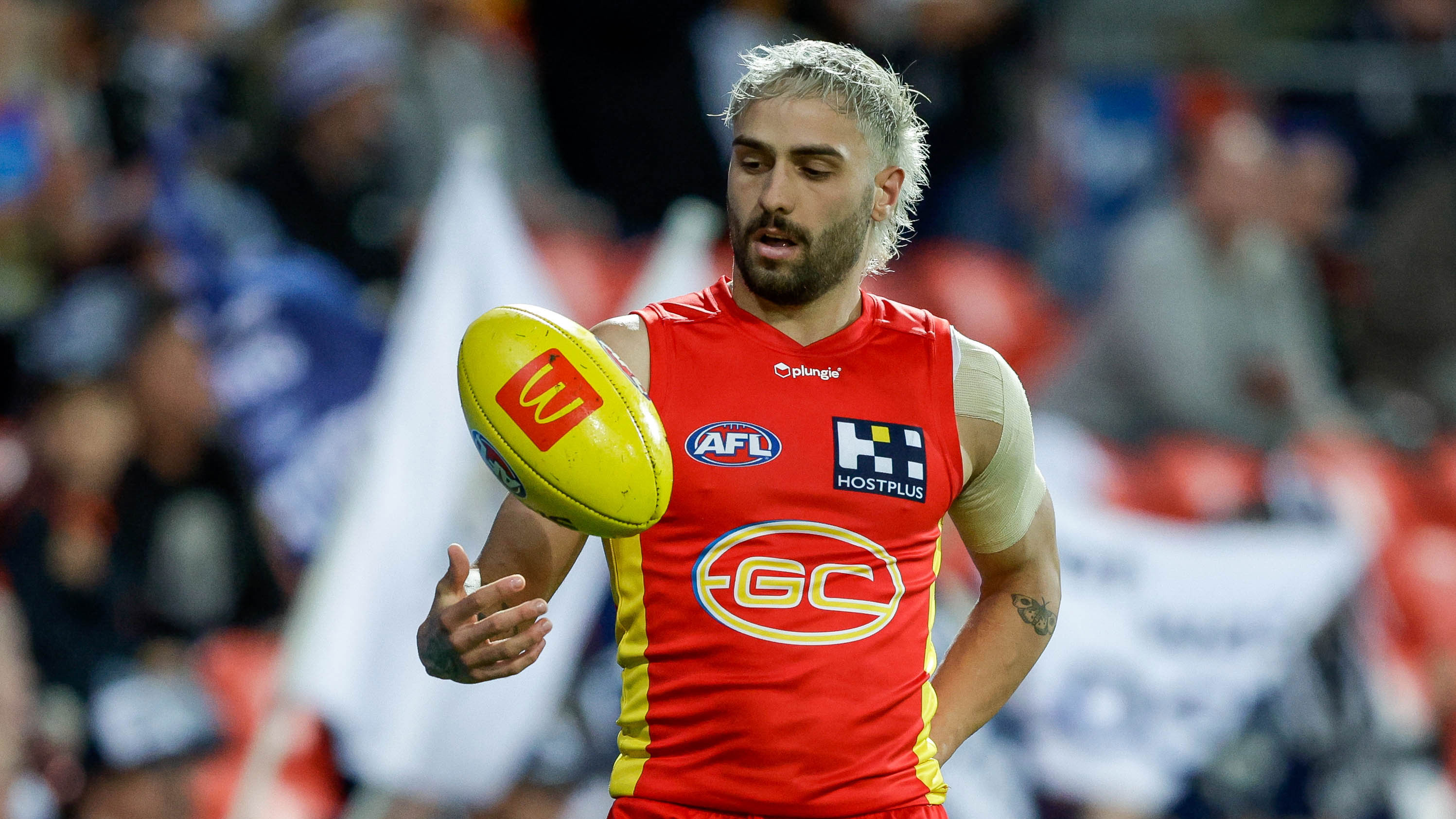 WHAT YOUR CLUB IS UP TO

﻿Adelaide’s main focus will be managing to lure Gold Coast Suns young gung Izak Rankine to the club in what’s sure to be a protracted trade saga. The futures of both Matt Crouch and Fischer McAsey are also up in the air.

Poised to be one of the busiest teams during this trade period after Bulldogs best and fairest winner Josh Dunkley nominated the Lions as his destination of choice. Dogs coach Luke Beveridge has already warned the club to “pony up” in trade talks. Also set to arrive are Hawthorn veteran Jack Gunston and gun father-son prospect Will Ashcroft.﻿ Pressure forward Tom Berry has asked for a trade to the Suns. 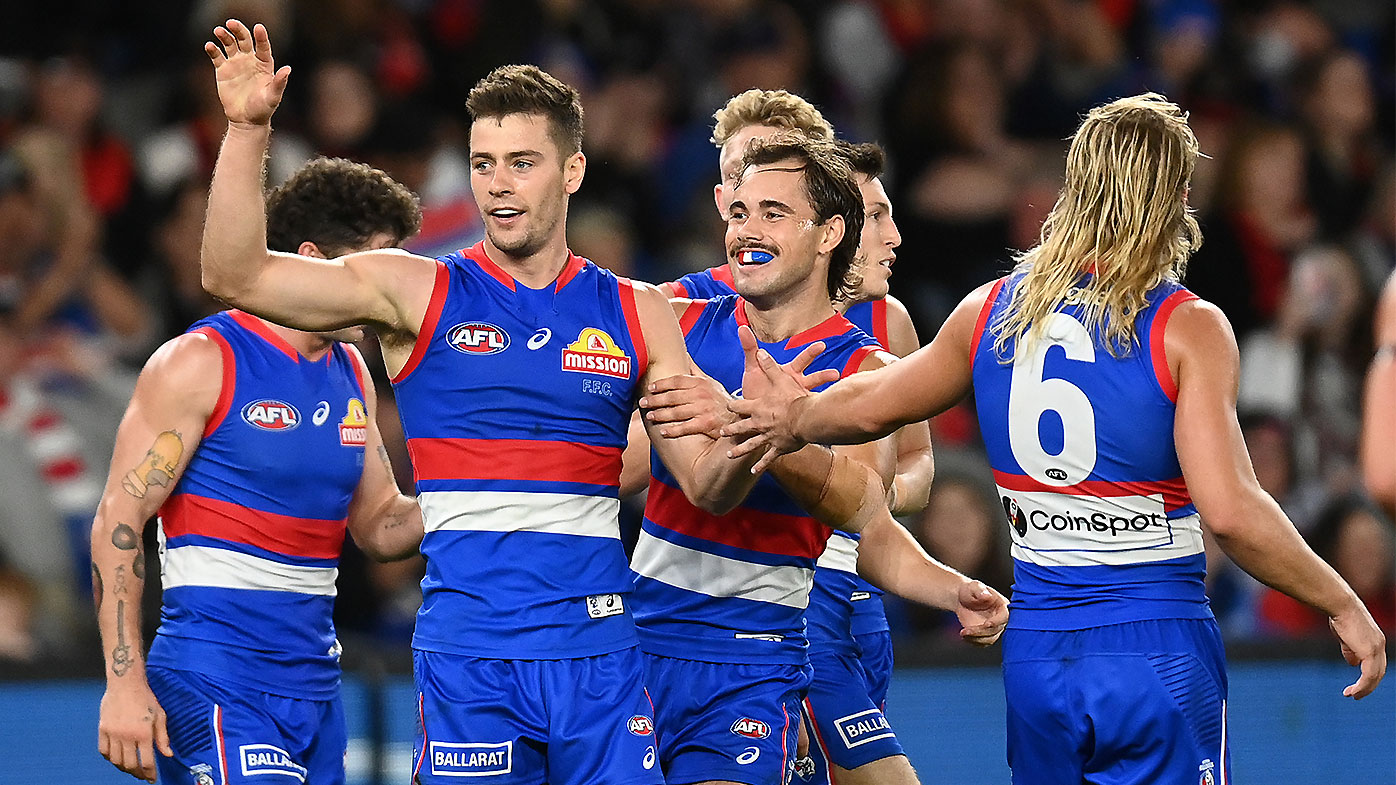 ﻿The Blues are set to add Fremantle wingman Blake Acres to what is an already impressive core. Carlton has also been linked to Crows defender Fischer McAsey, given the club’s need for key position players in defence to support Jacob Weitering.

﻿Collingwood is set for a busy period of player movement with free agent forward Dan McStay expected to join the club alongside Adelaide big man Billy Frampton, GWS Giants forward Bobby Hill, and Gold Coast’s Brayden Fiorini. 2018 Brownlow Medal winner Tom Mitchell could also arrive, while Brodie Grundy is widely expected to be traded out to make room for him. 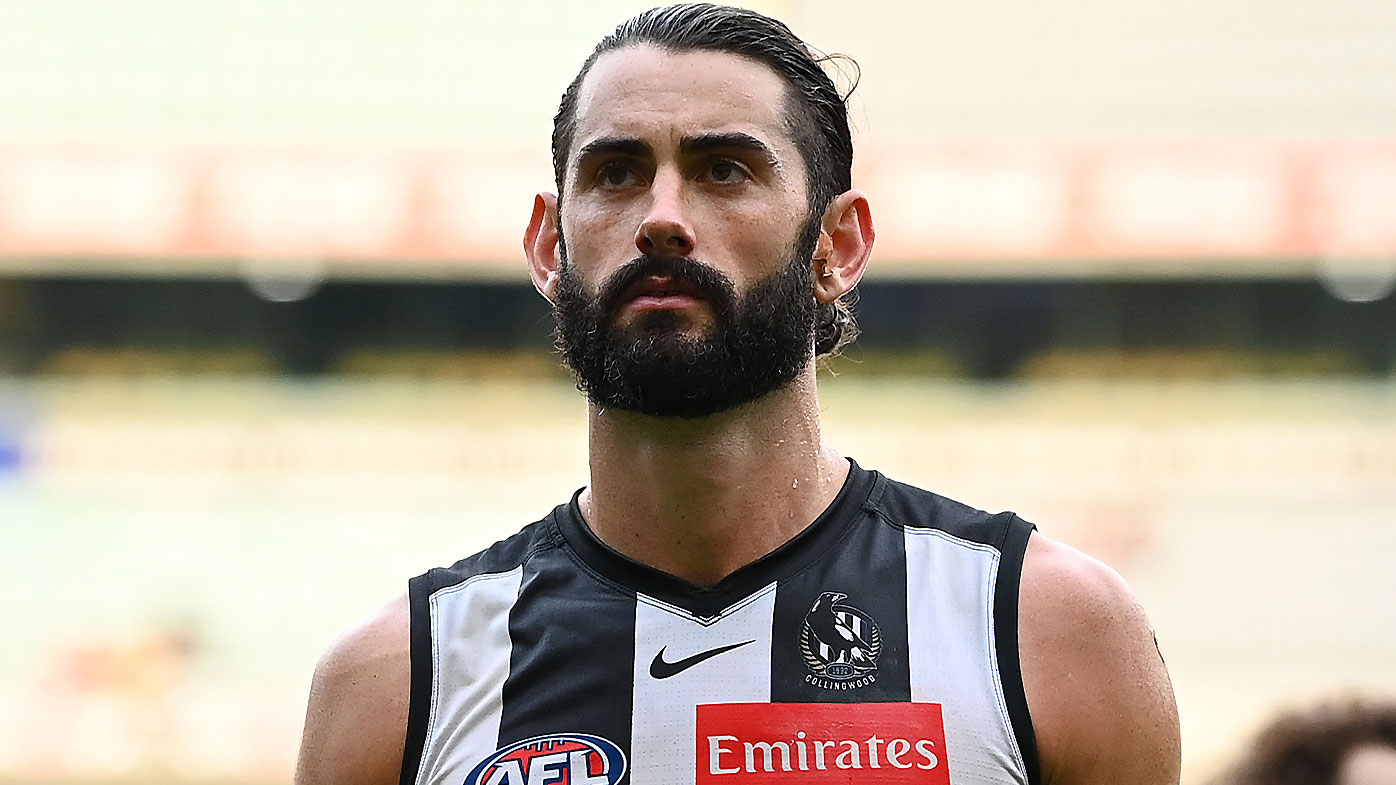 Essendon’s main port of call during the trade period will be an attempt to acquire Jack Bowes and the Suns’ pick No.7 in a deal that will strengthen its draft hand. The Bombers are also in need of more key position players, but will receive a boost with talented father-son prospect Alwyn Davey Jr set to arrive at the club via the draft.

The Dockers’ main business will be acquiring Melbourne’s Luke Jackson. Star wingman Blake Acres has already requested a trade, as has forward Rory Lobb, who wants to join the Western Bulldogs. Swingman Griffin Logue has also requested a move away from the club.﻿ Suns youngster Jeremy Sharp has been linked as a possible arrival. 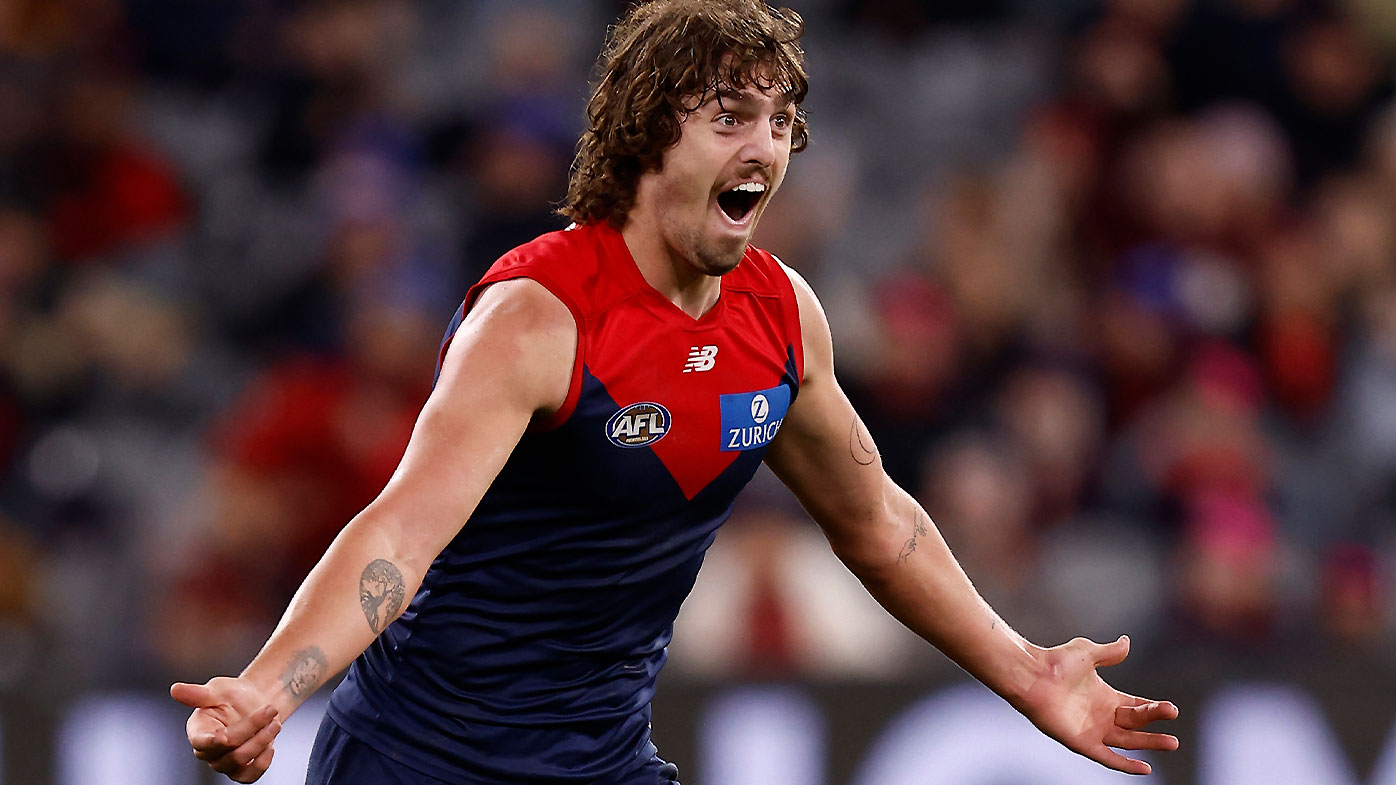 ﻿The reigning premiers are set to be busy customers during the trade period. Geelong is keen on Jack Bowes, while Giants youngster Tanner Bruhn and Collingwood young gun Ollie Henry have both already requested trades to the club.

The Suns are expected to add Lions forward Tom Berry after he requested a trade to the club. Getting Jack Bowes‘ money off the book appears to be its main objective at this stage, with Jeremy Sharp also a potential departure. Brayden Fiorini is also expected to depart the club for Collingwood.﻿ 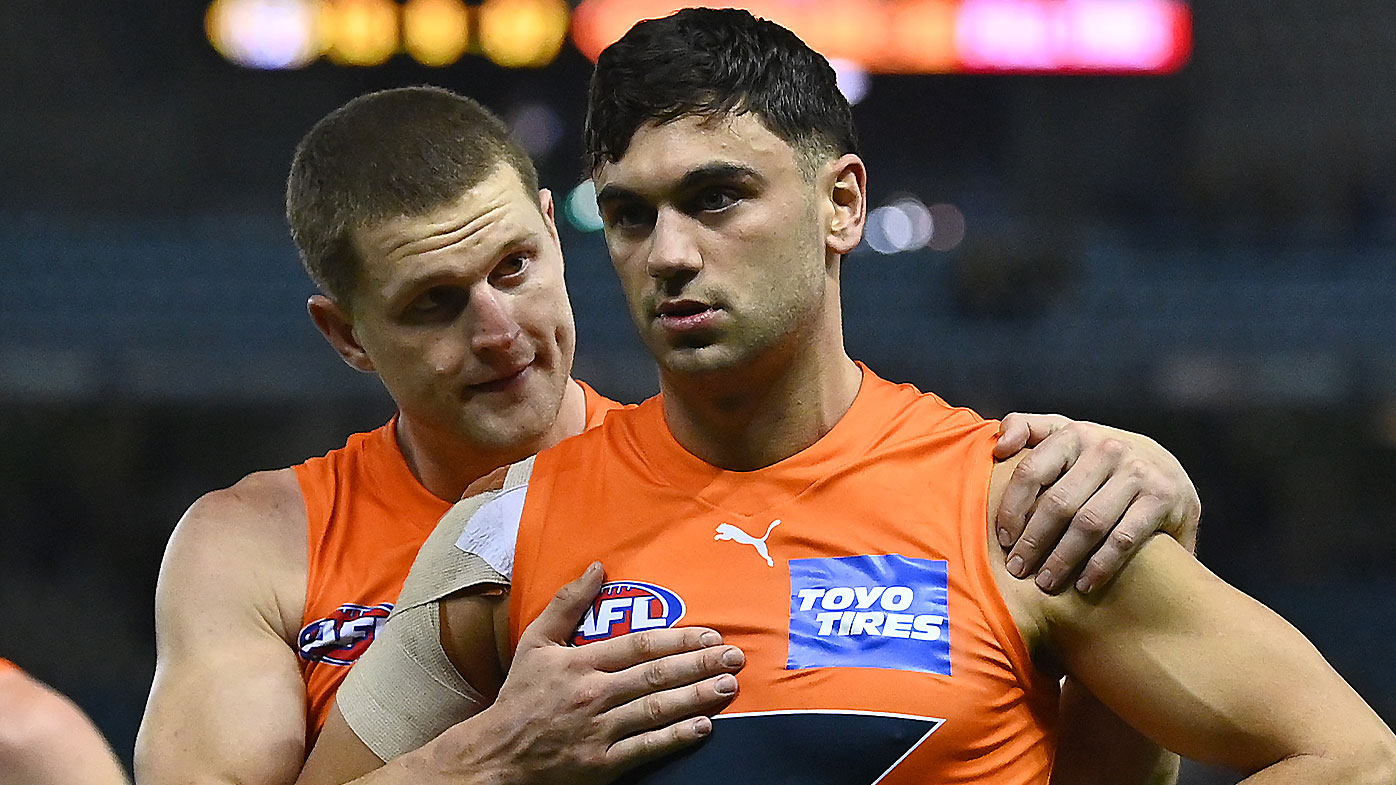 ﻿It is another summer of departures at the Giants with Jacob Hopper, Tim Taranto and Bobby Hill all asking out. Hopper and Taranto have both requested moves to Richmond, which will require significant trade negotiations between the two clubs. The Giants will also play hardball with Geelong over a trade for youngster Tanner Bruhn.

Hawthorn is one of a number of clubs keen on adding Jack Bowes and the No.7 pick from the Gold Coast Suns. While there have been rumours of a Tom Mitchell exit for 18 months, the club is adamant that a request has not been made by the 2018 Brownlow Medal winner just yet.﻿ Karl Amon has already joined the club as a free agent. 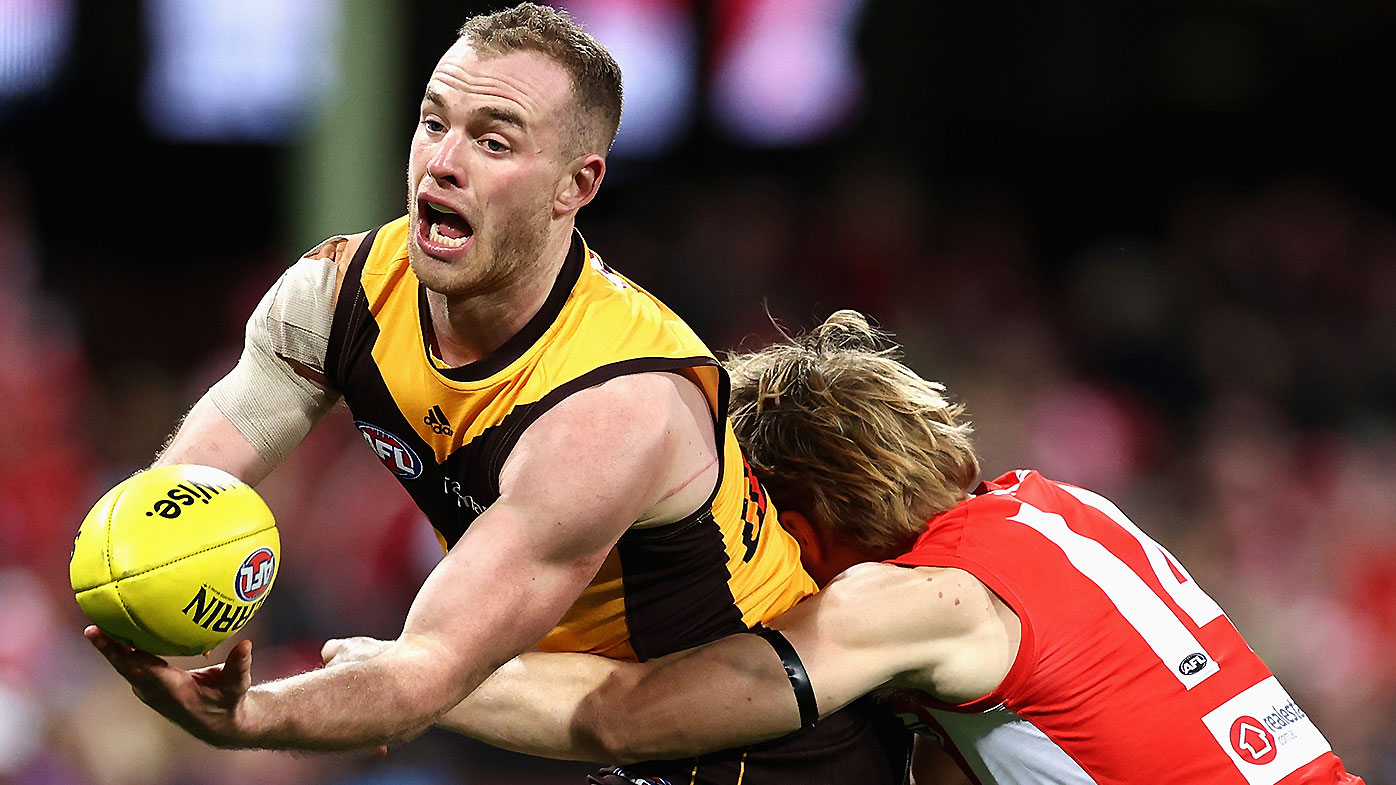 ﻿All the focus at Melbourne will be centred around getting a fair trade deal for Luke Jackson. There remains scuttlebutt around the league around fellow 2019 draftee Kysaiah Pickett, with clubs in South Australia adamant that he could be gettable despite the club’s denials. Toby Bedford, Jayden Hunt and Adam Tomlinson have all been linked with rival clubs. Melbourne is also expected to land Pies big man Brodie Grundy.

﻿Alastair Clarkson’s arrival was followed by a host of players committing to the club, including Fremantle pair Darcy Tucker and Griffin Logue. St Kilda duo Hunter Clark and Bradley Hill have also been linked to the Kangaroos. North is also expected to field offers for their No.1 draft pick. 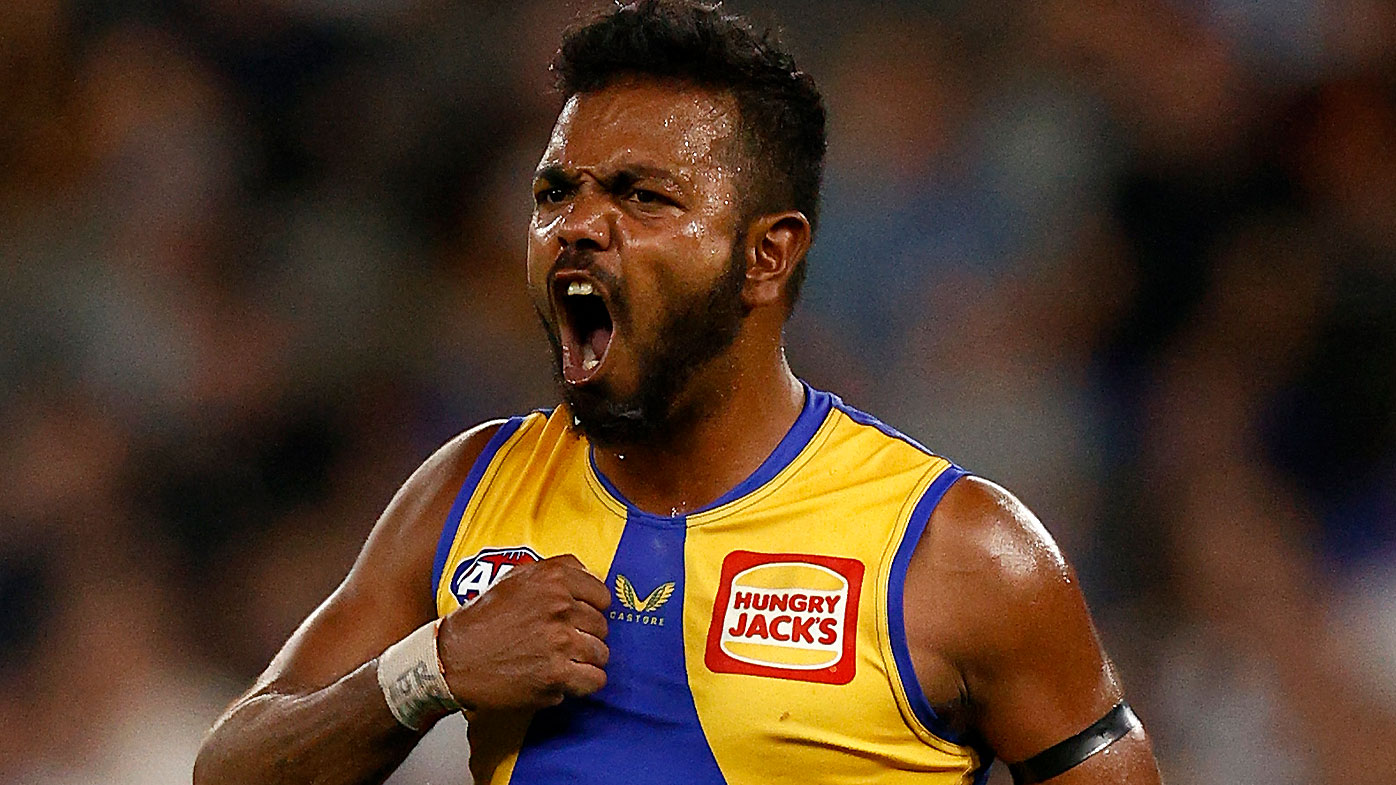 ﻿Port Adelaide will hope to secure a trade for West Coast forward Junior Rioli who has requested a move to Alberton. Richmond midfielder Jack Graham could also arrive at the club having toured the facilities this week. Karl Amon has already departed for Hawthorn as a free agent.

﻿The Tigers will have their hands full trying to land both Jacob Hopper and Tim Taranto from the GWS Giants, who are known to be tough negotiators. Elsewhere, the Tigers could offload Jack Graham to a South Australian team due to a midfield squeeze brought about by the Giants pair’s arrivals. 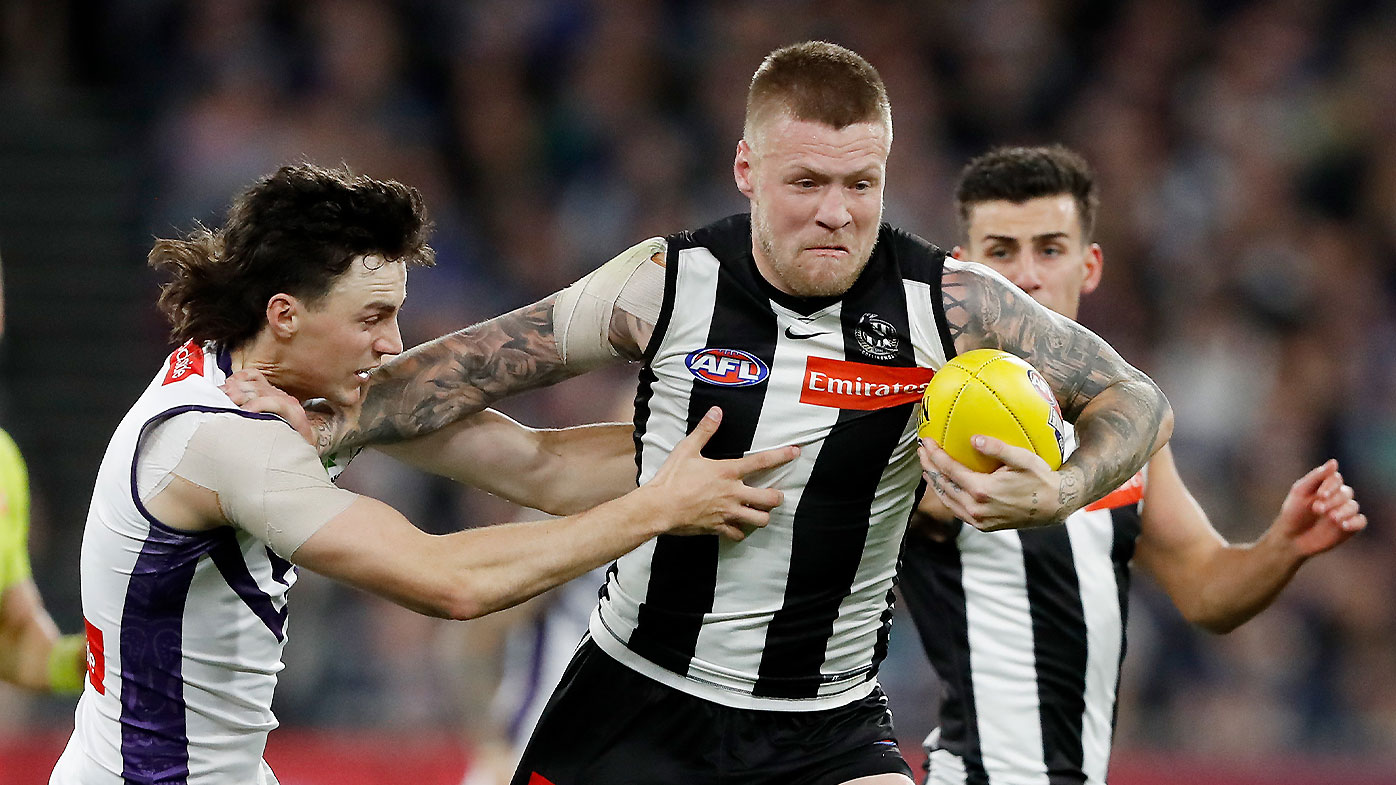 ﻿After being big trade players in recent years, the Saints are expected to focus on the draft this time around. St Kilda was well and truly in on the Jordan De Goey sweepstakes before he re-signed with Collingwood. Hunter Clark and Bradley Hill have both been linked with potential moves away.

Sydney is keen on out-of-favour ﻿Essendon swingman Aaron Francis, who is hoping for a fresh start at a second club. The Swans have also asked the question of Griffin Logue despite him nominating North Melbourne as its club of choice. Tom Papley and Lance Franklin have both recently signed new deals. West Coast’s big business during the trade period will be getting a fair trade deal with Port Adelaide for Junior Rioli. Currently undergoing a rebuild, the Eagles will focus on the draft, but are interested in acquiring Melbourne speedster Jayden Hunt in a trade.﻿

WESTERN BULLDOGS
Current draft hand: 11, 29, 37, 65﻿The Bulldogs have another busy trade period ahead with Josh Dunkley requesting a trade to Brisbane. Fremantle forward Rory Lobb has requested a trade to the club. Liam Jones is also set to join the club as a free agent after quitting Carlton due to the league’s vaccination mandate last season.﻿