Shane van Gisbegren survived a scary moment on day two of Rally New Zealand that left his Skoda with only minor damage.

The two-time Supercars champion, who is making his FIA World Rally Championship debut in the WRC2 division, spun mid-way through Special Stage 4 (SS4).

Contact with an embankment tore the front bumper off his Fabia R5, but the 33-year-old quickly got his car pointing in the right direction before finishing the stage. 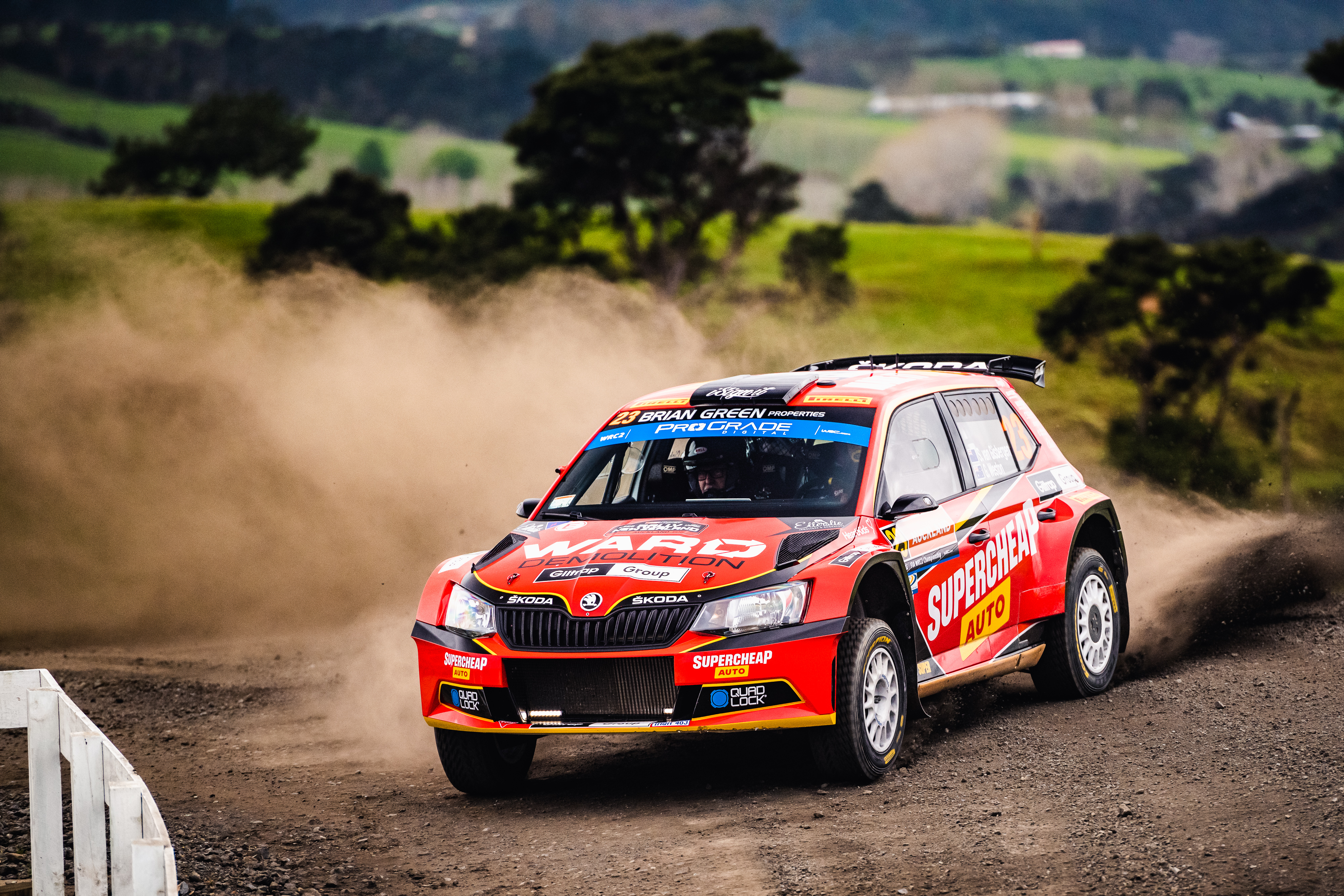 At the end of the morning, van Gisbergen breathed a sigh of relief.

Van Gisbergen replied, “I hope we didn’t damage anything. I think the bumper [has] come off.”

The Kiwi later reported he had a mammoth spin and was “Lucky to survive” but “Dumped the clutch and donutted out of it.”

Despite the incident, van Gisbergen was only 16.6 seconds off the pace of class stage winner Kajetan Kajetanowicz.

At the conclusion of the morning loop, third placed van Gisbergen sat 1:01.8s off WRC2 rally leader Hayden Paddon, who held a 33.8-second lead over Kajetanowicz.

All things considered, it was a solid first morning for van Gisbergen, who averaged a less than one second per kilometre deficit to WRC2 rally leader Hayden Paddon. Leading Australian Harry Bates was fourth in class and 7.6 seconds off van Gisbergen at the end of SS4. He was penalised 10 seconds for tardiness at the start of SS2.

The Estonian holds a slender 2.6-second advantage over second place, which is shared by Welsh Toyota driver Elfyn Evans and Ireland’s Craig Breen of Ford.

Just over 10 seconds covers the top six. FIA World Rally Championship leader Kalle Rovanpera is the last of those, 10.7 seconds adrift of the lead.

It was an impressive start to the rally for the Finish driver who had the disadvantage of being first onto the morning’s stages to sweep the loose gravel off the roads. Several drivers struggled to get to grips. Belgian driver Thierry Neuville spun towards the end of SS3 as did Takamoto Katsuta of Japan.

The rally resumes on Saturday with the Kaipara Hills, Puhoi and Komokoriki stages each run twice.

Stan Sport will carry both runs through Kaipara Hills live and ad-free at 5am and 11am respectively.