Daniel Ricciardo is considering a stint as a Formula 1 reserve driver as his options to remain on the grid next year dry up.

A reunion with Alpine (formally Renault) seems off the cards with the team ﻿determined to bag Pierre Gasly from Red Bull’s sister team, AlphaTauri. However, after committing to a one-year contract extension in June, the team will only release the Frenchman if it has an immediate replacement lined up.

Ricciardo has been linked with Haas in multiple reports, but those talks seem to have stalled, and with Williams the only other vacant seat, it seems increasingly likely that the 33-year-old will slip down the grid or spend a year out of the sport.﻿

Ricciardo had previously floated taking a one-year sabbatical in 2023 if his options became limited, but speaking ahead of the Singapore Grand Prix, he suggested that spending some time inside a top team in a reserve role could be his most practical bet.

“It’s possible. These are all things I’m weighing up.

“I know, having been through the last few years, there’s something [about] — obviously Monza last year was the best-case scenario — fighting for a win.

“What fighting at the front does — when you’ve had that taste, it’s real. That’s ultimately where I want to be.

“I guess I don’t want to just race to race. I want to race with a true belief and understanding that I could be back on the podium.”

With 11 seasons of experience and eight grand prix wins to his name, Ricciardo is by far the most credentialed free agent in this year’s silly season, therefore it would be an unconventional move to regress to a reserve role normally held by juniors.

However, positioning himself in a top team could elevate ﻿the Western Australian to full-time seat at a competitive team should a spot unexpectedly become available in 2024.

Championship powerhouses ﻿Mercedes could be an option with current reserve driver Nyck de Vries catching the attention of team’s by scoring points in his F1 debut at the Italian Grand Prix.

However, as there is no assurance﻿ in F1, Ricciardo acknowledges that the scheme has long odds of delivering success. 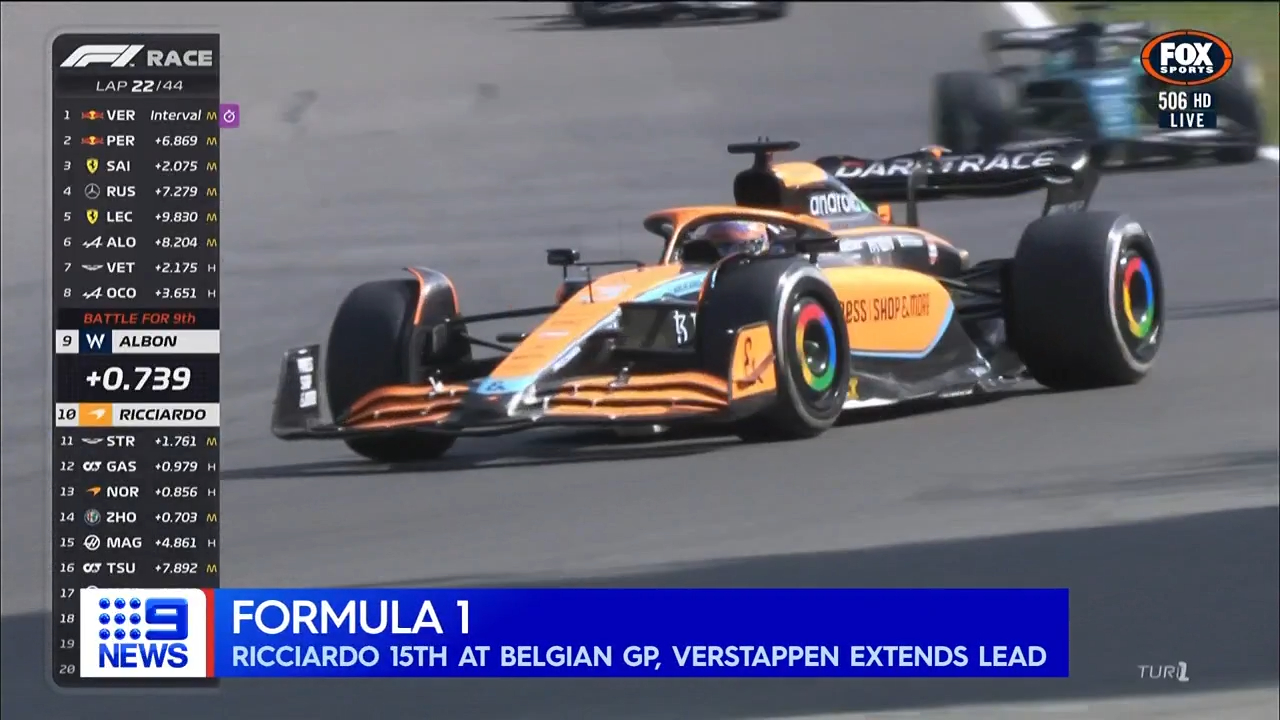 “In an ideal world, [that’s the plan], but I know that if I choose to take a reserve role or not race next year, nothing’s guaranteed,” he said.

“So that comes at a risk, but that’s what we’re weighing up.

“At this stage I think especially with a top team there are no guarantees.

“Of course plan A would be to be on the grid, so nothing’s changed, but … I know the landscape probably changes as well at the end of next year with contracts and whatever.

The Perth local returned home in the two-week break following the Italian Grand Prix. ﻿He said that being away from the sport had proved how much he wants to remain in F1 but also offered contentment at a future out of it.

“After Monza we did a bit of sim and some factory stuff but then I got to get home, and it was kind of just nice being around family and switching off and spending some time at the farm and even just doing fun things — riding bikes and just being a bit of a kid again,” he said.

“That sort of stuff’s cool, but even getting back in the paddock today, I saw Tom [Stallard], my engineer and I felt like I hadn’t seen for a while. I kind of missed him!

“A little bit of time away is powerful. It reminds you how much you miss it.

“If I’m not to be racing, then I feel like there could be a blessing in all that. It could like make me freaking start foaming at the mouth wanting to get back.

“That’s why I’m pumped to be on the grid again, but I’m also seeing positives if that’s not the case.