A brutal late foul call has seen Australia crash out of the FIBA World Cup, Wang Siyu holding her nerve to sink a pair of free throws with 3.4 seconds remaining to give China a 61-59 victory.

China will head on to play the USA for the gold medal, after the Americans thrashed Canada, 83-43. ﻿

Sami Whitcomb reached in and made contact, giving the officials no choice.

“That is a foul all-day long,” Michele Timms said on commentary.

Steph Talbot brought the ball up the court as the Aussies led by two with under a minute to go, but some careless handling invited a steal from Wang Siyu, and two passes later, Huang Sijing had tied the game at 59-59.

Cayla George airballed a possible go-ahead shot with 22 seconds to go, and Ezi Magbegor was denied as the buzzer went.

“To lose by two like that is really, really heart-breaking,” centre Marianna Tolo said afterwards.

﻿”We have to take a moment to reflect on tonight and how we could be better,” she said of tomorrow’s bronze medal match.

“We’ll take today to feel the loss, and then tomorrow we switch off ﻿and right back onto Canada.”

The Opals had done brilliantly to force their way back into the game, with China leading at both half and three-quarter time. ﻿

It was Whitcomb who had forced a turnover and then took it the rest of the way for a breakaway layup, ﻿tying the game at 51-51 with just over five minutes to go. 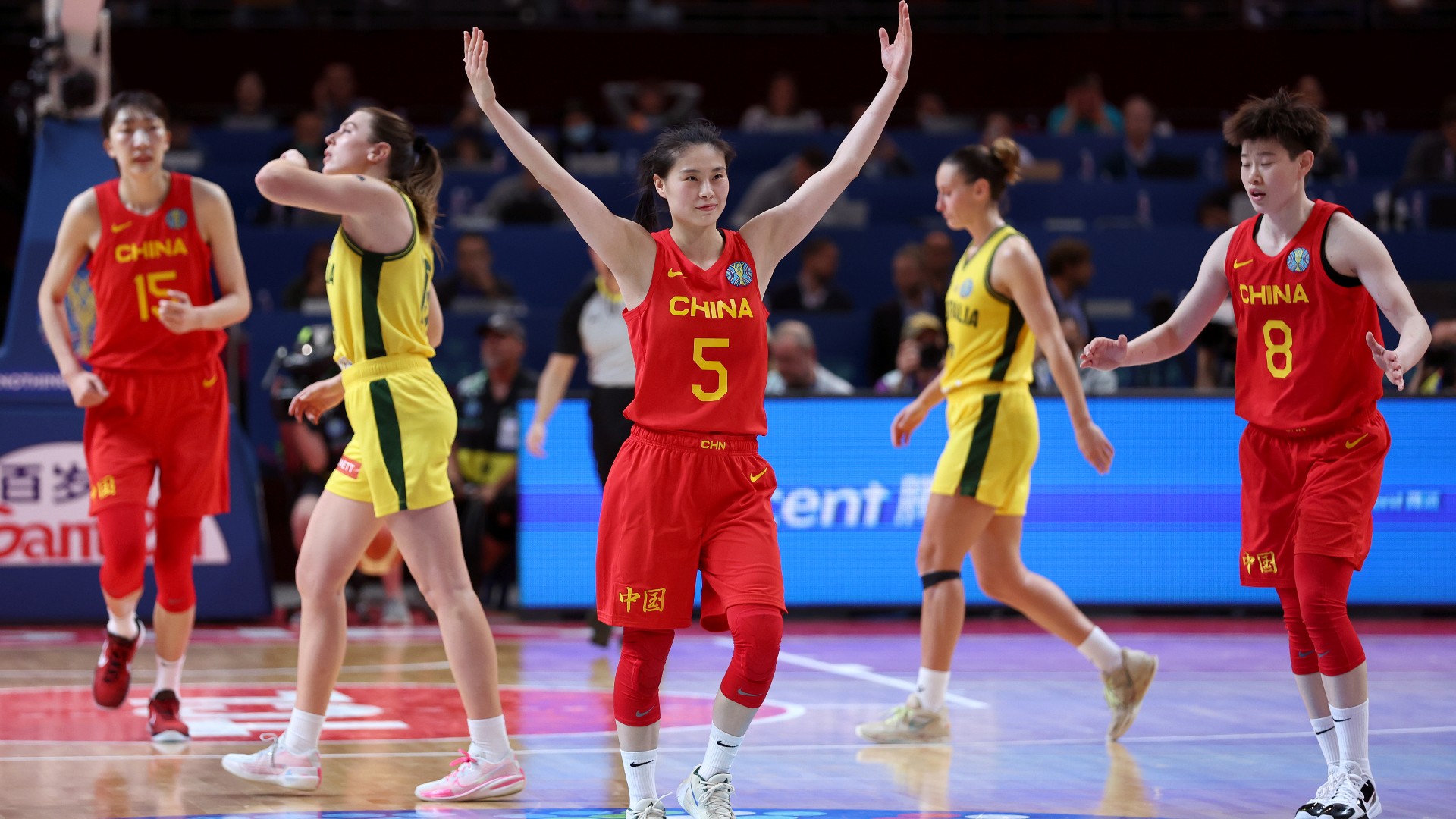 The Opals had trailed for most of the contest until that point but suddenly it was all to play for as a healthy crowd in Sydney willed them towards the finish line﻿.

There was a loud Chinese contingent as well, who made themselves heard, particularly as Kristy Wallace went to the free throw line after a foul call with four to go.

﻿But instead, as the teams traded baskets down the home stretch, it all ended in heartache for the home team.