Creepy Bill Gates Makes Ominious Prediction: ‘We’re Going To Have A Hung Election And A Civil War,’ Misinformation ‘May Bring It All To An End Bill Gates is not only a medical expert with no degree.

The vaccine-touting billionaire depopulation advocate also thinks he is a political analyst.

Those banking on the next election to stop the globalist take over America are in for a rude awakening, according to the Microsoft founder.

Political polarization may “bring it all to an end,” Gates warned during a keynote conversation at the 2022 Forbes 400 Philanthropy Summit.

“The polarization and lack of trust is a problem,” he said. 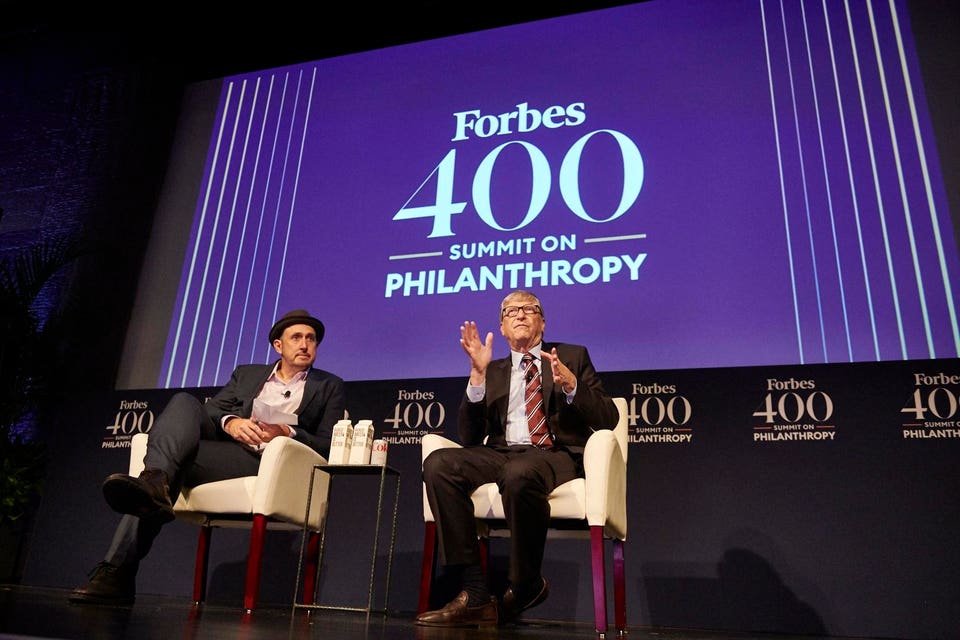 The spread of misinformation, particularly the book authored by Robert Kenedy Jr. exposing Gates’ involvement in eugenics, is fueling polarization, the philanthropist argued.

“One of the best-selling books last year was a book by Robert Kennedy, saying that I like to make money and kill millions of people with vaccines,” he said. “It’s wild that [that] sells well.”

There is no “solution for misinformation and conspiracy theories,”  argued Gates while lamenting how “people approach him on the street to yell at him and accuse him of tracking people with microchips.”

Investments in censorship are worthwhile, he explained.

“People seek simple solutions [and] the truth is kind of boring sometimes,” he said.  Anybody who’s got good innovations on reducing polarization, getting the truth to be as interesting as the crazy stuff, that would be well worth investing in.”

Fortunately, conspiracy theories pertaining to COVID are beginning to wane, he continued.

“I have a group that tracks what’s on the web that’s talking about things that connect to me,” Gates said. “Overwhelmingly during the pandemic, 95% was all the conspiracy theory stuff. It is calming down now.”

Gates, who predicted a pandemic back in 2015 and became famous around the world for his views on Covid-19, surmises domestic polarization and a “hung election” in the United States will ultimately ignite a war.

“I admit that political polarization may bring it all to an end,” he said. “We’re going to have a hung election and a civil war.

“I have no expertise in that, I’m not going to divert my money to that because I wouldn’t know how to spend it.”

The post Creepy Bill Gates Makes Ominious Prediction: ‘We’re Going To Have A Hung Election And A Civil War,’ Misinformation ‘May Bring It All To An End appeared first on The Gateway Pundit.

‘IT’S A CULT’: Whoopi Unveils ‘Little Amal,’ A Terrifying 15-Foot Puppet That She Calls A ‘Powerful Symbol Of Human Rights’