Real hero in Eels win who should be ‘applauded’

Moses travelled alongside his team to Townsville for the Eels’ preliminary final meeting with the Cowboys on Friday. But with the couple’s baby girl arriving earlier that day, Moses unfortunately missed the birth for the opportunity to help his side secure a place in the grand final.

According to New South Wales coach Brad Fittler, baby Aspyn was due the following Monday after Parramatta’s 24-20 victory but arrived “very quickly”.

“ASPYN ELLE MOSES 🤍 23.09.2022 – We couldn’t be more in love with you,” Gardoni and Moses shared to Instagram on Monday, alongside a series of photos and videos of Aspyn, and Moses meeting his daughter.

Moses’ team “sacrifice” was praised as ﻿the halfback also mourned the passing of his grandmother, Barbara Elias, the week before.

Eels coach Brad Arthur made arrangements to move training in the third week of finals to allow the 28-year-old to attend the funeral service.

Questioning whether Johns and Fittler would sacrifice the birth of a child for a footy match, father-of-three Johns told Wide World of Sports’ Freedy and the Eighth that Gardoni should be commended.

“We’re talking a lot about Mitchell but the person we should be applauding is his partner Bri,” he said.

“It’s a huge commitment for Mitchell but for her to actually allow Mitchell to go away and do that, she should also be applauded.” 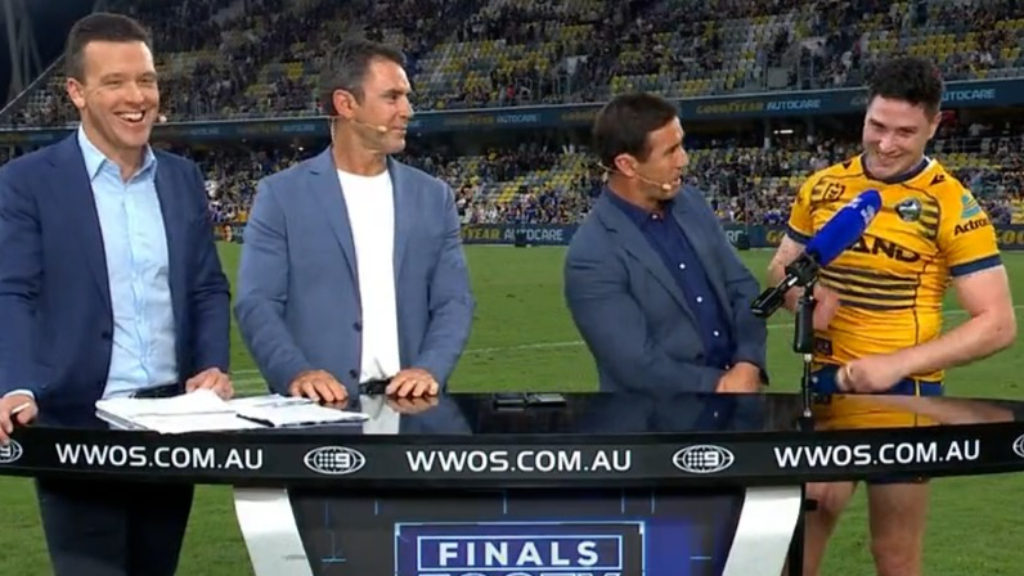 Speaking after the preliminary final, Moses admitted to that Gardoni was not exactly happy with his decision, but ultimately understood as he supported his partner deliver over FaceTime

﻿”She was a bit a bit filthy at the start when she got put in and said this is how it’s gonna happen,” he said.

“She was a bit filthy. But she understood. She’s supported me through everything. She’s seen how much work I put in this year to be in the position that we’re in. I have a family now – all this is for them.”

﻿In seeing footage of Aspyn asleep in her crib, Johns and Fittler swooned over the newborn’s pink blanket and oversized white bow.

“Have you seen a prettier baby?,” Fittler joked.

“﻿I texted [Moses] and said he needed some DNA testing on the baby.”