When FIFA president Gianni Infantino dashed from Geneva to Paris to watch World Cup favourites Brazil in its final warmup game before Qatar, he could not have expected to be confronted by such visual proof of the racism that continues to plague football.

Not least because the sport’s world governing body disbanded its anti-racism taskforce — declaring it had “completely fulfilled its temporary mission” — shortly after Infantino was elected in 2016.

FIFA has implemented a detailed strategy to combat all forms of discrimination, but the incident at the Parc des Princes stadium in Paris, where a banana was thrown at Richarlison Andrade as he celebrated scoring a 19th-minute goal in Brazil’s 5-1 win over Tunisia, showed just how much work is still to be done.

Richarlison had just scored his side’s second goal when the banana was hurled toward him and the other Brazilians celebrating near one of the corner flags. What appeared to be a water bottle and another object also were thrown toward them.

Brazil was using the match to make a statement against racism, with the players posing before kick-off in front of a sign that said: “Without our black players, we wouldn’t have stars on our shirt” — a reference to the five stars above the team crest that represents its five World Cup titles.

The Tottenham striker later tweeted: “As long as it’s ‘blah blah blah’ and they don’t punish, it will continue like this, happening every day and everywhere. No time bro!”

In a statement, FIFA condemned the incident, saying: “First and foremost, FIFA strongly rejects any form of racism and violence and has a very clear zero tolerance stance against such behaviour in football. 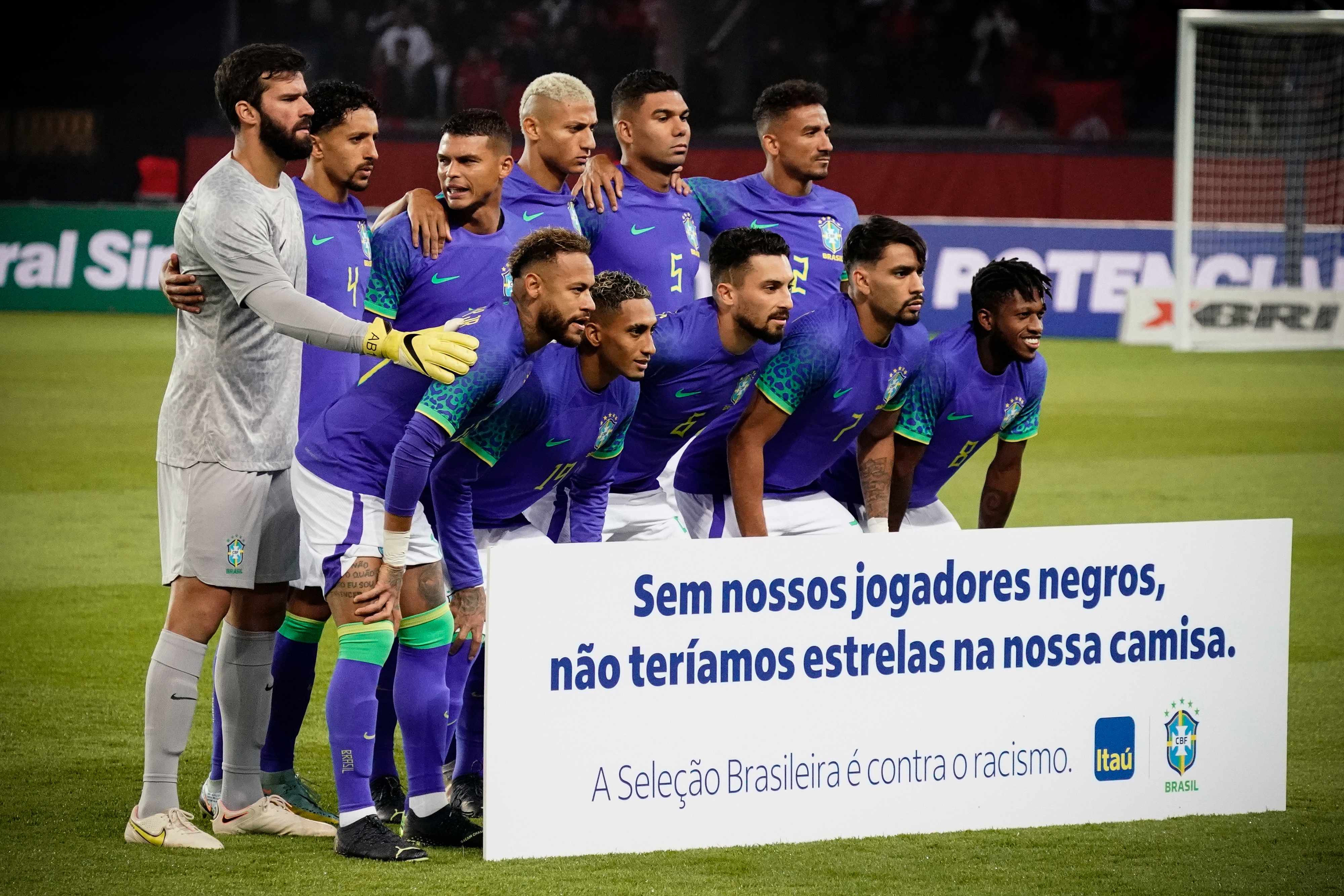 “FIFA will investigate the incident in yesterday’s game in Paris.”

Earlier that day, Infantino had been in Geneva to discuss human rights-related matters and their relation to football with Federico Villegas of the United Nations.

Later on, he witnessed first-hand the latest instance of racism and discrimination, which is prompting such concern within the sport.

Leading players have called out online abuse — but there have also been high-profile episodes within stadiums, with FIFA handing Hungary a two-game stadium ban and a fine after England players were subjected to racist abuse during a World Cup qualifier in Budapest last September.

It raises the question of whether there will be similar occurrences in Qatar at FIFA’s showpiece event.

The FARE network, an anti-discrimination organisation that works with FIFA and UEFA to investigate cases of discriminatory behaviour by fans, does not believe there is a particular cause for concern within stadiums at the World Cup.

“There will be a lot of close monitoring of far-right and racist banners (in Qatar). They will be taken down within minutes,” he told The Associated Press.

“There will be specific analysts in security boxes. There will be a lot of people watching out for these things.”

FARE has contacted FIFA regarding the Richarlison incident.

“The wilful act of taking a banana and throwing it at [a] black player after scoring a goal is breath-taking,” Powar said.

“When we’re reminded what the act means — it is dehumanising.”

Richarlison’s tweet pointed to his lack of faith in football’s authorities to deal with racism.

His club Tottenham has since voiced its support for the forward.

“We are disgusted by the racist abuse of Richarlison at last night’s game between Brazil and Tunisia,” it wrote in a tweet.

“This has no place in football, or anywhere. We stand with you, Richy.”

Former Chelsea player Paul Canoville was subjected to racist abuse from fans of his own club during his career — and believes the stars will eventually take extreme measures in protest.

“The truth is it’s happening throughout the world. Racism is a large problem in football and a huge problem in society.

“When I was warming up I’d hear fans calling me a monkey and throwing bananas. It’s telling me I am an animal.

“The players will walk off the pitch. That will be a statement. I can see that. It will be a team with Black players saying, ‘Enough is enough. Why should I play in these conditions?'”