Penrith is staunchly sticking by head physiotherapist Pete Green as he faces accusations from South Sydney of inappropriate comments towards a rival player.

South Sydney allege Green was sledging Jed Cartwright during the game, referencing a back injury the forward had suffered when he was at Penrith, before moving to the Burrow.

The Panthers are claiming Green was instructing his own players to “get back in the line”, and News Corp reports the club has audio from the night to bolster that story. 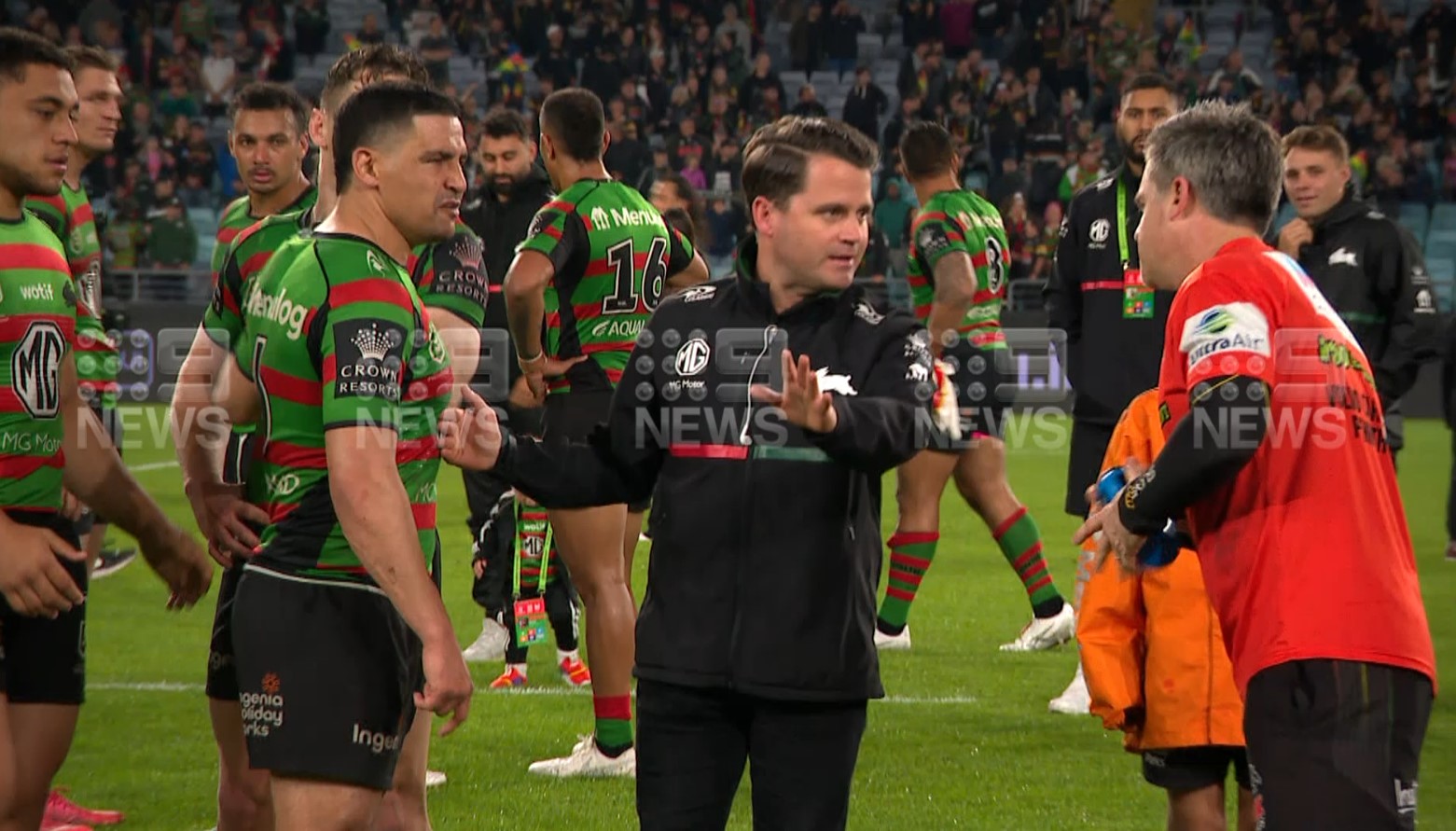 During an open media session and fan day on Tuesday, players were asked about the incident and whether Green deserves to cop the heat he is currently attracting in grand final week.

“﻿I think he’s a big part of our group,” Jarome Luai told 9News.

“With our culture and everything like that, he buys into all of that as well.

“﻿He’s one of the best physios I’ve ever met and worked with. “If anyone is going through something tough like﻿ that, all the boys get around him.

“He’s sweet, he’s a loveable guy and we all love him.﻿

“When anything is said bad about ﻿a person who you know is an awesome guy, and does a lot for the team and the community… it’s pretty sad to see.”

It’s understood neither club has filed an official complaint about the ugly incident after full-time on Saturday.

Green is expected to be allowed to act as Penrith’s runner in the grand final against Parramatta on Sunday.

﻿﻿﻿﻿For a daily dose of the best of the breaking news and exclusive content from Wide World of Sports, subscribe to our newsletter by clicking here!