The NRL’s biggest awards night is here again – here’s everything you need to know.

What is the Dally M Medal?

First awarded in 1979 to Dragons fullback Steve Morris, it is the yearly awards night to acknowledge the best player in the NRL, and is named after Roosters legend Herbert ‘Dally’ Messenger.

Where will the Dally M awards be held?

This year’s Dally M Medal awards will be held at Randwick Racecourse.

When is the Dally M Medal awards?﻿

How is the Dally M Medal decided?

Judges vote on a 3-2-1 basis after every match and the player with the most votes at the end of the regular season is crowned the winner.

Players who are suspended lose three points, and become ineligible should they serve a multi-week ban, or be suspended twice.

When the points tally went behind closed doors after round 12, Dragons halfback Ben Hunt was in the lead with 19 votes, ahead of Isaah Yeo on 17 and Nicho Hynes on 16.

Either Dylan Edwards, Mitchell Moses or Yeo could become just the fifth player in the past 35 years to win both a premiership and the game’s top individual medal, should they be victorious.

Who are the favourites for this year’s Dally M Medal?

Betting on the award is banned, but there are a few players that﻿ are in contention:

The clubhouse leader at the halfway point, the No.7 played almost a lone hand at times in a St George Illawarra team that fell away late in the year.

Working against Hunt is that the team didn’t make the finals, and in those past 12 rounds after voting went private, they won just six games.﻿ 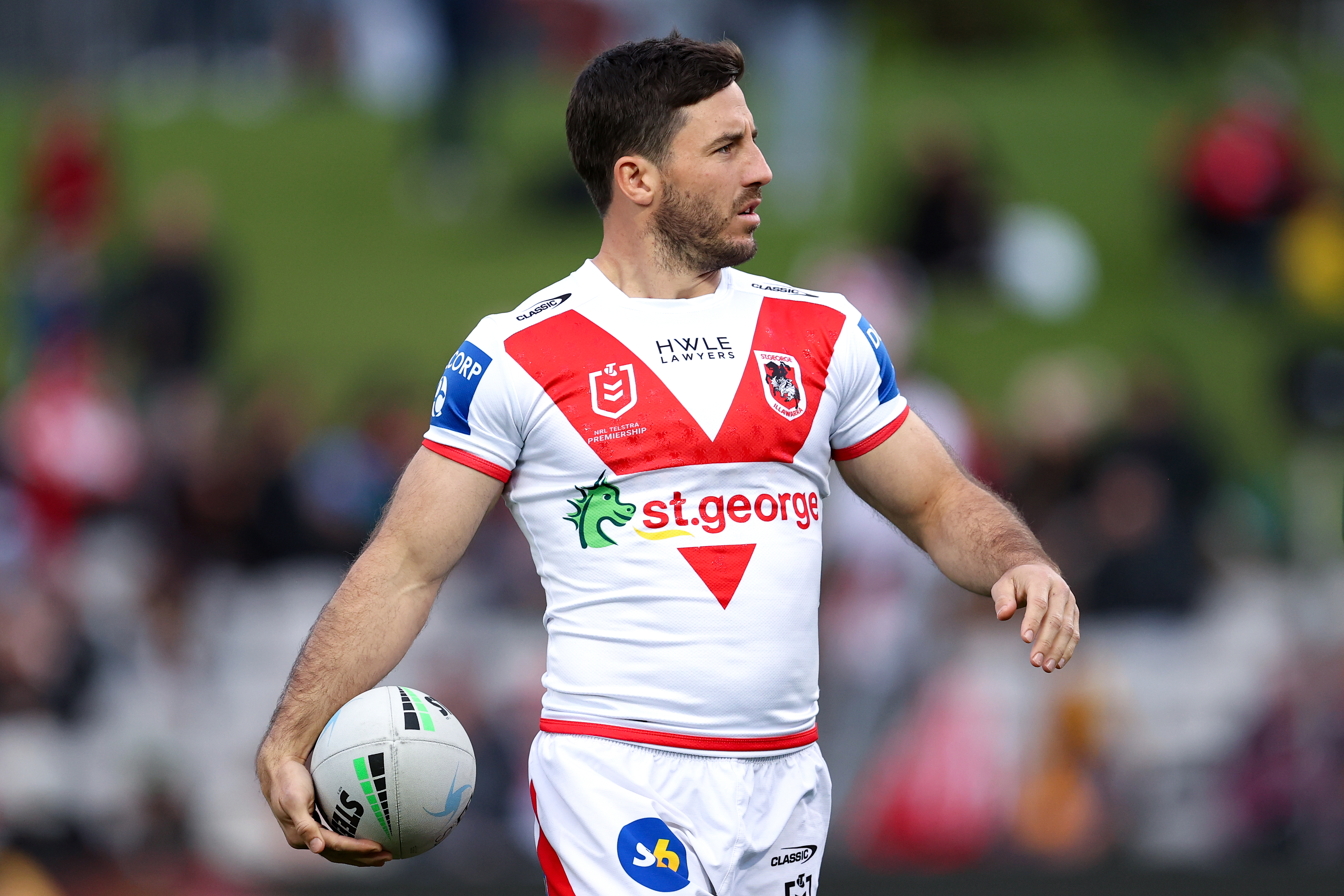 After leaving the friendly confines of the Melbourne Storm to ‘make a team his own’, the new Sharks star passed his first season with flying colours, and ﻿was even tipped by Hunt to be the one who claims the award.

Often under-appreciated in past years, the NSW Origin star and Penrith co-captain is now rightfully recognised as one of the game’s best players. It’s obviously a lot harder for a forward to win, but Yeo is every bit as important to Penrith’s playmaking as their spine players.

Fresh off an incredible performance ﻿against Souths on the weekend, the fullback has well and truly deserved the plaudits he’s been given this year, and is a read hot chance of winning.

The 2019 champion is still the best player in the game in the eyes of many, and despite the Roosters’ slow start to the season, ﻿has had one of his best seasons to date.

While other Melbourne players were struggling, missing games through injury or not performing, their mercurial five-eighth remained at a high level throughout. ﻿

He was Parramatta’s top vote-getter before the award went behind closed doors, ﻿and although he missed a couple of games late in the year, is still an outside chance.

How many players make the Dally M Team of the Year?

Until 2019, one player was selected from each position to form the team of the year – but for the past two seasons, ﻿a full XIII was selected with two wingers, two centres, two props, and two second-rowers.

Who has won the most Dally M Medals?

Seven players have won the award twice: Peter Sterling and Jarryd Hayne for the Eels, Cooper Cronk and Cameron Smith for the Storm, Cliff Lyons for the Sea Eagles and Gavin Miller for the Sharks, while Mick Potter is the only man to win the award with different clubs – at the Bulldogs in 1984, and the Dragons in 1991. ﻿