Stepping into a cage or a ring for any fight is a daunting task, beyond most mortals – and it’s hard enough when winning is all that matters. But what if you didn’t just need style or substance, but both?

﻿Dana White’s Contender Series, where fighters from independent promotions face off in Las Vegas in front of the UFC supremo, has been a springboard to success for several Australians – most recently Shannon Ross, who lost his fight but impressed White so much that he offered him a contract anyway. ﻿

But that’s the tricky thing about this specific opportunity. It’s not even about winning or losing, it’s about how you carry yourself, and how much you can entertain.

Featherweight Jack Jenkins is the next Australian fighter to get his chance, as he ﻿prepares to take on Ecuador’s Freddy Emiliano Linares – and he has no concerns about being able to impress.

“If I had been a guy that gets on top and wrestles and just does the bare minimum, then I’d be worried about it and I’d think about changing – but if you look at my last few fights, they’re heavily striking-dominated, where I do a lot of damage, which is what the UFC wants,” he told Wide World of Sports.

Jenkins grew up playing rugby union, plying his trade as a scrum half and doing kickboxing in the off-season.

“That was up until I was 18, I went to Canada and I was playing rugby over there – but when I came back, I wanted to make the NRC team for the Melbourne Rebels, didn’t make it and went ‘right, time to go back to fighting’.”

The almost decade-long grind could be about to ﻿pay off, with a contract in the UFC tantalisingly close.

“It’s a huge opportunity, and one that at certain points along the way, ﻿didn’t think was going to come – right up until when I got the call, we’d booked another fight because we weren’t sure that they were going to make the call for this season of the Contender,” he said.

“﻿I think I’m more than ready for it. And I think my resume up until now has definitely put me in a good position to go there and do really well – so while I’m not underplaying the enormity of the opportunity, I also believe that I deserve it and that I’m at the level to do really well there.”

Jenkins is red hot at the moment, having won his last six fights and earning belts across multiple promotions. 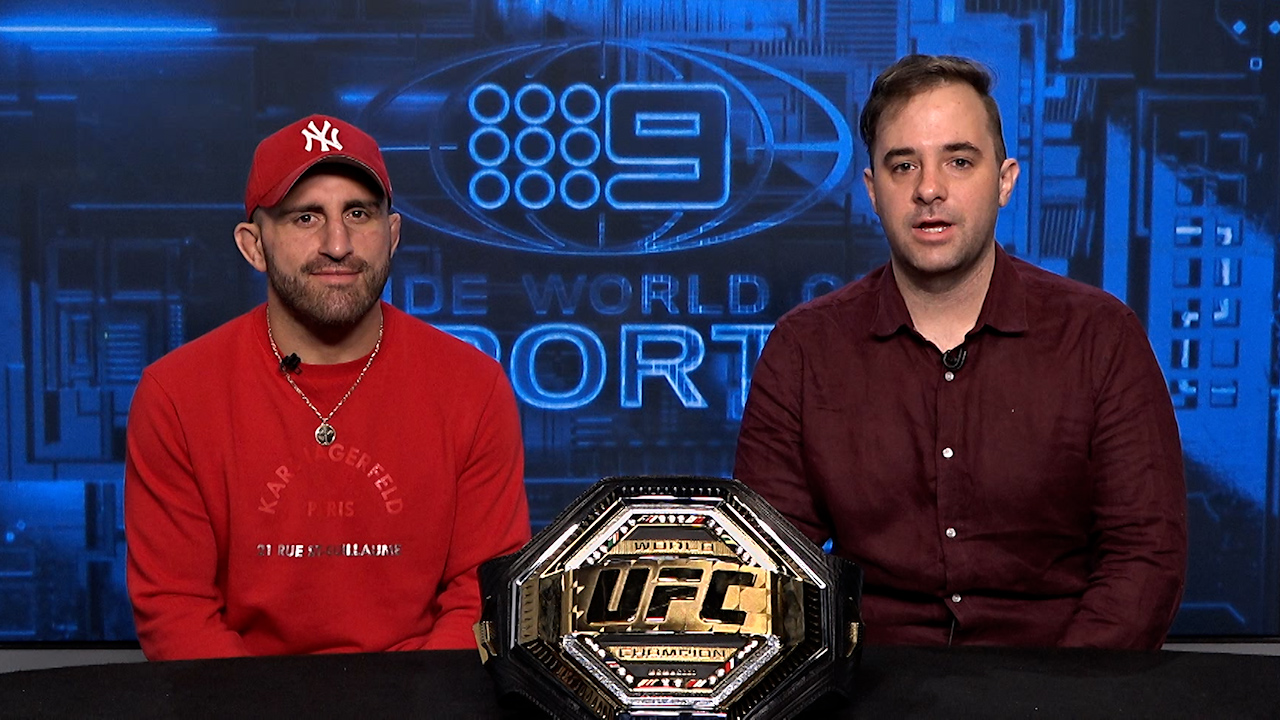 “Volk’s always happy to sort of help out, technique-wise, and build the people around him up. ﻿And he definitely doesn’t just shelter that to his direct teammates,” he said.

“We’ve sparred a few times, and ﻿obviously I’m helping him out by giving him rounds as well, but he’s more than happy to help out and give you pointers.”

Jenkins comes into the fight as a firm favourite with the bookies, and says a mixture of skill and strategy will serve him well.﻿

“If you watch my last few fights, you’ll see weaknesses I recognise fairly quickly – one example is leg kicks, they were blading their front foot. So of my last four opponents, three of ﻿them have ended up with a broken leg after the fight,” he said.

It’s a gruesome claim to fame, and not one he relishes – but once you’re locked inside a cage, it boils down to kill or be killed. ﻿

“I don’t necessarily have any joy in breaking someone’s leg or their jaw or whatever, but at the same time, it’s better him than me – and I’m making sure that it’s not me,” he said.

“It’s a brutal sport, so I just embrace the brutality in that moment, and ﻿just try to do as much damage as I can and take as little damage as I can.”