Brown had been out in the cold and rumours were swirling of a rift with Arthur, given the former State of Origin lock hadn’t been sighted in the top league since round 17.

And so it shocked all and sundry when ﻿Arthur dropped a grand final week bombshell and named Brown in the No.14 jumper on Tuesday afternoon.

While Brown, 29, has played 108 NRL games for the Eels, his future at the club is under a cloud and has been for a number of months.

﻿The coach is adamant there is no rift between he and his player, and explained Brown’s shock selection was simply a case of horses for courses as a battle with Penrith looms. “I felt like last week we needed extra coverage in the back row, and as it turned out we got two head knocks in the backrow so Carty (Cartwright) was handy for us there,” Arthur explained to Wide World of Sports’ 4BC radio.

“Carty has been an integral part of the team for us all year, and I think the team we’re playing against this week we need an extra middle forward.

“Browny has been training really well, he’s got himself ready. He is coming off the back of a broken thumb but he did have one game back going into a (NSW) Cup final.

“He’s ready to go. He will bring that extra grunt through that middle third of the field, which I think will be really important against a good, strong forward pack.﻿”

Cartwright is not the only hard luck story at Parramatta this week. 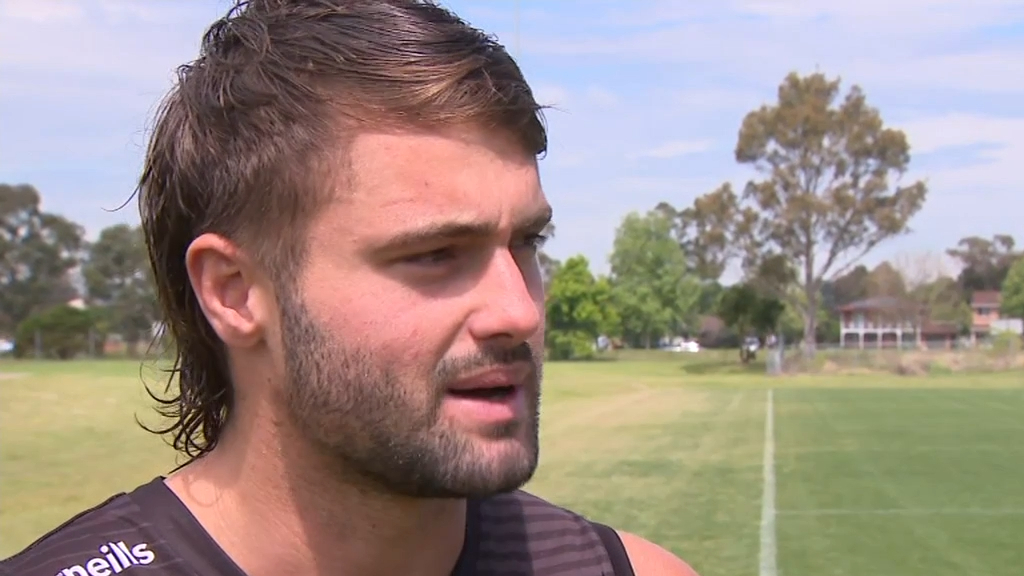 Utility back Tom Opacic would have been lining up at centre if not for a hamstring injury that will rob him of a grand final appearance.

Opacic was withdrawn from last week’s preliminary final, ﻿and then pulled up lame during a fitness test on Monday. Bailey Simonsson will instead play at centre on Sunday.

It’s a cruel way for Opacic’s Eels career to end, as he heads to the Super League in England next month.

“He’s a great bloke. I remember his debut speech to the team, he told us he was going to be reliable, and to his word he’s been reliable for us,” Arthur told 4BC.

“He’s one of the team favourites. It is devastating he is going overseas, but he got us to this position and we need to make sure we make the most of it, and he will be a part of it come Sunday.

“Even though he won’t be out on the field we’ll still remember what he’s done for us.﻿”