When Geelong was unceremoniously dumped out of last year’s preliminary finals by Melbourne, there were significant doubts about the future of coach Chris Scott.

Scott was set to come out of contract at the end of the following season, and having been at the helm for over a decade at the Cattery, there was a school of thought that perhaps he’d overstayed his welcome.

Make no mistake, at most of the AFL’s 18 clubs, last year’s disappointing finals exit would’ve spelt the end for Scott.

But Geelong isn’t like most of the AFL’s trigger-happy clubs, and the coach knows it too. 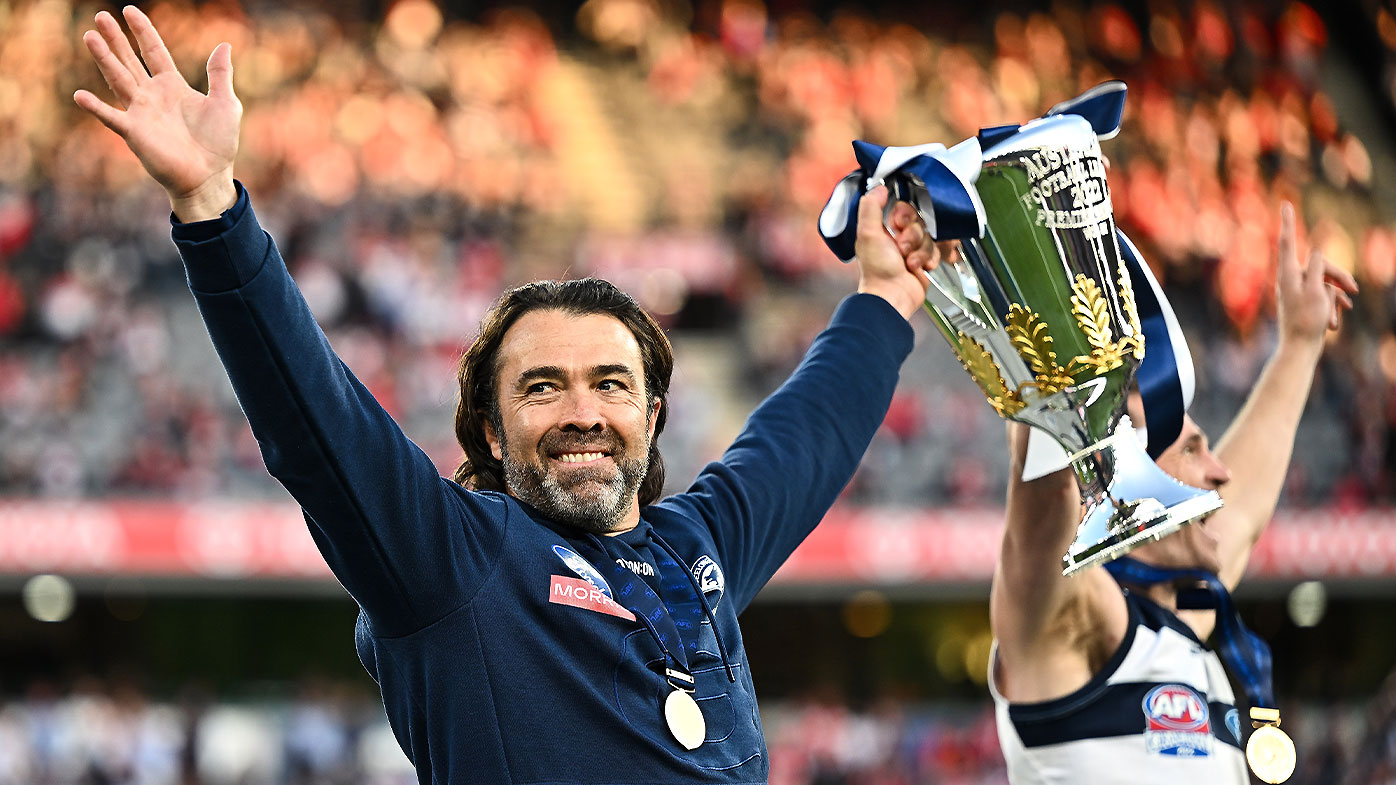 ﻿Part of the uncertainty around Scott’s future was tied to a change right at the top of the club’s power structure, with Steve Hocking replacing long-time CEO Brian Cook.

After last year’s sour ending, Scott admitted he’d approached the club’s powerbrokers with a simple, but important question: “Is this still working for us?”.

While some had predicted Hocking could seek a fresh start, the new CEO did the exact opposite, immediately endorsing Scott and the two parties agreed on an extension prior to the season that ensured Scott’s future would not be a distraction.

Following his side’s premiership win, the second of his coaching career, Scott spoke glowingly about his relationship with Geelong.﻿

“﻿I’ve just been so fortunate,” he said.

“I’m a huge believer in sliding doors moments and the success that people have in their lives aren’t all their doing. 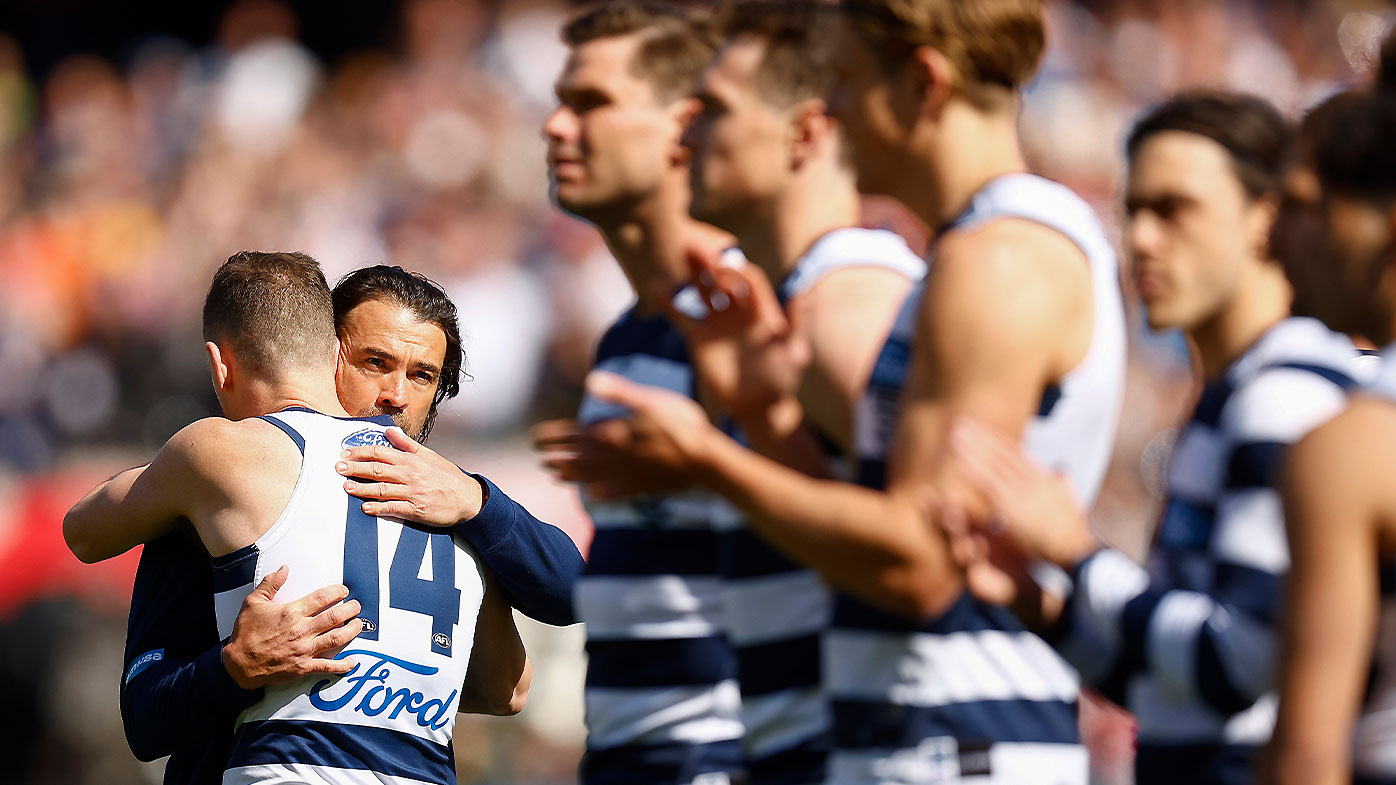 “If Leigh Matthews hadn’t decided to have a go coaching Brisbane in 1999 then I wouldn’t be here.

“The same is true when I started in Geelong, they took a punt on a 34-year-old coach who’d been an assistant for a few years and effectively had no idea what he was doing.

“But they didn’t say, ‘We’re going to throw you to the wolves and see how you go’, they shepherded me through, and that’s continued over the last 10-12 years. I could refer to other examples of people that haven’t had the opportunity that I’ve had in my footy life.”

Critics of Scott over the years have dismissed the 2011 premiership win in his first season ﻿by suggesting the hard work had been done by his predecessor, Mark Thompson. According to them, Scott was in the right place at the right time.

However, while Scott is full of praise and acknowledgement for what Geelong has done for him, the same must be said for what Scott has done for Geelong. 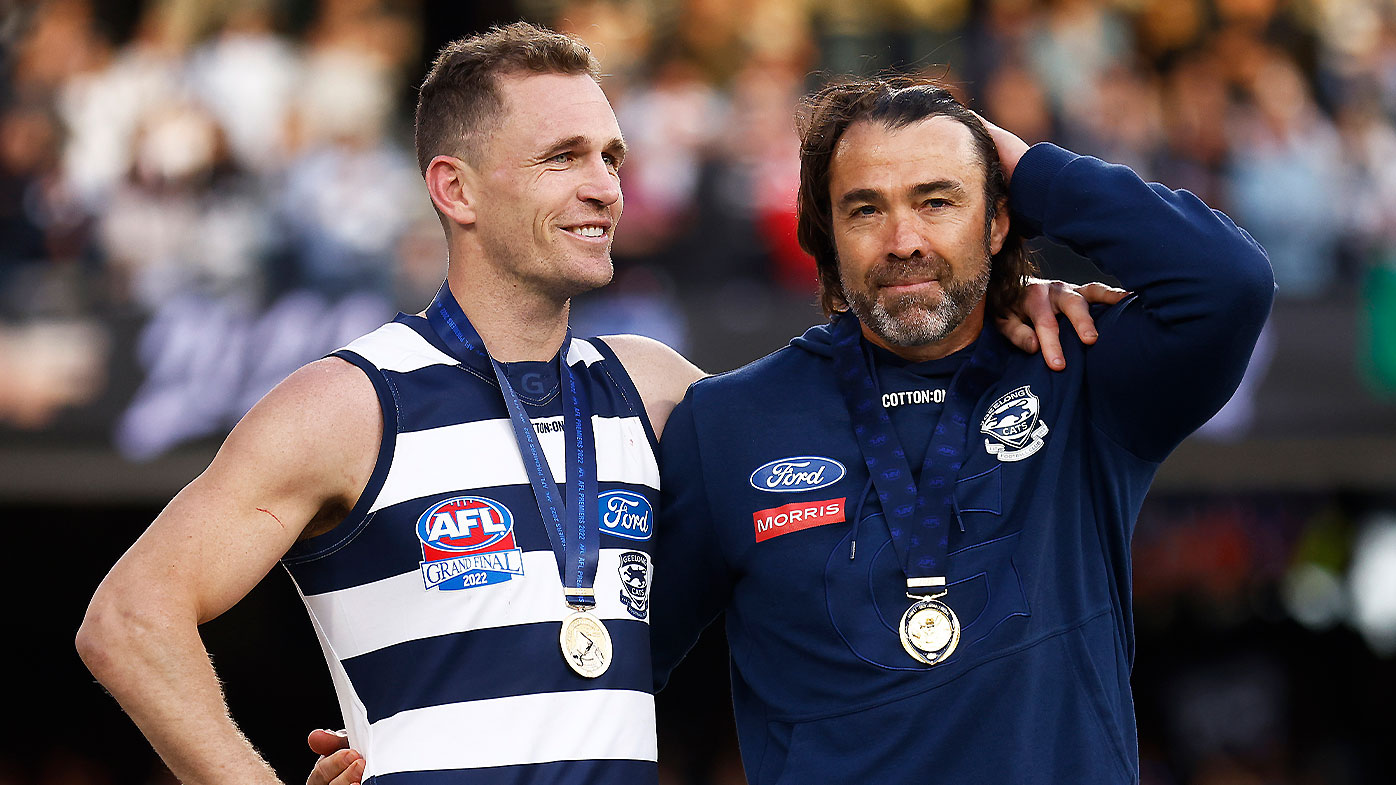 The 45-year-old is tough, but affable. He won’t arrogantly stick with a game style if it’s not getting results for his team. Innovation has allowed his teams to stay ahead of the curve.

Scott embodies all the traits that any club yearns for in a head coach, and his career winning percentage of 70.28 per cent is the greatest in league history by some distance for anyone who has coached over 200 games. For reference, iconic coaches such as Alastair Clarkson, Kevin Sheedy and Matthews are all in the high-50s.

Scott’s two premierships tie him with Thompson, with one more flag set to tie him with Reg Hickey for the Cats’ club record.

“﻿For Chris Scott to get this second flag on his CV 11 years after the first … it puts him into the very deserving elite company,” said veteran AFL columnist Damian Barrett on Nine’s AFL Sunday Footy Show.

“I think he was there anyway, but to officially get two, it puts him there.”

As Geelong repeatedly fell short of achieving the ultimate prize in the decade that followed his first-year flag, naysayers ﻿circled, successfully sowing seeds of doubt in Scott himself at times.

“I’ve had my moments (of doubt) … it is a difficult thing to do, but to achieve great things in life, the adversity is going to be there,” he said.

“I just feel grateful for the opportunity that I’ve had. I’m a better person than I was 10 or 12 years ago to a large part due to the Geelong footy club.

“It’s a metaphor for life, really. If you want to do great things, don’t expect it to be smooth sailing.

“You have to shake hands with adversity at some point. If you can hang in with no guarantee that you’ll get the ultimate success, then it might be worth it.”

Scott has not only shaken hands with adversity, he’s beaten it down in an arm-wrestle for the ages and is now undoubtedly one of the game’s greatest ever coaches.﻿