Cameron Green‘s starring role against India has once again raised questions over his omission from Australia’s squad in the upcoming T20 World Cup.﻿

While Indian star Suryakumar Yadav’s rapid half-century led India to a six-wicket win in the series decider, Green once again impressed at the top of Australia’s order.

The 23-year-old ﻿joined David Warner and Glenn Maxwell as the only Australians to reach a half-century in under 20 deliveries, reaching the milestone in just 19 balls before he was dismissed for 52 off just 23 balls.

Green’s half-century was his second in the three-match series, and prompted questions about why he was left out of Australia’s 15-man squad﻿ for the home World Cup which begins next month. 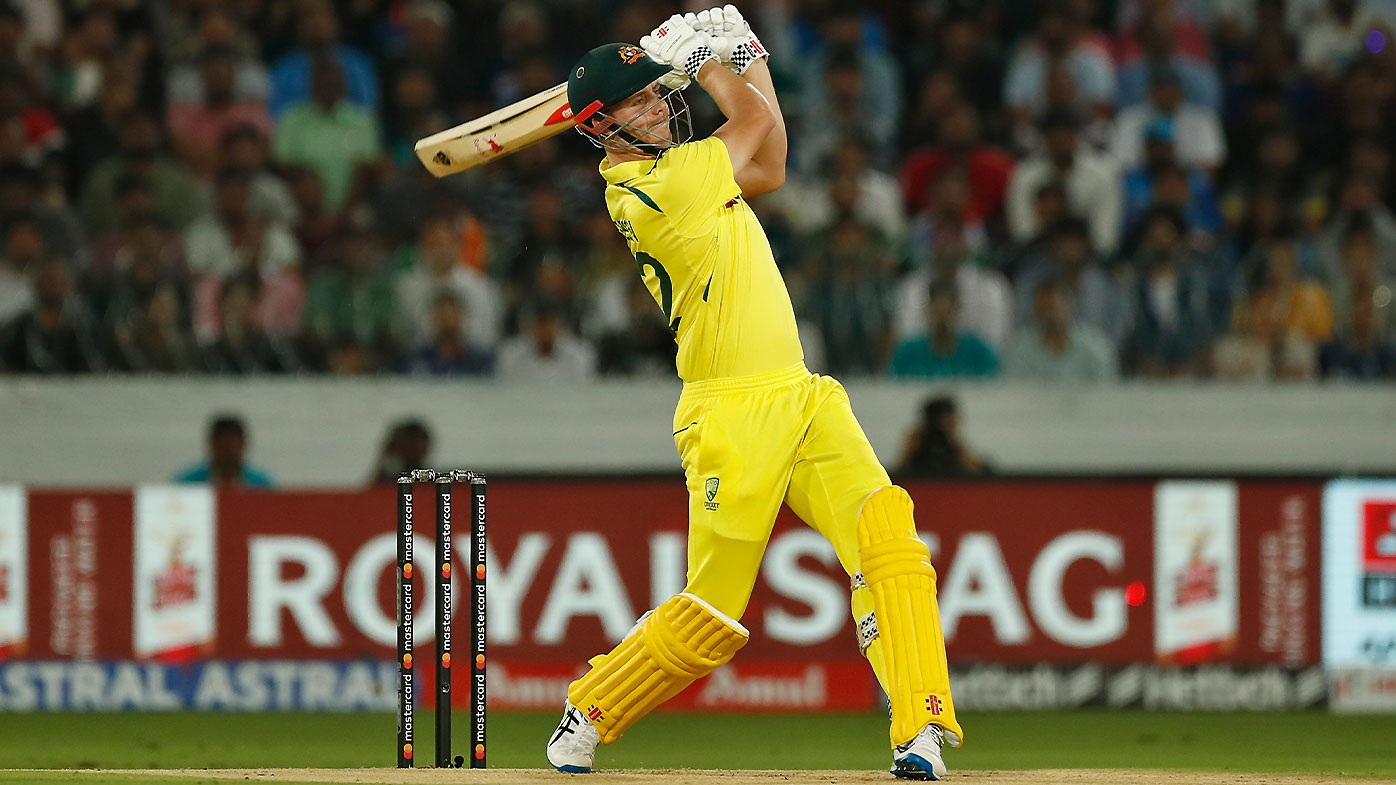 “﻿This is an exciting talent, no doubt about it. He will probably go on to be one of the best players Australia has ever produced. He’s shown what he’s got in his kit bag, not only in Test cricket, but in T20 cricket as well.

“There will be a few IPL teams that have seen something they might like in the future as well.

“Having not been selected in the initial squad with how he’s playing, it’s a challenge for Australia.

“His aggression at the top was impressive and his bowling and fielding was also impressive.

“If it’s possible, I’m sure the Australian unit will have to look at Cameron Green (for the World Cup). He’s in form, he’s hitting the ball well, and there’s not too many players in the world at the moment that can take down the likes of (Jasprit) Bumrah, Axar Patel, and Bhuvneshwar Kumar.” 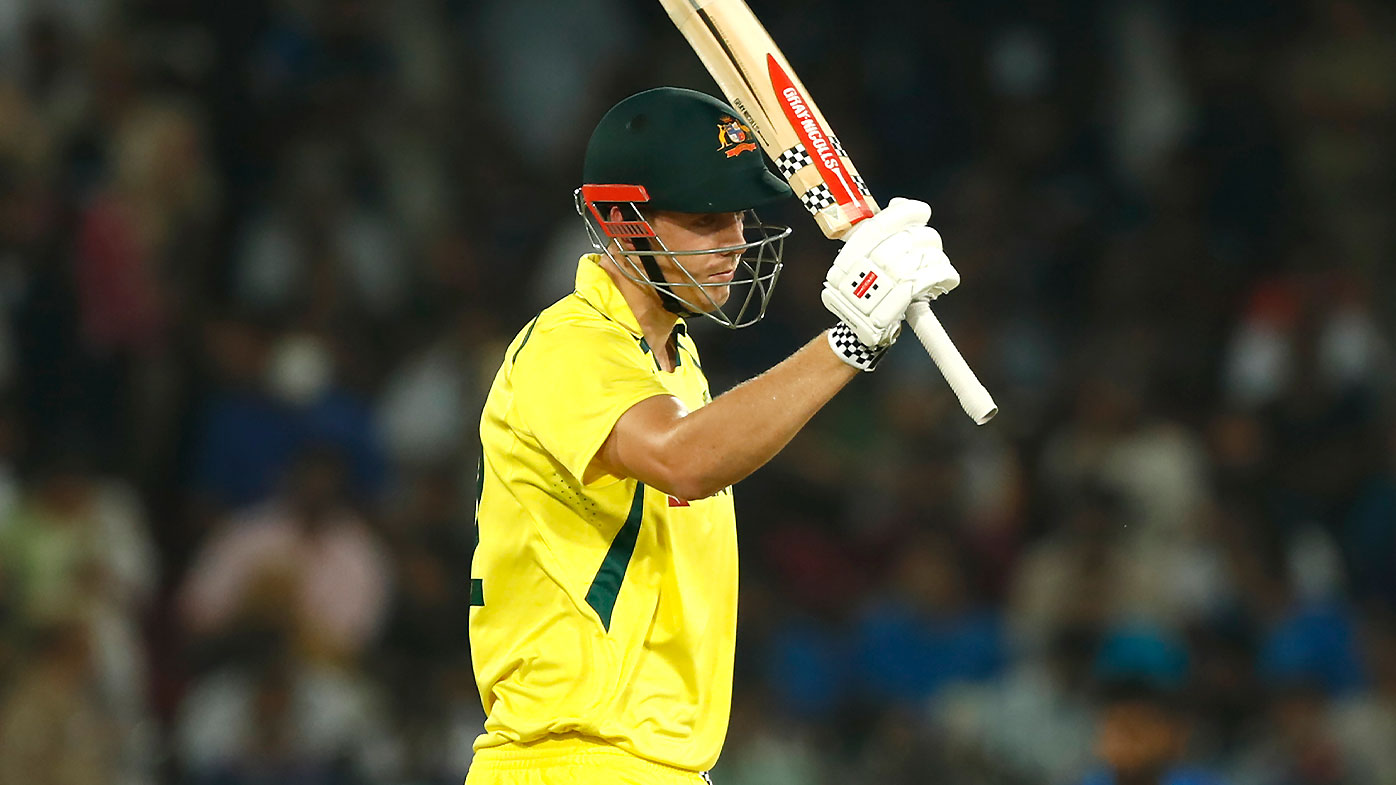 Earlier at the Rajiv Gandhi International Stadium, India won the toss and asked Australia to bat first in the third T20. Australia scored 7-186 thanks to quick-fire half-centuries from Green and Tim David (54).

Australia won the first T20 in Mohali by four wickets and the hosts had won the curtailed second game in Nagpur by six wickets.

A capacity crowd watched the game as international cricket returned to the venue for the first time since February 2019. 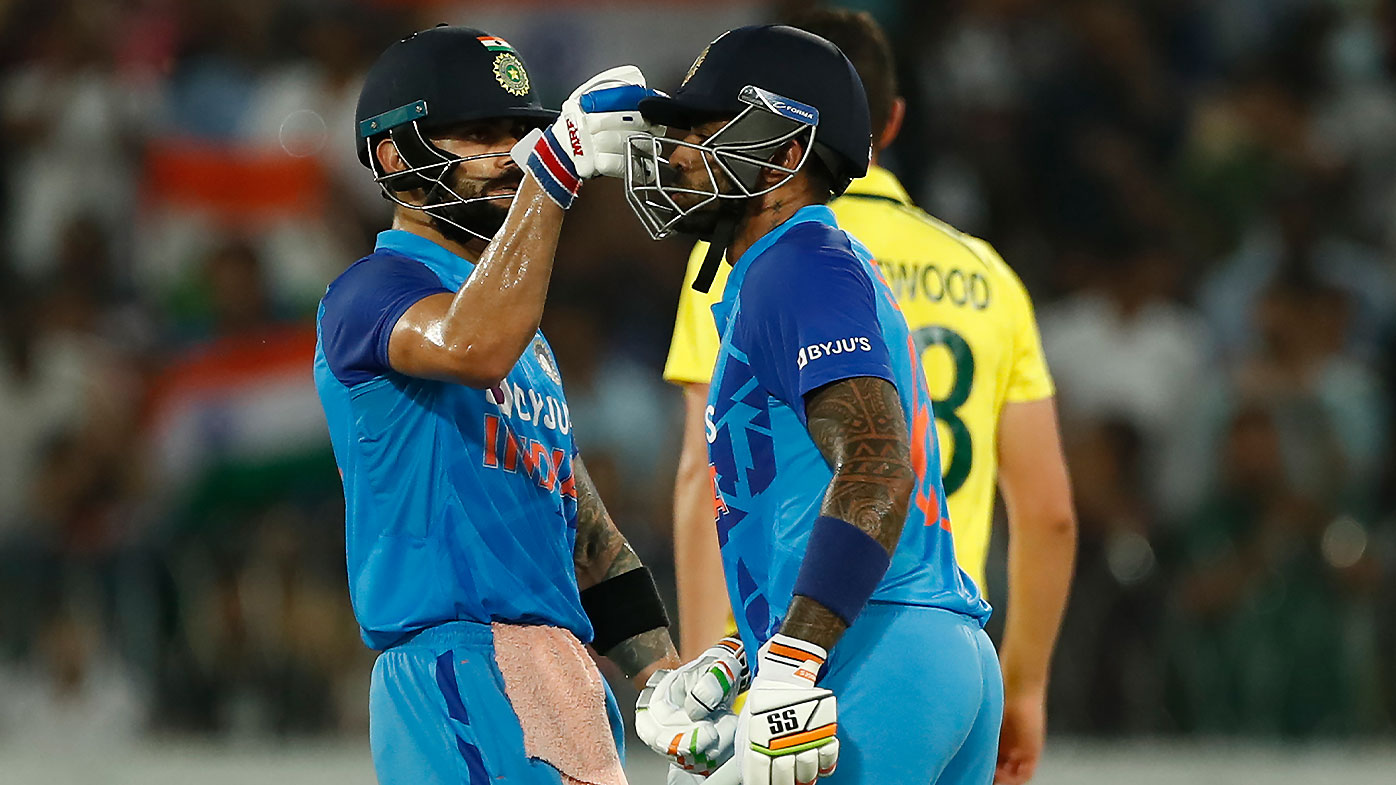 Kohli then anchored the Indian innings with a relatively sedate half-century. He hit three fours as well as four sixes.

But the impetus came from Yadav, who stunned the Australian bowling with five sixes and another five fours. Yadav got to his half-century off 29 balls as the duo brought up 50 in 32 balls.

Yadav scored 115 runs in the series and was named man of the match.

“I am liking batting at No.4. There will be tough challenges but I am willing to express myself and be smart about my shot selection,” Yadav said. “In that situation, I feel I can take my chances.”

Josh Hazlewood (1-40) got the breakthrough to leave India at 3-134 and needing 53 off the last six overs. It only managed 21 runs in the 18 balls after Yadav was caught by Australia captain Aaron Finch.

Kohli and Hardik Pandya (25 not out) combined for a crucial 48 runs with Kohli out in the final over, caught by Finch off Daniel Sams (2-33).

“We needed wickets. We cannot beat India by containing their batting. It was a really good series against a world-class side before the T20 World Cup,” Australian skipper Aaron Finch said.

“It was great for a young player like Cameron Green to have such an impact with his ultra-aggressive approach.”

Before heading to the T20 World Cup, India will host South Africa in a three-match series starting September 28.

Australia will head home to play West Indies and England in five T20s before the World Cup gets underway in Australia on October 16.

The ‘masterstroke’ that unlocked Panthers