Indian spinner Ravi A﻿shwin has boldly called for wickets taken via Mankad to be credited to the bowler.

Ashwin – himself a renowned Mankadder – said on Twitter the “presence of mind” required for bowlers to pull it off, as well as the awareness of the “social stigma” that goes with it should mean the wicket goes down in the bowlers statistics.

He ﻿made the calls following the controversial finish to the third women’s ODI between England and India at Lord’s where Charlie Dean was brought to tears when she was Mankadded by Deepti Sharma to end the match and give the Indians their first away whitewash of England in 20 years.

Wickets taken via run-out are not awarded to the bowler in statistics.

Ashwin was involved in an infamous Mankad during the IPL in 2019, as well as another during a 2012 ODI against Sri Lanka at the Gabba.

Earlier this year, the ICC ratified rule changes recommended by the MCC that the rule appendage covering the Mankad has been moved from the section covering ‘unfair ﻿play’, to that describing the run-out as a mode of dismissal.

The Mankad will now be seen as a more legitimate form of dismissal – at least in the eyes of rulemakers. The changes come into effect on Saturday.

The MCC on Sunday night (AEST) released a statement confirming the umpires made the right call, and reminded batters to stay in their crease until the ball is released.

“Whilst yesterday was indeed an unusual end to an exciting match, it was properly officiated and should not be considered as anything more,” the statement read.

“The law is clear, as it needs to be for all umpires to be able to easily interpret throughout all levels of the game and at all moments in the game. 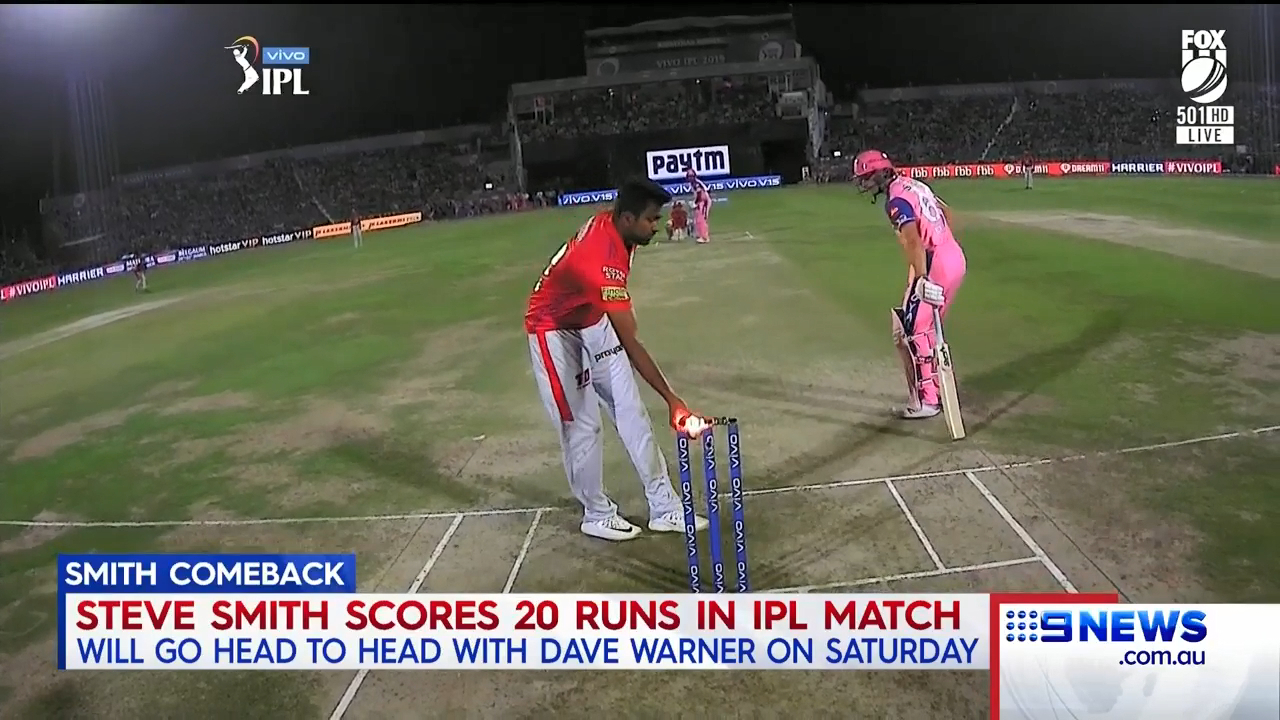 “Respectful debate is healthy and should continue, as where one person sees the bowler as breaching the spirit in such examples, another will point at the non-striker gaining an unfair advantage by leaving their ground early.

“MCC’s message to non-strikers continues to be to remain in their ground until they have seen the ball leave the bowler’s hand. Then dismissals, such as the one seen (on Saturday night), cannot happen.”