Playing at left centre instead of his usual position on the right wing, Cobbo bagged two tries, tallied 166 run metres and made three linebreaks less than a month out from the World Cup.

The 20-year-old is hoping to add Kangaroos selection to his magnificent breakout year, which culminated in 15 tries for the Broncos and State of Origin stardom. 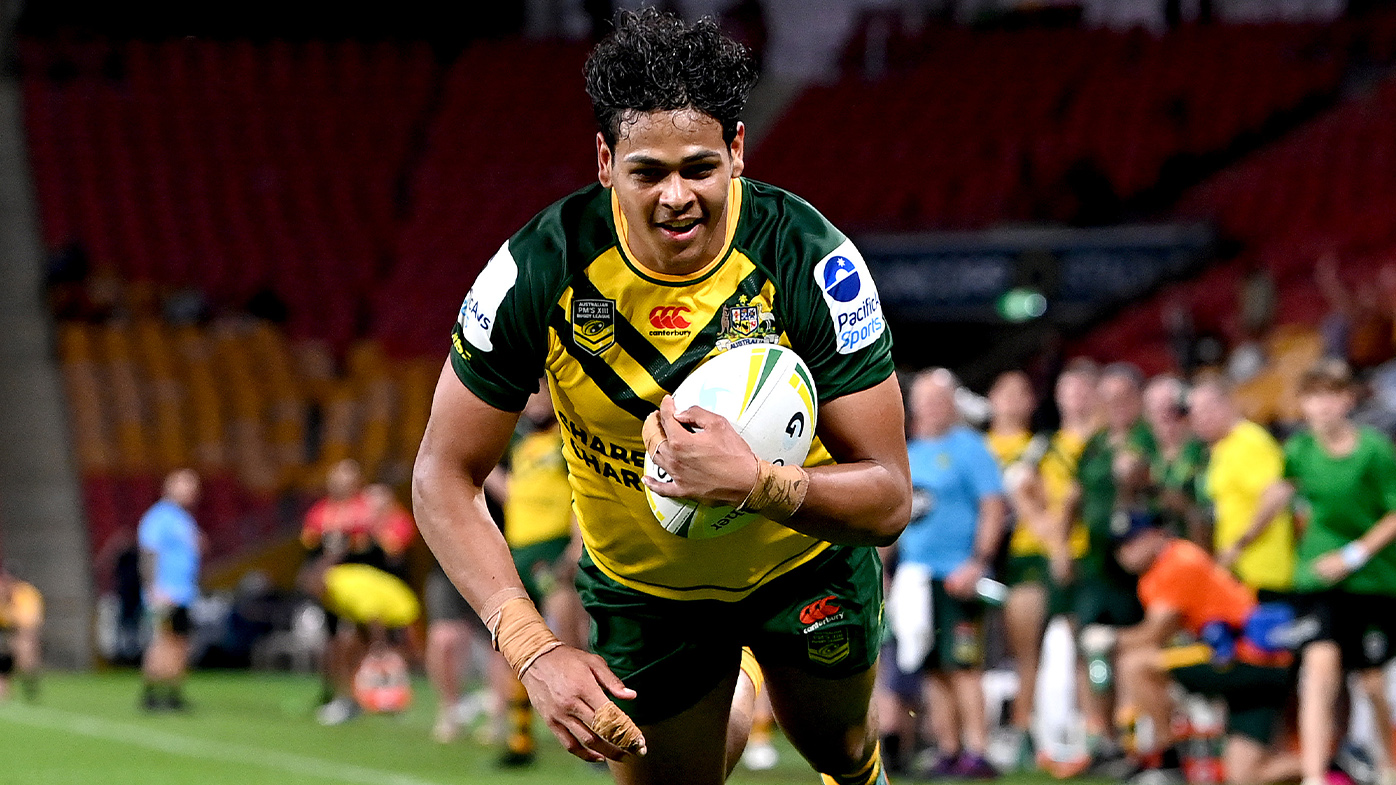 Cobbo received a promising endorsement from Kangaroos coach Mal Meninga after the match.﻿

“That’s the type of player you want in your squad going overseas in a World Cup.

A combination of injuries and NRL finals commitments resulted in Australia fielding an under-strength side for the PNG clash.

Daine Laurie, Zac Lomax, Jojo Fifita, Josh King, Jake Simpkin, Luke Garner and Josh Curran all took to the field but aren’t expected to pull on the green and gold in England.

When Meninga reveals his 24-man squad next Monday — the day after the NRL grand final — among the star-studded group will be James Tedesco, Valentine Holmes, Cameron Munster, Isaah Yeo﻿, Cameron Murray and Jack Wighton. 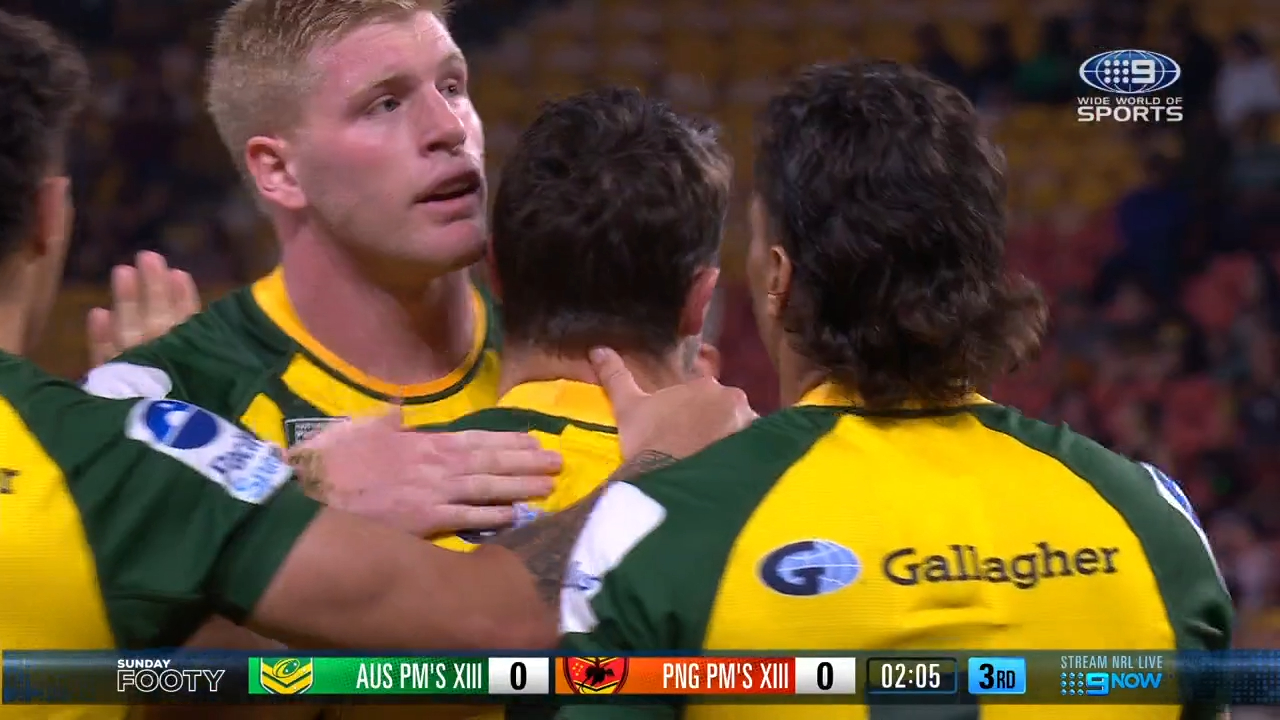 “It is hard because there are so many great players … there’s only so many (you can pick) … I think there’s a whole heap of things that go into that criteria-wise,” Meninga said.

“Obviously Origin is really important, form through the year, the back end of the year is important, as well, plus the ability to be adaptable and flexible, I think, in positions.

“It’s a long tour over there away from home for us.

“Because you’re only allowed 24 players, players need to be fairly balanced and play in different positions at times, particularly through the games. So, we’ve just got to get that balance right.

“There’s a whole heap of thinking that goes into picking a squad, and a squad that we think will be really, really successful.”