On one of the biggest days of his career – and with speculation over his future continuing – Selwood twice took the time to include others in the festivities.

As Geelong were coming up the tunnel to run onto the field, club legend Gary Ablett Jr was waiting with three-year-old son Levi.

Levi ﻿was diagnosed at birth with a rare degenerative illness, which has left him with a “very short life expectancy”.

“A beautiful touch,” James Brayshaw said on commentary for Seven, as Selwood took Levi through the banner and onto the MCG.

“A champion that man (was) for the Cats, a premiership player. Father also a champion. They do those things really well, Geelong.” 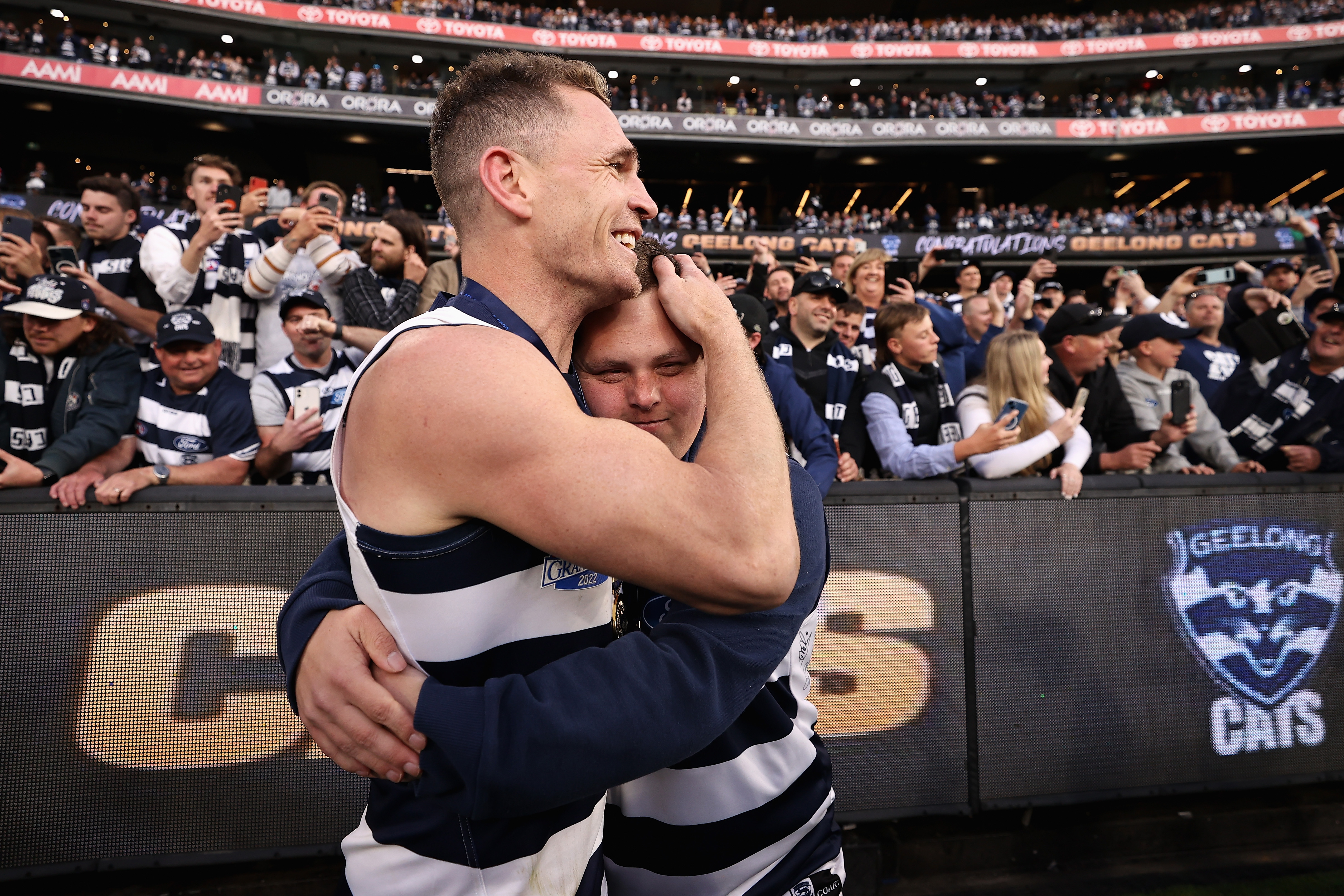 Then after the final siren, ﻿another tear-jerker.

Sammy Moorhood has been the club’s head waterboy on their main training days for the past six seasons.

During the club’s lap of honour, Selwood found Sammy in the front row of the Cats cheer squad. He g﻿ave him a hug over the fence, before inviting him onto the ground.

Teammate Jeremy Cameron arrived on the scene a moment later, and put his premiership medal around Sammy’s neck.

He then joined the Cats for the rest of the lap of ﻿honour, before joining them in the sheds. 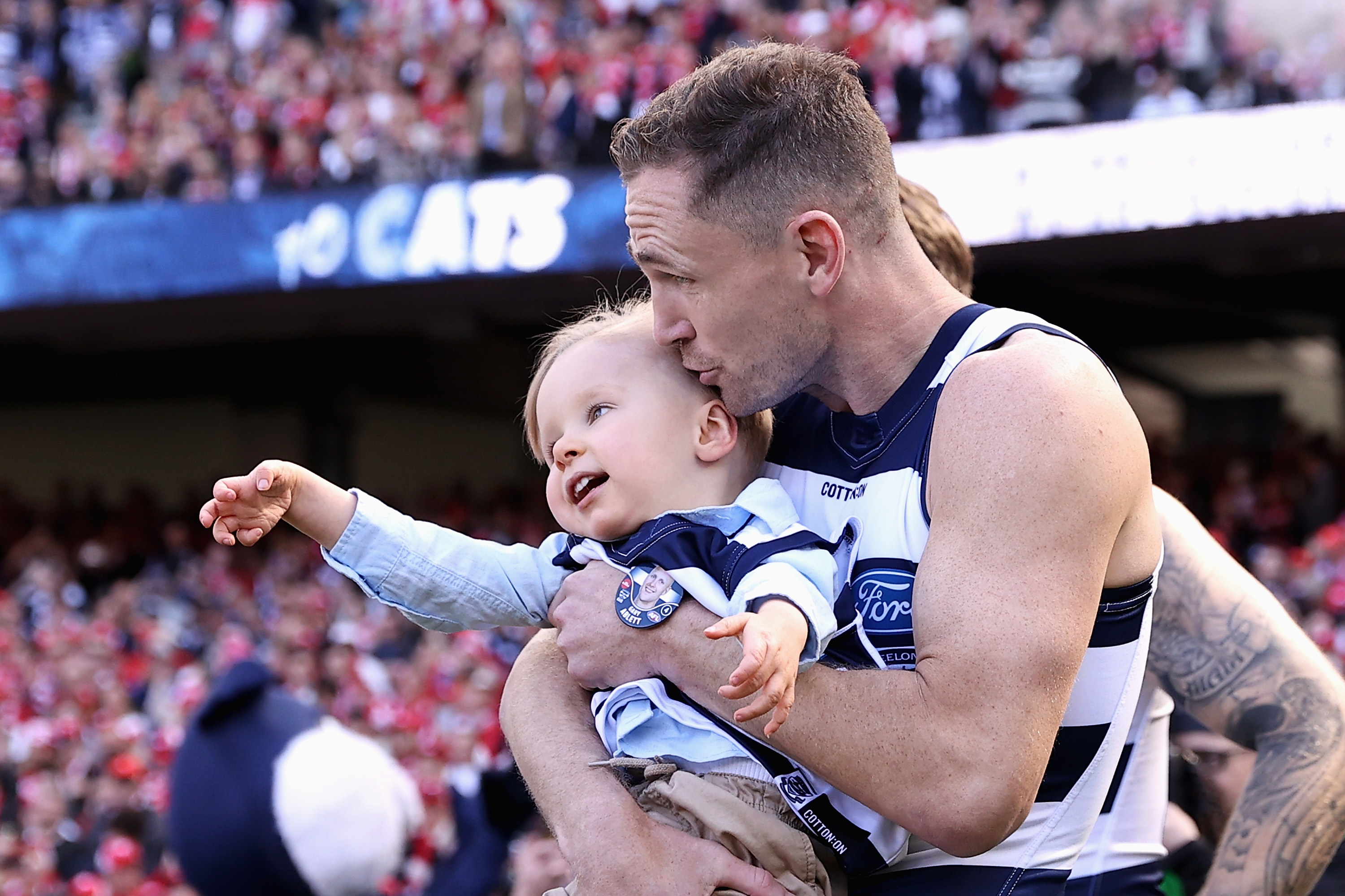 “Sammy was working in our Cats bistro as a volunteer. When we started developing the ground, the bistro closed,” he said.

“We then recruited Sam as head water boy on our main training day and he has never looked back since. We share a very special friendship, and I consider him like family. He has my back and I have his.”

Sammy said he considered all the Cats players his friends.

“I think Joel is amazing. A great role model but also a little bit cheeky. He treats me like a brother and always looks out for me,” he said.

Selwood’s performance in the grand final against the Swans on Saturday afternoon was sensational. He had 26 disposals, 12 of which came in the first quarter where the Cats effectively won the match.

The question remains whether he will play again next season.﻿

﻿”I’m the next domino. The question will get asked,” he told Seven after the match.

“I won’t make that emotional decision just yet but footy is so fun and this group is just unbelievable but I’ll let you know when I do make it.”

All Blacks clinch championship after rollercoaster