“This next song is dedicated to one of Australia’s greatest rock stars, Shane Warne,” Williams announced to a packed MCG before kickoff between the Geelong Cats and Sydney Swans.

To that point, the crowd had been a little slow to get into the performance, but the opportunity to belt out a modern classic as a tribute to Warnie was too good to pass up for the Victorian crowd. 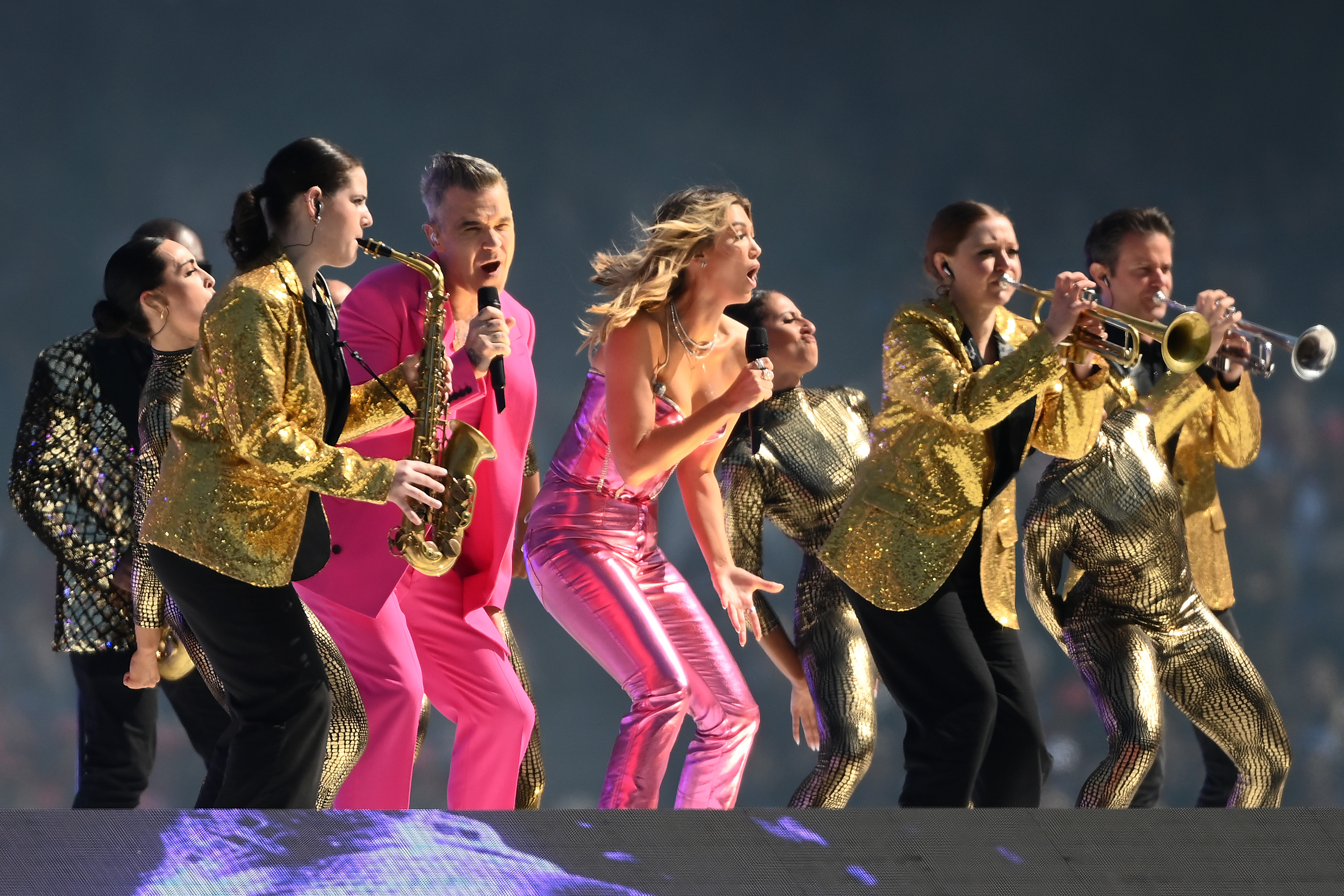 Wearing a hot pink suit, Williams opened with Let Me Entertain You, ﻿followed by Rock DJ and Feel.

He ﻿also performed a new song and apologised to the crowd for doing so.

“It’s an obligatory new song, we’ll get through it together,” he joked.

If the crowd weren’t into it by then, they certainly were when he launched into a cover of John Farnham’s You’re the Voice.﻿

He then called on ﻿Delta Goodrem, who joined him to perform Kids – a duet Williams originally released with Kylie Minogue.