A protester lit a portion of the court and his arm on fire during a match at the Laver Cup tennis event Friday, hours before Roger Federer was scheduled to play for the final time before retiring.

The episode briefly delayed the action at the start of the second set of Stefanos Tsitsipas’ 6-2, 6-1 victory for Team Europe over Diego Schwartzman of Team World at the O2 Arena.

READ MORE: ﻿How the Swans can snap Cats’ streak in GF﻿

The activist, carrying a lighter and wearing a white T-shirt with a message about private jets, made his way onto the black court and sat down near the net. The person eventually was carried away by security guards.

“It came out of nowhere. … I never had an incident like this happen on court,” Tsitsipas, the runner-up at the 2021 French Open, said afterward. “I hope he’s all right.” 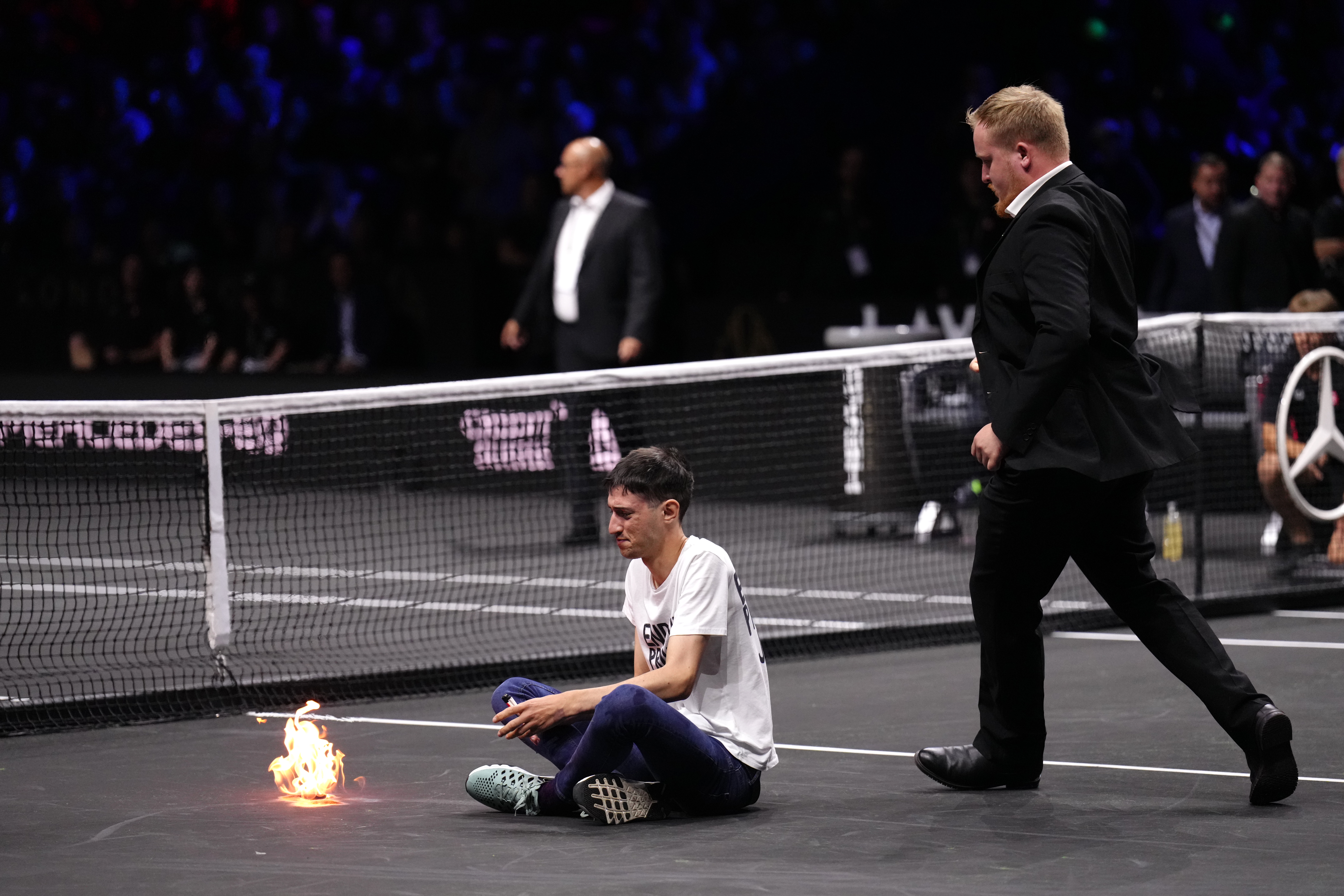 Tsitsipas spoke to the chair umpire to make sure it would be safe to continue to play and asked that a mark left on the court be cleaned up.

The protester “has been arrested and the situation is being handled by the police,” Laver Cup organisers said in a statement.

The 41-year-old Federer hasn’t played an official match since Wimbledon in July 2021 and is ending his playing career after a series of operations on his right knee.

There have been other instances of high-profile tennis matches being interrupted in recent years, including during the 2009 final at Roland Roland Garros, when a man went up to Federer and tried to put a hat on his head.

At this year’s French Open, in June, a protester wearing a T-shirt with the message “We have 1028 days left” interrupted the men’s semifinal between Casper Ruud and 2014 U.S. Open champion Marin Cilic by attaching herself to the net with metal wires and glue and kneeling on the court.