﻿Cadeyrn Neville has been recalled to start in the Wallabies second row in Saturday’s Bledisloe Cup and Rugby Championship clash with the All Blacks at Eden Park.

The giant Brumbies lock was a surprise Test debutant at age 33 in the home series against England in July.

Australia ﻿won the opening match in Perth with Neville in the engine room but the fairytale came to an end when he badly injured his knee in the second Test loss in Brisbane. 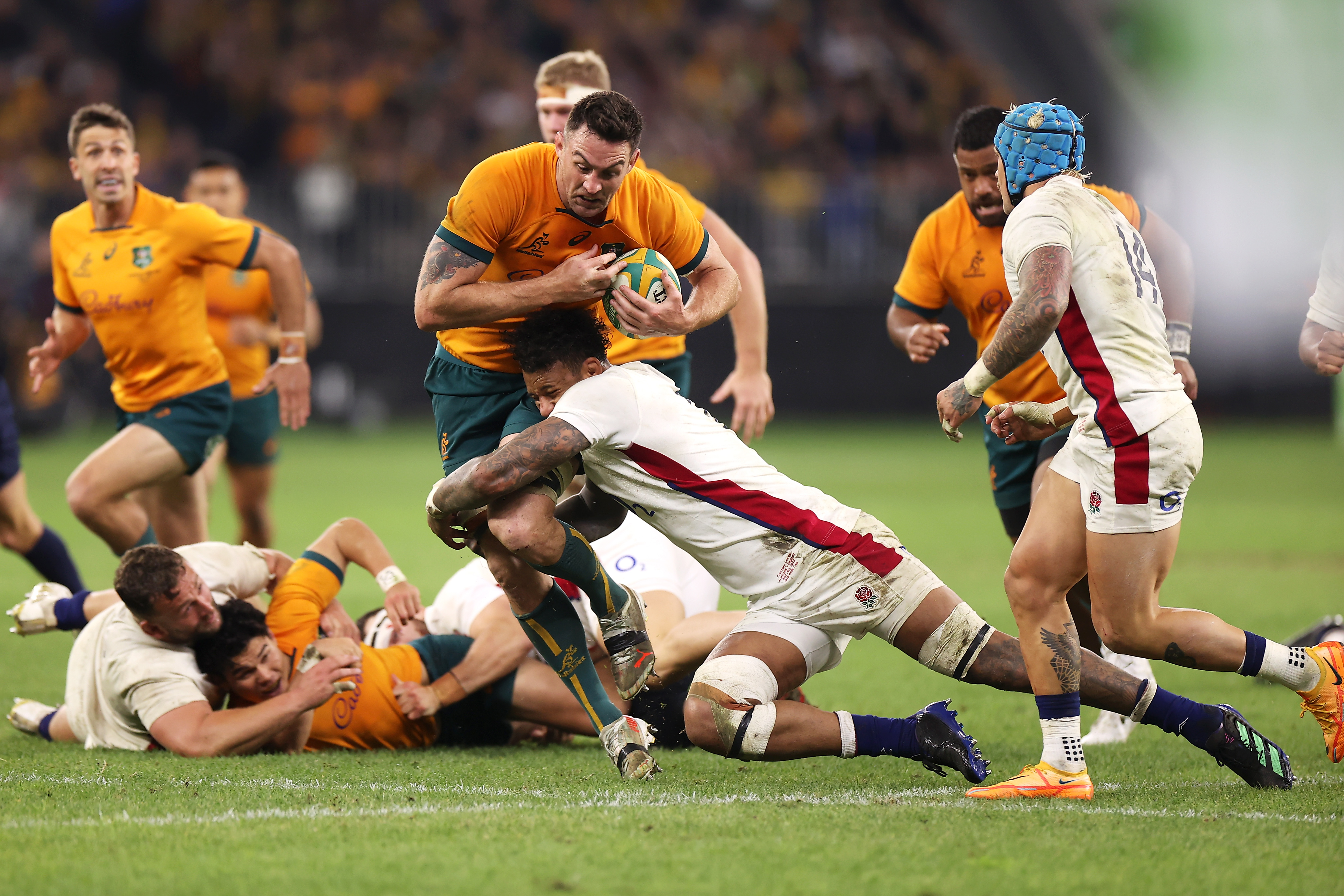 “Seeing him after the game, he was devastated,” Wallabies prop Allan Alaalatoa said.

“He was more devastated for Quinn. There was no intention there to injure him the way he did. I think we definitely as players and his close friends, just need to throw an arm around him because he’s probably copping a fair bit on social media.

“We just want to make sure mentally he’s doing alright but I can tell he was definitely devastated for Quinn and what happened there.”

Sw﻿ain was on Wednesday named in the Australia A squad to tour Japan which will lessen the impact of his ban for the Wallabies end of season Spring Tour of the northern hemisphere.

Norman’s brutal snub by own event after 33 years