UPDATE: ﻿Brisbane Lions coach Chris Fagan has categorically denied playing a part in any wrongdoing towards First Nations players during his time at Hawthorn, saying he is “shocked” and “deeply distressed” by the allegations.﻿

Fagan and Alastair Clarkson were two of the individuals named in an explosive ABC report in which historical allegations of mistreatment of indigenous players were detailed.﻿

Both Fagan and Clarkson have declared their intentions to assist an impending investigation into the matter, and like Clarkson did in a statement on Wednesday, Fagan too defended himself.﻿ 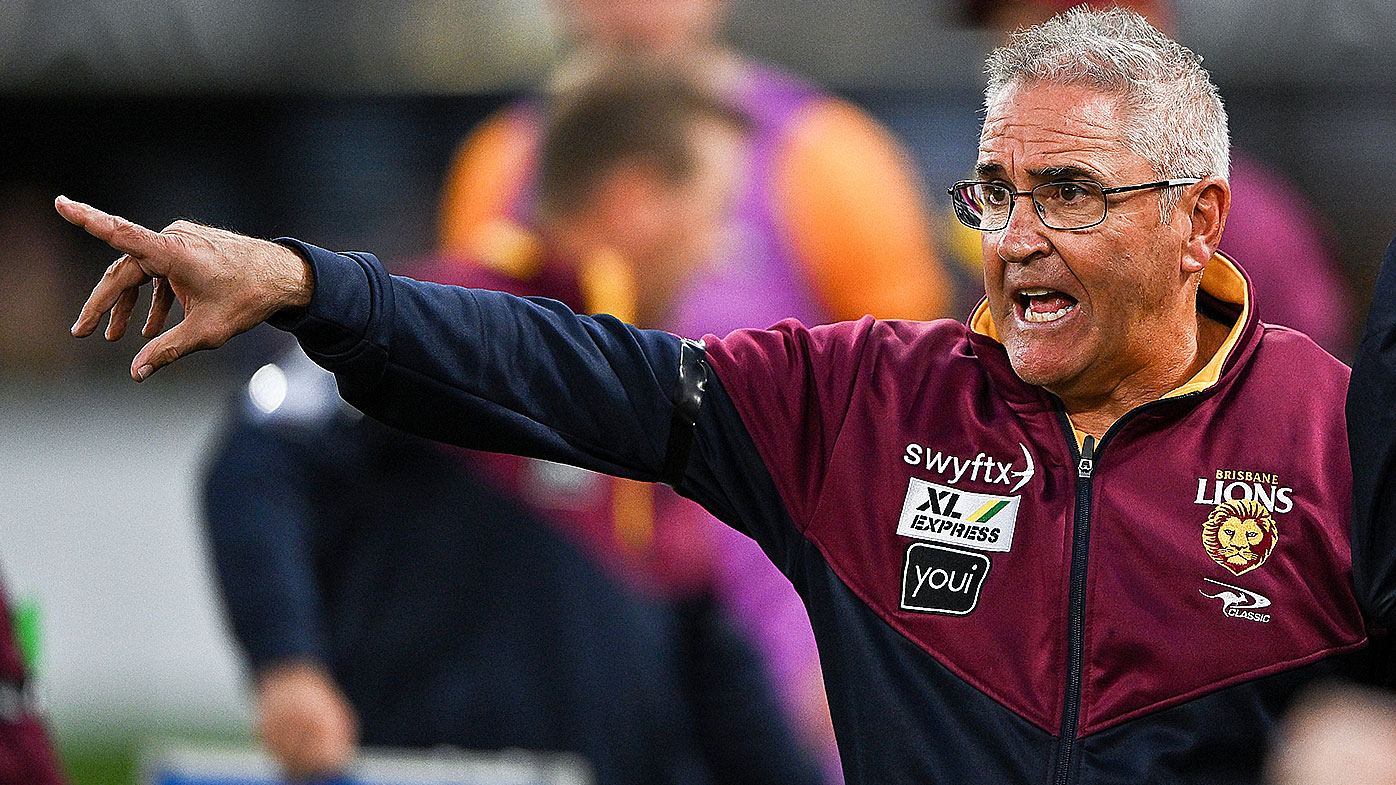 “I deny, categorically, the allegations of wrongdoing by me in relation to First Nations players at the Hawthorn Football Club,” he said in a statement to AFL.com.au.

“I have had very positive relationships with First Nations players throughout my many years in football, and, indeed players from different racial and ethnic groups.﻿”

The ABC report has come in the wake of a Hawthorn review into racism at the club, a review which Fagan says he was not asked to participate in.

“I had no opportunity to, and did not, participate in any way in the review commissioned by the Hawthorn Football Club,” he said.

“I intend to defend myself. It is my hope that people will judge me based upon the way I actually conduct myself and not by what is written in the media. 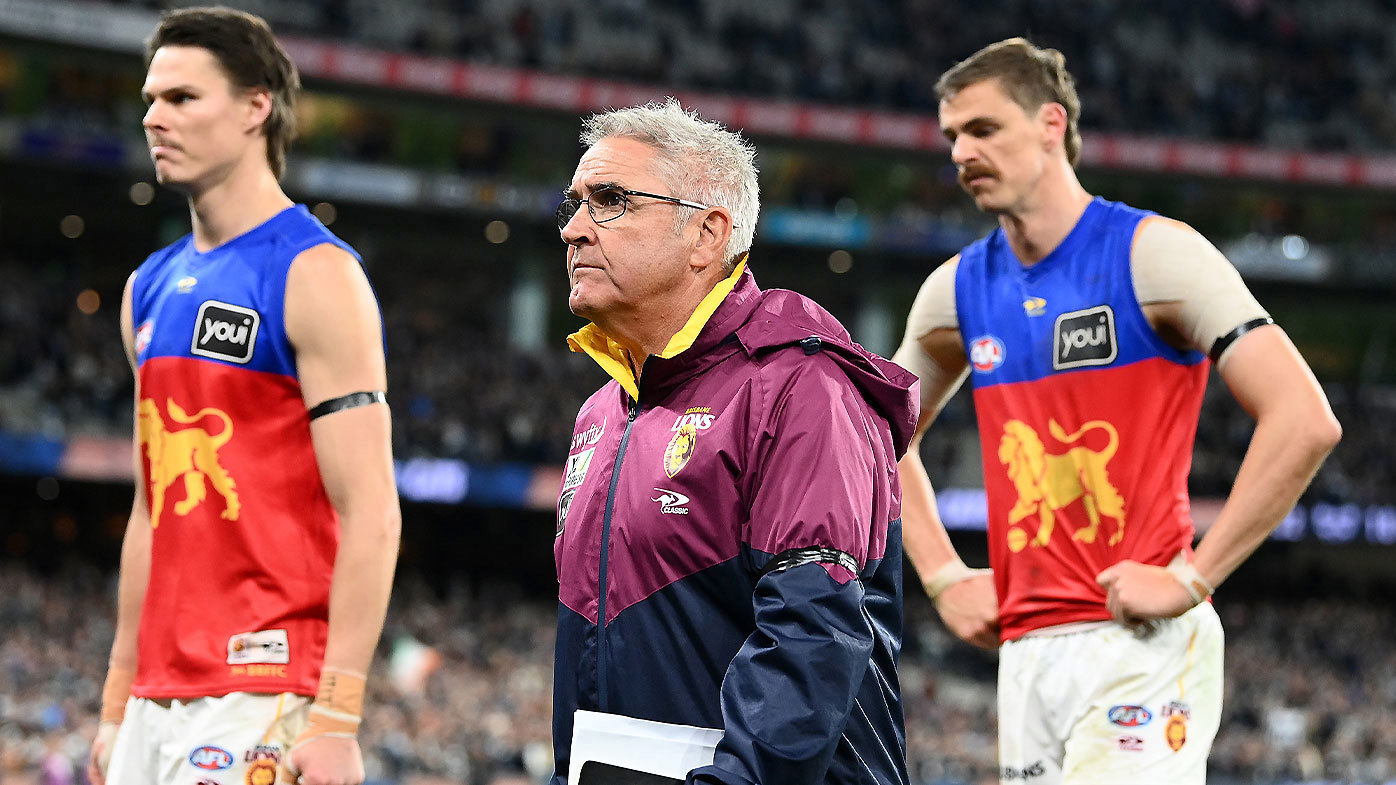 Fagan’s statement came amid reports suggesting he denied he was at a meeting where a Hawthorn player was asked to have his partner’s pregnancy terminated, according to The Age‘s Caroline Wilson.﻿

The coaching careers of both Fagan and Clarkson﻿ are “hanging in the balance” in the wake of the historical allegations.

The AFL will establish an independent panel to investigate the claims, which chief executive Gillon McLachlan described as “harrowing”.

Clarkson was the head coach of the Hawks at the time, while Fagan was a senior member of staff.﻿

The ABC report includes an accusation from one player, given the pseudonym “Ian”, where he claims he was encouraged by the club to have his partner’s pregnancy terminated, and to leave his partner and move in with an assistant coach.﻿

It’s alleged both Clarkson and Fagan were at that meeting. 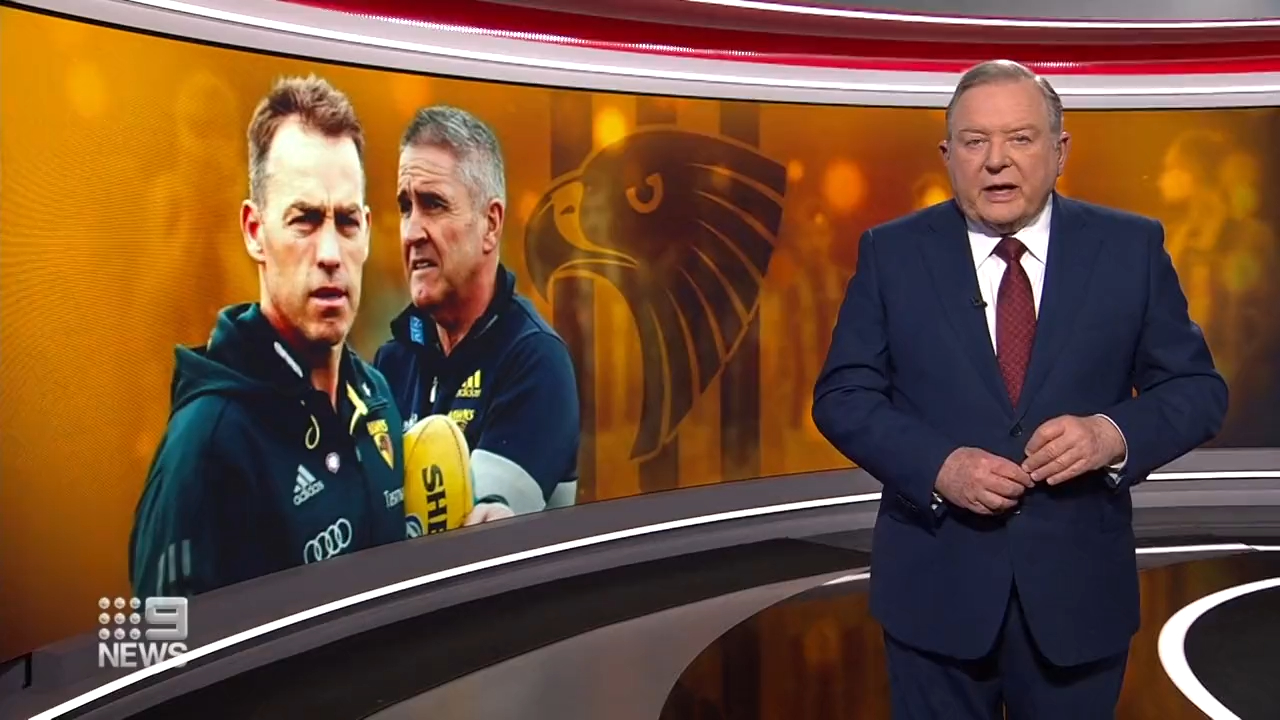 “Chris Fagan and people close to him are not sure that Chris Fagan was actually at the meeting, and I think Chris Fagan has told the Brisbane Lions that he doesn’t recall it, that he wasn’t at that meeting” Wilson said on Nine’s Footy Classified.

“The truth will come out, so obviously there are different versions of events.”

Clarkson’s start date with North Melbourne has been delayed, while Fagan has stepped aside as Brisbane coach until the investigation is finalised.

AFL commissioner Andrew Newbold has also taken a leave of absence. He was the Hawthorn president from 2012-2016. 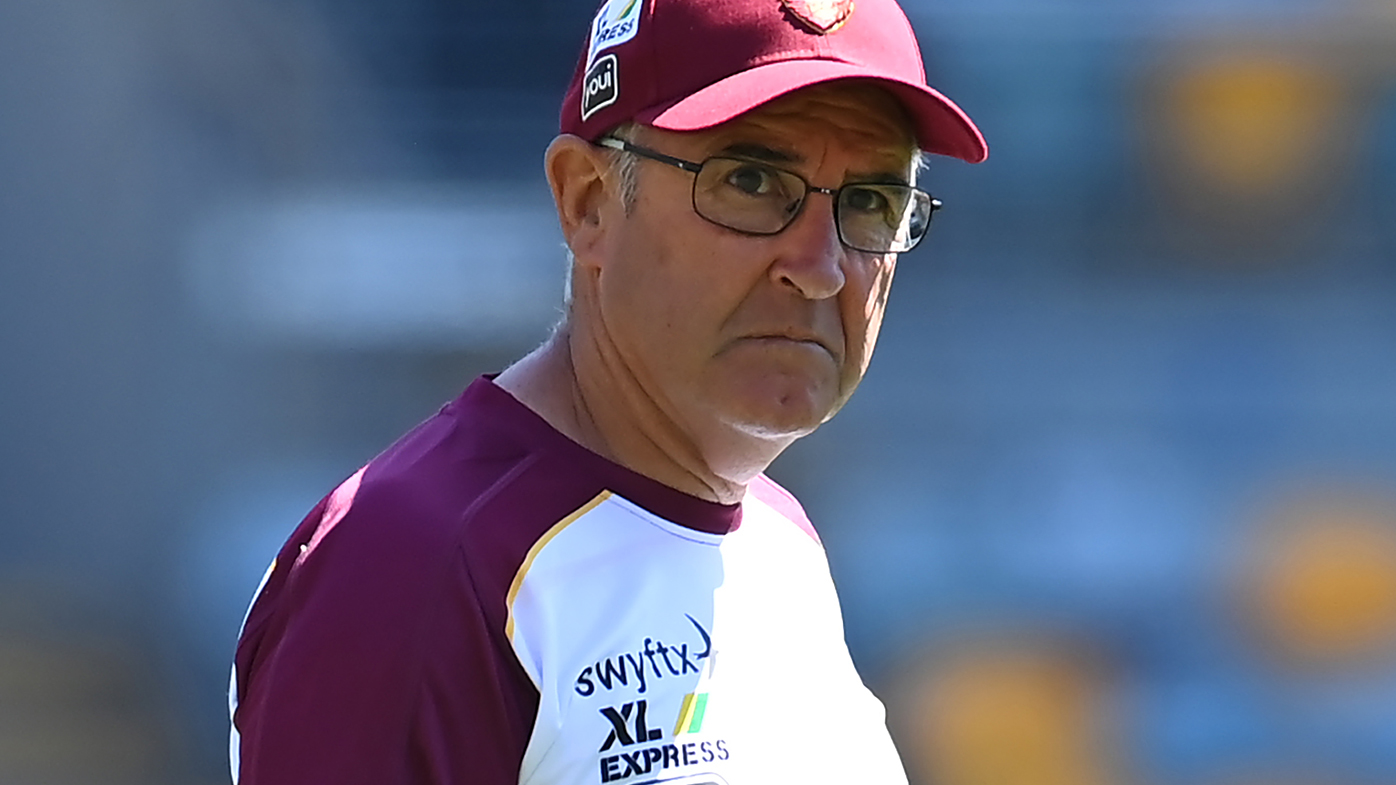 “If these allegations are proven, Alastair Clarkson and Chris Fagan will not coach again.”

During the period covered by the accusations, Hawthorn won three straight premierships in 2013-14-15, just the second club to achieve that feat since 1960. Clarkson also took the Hawks to the 2008 title.

“Both these men (were) part of that great (era), three premierships in a row, one a few years earlier that Alastair Clarkson was also involved in, they’ve been tainted in my view,” Wilson said.﻿

According to Wilson, the AFL will announce the four-person panel on either Thursday or Friday. It will include two women and two indigenous representatives, with Gillon McLachlan confirming on Wednesday it would contain the “right mix of diversity”.

“They’ve (AFL) learnt their lesson from the Adelaide camp review where basically a group of indigenous players including Karl Amon, Steven May and Shaun Burgoyne spoke to Gillon McLachlan about the fact that those Adelaide players were really being reviewed by white ex-cops,” she said. 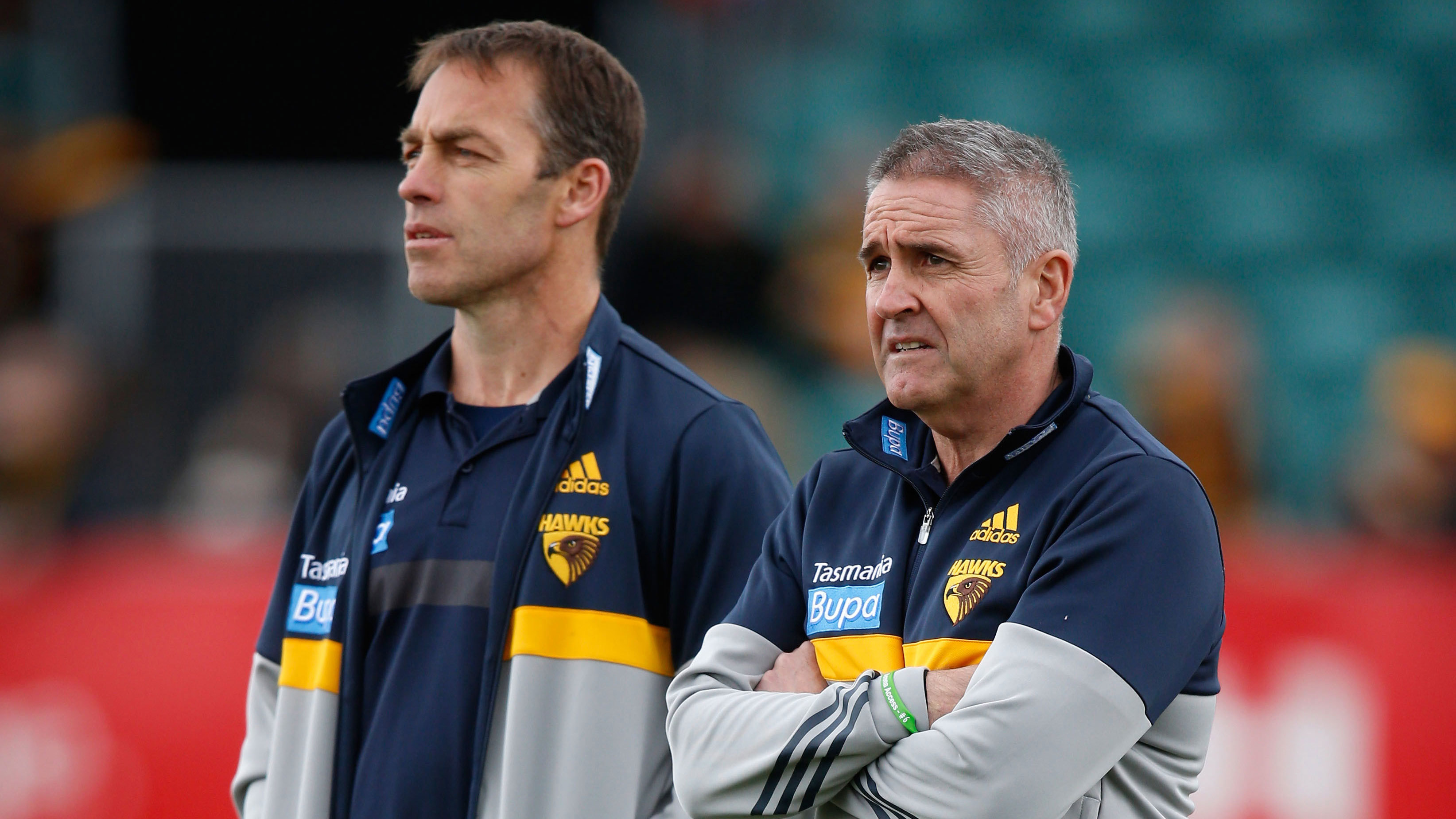 “That will change. The hope is the investigation into these allegations will be completed within two months.”﻿

In a statement issued on Wednesday by the Brisbane Lions, Fagan welcomed the investigation.

﻿”He was not consulted during the Hawthorn sponsored review and looks forward to the opportunity to be heard as part of the AFL investigation,” it said.

Meanwhile, in a separate statement, Clarkson said he was “shocked” by the claims.

“I was not interviewed by the authors of the report commissioned by the club, and nor have I been provided with a copy of the report,” he said.

“I was not afforded any due process and I refute any allegation of wrongdoing or misconduct and look forward to the opportunity to be heard as part of the AFL external investigation.”