One of world cycling’s true superstars is in doubt for Saturday’s glamour road race after ﻿Annemiek van Vleuten crashed out in spectacular fashion in Wollongong on Wednesday.

Riding in the ﻿mixed relay team time trial at the UCI Road World Championships, the Dutchwoman barely had time to raise a sweat before coming unstuck.

Watch Stan Sport’s exclusive coverage of the 2022 UCI Road World Championships from September 18-25 with every race streaming ad-free, live and on demand 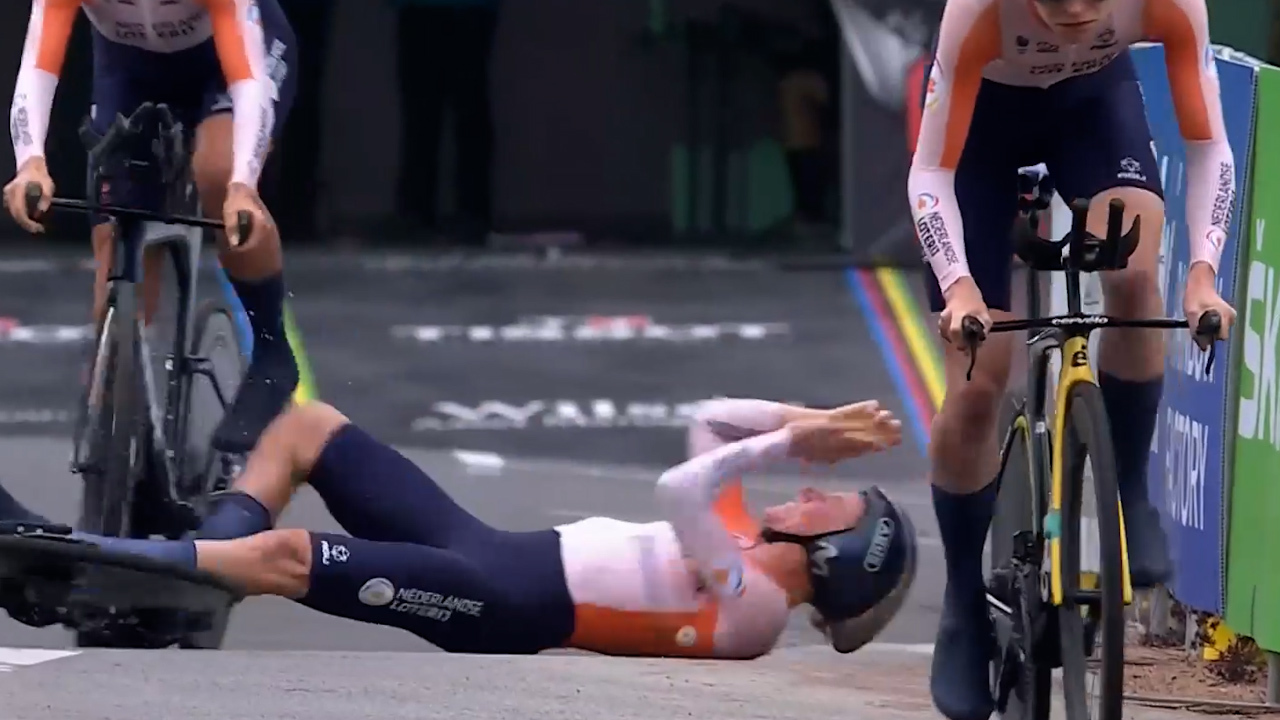 “She’s one of the big favourites for the road race as well. She didn’t have a good individual time trial and luck is just not going her way,” Gilmore said, as the cycling world tried to work out what had gone wrong.

“I don’t know what happened there but she just completely lost it and at the moment she just can’t get up. That was a massive crash of Annemiek van Vleuten,” McCrossan said. 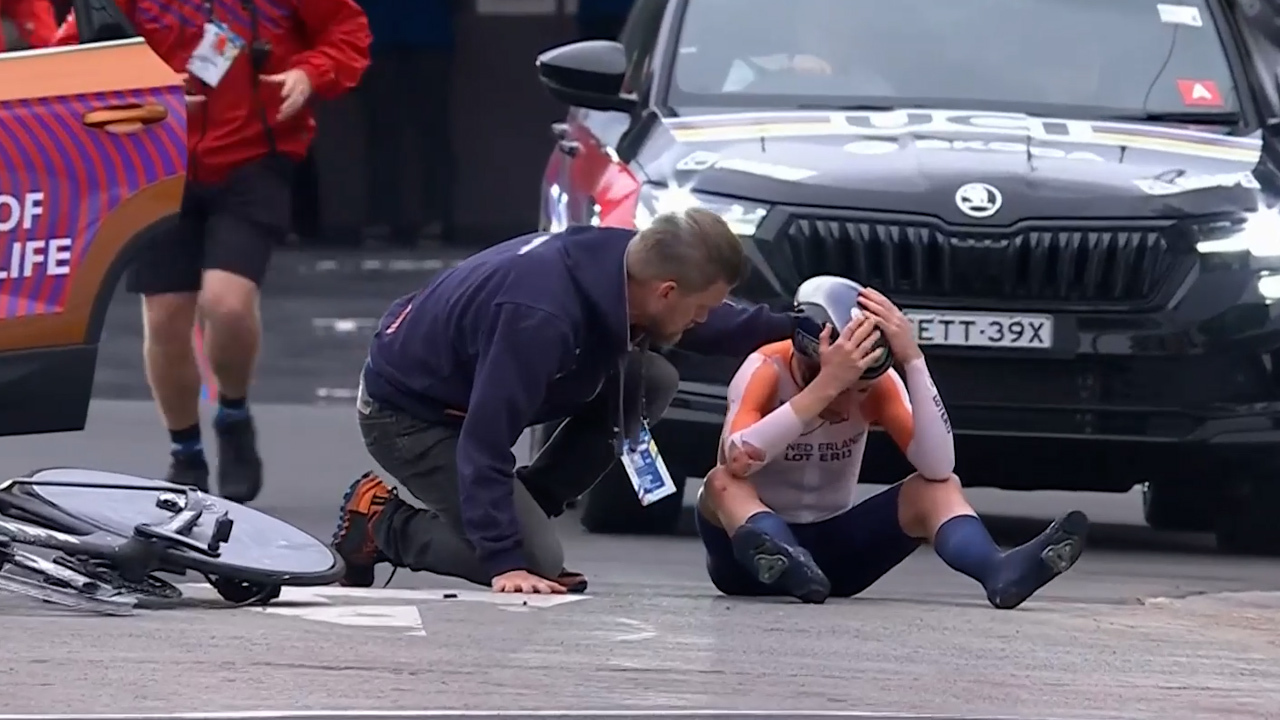 Gilmore was unsure whether it was rider error, mechanical failure – or both.

“So much power would have been going through the pedals… she’s not happy about that.” 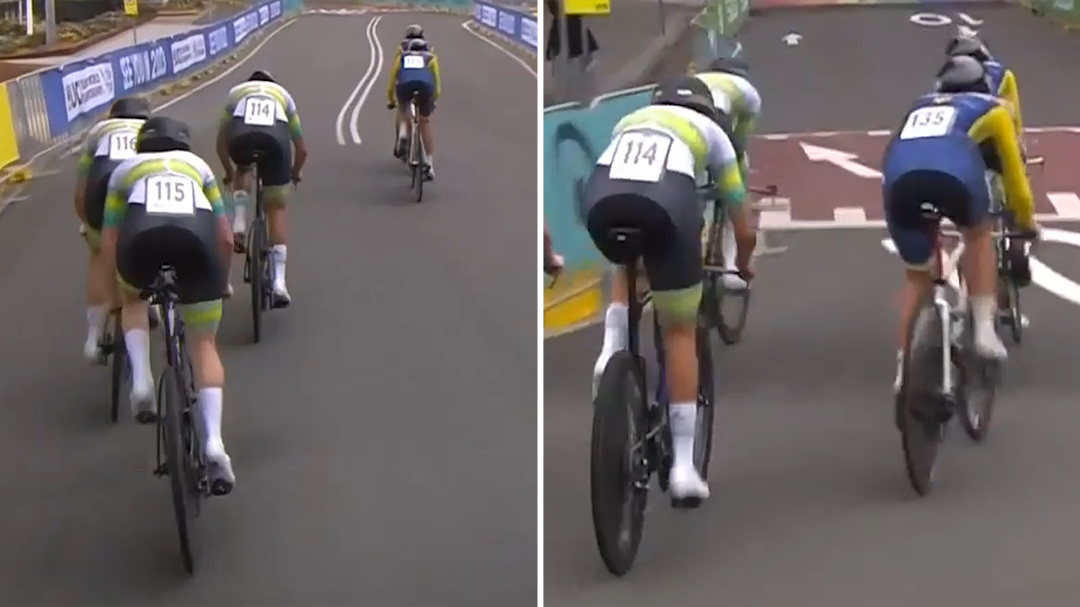 The highly decorated 39-year-old was already having a tough week in Wollongong after finishing seventh in the elite time trial on Sunday.

Van Vleuten entered that race as one of the favourites. 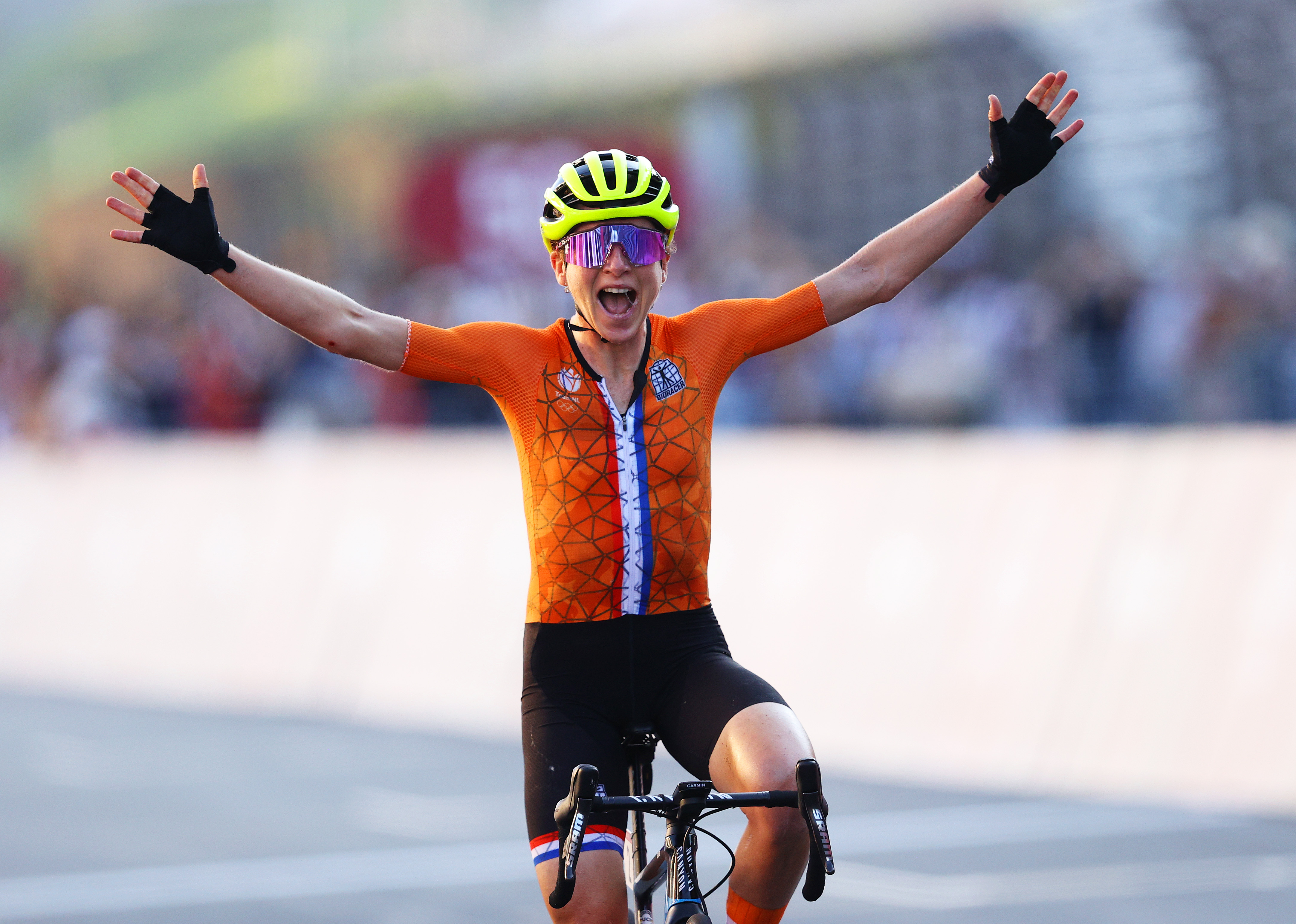 “I had the feeling it was possible today and I went out of the gate quite hard but I was already behind at the intermediate check so I knew already that I had a shit day,” she said on Sunday.

“Afterward, when I look at my power I could see that I didn’t have a good day.

“I had the feeling that I was having a good day and then at the intermediate, it was not good. I don’t have so much to say. I had a shit day so we don’t need to analyse it. It just wasn’t possible today.”