Australia’s Daria Saville ﻿has called on fans to “pray it’s not ACL” after suffering a brutal fall during the Pan Pacific Open, leading opponent Naomi Osaka to rush to her aid.

In just the second game of their round of 32 match, Saville screamed in pain after hitting a forehand, before immediately falling to the ground.

You could hear the 27-year-old say “my knee” as Osaka quickly scooped up some towels and kneeled next to her opponent.﻿

While Saville tried to play on after a lengthy delay, it was not to be – the pair shaking hands after just 11 points. 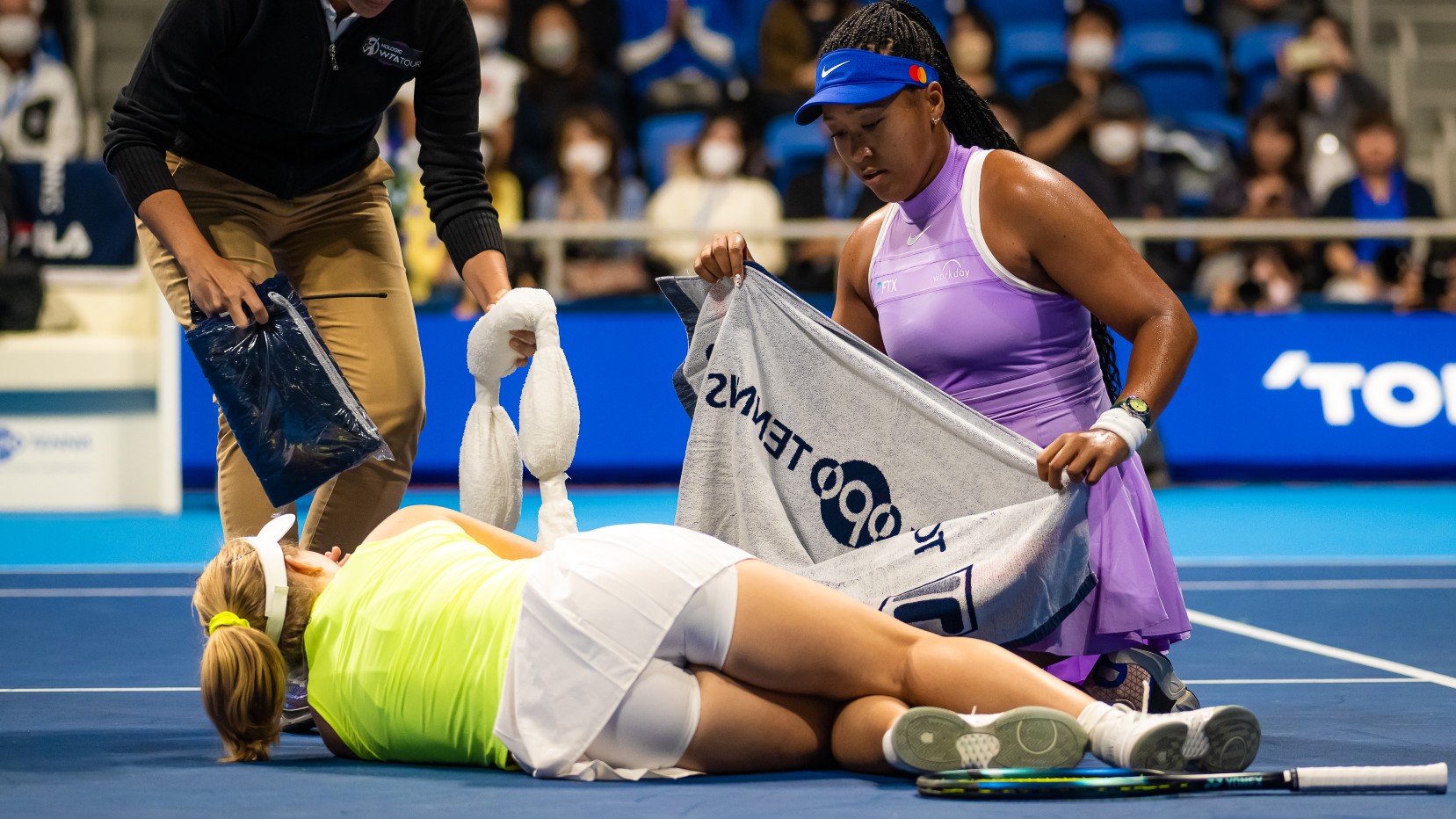 “Then I got really scared because I felt like as athletes we have a pretty high pain tolerance. It seemed really bad.”﻿

Saville posted on social media later that she was in disbelief over the incident.

﻿It’s a brutal piece of luck for Saville, who had recently returned to the WTA’s top 50 after struggling repeatedly with injuries in recent years.

In addition to her post-match comments, Osaka later posted a video message of support for the Australian.

“I just wanted to let you know you’re one of the funniest people on the tour, and I still remember all of the nice things that you said to me at the French [Open] this year ﻿- so I want you to know that I’m wishing you the best.

“I hope that it’s not a major injury at all and you’ll bounce back, because I know that’s what you’re good at.”