Legendary coach Guus Hiddink ﻿has praised the courage of his one-time protege Graham Arnold, heralding his call to sub in goalkeeper Andrew Redmayne for the Socceroos’ penalty shootout win over Peru.

Hiddink was famously the man who steered Australia to their first World Cup berth in 32 years, when they clinched qualification to the 2006 tournament after a tense penalty shootout win over Uruguay.

But although Mark Schwarzer was the eventual hero of the night, with two penalty saves, their had been speculation throughout that Hiddink would sub on Zeljko Kalac ﻿for the shootout – but had that option taken out of his hands when Brett Emerton began cramping in the final minutes, and had to be taken off, using the team’s final sub.

“I’ve had many years to think about it,” Hiddink said.

It ended up working out perfectly for both the Socceroos and Hiddink – and Arnold was right there by his side.

﻿”What Guus did for our game in Australia … was an amazing feat, and it really changed Australian football,” he said.

The match in Brisbane will not only serve as a final home tune-up before the World Cup, but also a celebration marking 100 years since the Socceroos’ first international, against New Zealand in Dunedin in June 1922.﻿

The Socceroos squad boasts 31 players for the two upcoming games against New Zealand, with Arnold to use two different line-ups across the fixtures.﻿﻿

There’s few people better equipped to help whittle that squad down for Qatar than Hiddink.﻿ 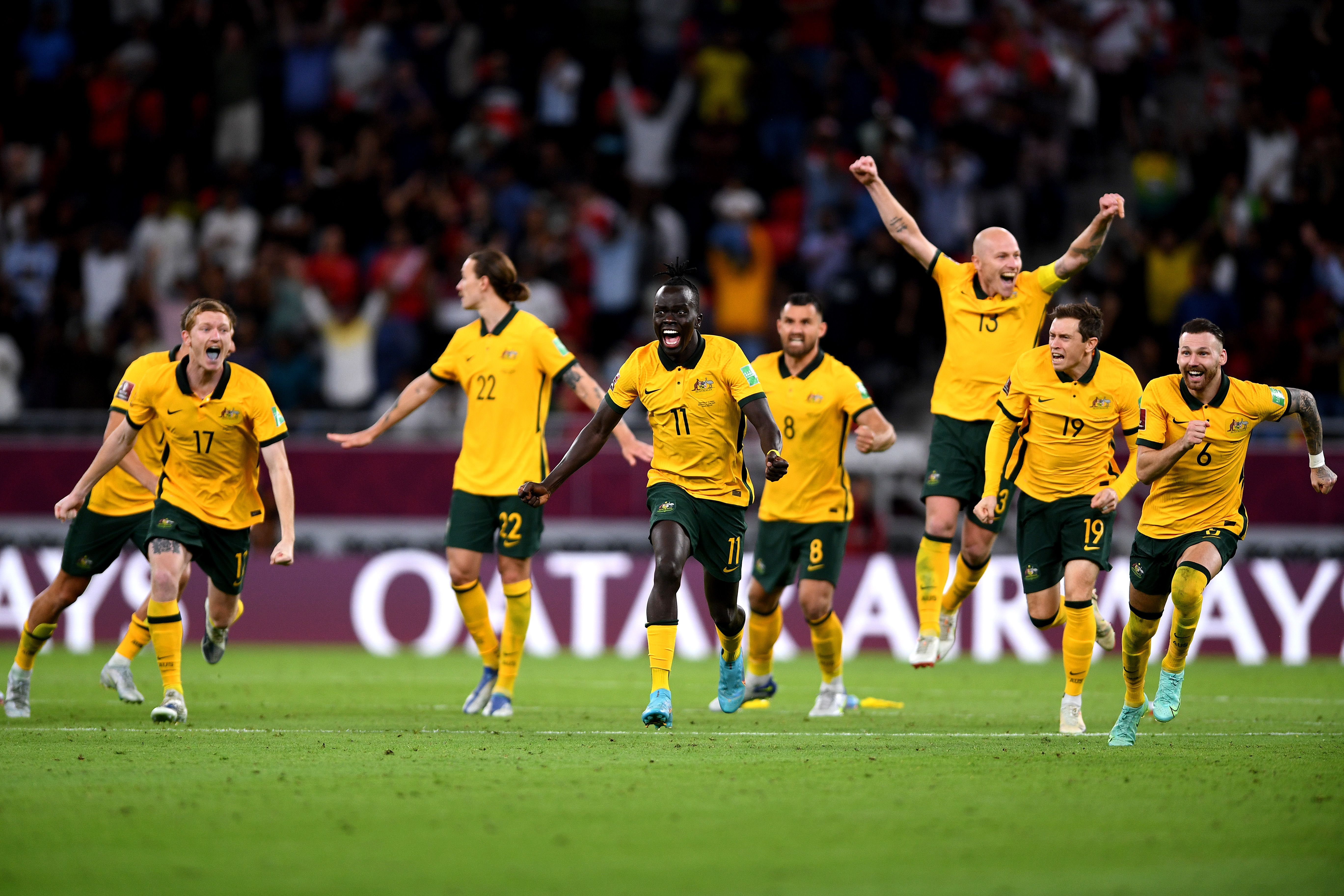 “We need the fitness, we need the freshest, and we need the best – and I know with Guus’ eye for talent, but also on the way he speaks to players, that this camp can be a real bonus,” Arnold said.

Hiddink said he instantly accepted Arnold’s invitation to get involved this week.

“I had beautiful experiences in the past, qualifying through South America, through Uruguay, for the first time in decades,” he said.

“My experience with this country, with this team, with the staff, was one of my highlights – and that’s why I’m very happy to be back.”

Australia will take on New Zealand in Brisbane on Thursday, before a return fixture at Eden Park on Sunday afternoon.

﻿Now 75, Hiddink last managed Curacao after post-Socceroos stints with Russia, Turkey, Netherlands and China’s under-21 team, as well as two interim periods in the EPL with Chelsea, and a season in the Russian league with Anzhi Makhachkala.