T﻿he trainer of Justis Huni‘s next opponent has labelled Australia’s rising boxing superstar disrespectful and has promised to “teach him some manners”.

Isaac Peach is livid at the way he and his athlete – New Zealand heavyweight slugger Kiki Leutele – have been treated by the Huni camp in recent months.

﻿The pair were meant to square off on the undercard of Jai Opetaia’s world title fight against Mairis Briedis, which was originally scheduled for May but had to be pushed back to July.

By the time that event happened Huni’s team had instead organised to headline their own fight night, and he beat fellow Aussie Joe Goodall in Brisbane.

﻿Peach claims the Huni team then attempted to set up a fight against Briedis at heavyweight, but when that was rejected they called Leutele back to lock in a bout on November 4 at Nissan Arena in Brisbane. 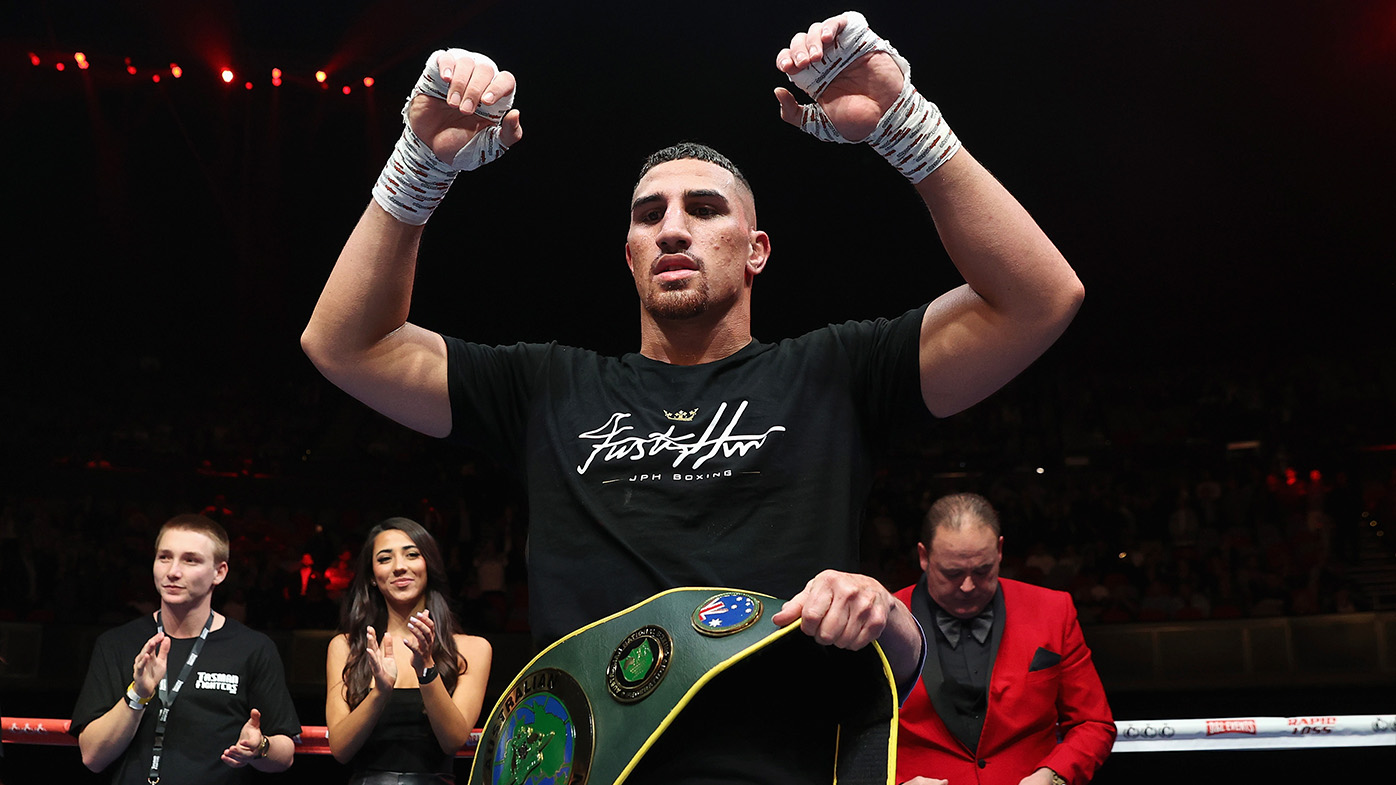 “It’s been a long haul to get here. We’ve been treated like total shit up to this point,” Peach told Wide World of Sports as promoters confirmed the November 4 event.

“It’s disgusting, the way we’ve been treated. We’re motivated to change Kiki’s life and to teach these guys a lesson… some manners, that would be the way to put it.

“The fight was never delayed. We had a fight, they booked Goodall instead.

“It’s not OK, people shouldn’t be treated like this. We’ve finally got the opportunity now and we’re going to make the most of it.﻿”

Huni, 23, is unbeaten in six professional fights and is regarded as Australia’s next best chance of bringing a world heavyweight title Down Under. 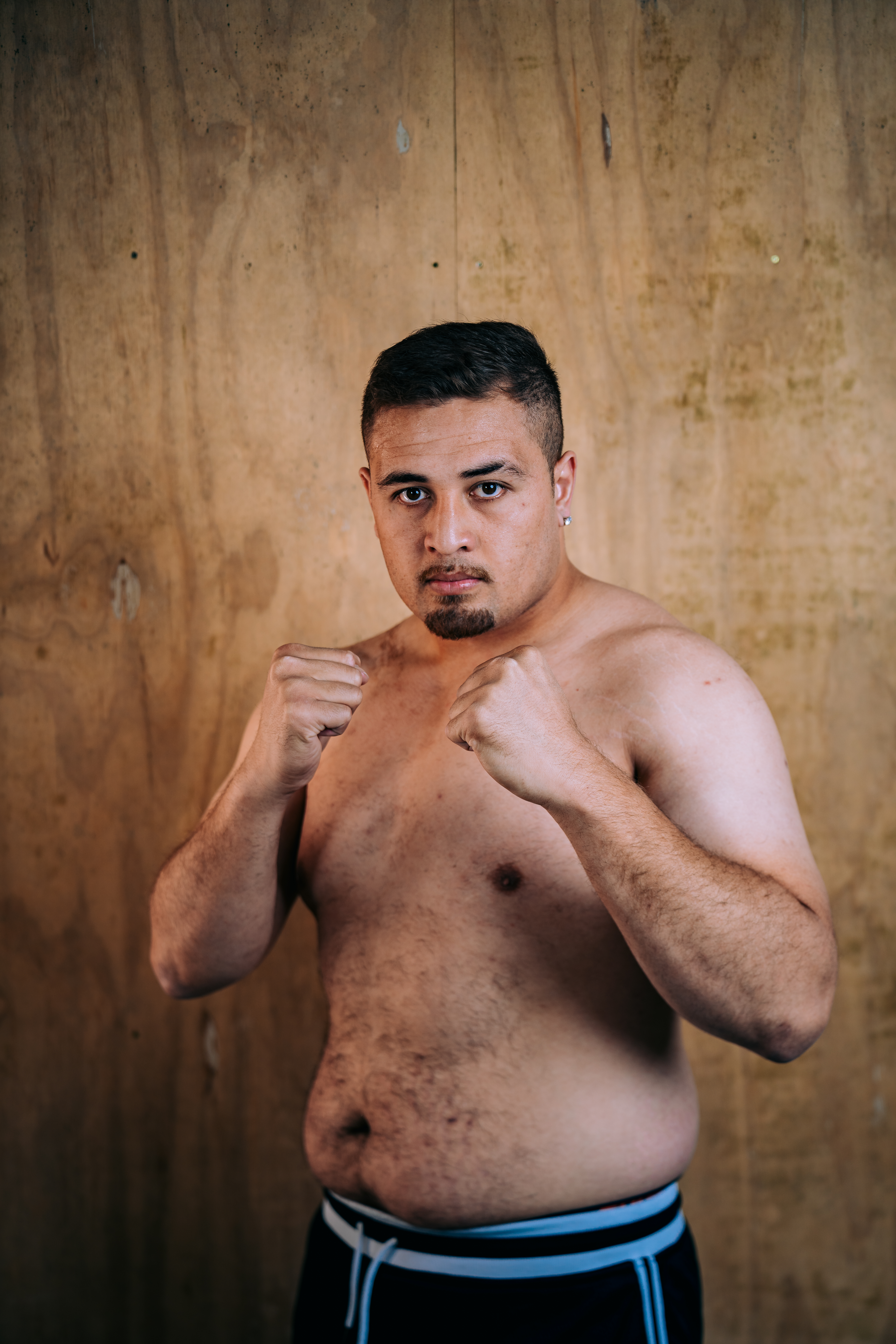 ﻿Leutele, 28, has only lost once in 11 fights, and that was a controversial unanimous decision defeat at the hands of Demsey McKean in May last year.

The New Zealand native has knocked out ﻿seven of the fighters who have been brave enough to step into a ring with him.

While Huni is careful not to underestimate Leutele, the Queenslander is confident he can notch up another win and remain unbeaten.

“I think it will be similar to all my previous fights – there’s always risk involved, going up against heavyweight that say they can punch and they’ve got that knockout power,” Huni told Wide World of Sports from Los Angeles, where he is based while training for the November fight.

“We’ll be ready for all of that, whatever they bring. I feel like it’s the same as all my past opponents. They’ve said the same thing, and I’ve ended up coming away with the win quite comfortably. 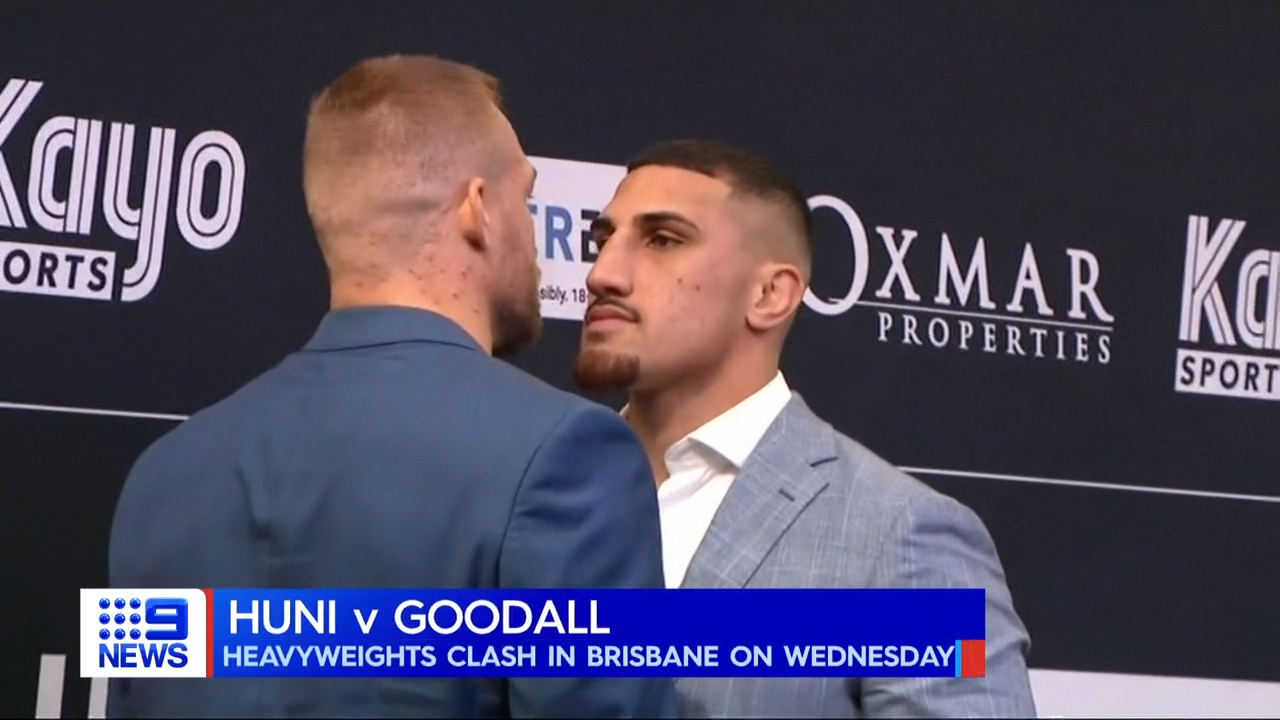 “There’s no overlooking Kiki, because like I said, he can punch. I guess he’s a got a little bit of boxing ability.

“But watching that fight he had with Demsey, I didn’t see nothing too special. But you’ve always got to be prepared for whatever can happen in that ring. Like always I’ll be ready to come into the fight well prepared and ready to go the full distance.﻿”

The Leutele camp won’t be surprised by those Huni comments.

Peach says the Aussie is already looking past this bout, and ahead to a fight against Briedis, which will most likely happen early next year.

“Justis is looking right past us, which is dumb. He’s got no respect for us,” Peach said.

“Justis ain’t done nothing yet. He’s six fights in (to his career) against nobodies – Goodall was rubbish.

Kiki doesn’t plan on using every one of the rounds to beat Huni.

“We’re coming to knock him out and come back (to New Zealand) victorious. I’m 100 per cent confident I can do it.﻿”

ANOTHER BP FIRE: Ohio Firefighters Respond to a Fire at the BP Refinery; Injuries Reported (VIDEO)