Tony D’Alberto could have his Supercheap Auto TCR Australia Series points lead eaten into if stewards find him guilty of causing a clumsy incident at Sandown.

The Wall Racing driver collided with HMO Customer Racing’s Bailey Sweeny in race three of the weekend at the SpeedSeries event in Melbourne.

The Wall Racing driver has been Mr Consistent this year and holds a 53-point margin over Garry Rogers Motorsport ace Jordan Cox. 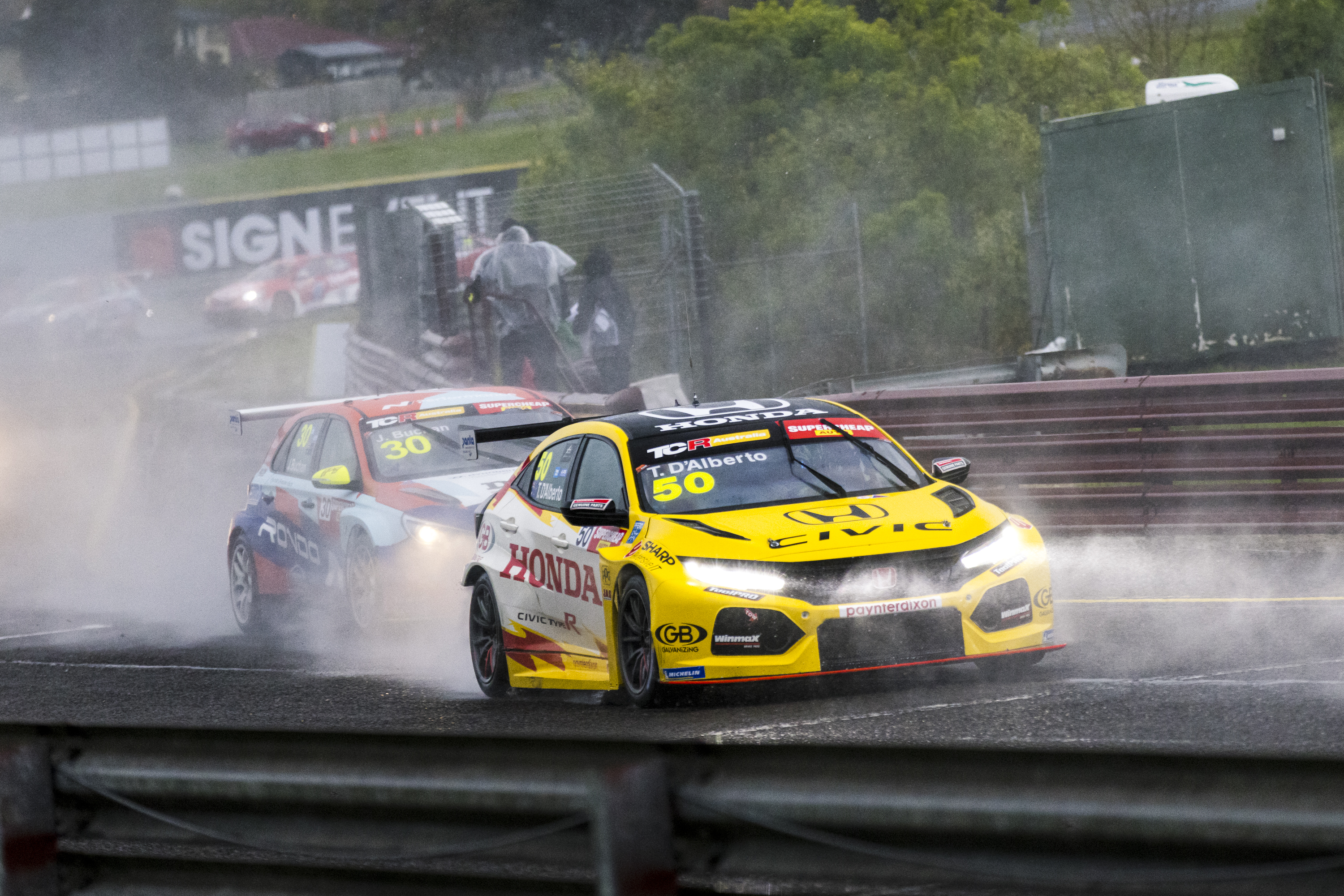 However, that advantage could be in jeopardy if he cops a penalty for the incident which sent Sweeny sliding through slippery grass.

Wide World of Sports understands the move is being investigated by Motorsport Australia officials and could see D’Alberto demoted in the race three results.

D’Alberto finished fifth while Sweeny took the chequered flag behind him in seventh place while Melbourne Performance Centre driver Will Brown claimed the win.

“I saw Bailey have a go down the inside at turn one. I was happy for him to go, he was quicker than me, but then I copped two hits on the way through,” D’Alberto explained.

“On the exit, I was on the brake trying to avoid him and we still made contact.

“I don’t know. You couldn’t see a lot. I’ll give him that. But there was just really no need for the hits on the way through. I was happy to give him the spot.” 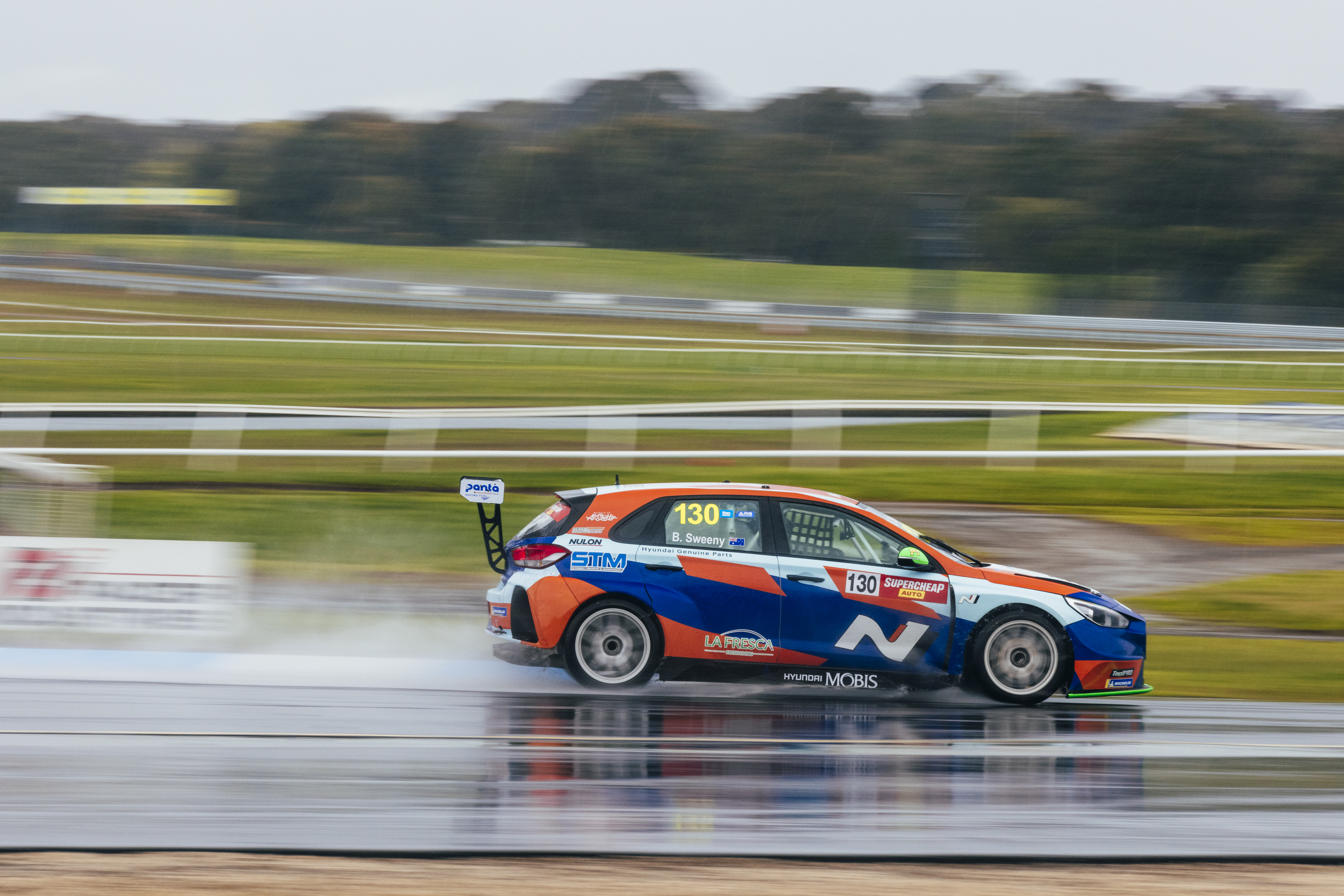 Asked by Stan Sport commentator Molly Taylor if he thought the incident would be investigated, D’Alberto replied, “Who knows?

“I just think it’s unnecessary to have the impact mid-corner when I’m letting him go. There’s no need for it. It’s not the first time he’s done that sort of thing. Anyway.”

In a post-race interview, Sweeny inferred a penalty would be warranted.

“I got beside him into [turn] one and we were side-by-side and I’ve just ended turn two backwards,” Sweeny explained.

“Not sure what the go was there. Let’s see what the stewards say. I saw the vision when we came in. it looks pretty clear cut to me, but we’ll see what happens.” 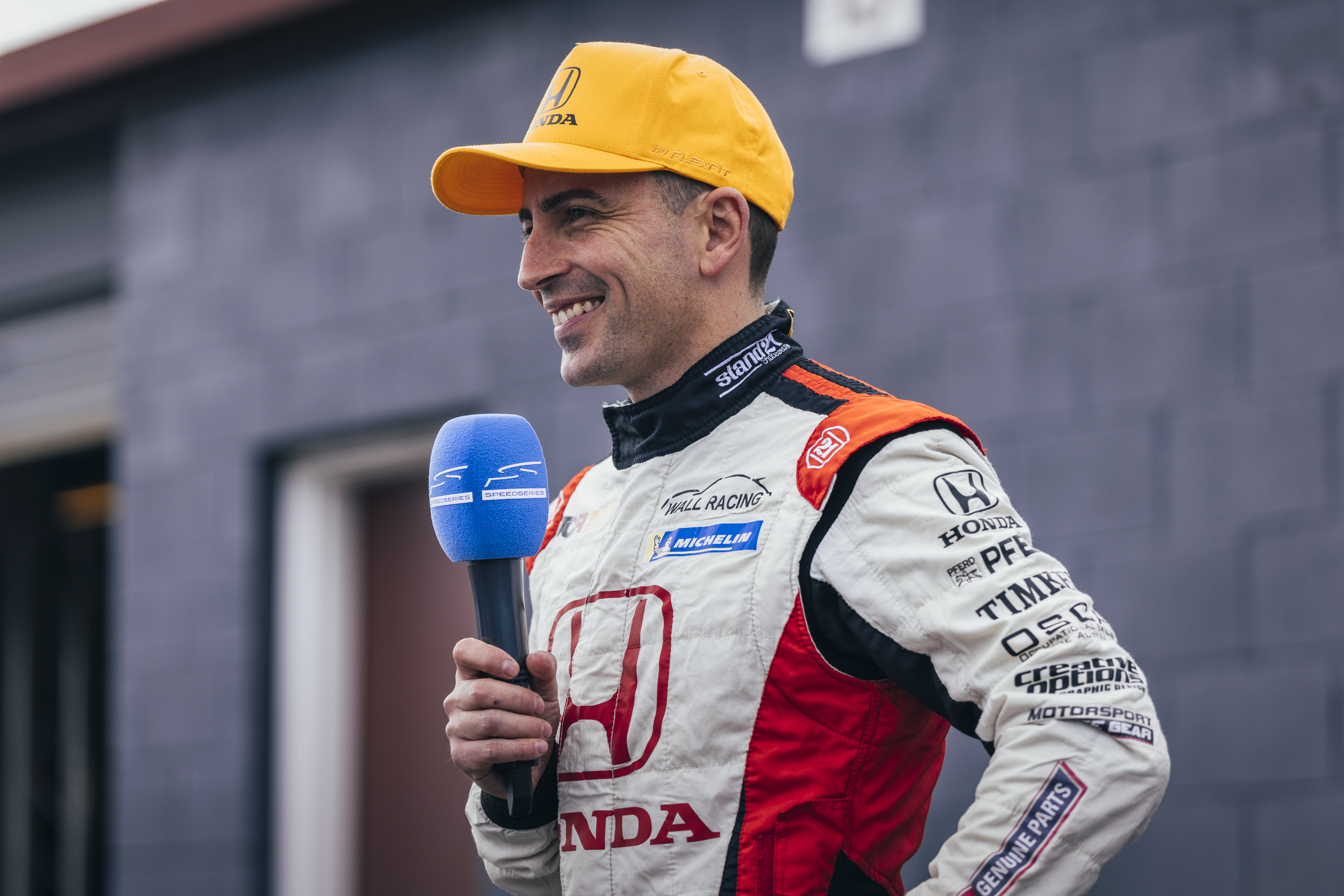 D’Alberto has enjoyed a solid season with five podium finishes, including two wins at Queensland Raceway.

So far, he has finished every race in 2022 – something none of the top five contenders can claim on their rap sheet.

D’Alberto said he was “satisfied” with the weekend’s results, especially considering the inclement weather which caused chaos in all three races.

“It could have been a lot easier,” said the Bathurst 1000 podium finisher.

“It’s been tough for everyone with the conditions. It was hard work out there, there’s no doubt about it. 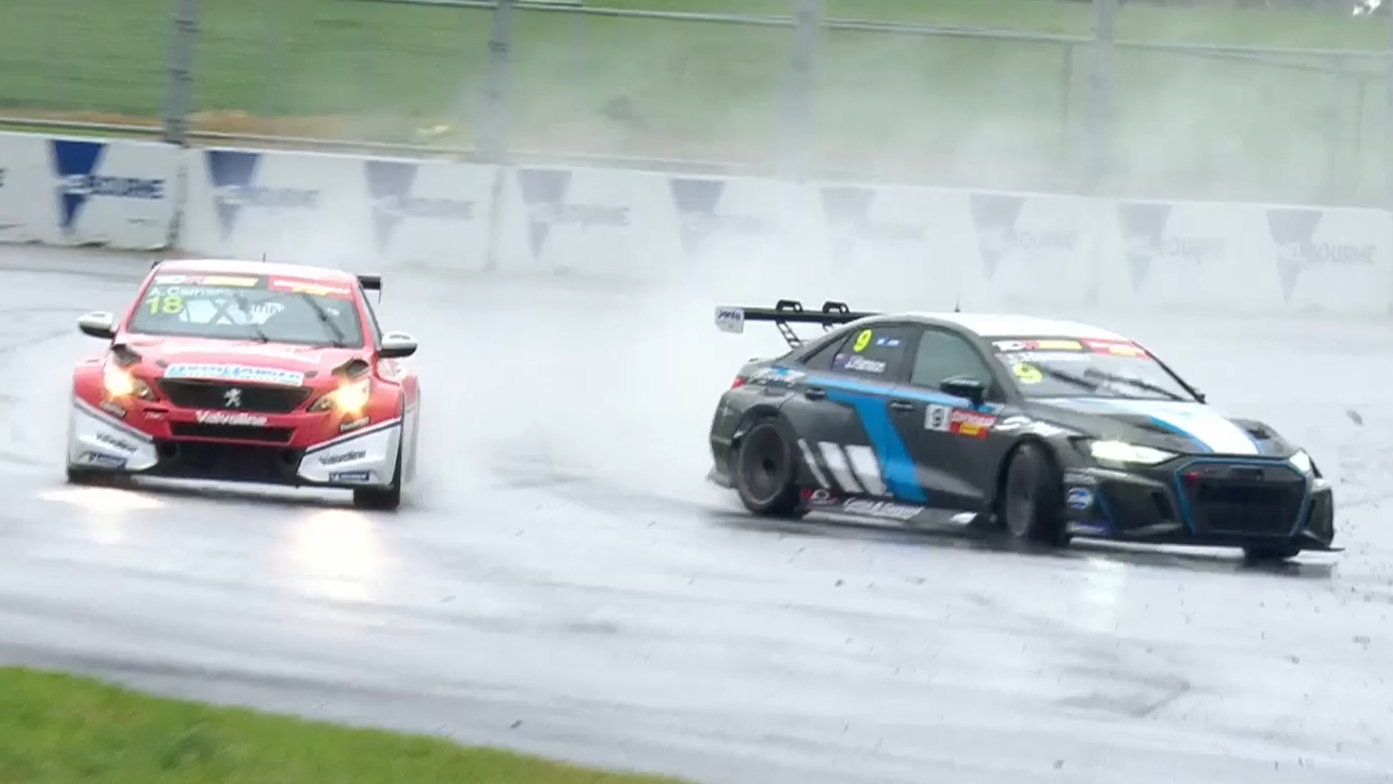 “Happy to survive it and go to Bathurst with some good points under our belt and see if we can wrap it up there.”

The TCR Australia Series concludes at Mount Panorama on November 11-13 as part of the inaugural Supercheap Bathurst International.

Star midfielder turns his back on Bulldogs