Chaos as star sent off after just nine seconds

Nice defender Jean-Clair Todibo will quickly want to forget this game after he was sent off just nine seconds into his side’s 1-0 home defeat to Angers.

The former Barcelona central defender tripped Abdallah Sima as he was running through on goal and referee Bastien Dechepy had no hesitation showing him the fastest red card in French first division history.

“A refereeing decision that shocks me and condemned my team to start the match at a big disadvantage,” Todibo wrote on his Twitter account in a message that has subsequently been deleted. “Referee’s decisions at the start of this season have been very questionable and I hope the LFP (French league) does something to remedy this.”

Angers also finished with 10 players after midfielder Sofiane Boufal was sent off in the 62nd minute, but Nice couldn’t find an equaliser to midfielder Nabil Bentaleb’s fine 20-metre strike for Angers in the 43rd.

Marseille remains unbeaten but dropped points in a 1-1 home draw with Rennes where midfielder Matteo Guendouzi scored at both ends. 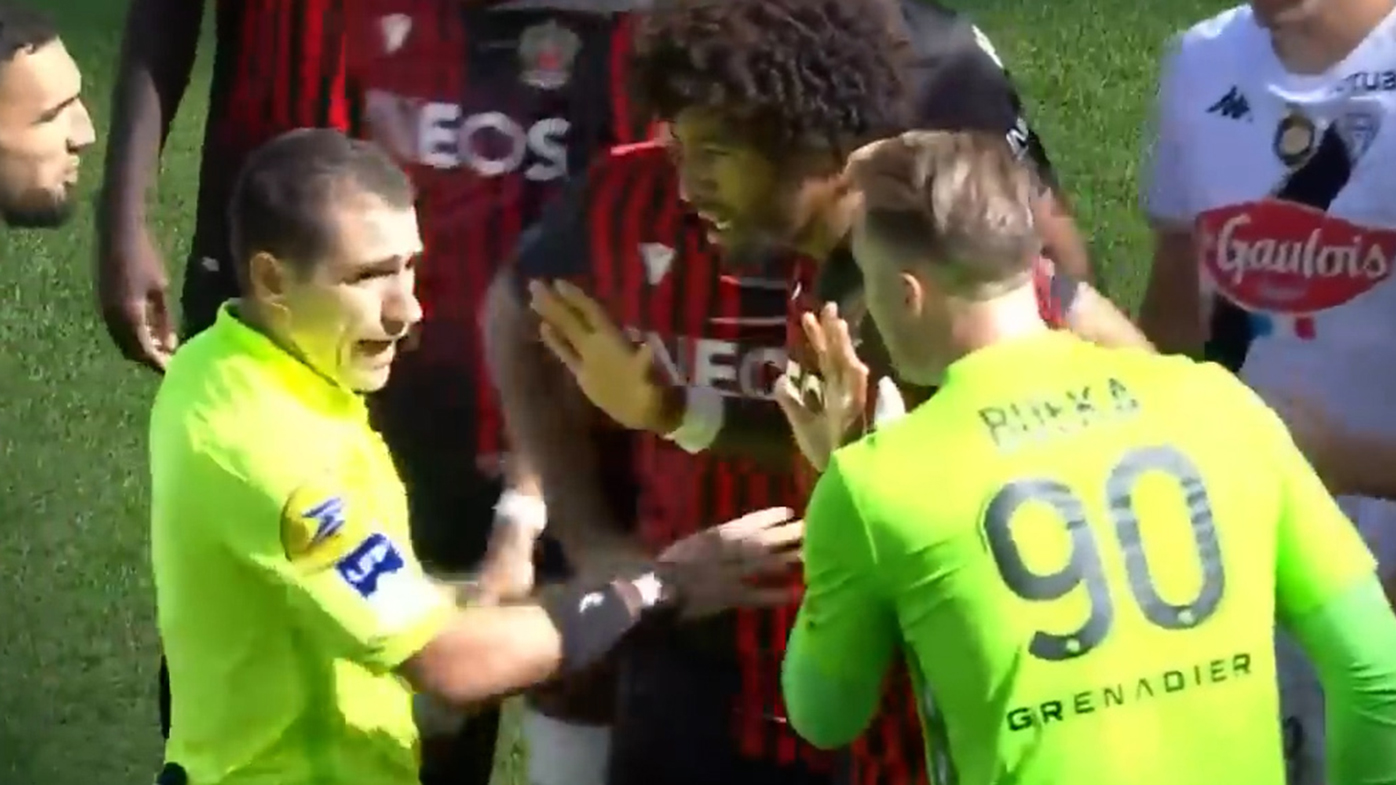 Rennes took the lead midway through the first half at Stade Velodrome when Guendouzi scored an own-goal by deflecting in Hamari Traoré’s cross.

He made amends in the 52nd when he headed home from a corner past former Marseille goalie Steve Mandanda, who played more than 600 games for Marseille and captained the club for many years.