T﻿hree-time NRLW champions Brisbane will, for the first time, not feature in the competition’s finals.

The Broncos needed to beat Parramatta in Gosford on Sunday, or lose by less than four points to stay in fourth place and book their spot in the playoffs.

But the Eels stunned the Queensland team – who won the first three NRLW premierships contested – to score a 28-16 victory and leapfrog their opponents into fourth.

﻿Brisbane captain Ali Brigginshaw was struggling to find the words to describe what was an underwhelming season. 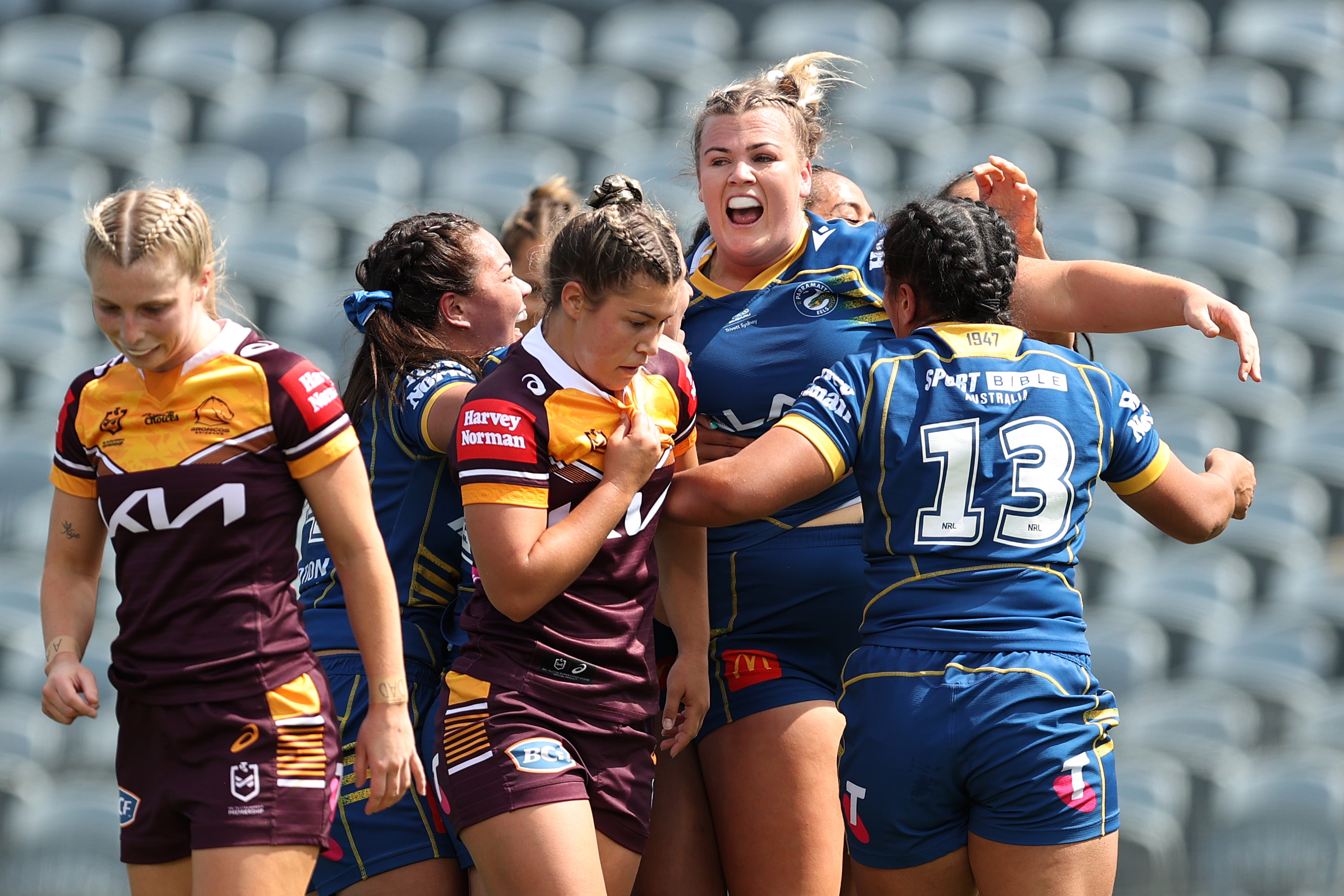 “You train so hard and then you put in performances like that. There were too many moments we didn’t show enough enough and desire as a team.”﻿

The live NRLW ladder changed several times throughout the game, and midway through the second half it looked as though Brisbane was going to clinch fourth spot.

Brigginshaw caught the Eels napping by kicking it short, and ﻿Jaime Chapman shot off the line for Brisbane to catch the ball before Parramatta knew what was happening.

In that set the Broncos charged up the field and a Tarryn Aiken grubber kick found Brigginshaw who scored to level things at 16-16. 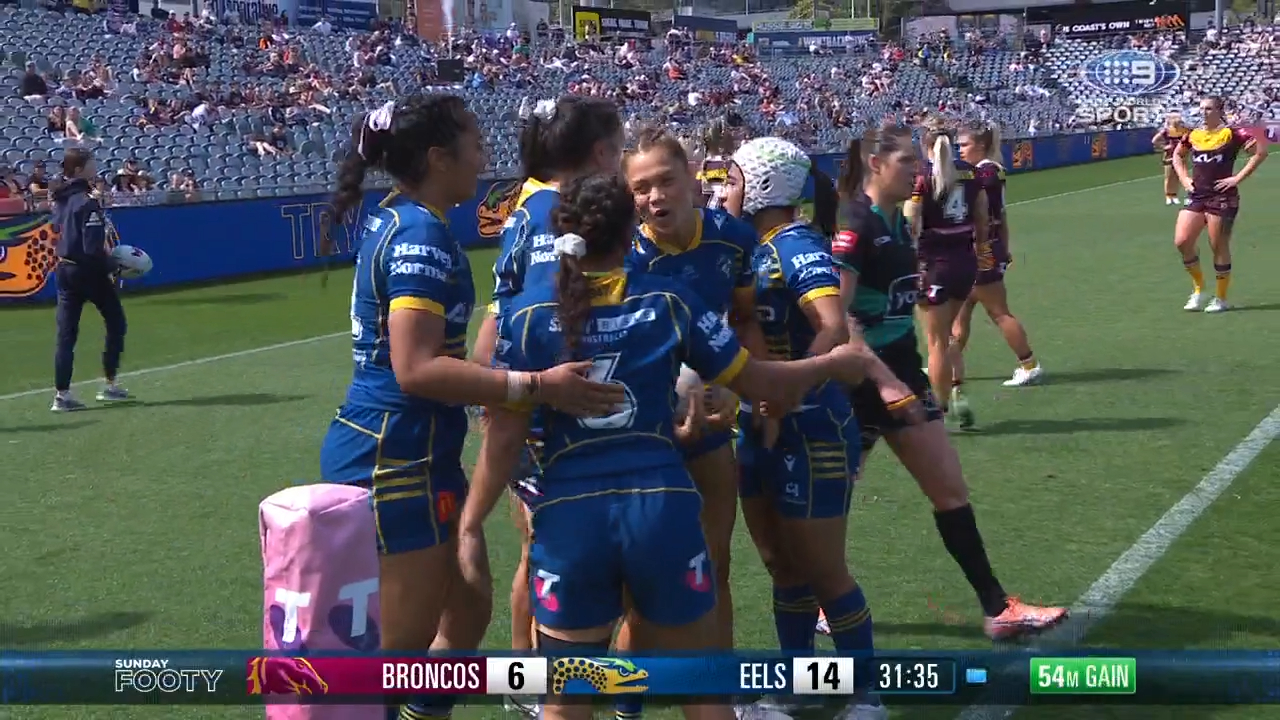 “What a play, Chapman and Brigginshaw,” Slater said in commentary.

The Broncos were on a roll then, but the Eels turned the tide with two quickfire tries – both converted – to shoot out to a 12-point lead and that’s where they stayed.

Earlier in the game, Parramatta five-eighth Ash Quinlan got the party started with an audacious long-range cut-out pass which hit her winger Zali Fay on the chest for a great try.

“Wow, what a pass by Quinlan,” Slater said.

“Right to left, all the way to Fay – beautiful pass.﻿”