Relief for Rabbitohs but three stars under cloud

South Sydney has been afforded some relief with star prop Tevita Tatola escaping suspension for a chicken wing tackle during Saturday’s semi-final win.

﻿Tatola was put on report during the win over Cronulla for a dodgy tackle on Sharks winger Ronaldo Mulitalo.

A ban would have been a hammer blow for the Bunnies with fellow front-rower Tom Burgess already suspended for next week’s preliminary final against Penrith.

READ MORE: Swans win to grand final with ‘one of the best games you’ll see’

﻿But the NRL’s match review committee has offered Tatola only an $1800 fine for a grade one dangerous contact charge. 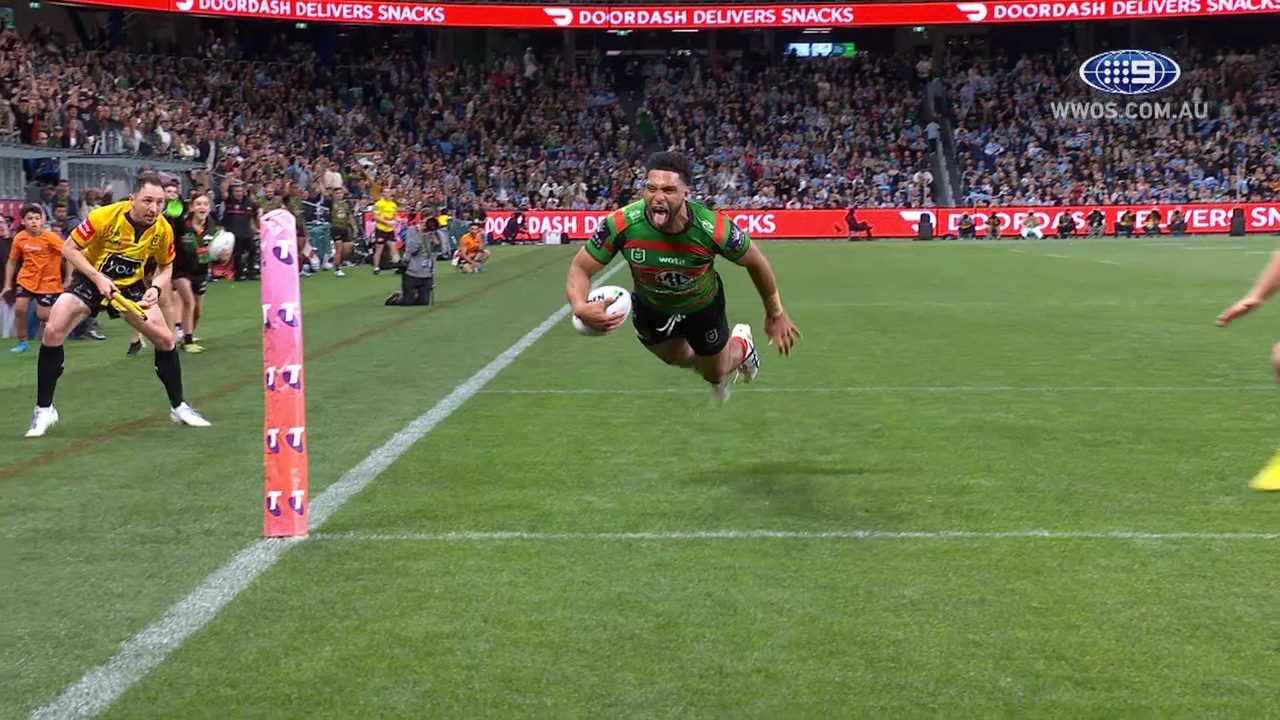 Rabbitohs coach Jason Demetriou expected Tatola to be fined and will be relieved he will escape a suspension.﻿

The Rabbitohs, though, are still sweating on the fitness of three players.

“Fingers crossed we can get stuck into the rehab and get them back in seven days,” Demetriou said.﻿