South Africa emerged from Buenos Aires as New Zealand’s main rival for the Rugby Championship after Argentina was beaten 36-20 on Sunday (AEST).

All four teams could still win the most fiercely competitive championship in the last round next weekend and, in the unlikely event of the All Blacks losing to Australia at their Eden Park fortress for the first time in 36 years, the Springboks are in prime position to take advantage.

The Springboks close the tournament against the Pumas back home in Durban and by then will know what they have to do to win their second title in the Rugby Championship era.

They set up their chance with a first half display of relentless forward might that made the Pumas lose their heads, then weathered a Pumas comeback, and finished brilliantly with two tries in the last five minutes to recapture the bonus point.

Before kick-off, SA Rugby released an extraordinary statement regarding allegations of drug use among players.﻿ “SA Rugby is aware that unsubstantiated allegations of failed tests for recreational drugs by Springbok players are circulating among members of the media,” the statement read.

“Disappointingly, these allegations have already appeared online despite the absence of any evidence to support them. SA Rugby has consistently advised all inquiring media that no such reports have been received by SA Rugby or any player from the only authority permitted to perform such tests, the South African Institute for Drug Free Sport. SA Rugby does not conduct its own tests.

“Despite the absence of any such reports, players and management in Argentina have been contacted to “tell their story”, distracting and destabilising the entire camp in the build-up (to) today’s Test against Argentina in Buenos Aires. 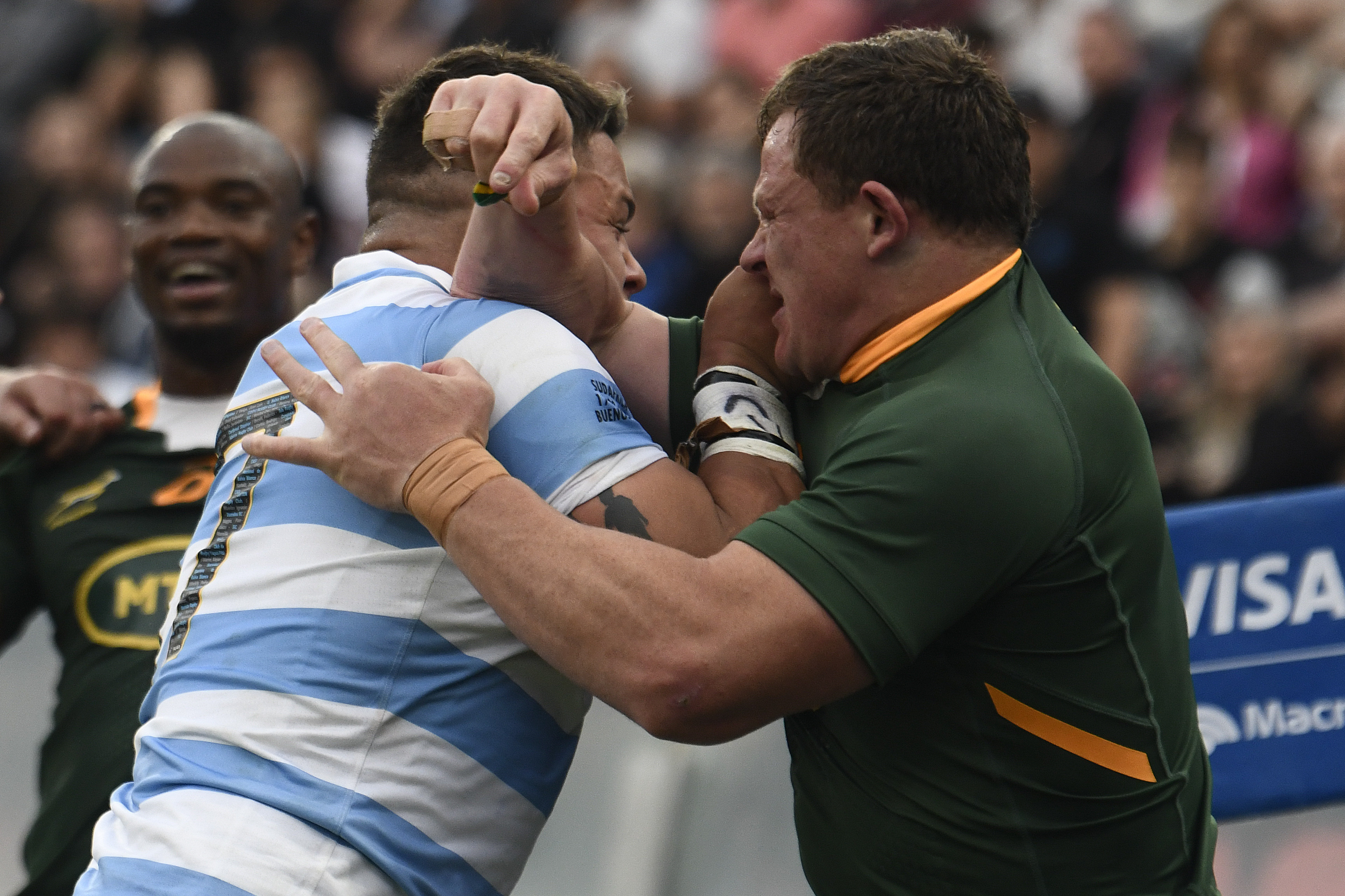 “SA Rugby wishes to repeat that it has no evidence of any adverse analytical findings for any kind of drug – be it performance enhancing or recreational – by Springbok players and regards the publication or the threat to publish such allegations as a deliberate attempt to sabotage the team’s preparations.﻿”

The Springboks shrugged off those distractions to ﻿score three tries to none in a first half that was constantly stopped, particularly for offsides.

The first try was a penalty try, to no surprise.

South Africa attacked the short side off a lineout maul, Pumas flyhalf Santiago Carreras appeared to stop it, but then came from offside to hold up Springboks scrumhalf Jaden Hendrikse over the line.

Carreras conceded the penalty try and was sinbinned.

While he was away, the Springboks crossed twice more. 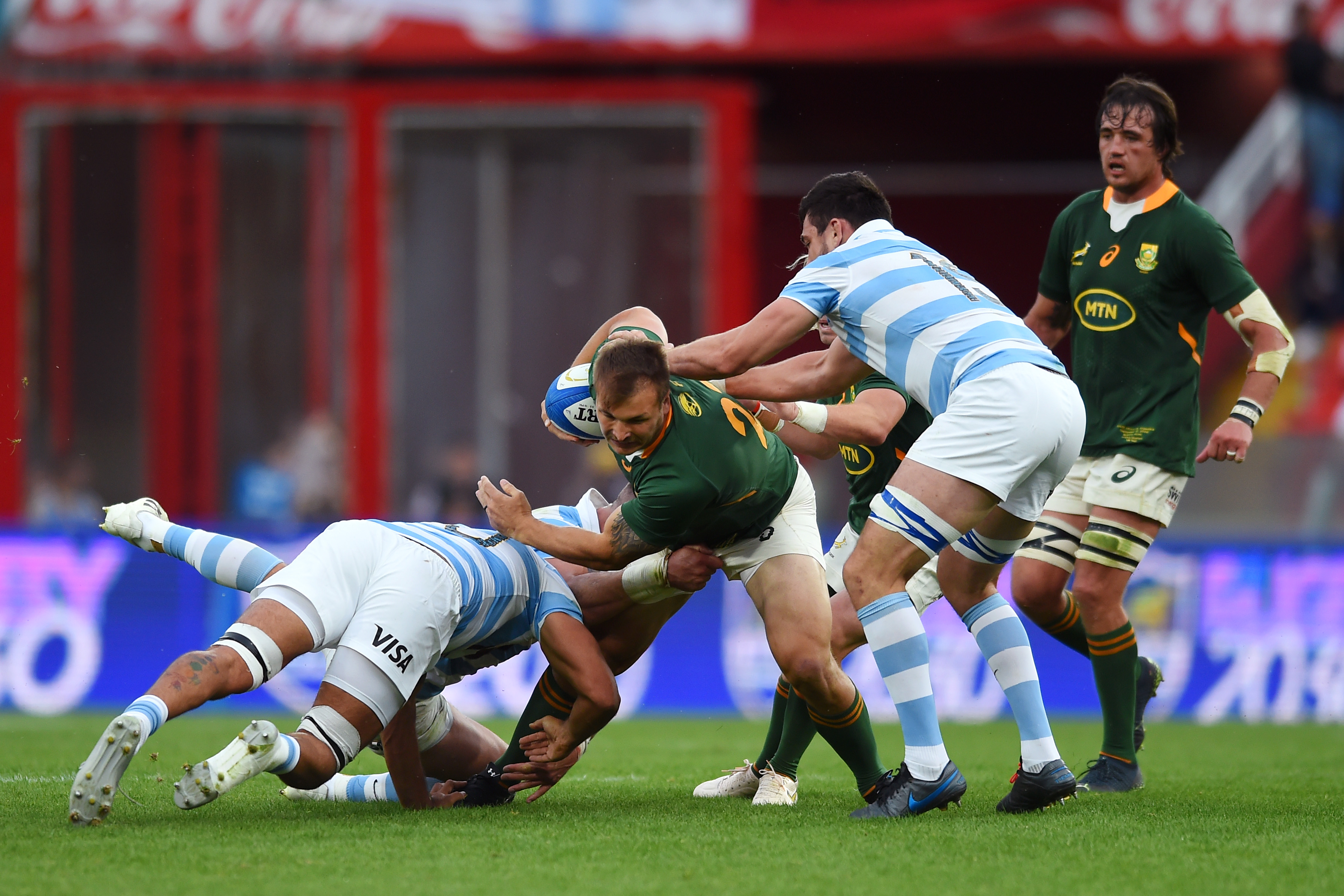 After the Boks went for three consecutive attacking lineouts instead of penalty kicks, Hendrikse wasn’t considered a threat by the Pumas and allowed to stroll to the tryline.

Then the Springboks produced a textbook lineout maul that carried hooker Malcolm Marx over the line for a 22-6 lead after 32 minutes.

Argentina was playing with scraps, and wasting what little they had. Warned repeatedly by New Zealand referee James Doleman, who penalised the Pumas 12 times in the half, the home side lost a second player to the sinbin, scrumhalf Gonzalo Bertranou, and almost conceded another try on halftime.

But Lood de Jager’s score was rubbed out by a knock on.

Down by 16, Michael Cheika’s Pumas threw caution to the wind in the second half with offloads galore, and finally roused their frustrated fans in their last home match of the year. 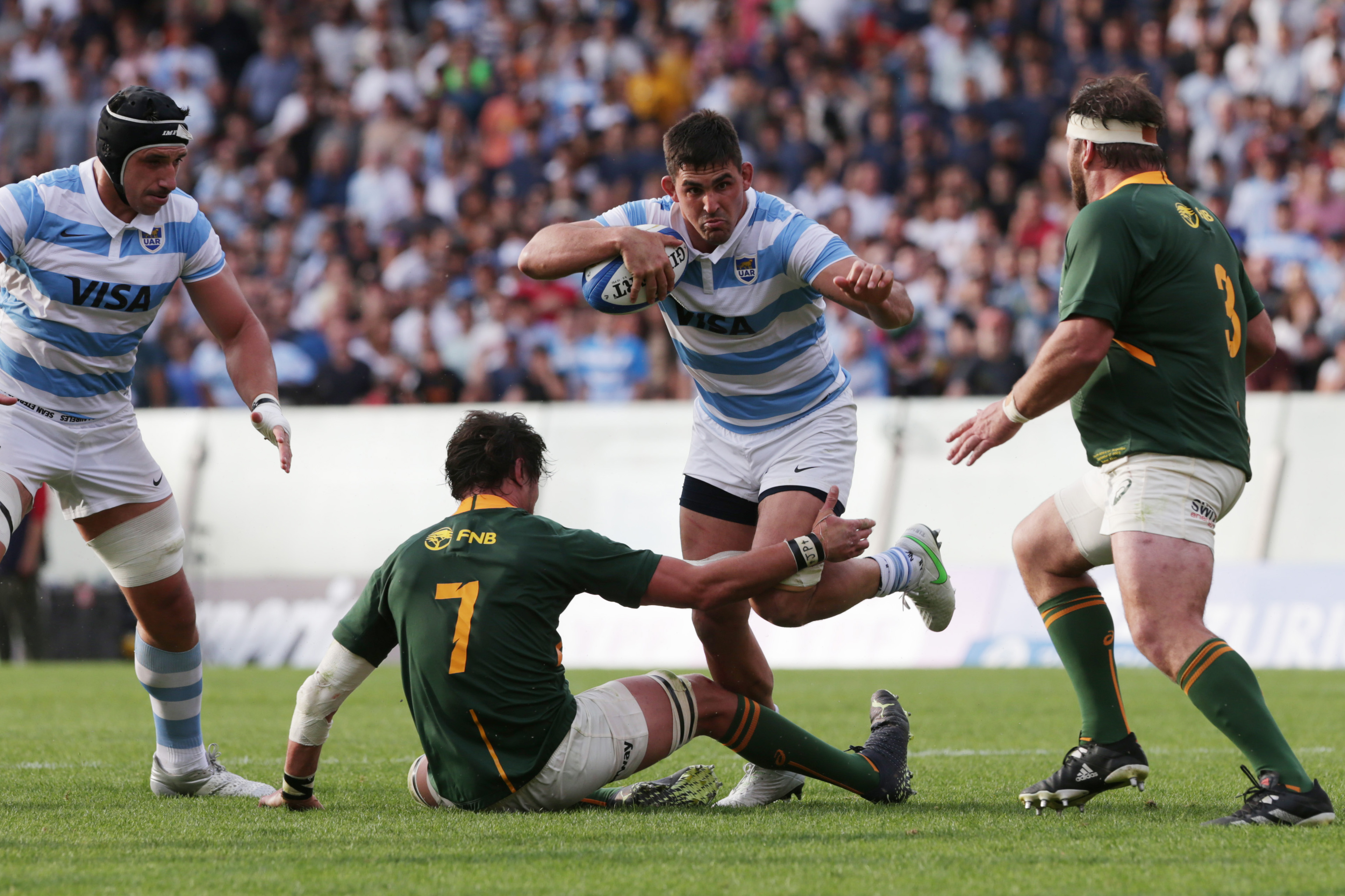 With the heat turned back on a somewhat complacent South Africa, fullback Willie le Roux was sinbinned.

The Pumas received another fillip when former captain Agustin Creevy came on and became Argentina’s most capped player in his 95th Test.

With the man advantage, Argentina earned a penalty try, and with a two man advantage scored another try to close the gap to 22-20 with 10 minutes to go. 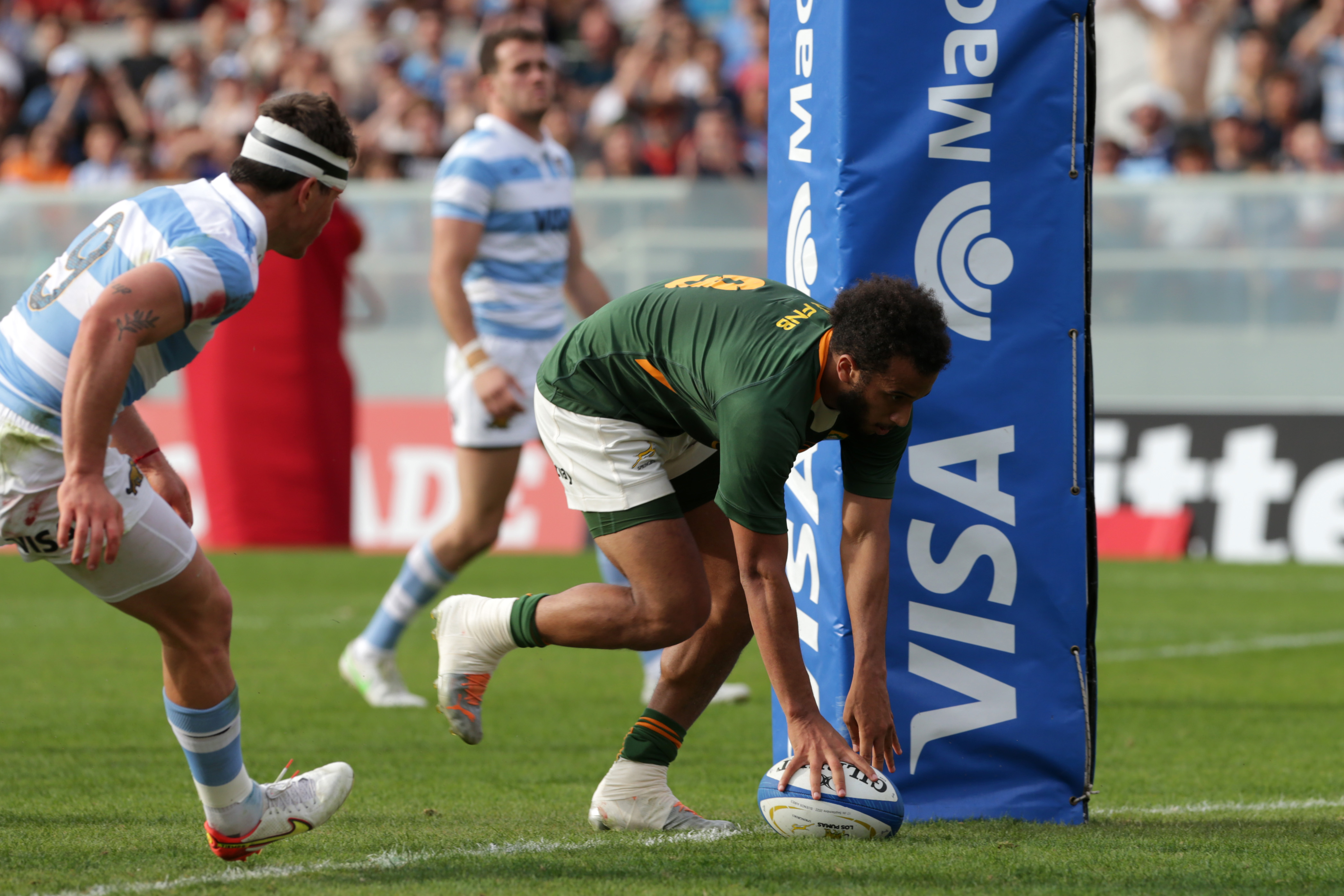 The Pumas penalty try came when replacement scrumhalf Tomas Cubelli was held up but twisted around the neck and prevented from reaching out for the line by Kwagga Smith, who was sinbinned.

Then another replacement back, Matias Moroni, took an inside pass from flanker Marcos Kremer to break clear, slip Canan Moodie and carry the other Boks wing, Makazole Mapimpi, between the posts.

But the razzle dazzle effort to overcome the 16 point deficit exhausted the Pumas, and the Springboks finished strong.

They worked the phases to get centre Damian de Allende over in the 75th, and worked an overlap for Mapimpi, whose inside pass to Marx was juggled but secured.

His second try restored the bonus point the Springboks dearly wanted with a victory to set up an intriguing last round.

﻿﻿For a daily dose of the best of the breaking news and exclusive content from Wide World of Sports, subscribe to our newsletter by clicking here