﻿﻿The standard of officiating overshadowed Paul Gallen’s victory over Justin Hodges in the “Origin Rumble” on the Gold Coast.

While critics labelled the event a gimmick in the lead up, the standard of competition Gallen faced against Hodges after battling Ben Hannant for four rounds, showed the promoters, No Limit, got it right with how the event was structured.

Going into the bouts, there were question marks on whether Gallen fighting two former footy stars with inferior skills would provide a big enough challenge for the former NSW captain and give the fans a bang for their buck. In the aftermath, the answer was a resounding yes to both those queries. 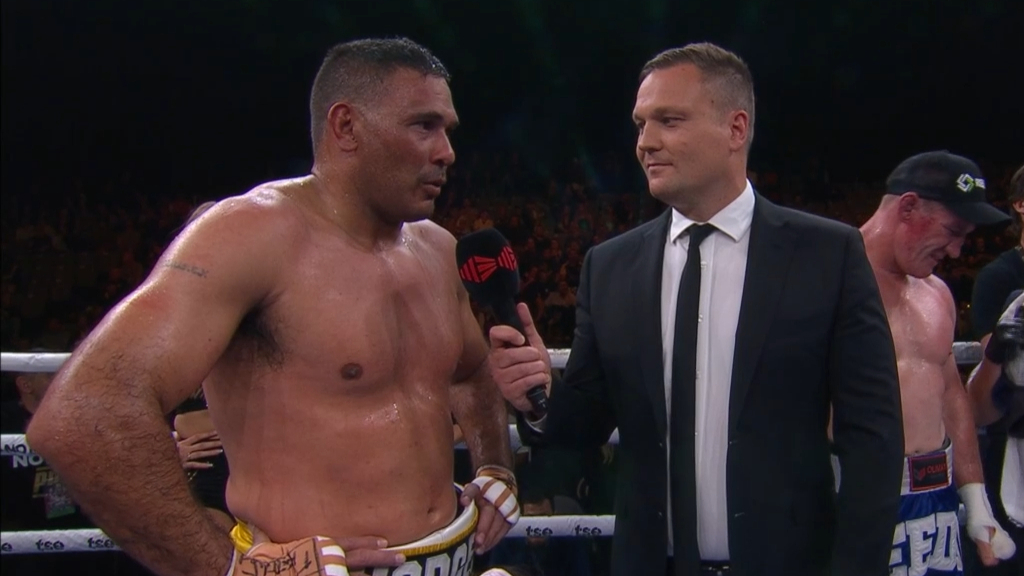 However, more questions lingered over the state of refereeing more than anything else in the wild exhibition.

Hodges, who was up 10-9 and 10-8 on all the judges﻿ scorecards for the first two rounds, cried foul when the fight was stopped in the third after copping consecutive blows to the head while up against the ropes, especially since he had dropped Gallen in the second round.

Following the knockdown, Gallen raised his intensity and pushed Hodges back against the ropes, tipping the former Maroons player over the edge of the ring before landing a punch flush.

Fenech argued in commentary that had Hodges stayed down, he would have won via disqualification. 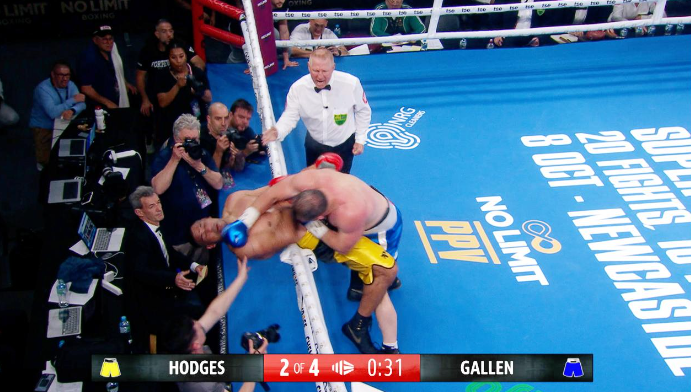 “He was pushed over the rope and hit. How illegal is it? I know they’re football players but wow…

“If Justin Hodges stays down, he wins a point (and wins) by disqualification.”

Kettlewell﻿, who also told Gallen to “get up” after his knockdown, also drew the ire of promoters after the former Sharks skipper claimed the win via TKO.

No Limit’s Matt Rose stormed into the ring to confront the referee, with Kettlewell giving him a mouthful.

Hodges expressed disgust over Kettlewell’s decision to call off the fight. 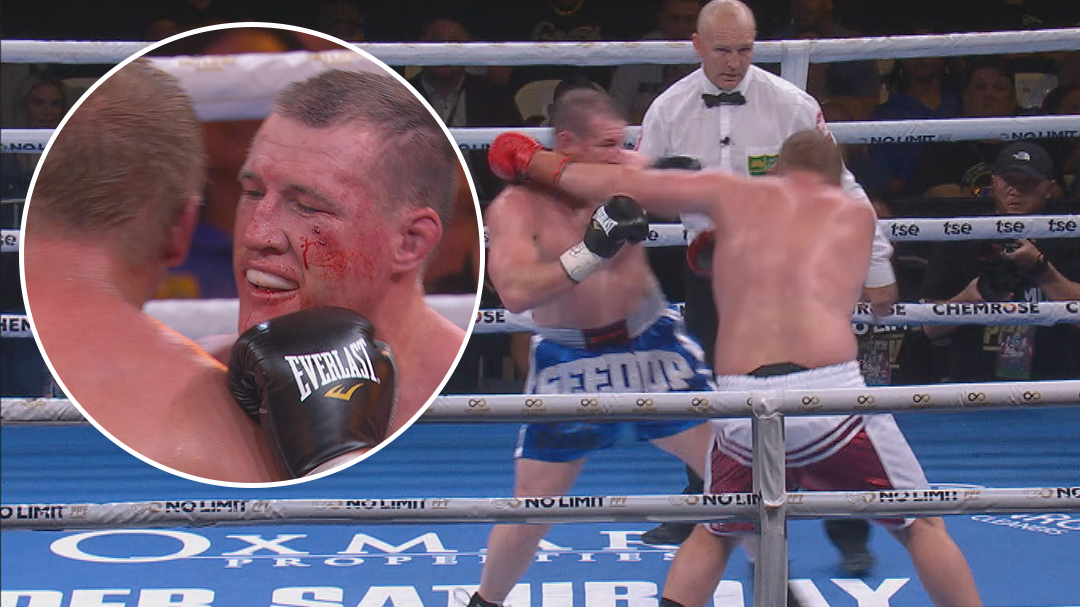 “I know the ref’s got a job to do, but there was no way in the world I was hurt,” he said in his post-fight interview.

“It’s absolute bullcrap. But I’m an ultimate professional, I take it on the chin.

“If Gal wants to do six three-minute rounds, it’s up to Matty and George (Rose). I want a rematch because that was bullshit.”

As part of a deal with promoters, both Hodges and Hannant were offered a $1 million re-match clause if either man beat Gallen in the three-way headliner.

It might not be for $1 million but Gallen confirmed in the ring he would fight Hodges again in what will be the final fight on his contract with No Limit in December.

Pie stars in car accident ahead of Swans showdown