Parramatta coach Brad Arthur has fired back at detractors – saying that rumours of backroom turmoil had not even ﻿crossed the team’s radar.

“I reckon we showed how it affected the group,” he said in reference to the Eels’ crushing 40-4 win over the Raiders.

Leaked findings from an internal review alleged a culture of nepotism and problems with lines of communication in youth development, among other issues.

AS IT HAPPENED:﻿ Moses magic puts Eels into prelim finals

“Someone’s got an agenda, and they’re not going to break it,” Arthur said.

“There’s some personal interest, and whoever’s got the agenda, you’re not going to break this group. We’ve worked too hard.”

Captain Clint Gutherson praised the resilience of his teammates, echoing his coach’s sentiments.

“As Brad said, not many things will break us as a group,” he said. 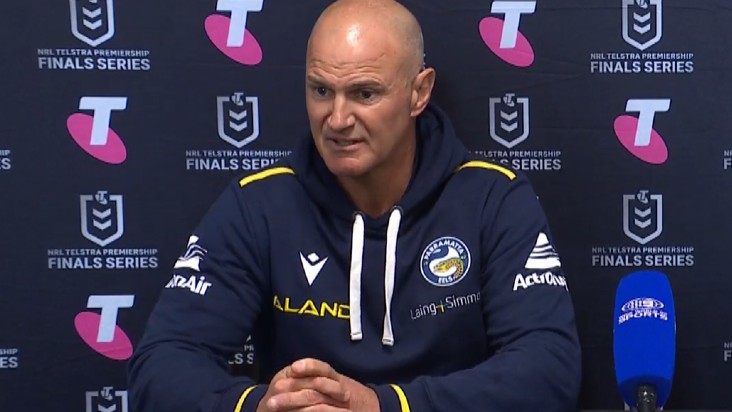 “To be able to put that performance in after the last 24 hours, which I don’t even know where it came from, it’s very pleasing.”

Arthur, who has led the team to a preliminary final for the first time since he joined in 2014, said that such was the Eels’ myopic focus for the task at hand, that the leaks had not even been spoken about.

“The thing is, I’ve got the confidence in that group, and I know exactly what’s in that dressing shed and didn’t even feel the need to talk to anyone about it.”

﻿Despite Parramatta’s solid form under Arthur barring a disastrous 2018 campaign, calls regarding his future have never gone away – a puzzling narrative when you consider the Eels have made the finals in five of the last six years.

“We’ve dealt with plenty in the past – it’s only a couple of years ago we had other dramas,” Arthur said.

“We didn’t even address it, we didn’t talk about it. It’s something we can’t control, and it’s rubbish. The boys just want to go and have a bit of fun and play for each other, and that’s what they’re doing.” 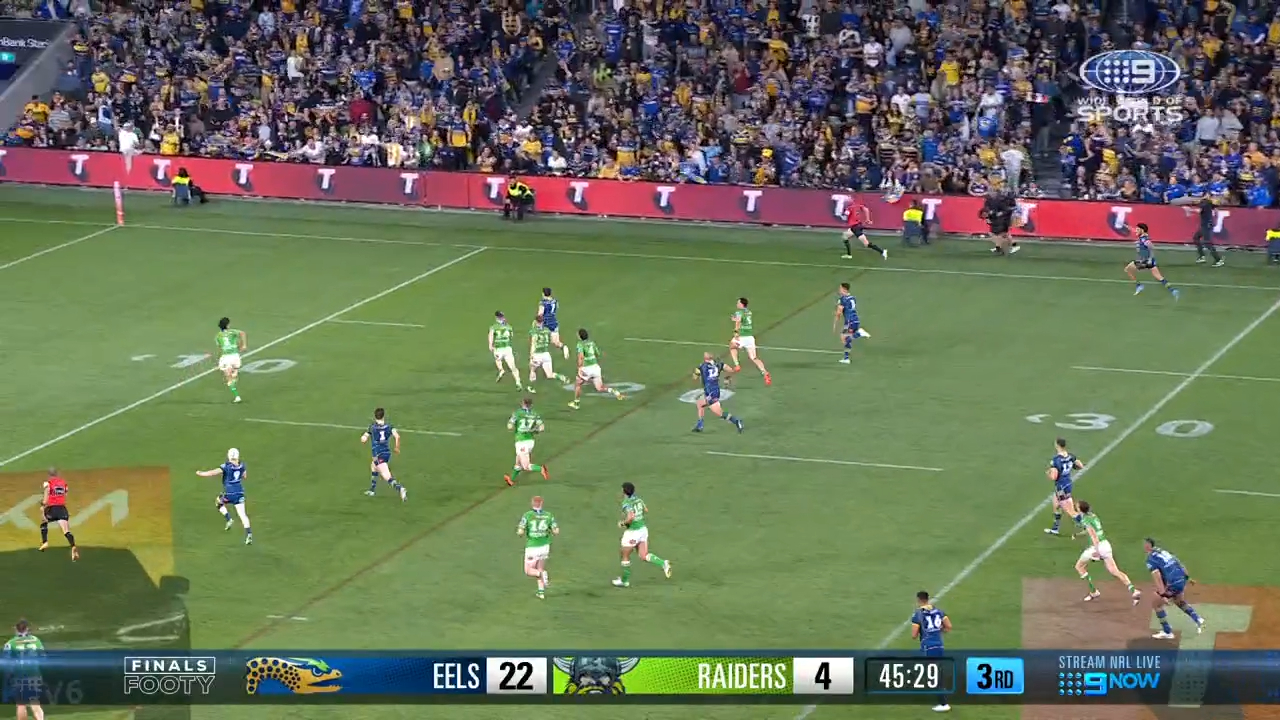 Arthur’s tenure at the club is now the joint-third-longest in the NRL along with tonight’s counterpart Ricky Stuart, and only behind Craig Bellamy and Trent Robinson.

He conceded that perhaps a few years ago the external noise would have got to him.

“When I first started coaching, I definitely would have worried about it or bought into it or had some commentary around it,” he said.

Now, he’s not worried about anything other than a chartered flight to Townsville to fight for a grand final place. ﻿

“We’ve got nothing to lose,” he said of the trip north.

“Just go after the game, that’s our strength.

“Maybe we built the game up too much against Penrith and that comes back to me, so I need to wear that, but at the end of day we’ve got an opportunity next week and we’re going to go after it.”