The Geelong Cats have qualified for their second grand final in three seasons in a 18.12 (120) to 7.7 (49) victory over the Brisbane Lions at the MCG.

The demolition job was inspired by Cats ace Patrick Dangerfield, who finished the evening leading the field with 28 disposals, eight clearances and 720 metres gained.

The Cats exploded out of the blocks with ﻿Dangerfield taking a courageous mark while running back with the flight. He kicked through the set shot to clinch the first goal of the game, getting his side on the board within 45 seconds.

AS IT HAPPENED﻿: Red-hot Geelong romps to grand final 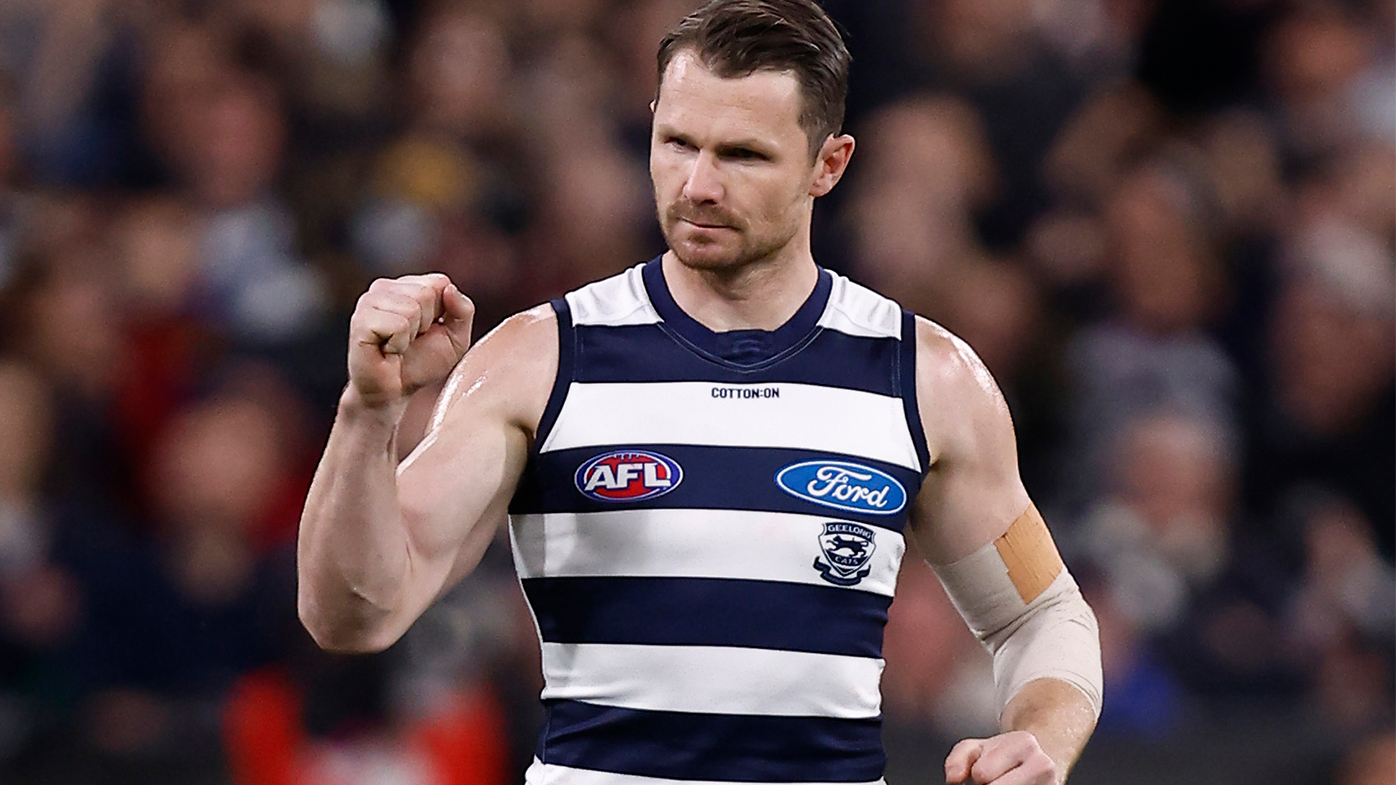 Brisbane ﻿soon responded with Lincoln McCarthy similarly nailing a set shot to send an early message to his former side.

Proving in hot form, ﻿Dangerfield had his second.

Cats defender Tom Atkins left the field with a rib concern. He later returned to the field but appeared plagued by the injury throughout the match.

The alarms started to sound early for the Lions with the Cats winning ﻿10 straight clearances to build momentum in the closing stages of the opening term.

Max Holmes scored after the siren to give Geelong a 14-point lead heading into the first break.

Brisbane drew first blood in the second quarter with Zac Bailey hitting the scoreboard from a high free kick.

Guarding the middle of the ground expertly, the Cats scored consecutive goals from Gary Rohan and Gryan Miers on the back of forward-half pressure. 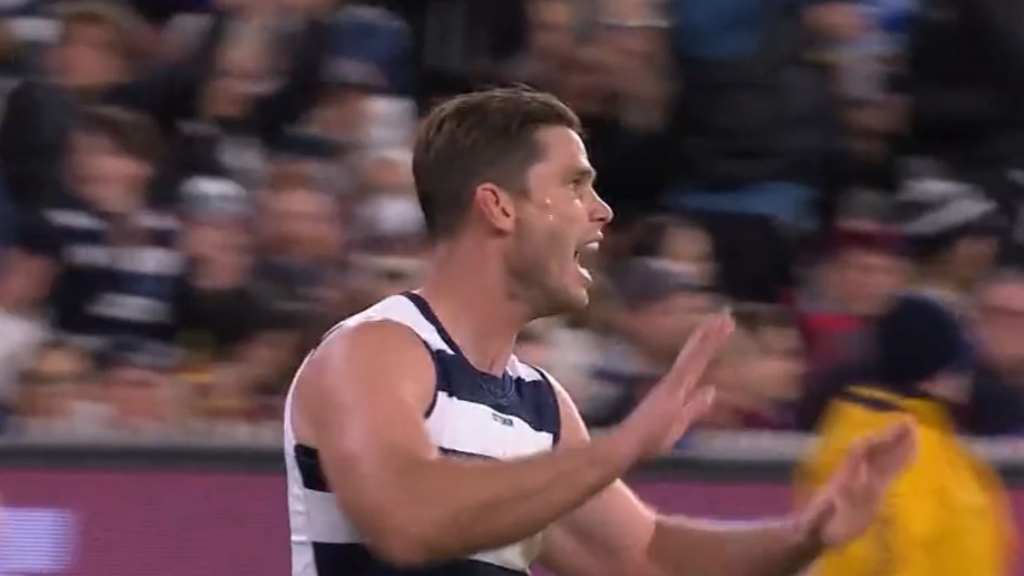 Geelong could have easily put Brisbane away earlier if Hawkins was kicking to his normal efficiency, but settled for a five-goal lead at the main break.

The Lions started the quarter perfectly, or so they’d hoped, when Joe Daniher had a set shot from 50 metres out from virtually directly in front, but the Lions No.3 kicked it out on the full.

This allowed Geelong to head straight up the other end and hit up Tyson Stengle on the boundary.

Former No.1 pick ﻿Cameron Rayner suffered a right ankle injury while going up in a marking contest and tripping over his teammate Dan McStay.

He was helped to the bench by the trainers where he had his ankle re-strapped.

He tried to enter the match but only lasted a minute and a half before he was ruled out of the match.﻿

However, both injury subs were activated at the same time with ﻿Holmes limping off with a hamstring injury. The 20-year-old looked distressed before heading down the race and later reappearing wearing the warm-up jacket. 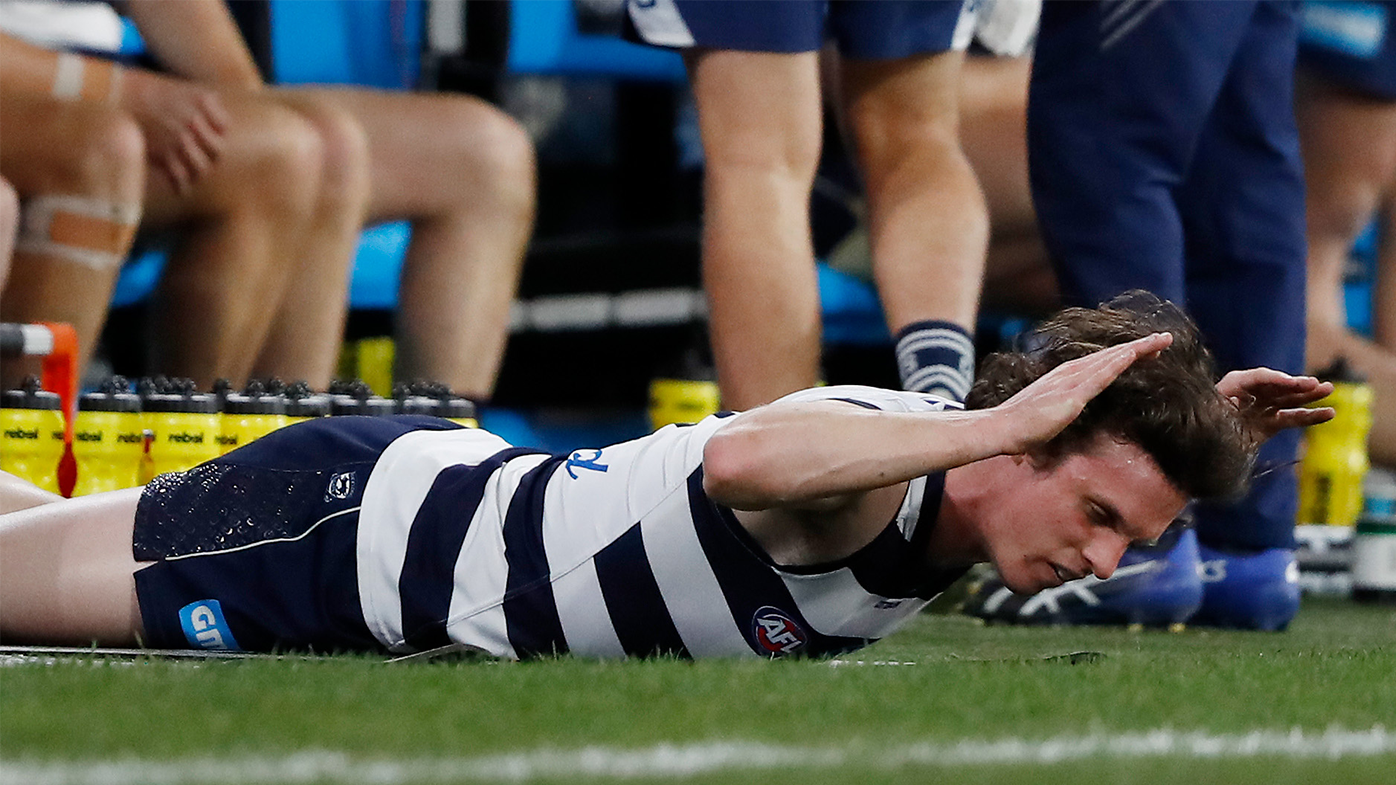 The Cats’ lead doubled ﻿at the final change after a seven-to-two-goal quarter.﻿

Hawkins finished the game with a match-high four goals after a shaky start.

Having already lost one man to injury, Chris Scott﻿ pulled the likes of Stewart, Cameron, Selwood and Hawkins late in the game to prevent any further carnage ahead of next week’s grand final.