Australian NFL rookie Daniel Faalele says he’s ready to answer the call if he gets the chance to make his Baltimore Ravens debut this weekend.﻿

With all-pro left tackle Ronnie Stanley working his way back from injury and off-season recruit Ja’waun James suffering a torn Achilles in last week’s season opener, the door is well and truly open for the Australian to get his first taste of the big leagues in Baltimore’s home opener against the Miami Dolphins this weekend.

﻿﻿”For me, it’s just my coaches letting me know, telling me to be ready for any situation that happens – during practice I’ve been playing both right and left and just staying ready for my opportunity, if that comes,” he told Wide World of Sports.

At just 22 years of age, the hulking Victorian is the biggest player in the NFL, standing at over two metres tall and weighing 174kg – and revealed that the team has also experimented with using him in the passing game.

“I’ve also been playing ﻿a little bit of big tight end, so they’re just getting me around and seeing what I can do,” he said.

“It’s not something that we’ve talked about explicitly, but they’ve seen the tape and they know that’s definitely an option.

“B﻿eing an extra lineman is definitely fun, just coming down on somebody and blocking whoever’s in front of me. Not much thinking to do, really just playing fast and coming off the ball.”

﻿Faalele was drafted in the fourth round in this year’s NFL draft, coming off a fruitful four years at the University of Minnesota. 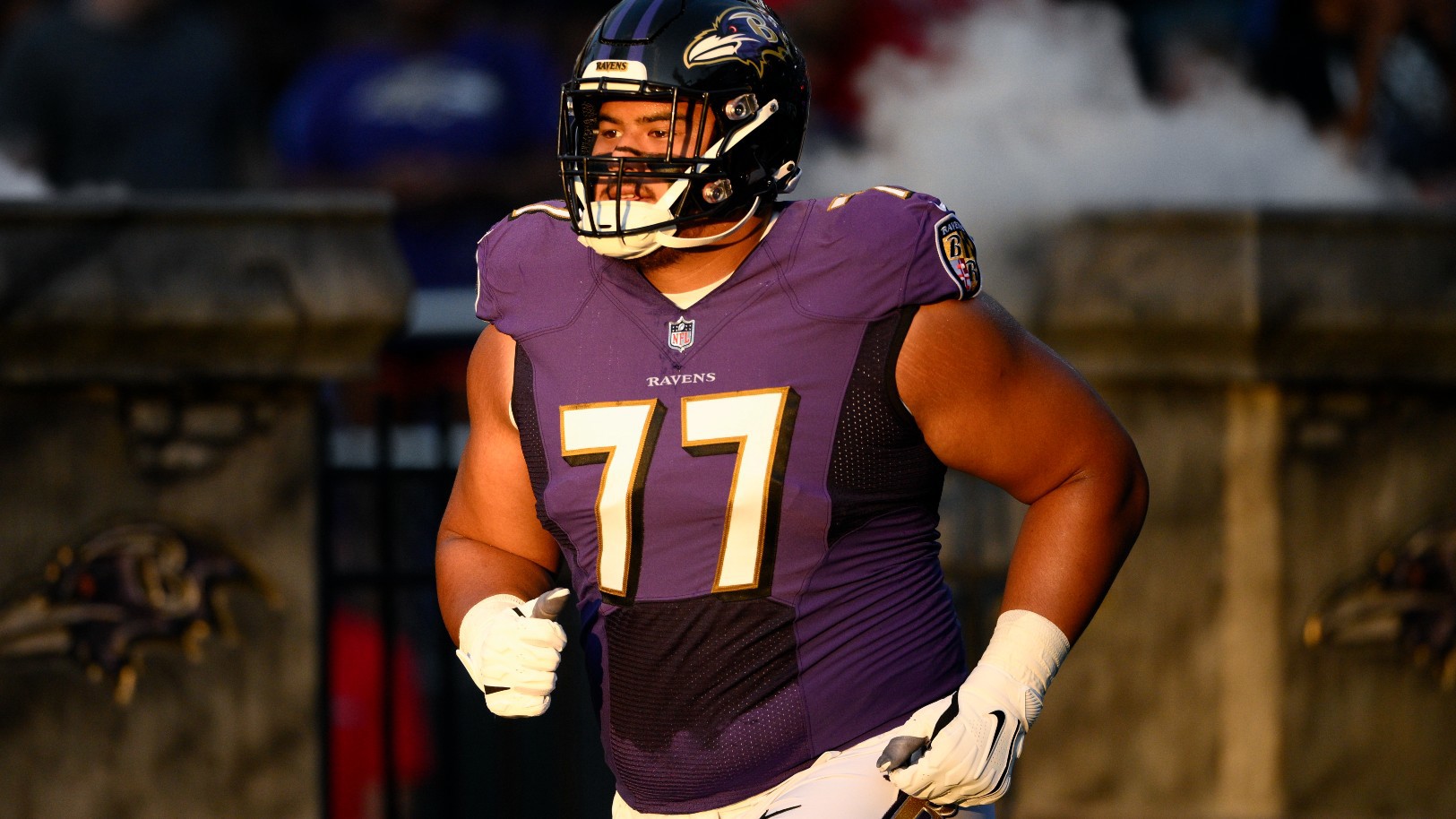 “The biggest change has been the amount of detail, the speed of the game – and obviously the calibre of players I’ve been going up against every day,” he said on life in the professional league compared to that of college.

“I felt like I was at home [in Baltimore]. I felt like I could ﻿fit into this offence perfectly, and work and learn underneath this great coaching staff and the veterans that are in front of me.

“They just set a really good example and I’m super grateful to be in this position.”

Unlike a lot of Australian NFL fans, Faalele’s introduction to the sport only came after he was initially scouted – and told that he could potentially make a career out of football.

“They said I had an opportunity to change my family’s life and my own life,” he said.

“I thought it was my calling and I’ve been riding with that dream and goal ever since, and now I’m here.”﻿

Having been in high school and college football systems for six years now, he’s no stranger to American culture – and at times, his Australian accent is scarcely noticeable. But that doesn’t stop him getting the same treatment from American teammates as every Aussie tourist knows all too well. ﻿

“Definitely ‘have you ever fought a kangaroo before?’, he laughed, when asked what the most frequent outlandish question he faces about his homeland is.

He watched on from the sidelines as a healthy scratch in last week’s win in New York, against the Jets – just the second NFL game he’d ever attended.

“The atmosphere was crazy, and of course it was 9/11 so that, and the crowd, made it a special game,” he said. 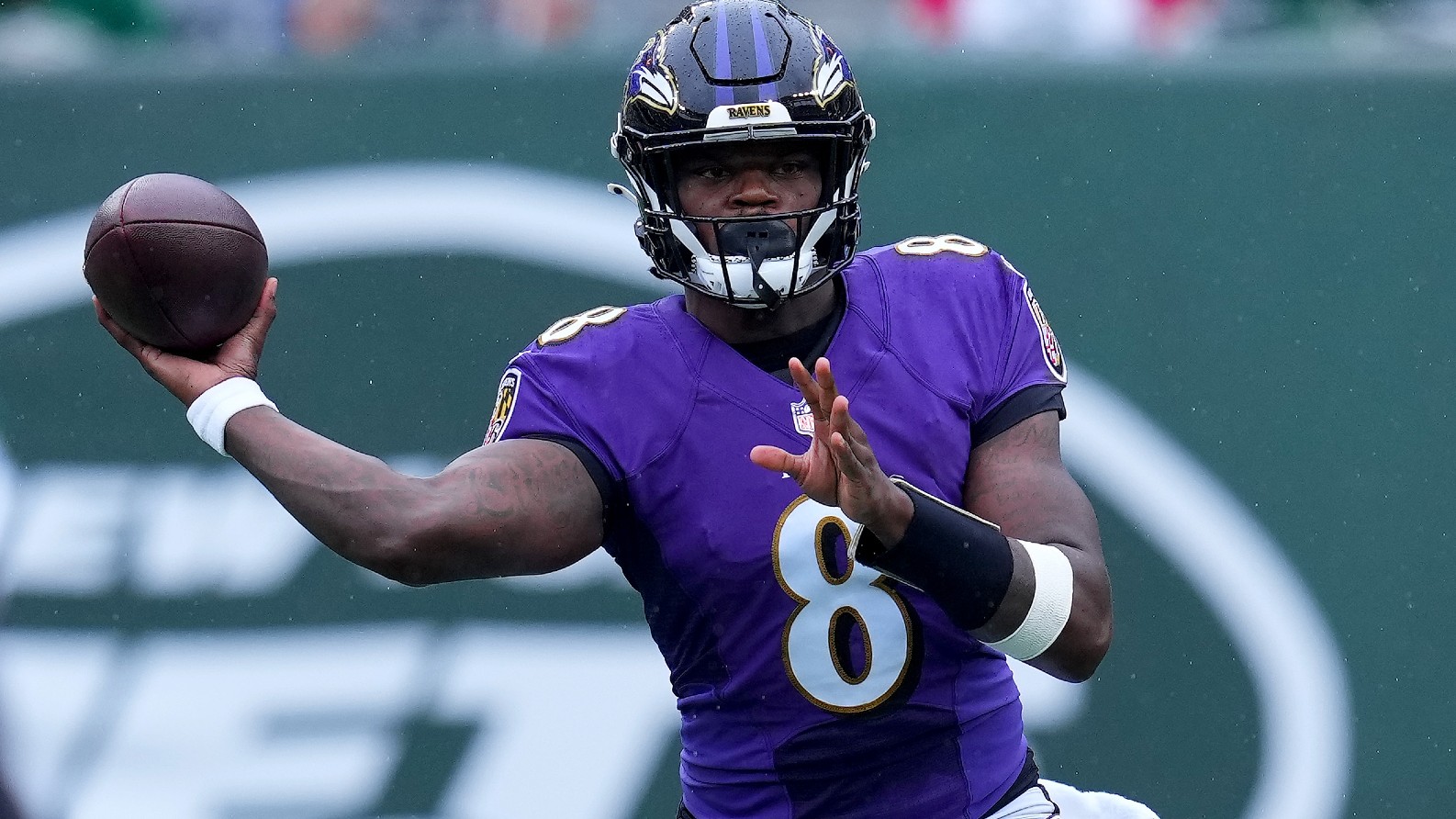 “The national anthem came on, with the whole crowd singing, and that just gave me goosebumps.”

The Ravens came out of that with a comfortable 24-9 win, on the back of three touchdown passes from their superstar quarterback, Lamar Jackson.

“Lamar’s a lowkey dude, he’s great to be around – he’s funny as well. But just having him on the field at quarterback is something special, I can’t even explain it. He makes stuff happen that you never see,” Faalele said.

﻿Only a handful of Australians have succeeded in the NFL, and most have been as punters – but Faalele only has to look about a two-hour drive away to Philadelphia, where former South Sydney Rabbitohs young gun Jordan Mailata ﻿has quickly become one of the most-feared lineman in the entire NFL. 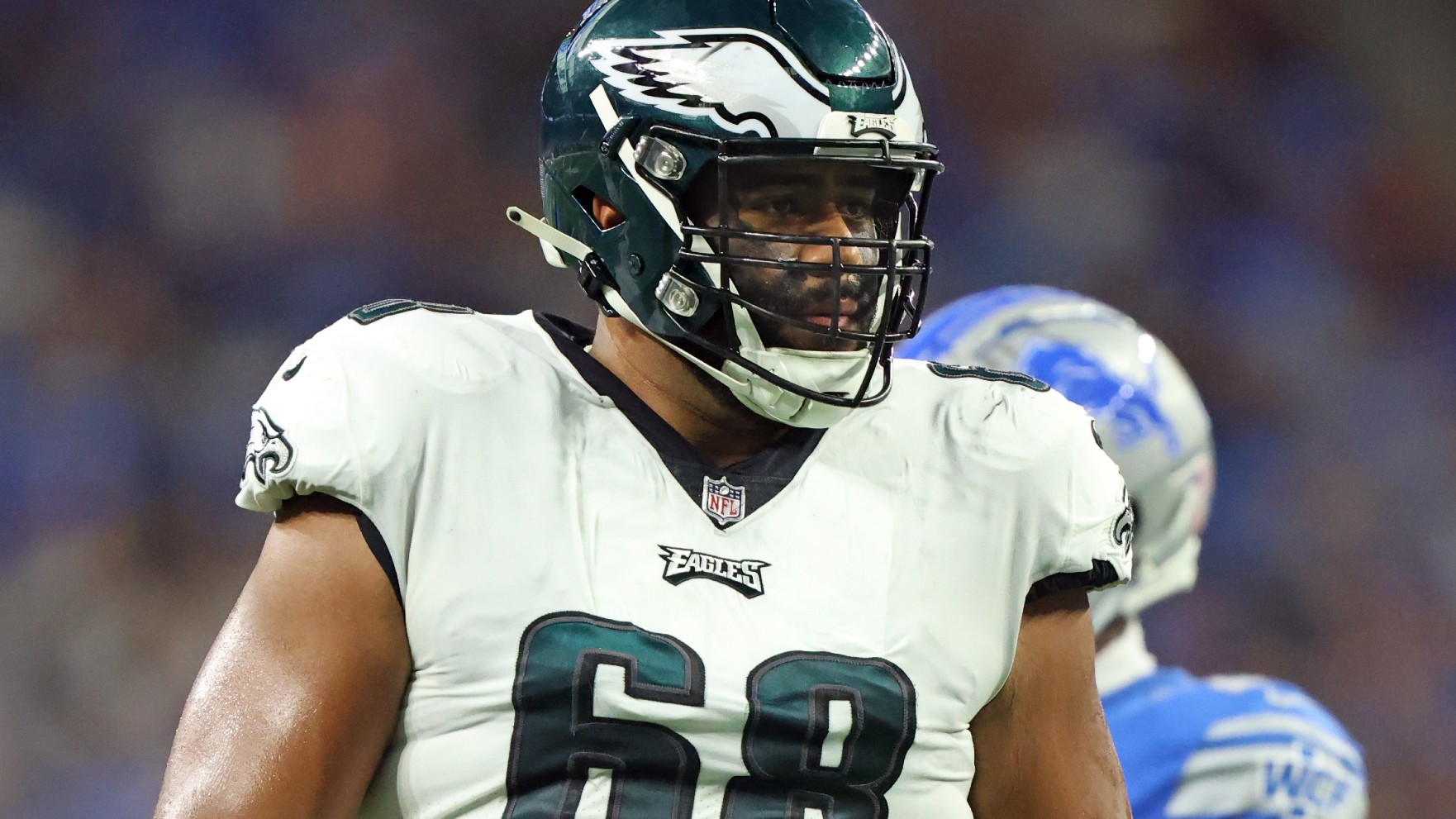 “I ran into him a couple of times during my pre-draft process, he gave me his number and said I can hit him up for anything,” Faalele said.

“He’s definitely a great resource, and I’ll be getting in touch if I have any questions, especially in this long season.

﻿”Seeing someone in a similar position have success at a high level is definitely motivating – he’s a great person to look up to.”

The Prince living a double life Down Under