James Hird has been to “hell and back” and deserves the opportunity to be considered for the Essendon coaching job, according to Nine’s Tony Jones.

Hird was one of four candidates that met with the club on Wednesday, as the Bombers look for a replacement for Ben Rutten.

It comes seven years after Hird quit in the aftermath of the supplements scandal.

“This has divided the football community in general, but the Essendon supporters in particular, because there is still a pocket of Essendon fans scarred by the events of the supplements saga and don’t want James Hird back,” Jones told Nine’s Today.

“I think as we get used to it, there is this drip feed system of more information, effectively it’s a fait accompli that James Hird will become the next Essendon coach. That’s one scenario. 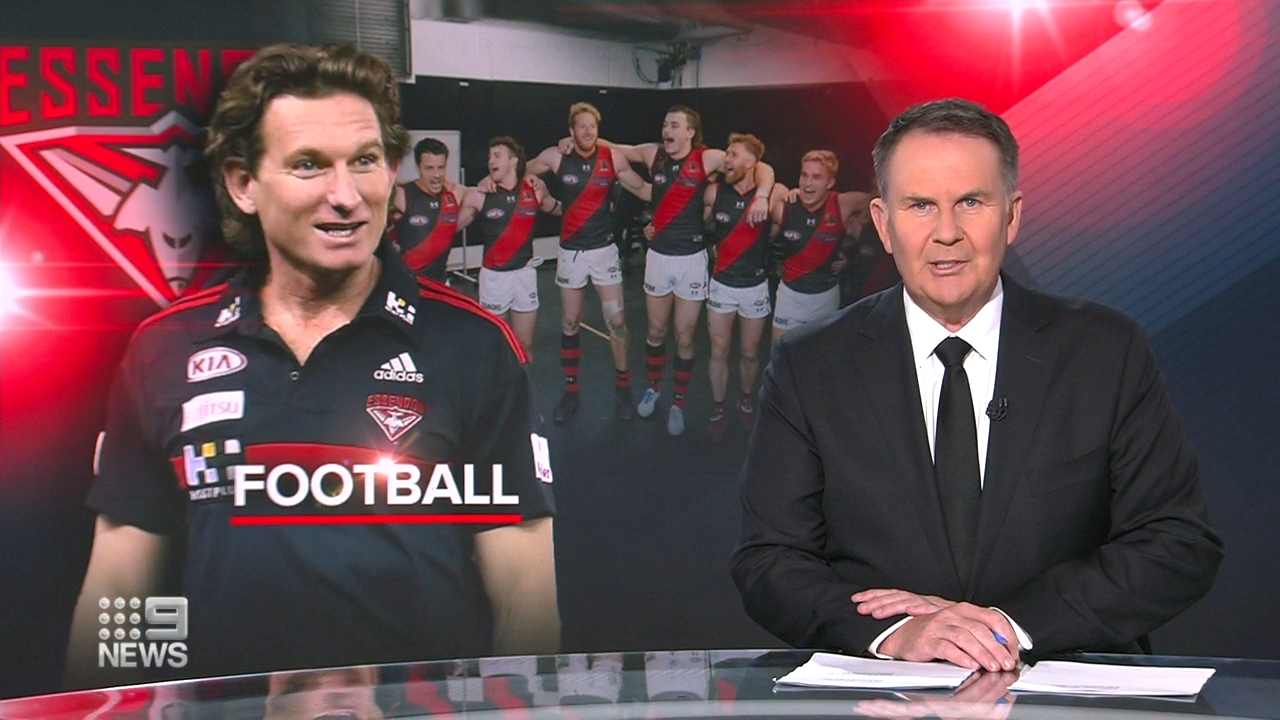 “The other one of course they have done their due diligence, gauged his interest and move on to the next candidates, of which there are several.

“The prospect of James Hird returning to Essendon is a very juicy one, just when you think you have seen it all in football something new comes along. This might just blow everyone out of the water.”

The 49-year-old coached Essendon 85 times between 2011-2015, a tenure overshadowed by the supplements saga.

Hird was suspended for the 2014 season for bringing the game into disrepute.﻿ He returned to the game during the 2022 season as an assistant at GWS.

“It was seven years ago, so how much longer does he need to be hung, drawn and quartered for his role?” Jones asked. “(It’s) still not entirely clear what his role was or what the supplements even were. There is still that grey area there. He went to hell and back.

“This is a guy who had mental health issues, was put in a facility for some time and has tried to get his life back into order through business, he’s dipped his toe back into the water in a football sense in a role with the GWS Giants in Sydney. So how much longer does he need to be ostracised from the football community before he is welcomed back?

“He is still revered by the majority of Essendon people.”

Is Lindsey Graham Trying to Throw the Midterm Elections to Democrats?… Was Mitch McConnell Behind It?

Why McLaughlin has turned his back on Bathurst