Veteran Renold Quinlan produced﻿ what was described as “the upset of the year in Australian boxing” on Thursday night, but his triumph was marred by unsavoury officiating.

In the 33-year-old’s bout with rising Australian ace Jack Bowen, 23, he delivered a crunching right hook to stop his rival during the fifth round.﻿

And although Bowen was knocked to the canvas,﻿ struggled to get up and staggered when he did, the referee did not call an immediate end to the fight, instead counting. 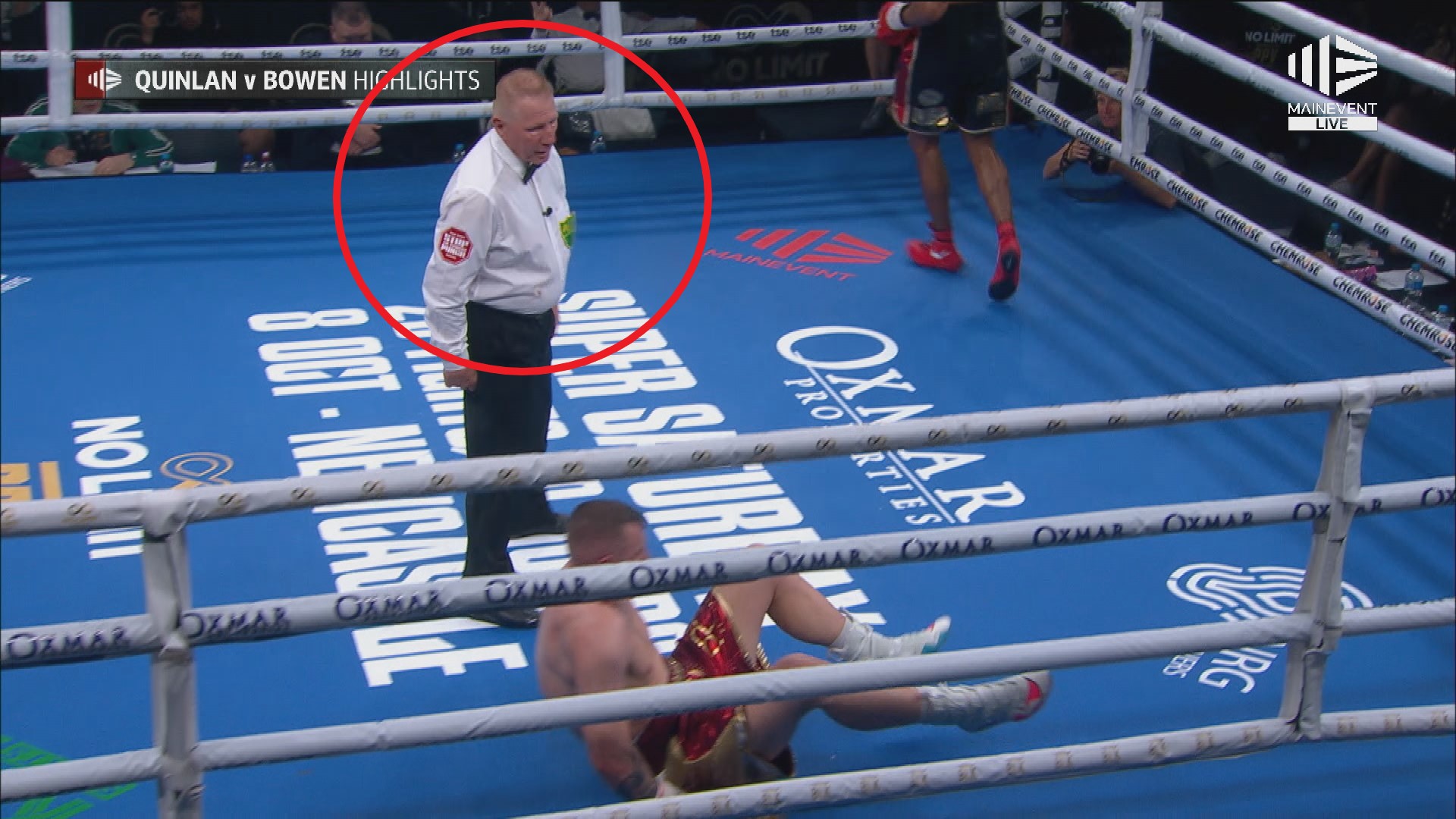 “I can’t believe the ref’s counting in that time when the guy’s rolling,” said boxing icon Jeff Fenech on the Main Event coverage.

“At the first part of the knockdown the ref wasn’t even looking.

“Obviously he has to send Quinlan to the corner, but he has to think of the safety of the boxer.”

Quinlan was clearly thrilled at his underdog triumph, with the ﻿’Dunghutti Destroyer’ doing a jig as he waited for the result to be bellowed out. 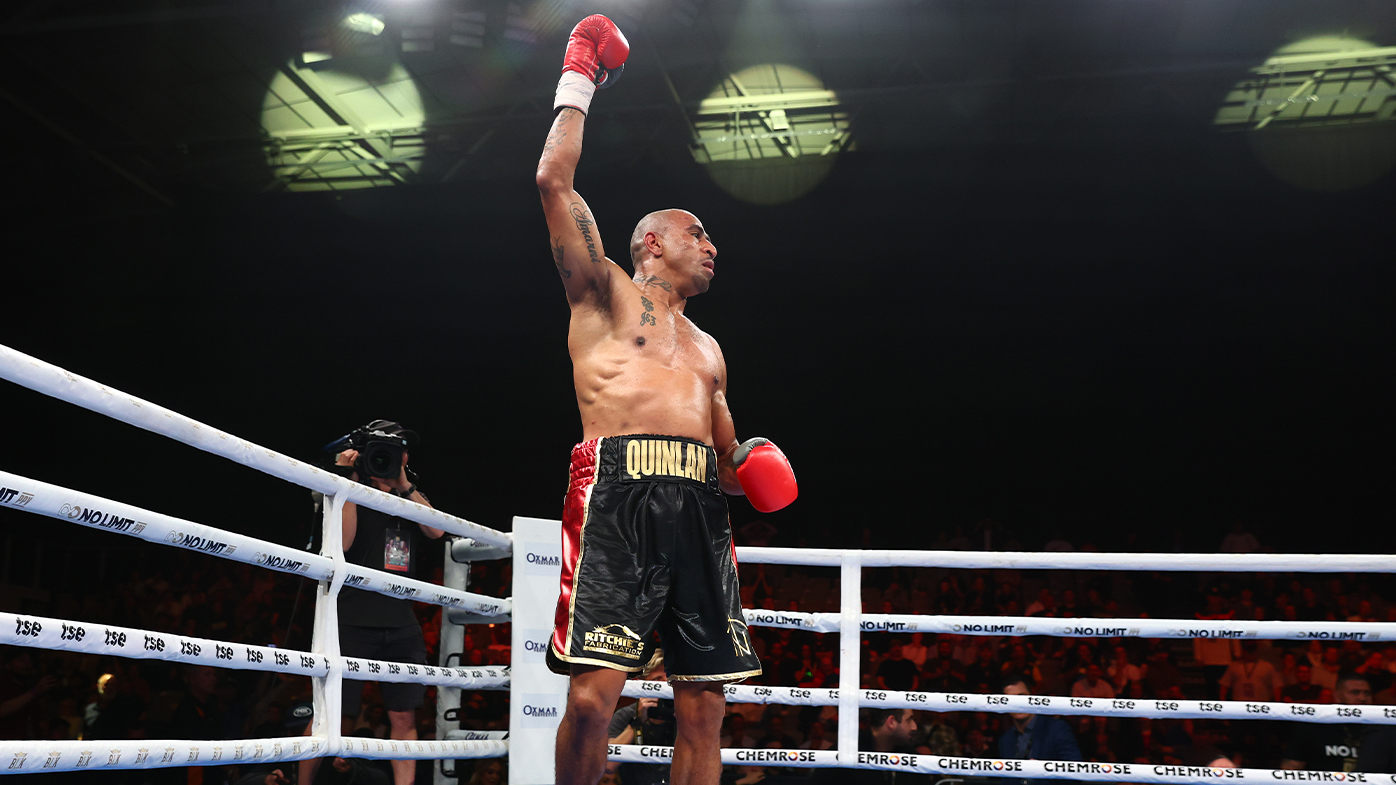 “Look at the pride absolutely swelling out of that man there,﻿” said boxing commentator Ben Damon.

“He has done the unthinkable. The veteran, the journeyman. He’s produced something that will not be forgotten anytime soon﻿ in Australian boxing, derailing this upward trajectory of the superstar on the rise in Jack Bowen … that is just phenomenal stuff … a stunning, massive right hand.”

Fenech described the punch as “power plus”.