Defeated Hodges fumes at ref as rematch locked in

Justin Hodges﻿ was infuriated at the referee’s decision to end his bout with Paul Gallen, branding the call “bullcrap”.

But﻿ the controversial outcome resulted in the rugby league legends agreeing immediately after Thursday night’s fight, even before stepping out of the ring, to have a rematch.

About an hour after Gallen defeated Ben Hannant via unanimous decision at Brisbane’s Nissan Arena, he conquered another﻿ Queensland Maroons great in a TKO victory over Hodges.

AS IT HAPPENED: Re-live the action from Origin fight night﻿ 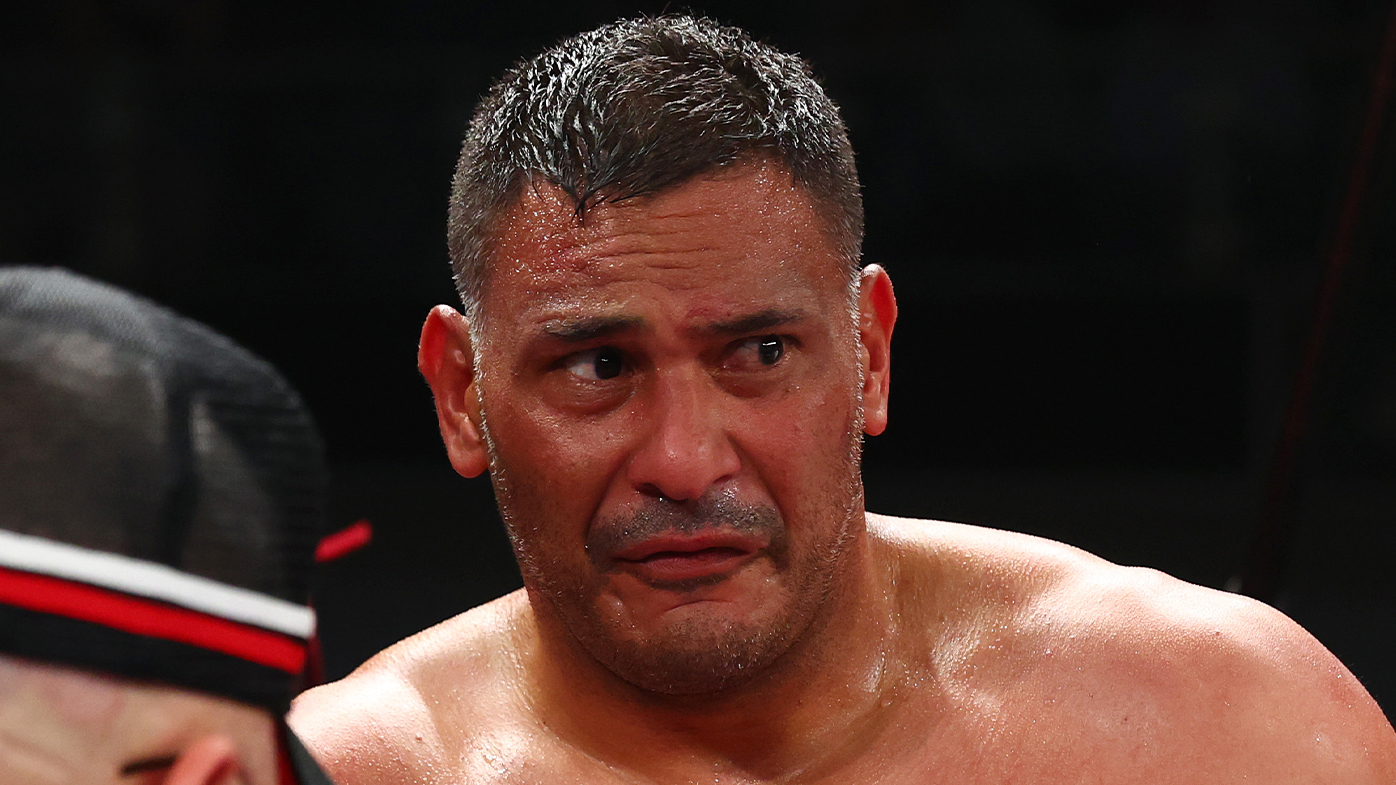 The referee stopped the fight late in the third round as Hodges copped a series of blows while jammed against the ﻿ropes.

Gallen, 41 and approaching the last fight of his career, revealed in his ring interview that Hodges had already challenged him to a rematch.﻿

“Hodgo just asked if I’d give him a rematch and I said, ‘Yeah’. So, that’s up to No Limit and that’s up to you boys, but Hodgo’s asked for a rematch,” Gallen said. 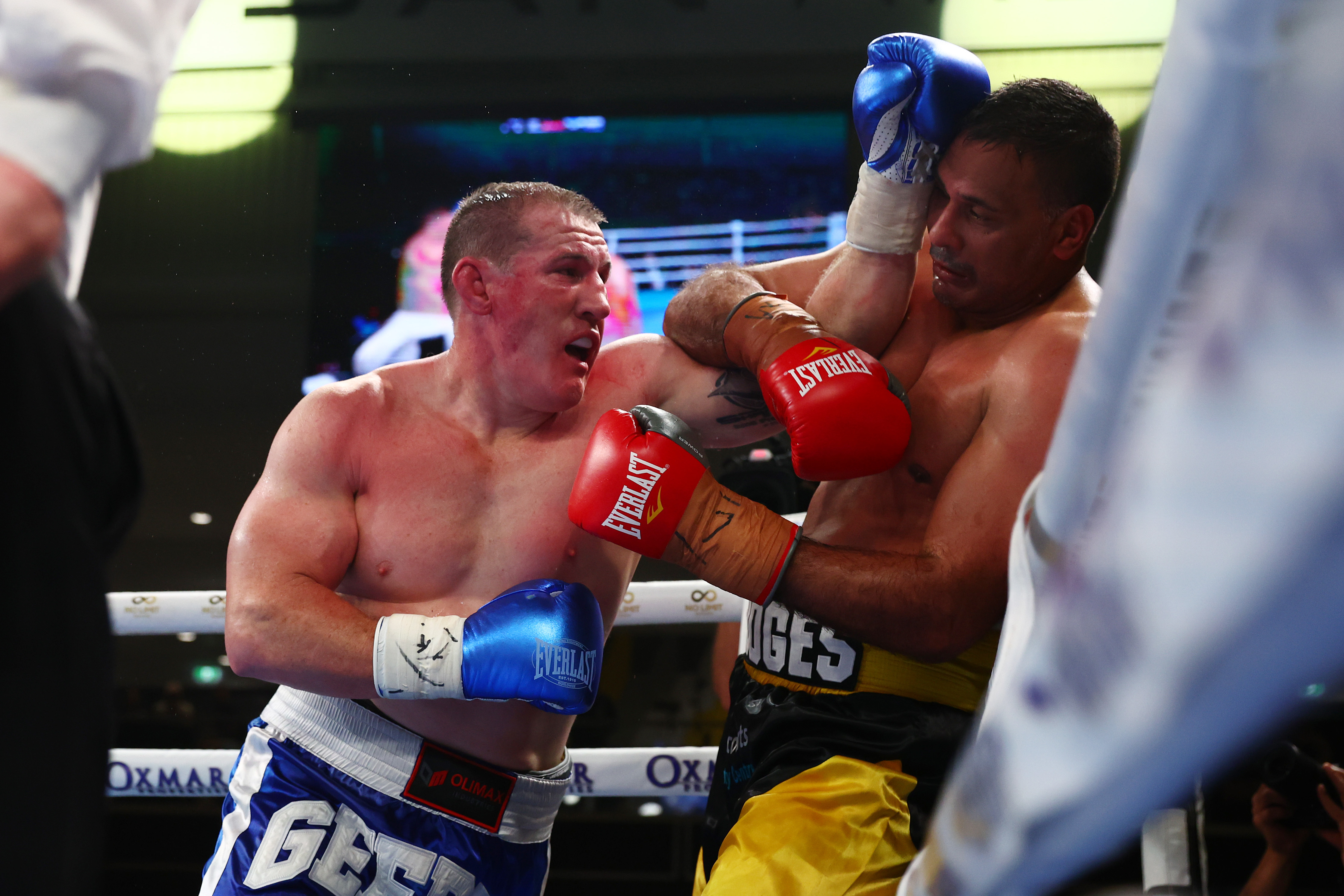 “And we’d be doing it in Sydney. We did this one in Queensland, we’ll be doing the next in Sydney﻿.

Hodges unleashed on Gallen from the get-go and, with about 75 seconds remaining in the second round, even knocked the New South Wales Blues icon to the canvas.

Gallen’s phenomenal tenacity was on show as he climbed off the floor, returned fire and outlasted his rival, albeit in polarising scenes. 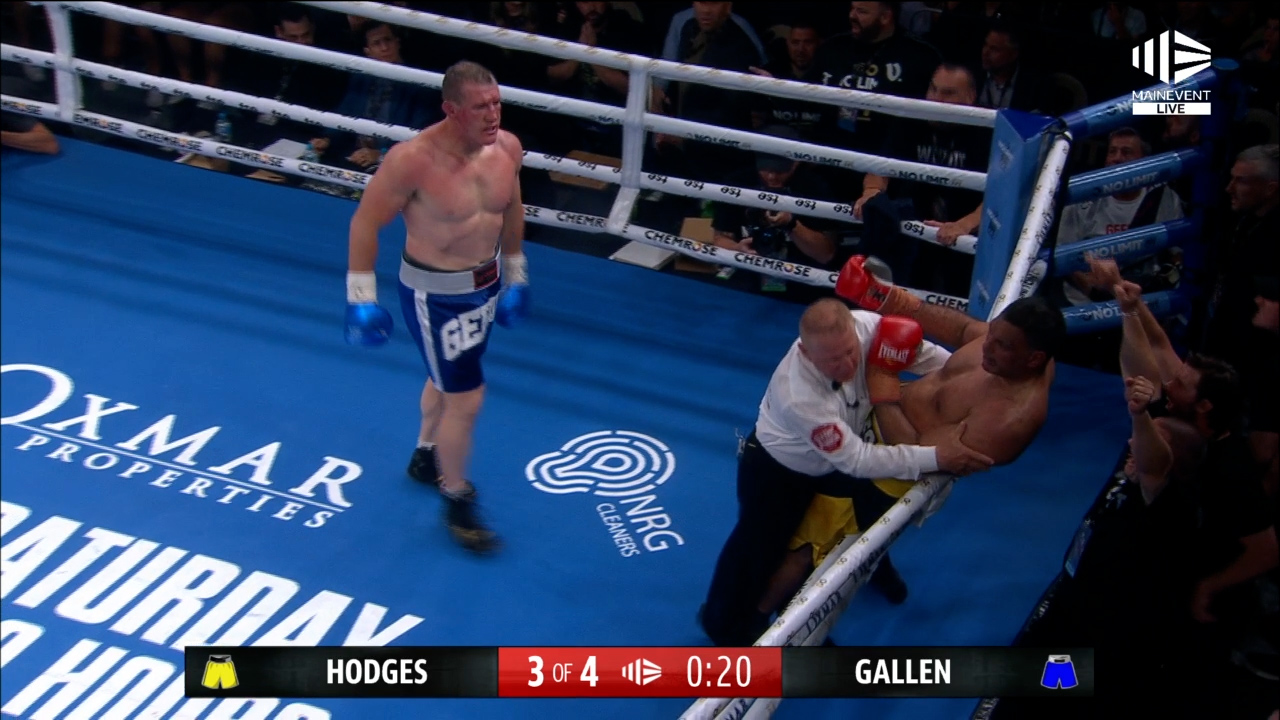 “It was absolute bullcrap. I’m an ultimate professional, I take it on the chin.

“If Gal wants to do six three-minute rounds, it’s up to (No Limit Boxing chief executives) Matty (Rose), up to George (Rose).

“I want a rematch — that was bullshit.”

George Rose﻿ had no hesitation in green-lighting the rematch.

“They want a rematch. We’ve got a show in mid-November﻿,” Rose said.

“If they’re ready to go mid-November, I’m happy to put that on as a headliner because I want more fireworks like that.”