﻿Spain has been tipped to continue its stranglehold on the men’s circuit after Carlos Alcaraz‘s breakthrough grand slam win at the US Open.

The 19-year-old Spaniard is the youngest men’s world No.1 in the sport’s history after beating Casper Ruud in four sets to claim the 2022 US Open title.

Rafael Nadal has been at the forefront of what’s been a golden era for Spanish tennis over the last two decades, and while his own career is coming to an end, Alcaraz’s success is proof that Nadal’s fingerprints on the men’s tour will last for generations to come.

Nadal now has his own tennis academy, the Rafa Nadal Academy, in his home town of Mallorca, with countless tennis prodigies coming through the facility.

Australian tennis great Wally Masur was full of praise for the academy, saying he was taken aback by the level of professionalism after sending a player to Spain. “﻿I’ve actually sent a young Australian player to ﻿the Nadal Academy (and) my dealings with the Nadal Academy are off the charts, I can’t tell you how professional they are,” he told Stan Sport’s Grand Slam Daily.

“Why should I be surprised? Rafa’s got his name to it.

“They were ringing me from Spain to Australia to say, ‘What time does the player arrive? Does he want any food in his room at 10 o’clock and what would he like?’, and I was like, ‘Wow, that’s next level’.

“Spanish tennis is in a pretty good place.”

Masur said Alcaraz was the “new and improved model” of the prototypical Spanish player that we’ve seen come through over the last two decades.

“﻿They’ve got a history of developing this sort of player,” he said. 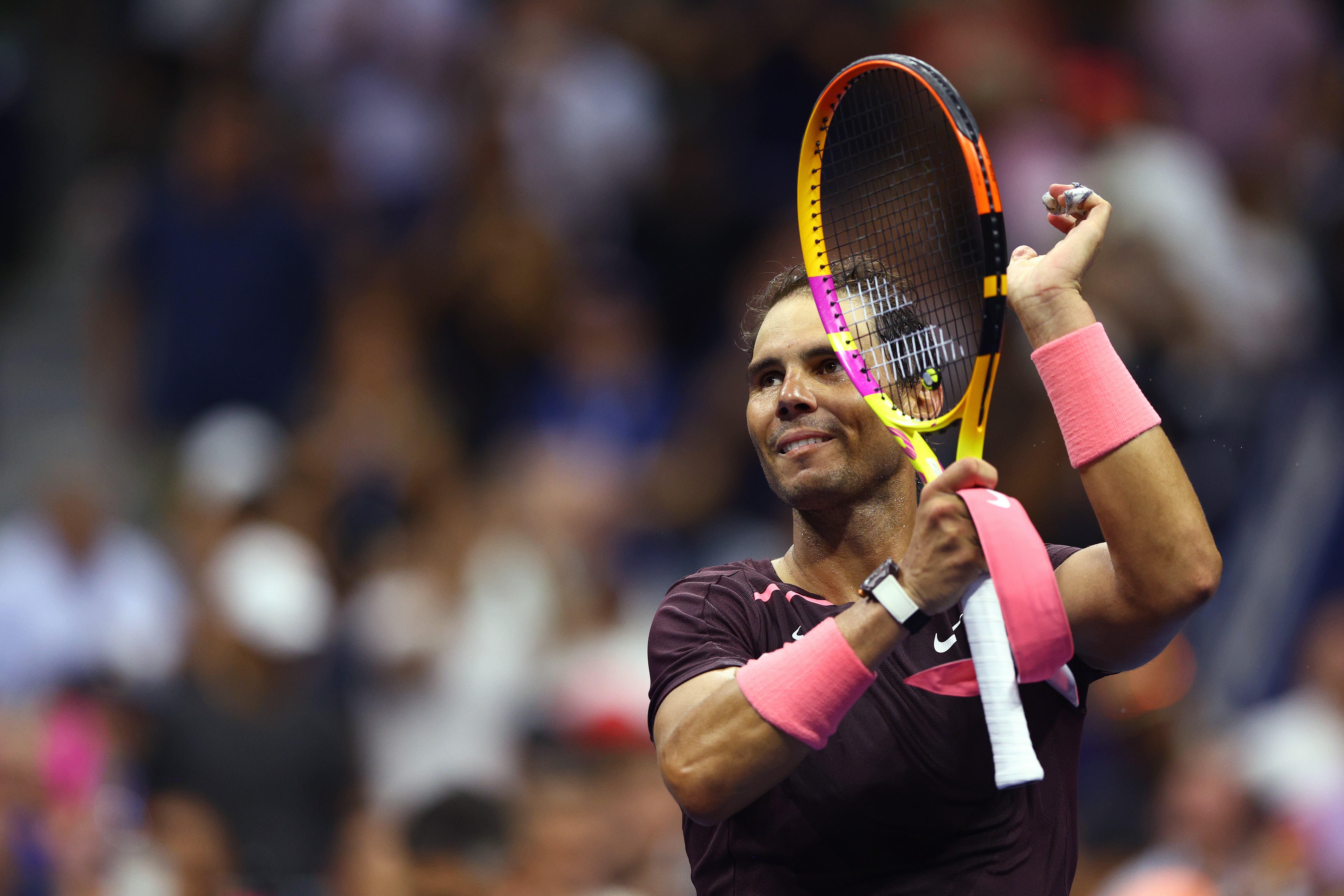 “﻿It comes out of a great club culture, very strong family ties within the community and Nadal embodied that, but you think of (Carlos) Moya, (Sergi) Brugera, Carlos Costa, (Pablo) Carreno Busta, (Roberto) Bautista Agut, you can kind of close your eyes and envisage a Spanish player and Alcaraz is like the new (and) improved model.

“The foundations of how he goes about it and how he’s built his career is there. It’s such a healthy environment there in Spain and they develop their game on clay. It’s a bit of a production line right now.”

While Alcaraz has long been touted as the ‘next Nadal’, breaking through at such a young age, as Nadal did in 2005, puts him on course to rocket up the all-time grand slam titles list, potentially challenging the ‘Big Three’ of Nadal, Novak Djokovic and Roger Federer.

﻿”I﻿ think he’s the most complete 19-year-old player that I’ve ever seen,” Masur said of Alcaraz. 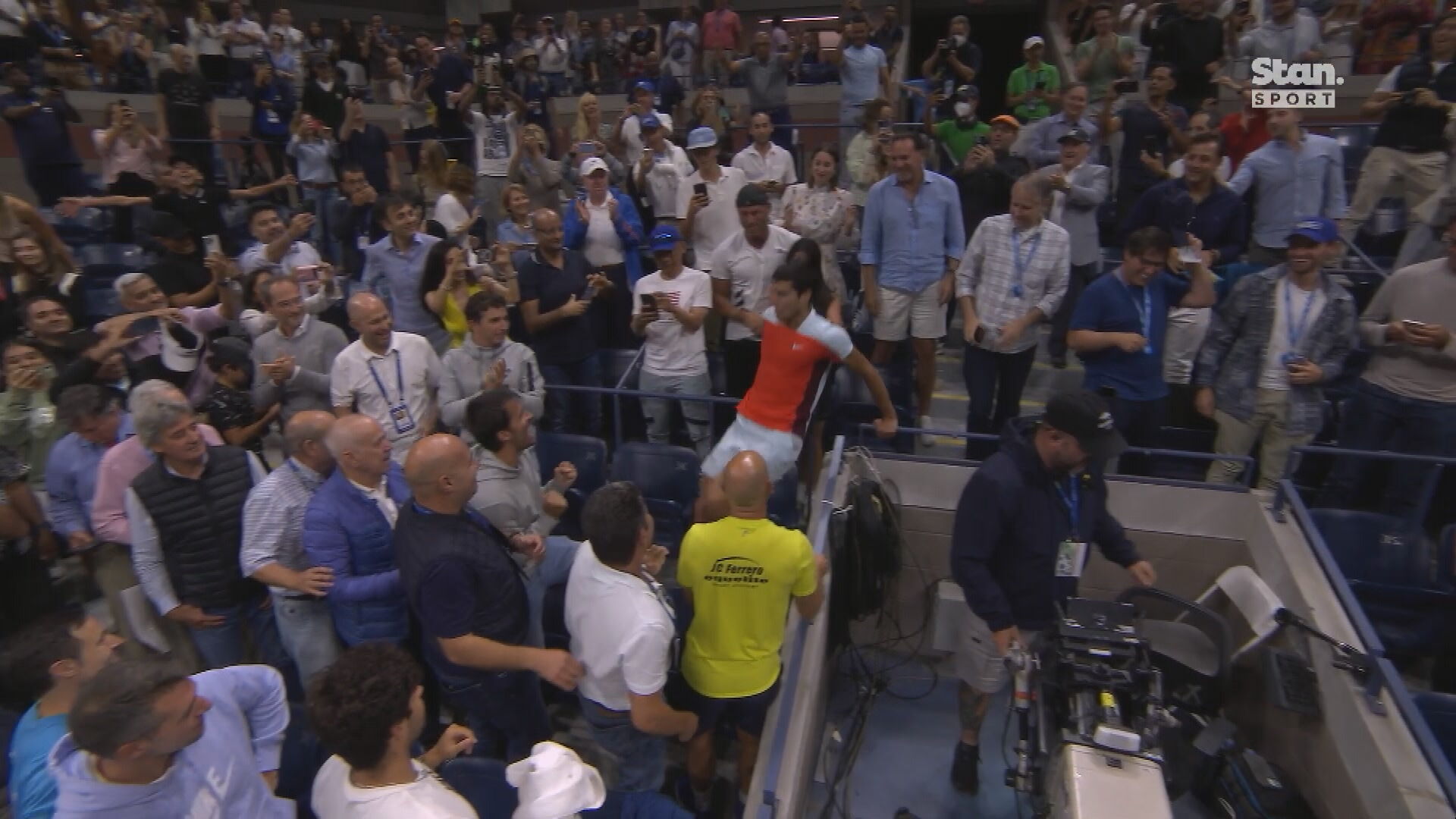 “A lot of the great champions have had a shot that was just completely undeniable: Rafa’s forehand, Sampras’ serve, Roger’s serve and forehand, and I was thinking this guy is just going to get better.

“He’s going to improve incrementally in all areas of the game that he’s so good at now. His serve is something that he can really build on.

“I cannot believe that he’ll ever match the majors of the ‘Big Three’, to me that just seems implausible, but he is going to give it a shake. There is nothing he can’t do on a tennis court﻿.

“He just throws himself at everything with such reckless abandon, can he continue to do that? He just has no thought of self-preservation.”

Masur’s concern over Alcaraz’s long-term health was echoed by three-time women’s US Open champ Kim Clijsters, who said the management of his scheduled is paramount.

“﻿This kid has everything going for him. I think it’s a matter of keeping him fresh,” she said. 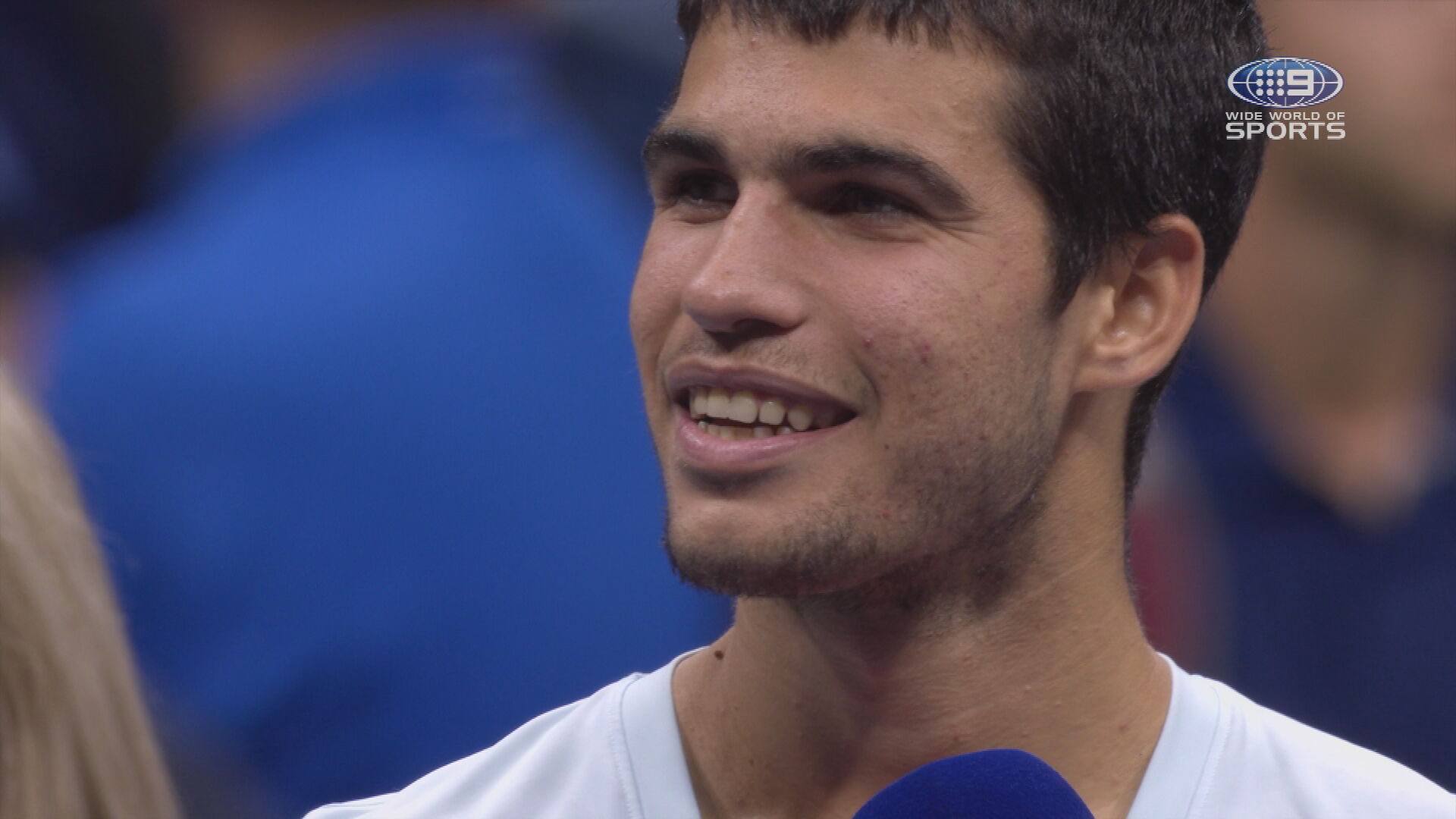 “I think this guy wants to play everything at the moment … but it’s important to schedule well especially with the way he plays so physically.

“We would love to see him for 15 years on tour, but over time that’s going to cause some damage to your body.”

Clijsters also said it was important for Alcaraz to have such a strong mentor in his box in ﻿former world No.1 Juan Carlos Ferrero.

“It (Alcaraz’s life) will definitely change (after the title win), but I don’t think he is going to change much,” she said.

“﻿He has such a great team around him. He has Juan Carlos Ferrero on his team for the last four years, and that is so important.

“I don’t think we can underestimate what that does to have someone who’s been in this situation, maybe not at that age, but who’s been No.1 and won grand slams and dealt with the media in Spain and all around the world.”