Former grand slam champion Kim Clijsters has offered to help Ons Jabeur rebound after the Tunisian was beaten in the US Open final by world No.1 Iga Swiatek.

Jabeur’s loss in the final at Flushing Meadows was her second this year, after losing in the Wimbledon final﻿ to Elena Rybakina.

Cljisters said she had sympathy for Jabeur, after enduring her own struggles in grand slam finals before breaking through with the ﻿2005 US Open title, the fist of four majors she won.

AS IT HAPPENED: Rabbitohs knock out rivals in crazy finals clash﻿

“﻿I just told her team﻿ to let her give me a call,” she told Stan Sports’ Grand Slam Daily.

“I lost four grand slam finals before I won my first one, so it’s all a matter of just trying to hang in there and working hard. 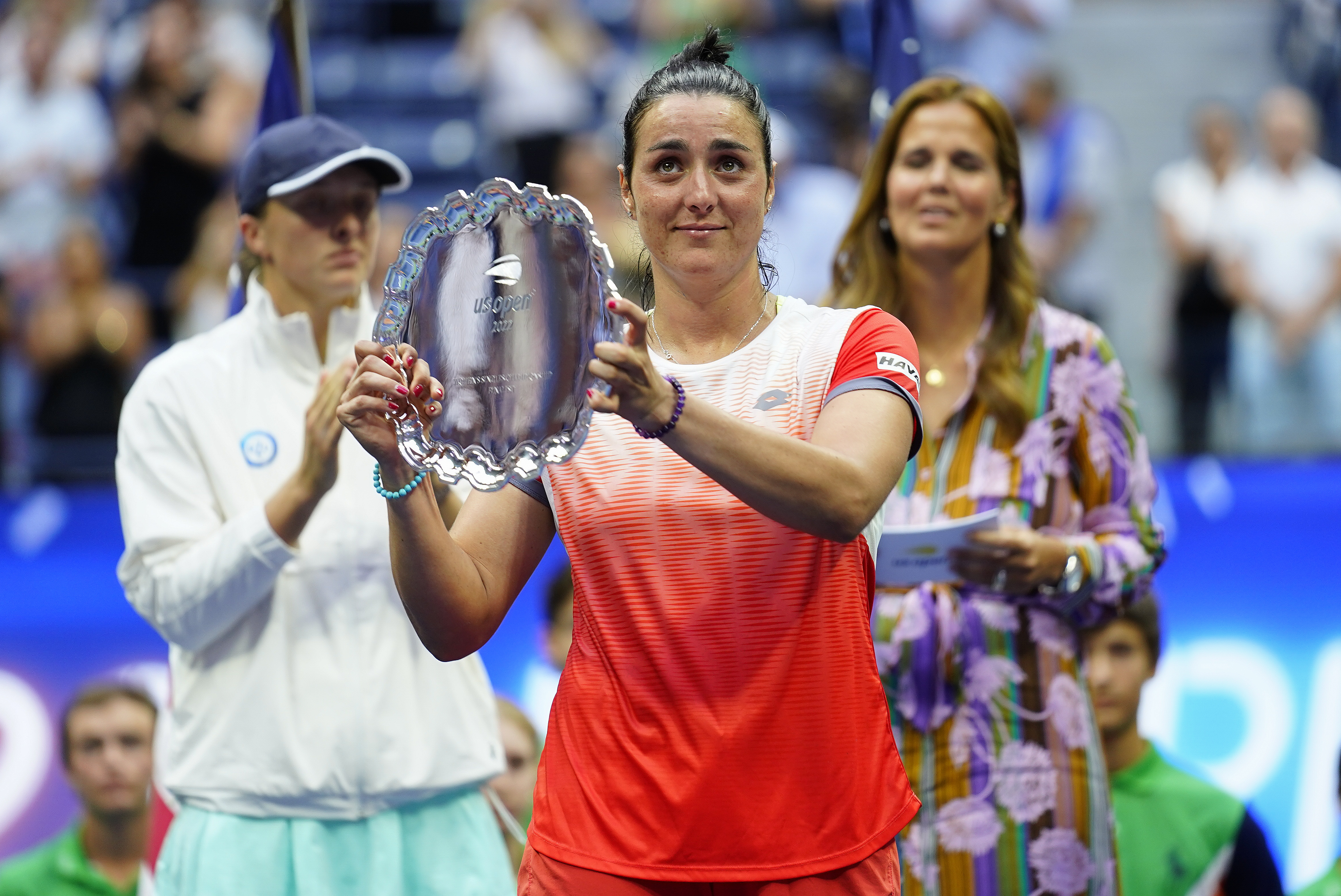 “She’s honestly doing the right things. She’s improving, she’s getting fitter, getting stronger, but it’s just a matter of giving yourself the chances again and those opportunities to get to another final and maybe be better next time.”

Australian great Wally Masur implored the 28-year-old to let Clijsters lend a helping hand, reminiscing on his early interactions with Clijsters before she broke through for her first major.

“﻿Kim used to show up a couple of times when we were playing other teams (at the Davis Cup) and she would train with our guys.

“This was prior to winning a slam and you could see that her top end was awesome, but she needed to do little things off court, almost manage her day, to get to the point where she was ready to win slams, and she did.” 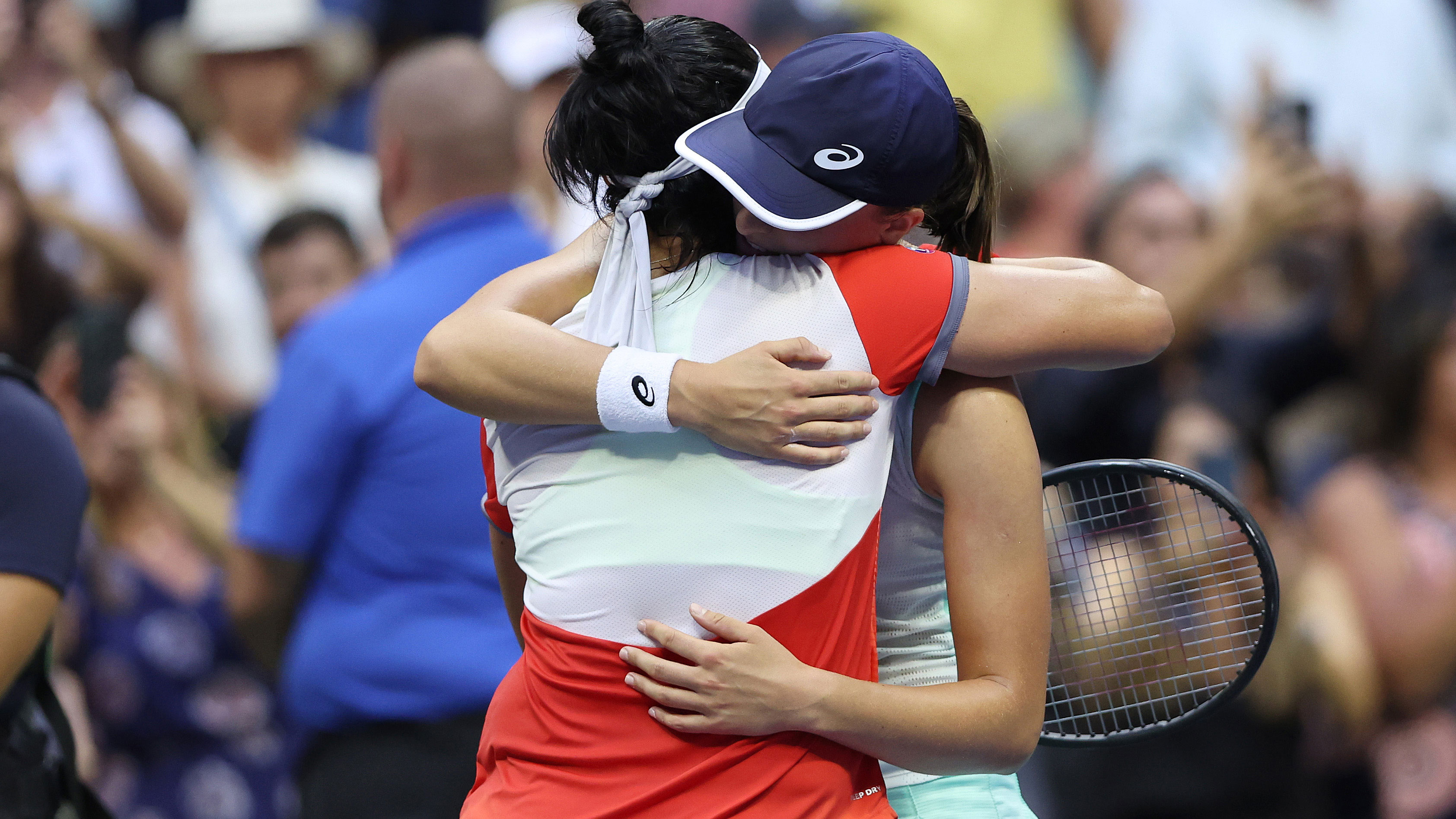 Masur said he was frustrated by a number of collapses from many of the established players on the women’s circuit throughout the US Open, and lamented the fact they’d let the opportunity of winning a major slip.

﻿”A﻿ll of these players have the ability to win slams, I think it’s actually quite wide open,” he said.

“No question on clay, Swiatek is the dominant player, but on the other surfaces there’s a lot of good stories to be told.”

Masur said some of the younger stars coming through needed to be taught how to﻿ handle pressure situations more effectively.

“They’ve all got a lot of people in their box (and) you’ve got to remedy that situation﻿,” he said. 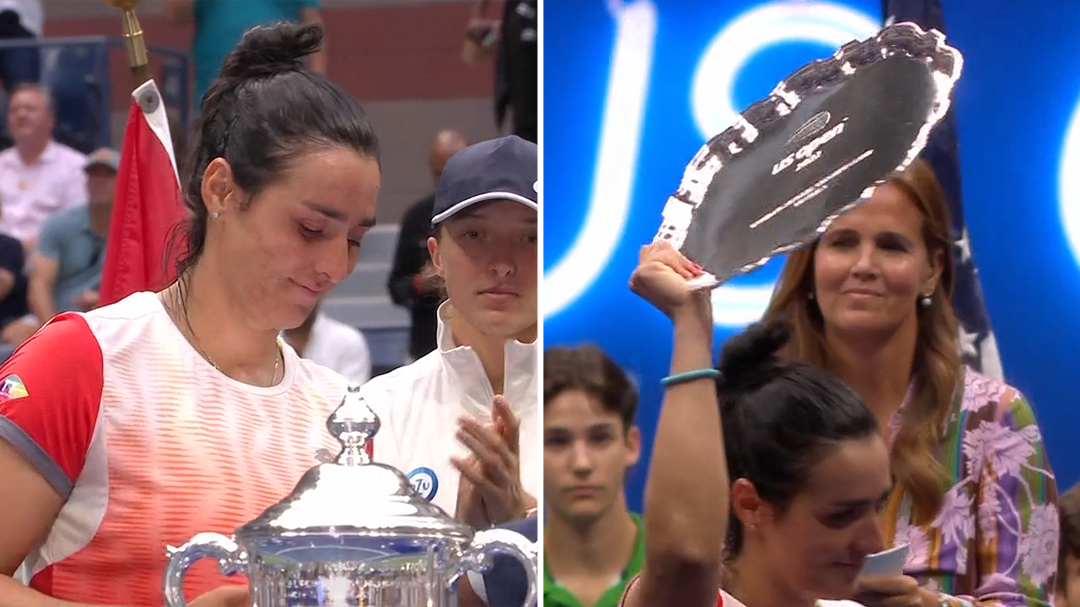 “Is it (through) a sports psychologist? Is it an outside mentor? We saw Aranxta Sanchez Vicario in (Jabeur’s) box. What role is she playing? Who is the honest voice to make sure that this does not happen again?

“From a technical point of view, when you’re in trouble you’ve got to keep scoreboard pressure, one way to do that is through your serve. Look at (Sam) Stosur, Ash Barty, Serena Williams, technically sound serves that hold up.

“There were a lot of women at this event when they were struggling the second serve went missing from a technical standpoint. At some point that’s got to be rectified and the coaches have to take care of that.

“The women’s game is in a really healthy situation, but I want to see them performing at their best on the biggest stage, and I felt like we were denied that on several occasions.

“There’s too many good players not getting the best out of themselves on the big occasions. They’re all top-10 players, so at some point someone’s got to grab a hold of them and be brutally honest.﻿”

Aussie legend loses title as youngest ever No.1