T﻿he verbal barbs continue to fly between rugby league legends Justin Hodges and Paul Gallen, with Hodges branding Gallen the “worst Origin captain in history” ahead of their fight this week.

Gallen ﻿will face both Hodges and his old Maroons teammate Ben Hannant at Queensland’s Nissan Arena on Thursday in what will be his final night in the ring.

There is little love lost between Hodges and Gallen, who regularly ﻿faced off in the Origin arena at the height of Queensland’s power over the 2000s and 2010s.

After Gallen last week said Hodges had rode the coattails of his star teammates to Origin success, the Maroons legend bit back.

“You’d rather ride on the back of greatness,” he said. 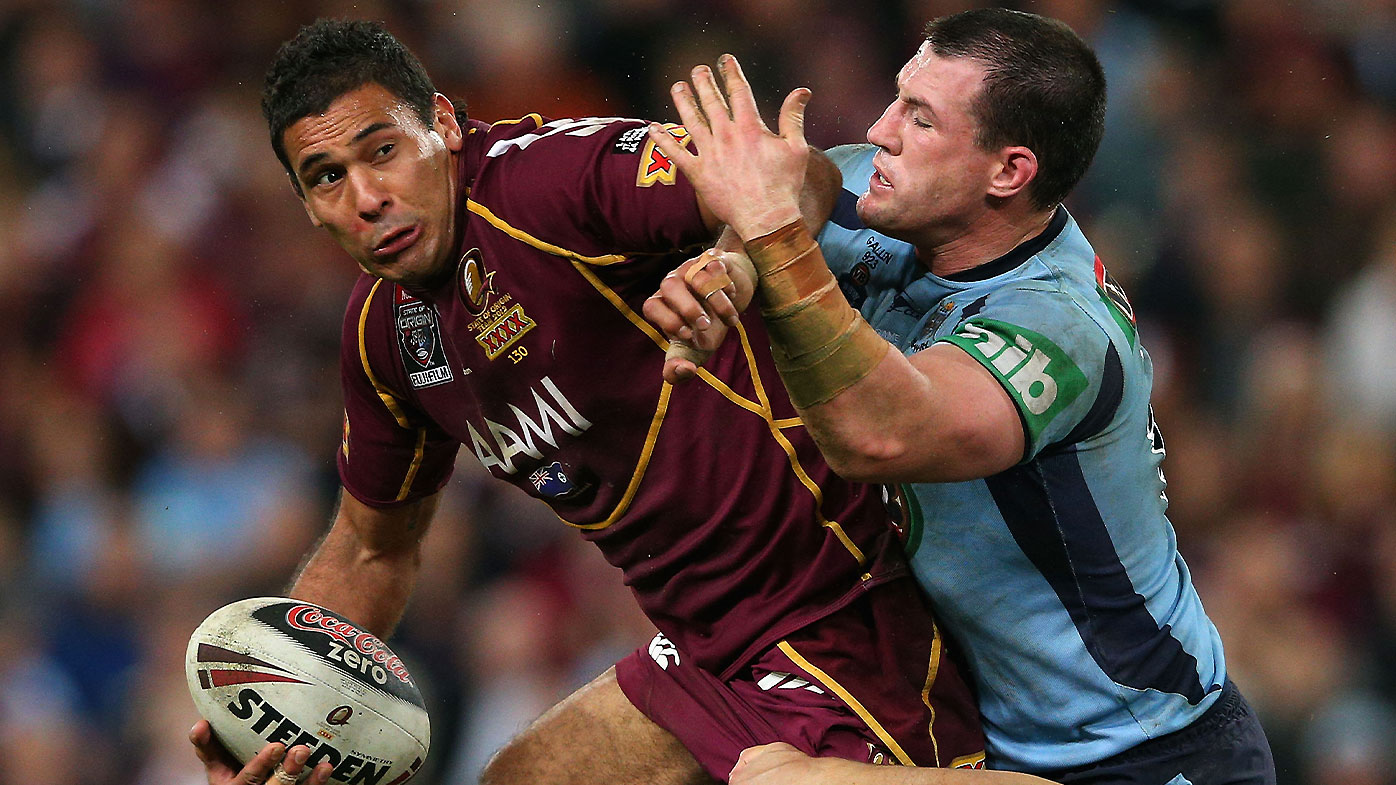 “I’d rather be on the winning side riding on the back of some great players than lose as an Origin captain for eight or nine years.

“He’s probably the main reason why they lost.”

Hodges also warned Gallen there could be repercussions if he brought some of his old Blues teammates to support him ringside on Thursday.

“At the end of the day, it’s going to be me and him in the ring. He can bring whoever he wants from NSW,” he said.

“They’ve all lost before up here, there’s no reason why they’ll came up here and win. We’ll knock them all out if we have to.”