Munster had put all contract talks on ice until after the season, but after a shock loss to Canberra on Saturday night Smith believes an announcement from the five-eighth is not far away.

A former teammate of Munster, Smith told SEN radio that the 27-year-old would have re-signed by now if he was planning on it given the Storm had matched an offer from Wayne Bennett’s expansion team the Dolphins. “If I’m brutally honest, if he was going to commit to the Melbourne Storm and sign on and extend his contract, he would’ve done so by now,” he said.

“He’s been at the club since he was 16 years of age and we’ve heard Braith Anasta (Munster’s manager) come out and say the Melbourne Storm offer is in the area where it should be. So what’s holding him back?

“I’d love him to stay but I feel like he will be going to the Dolphins.”

Munster quickly became a key cog in the Storm machine after his debut in 2014, twice being named the Dally M five-eighth of the year, winning two premierships and being named the player of the series in the 2020 State of Origin.

But there have been widespread rumours that he will return to his home state to link up with the Dolphins, a move he previously hinted toward in a pre-finals press conference.

As a new dad, the Origin ace said his playing future had to reflect what was best for his family.

“If it was only about myself then I’d love to stay but at the same time I’ve got a young family that I need to worry about and obviously [Bianca] is from Queensland so we need to make sure we will make the right decision,” he said.

Melbourne’s elimination final loss to Canberra marked the final Storm appearances of Brandon Smith, Felise Kaufusi, Jesse Bromwich and Kenny Bromwich, who are all off to join rival clubs. 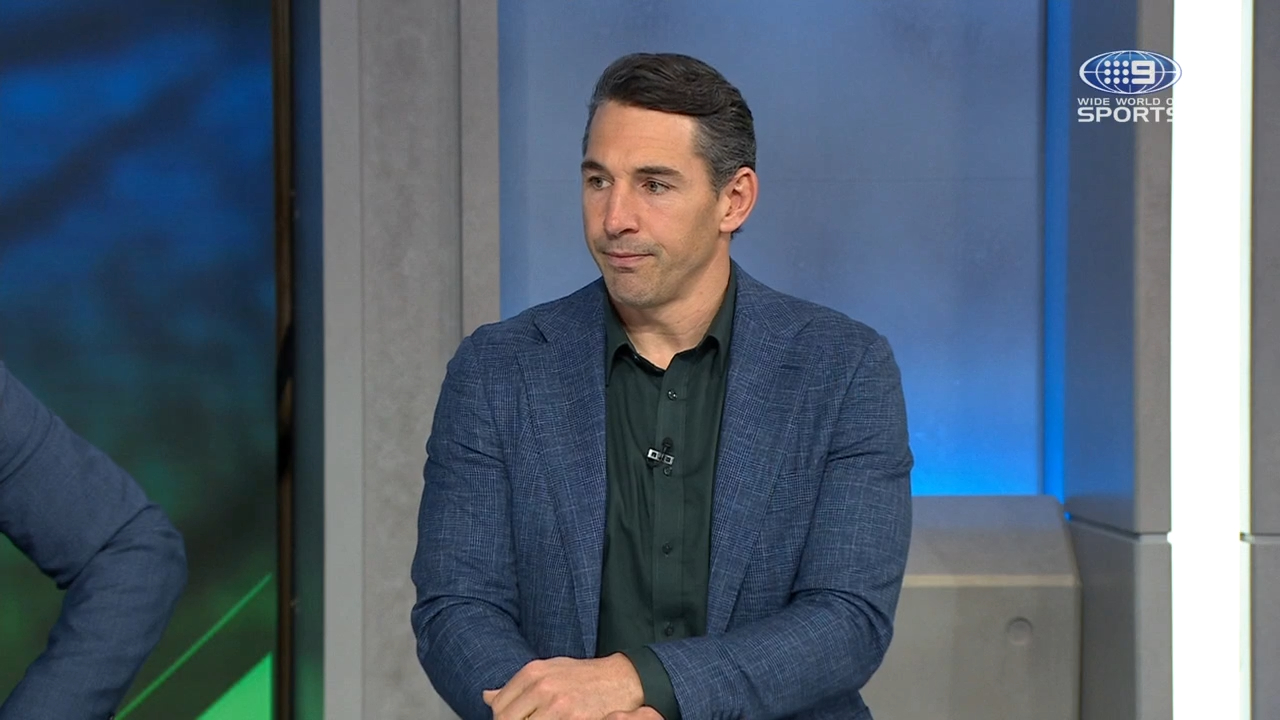 Smith is moving to Bondi to play for the Roosters, while Kaufusi and the Bromwich brothers are heading north after signing with the Dolphins.

Smith said the mass departure would be difficult to handle.

“This is going to be a big challenge for the club and Craig Bellamy as coach.”