Souths proved victorious on Sin Bin Sunday – but Cronulla were the big winners after the brutal elimination final at Allianz Stadium.

On Saturday night, the league chatter was that Cronulla will be shark bait next weekend after their 93-minute marathon loss to the Cowboys.

But that all changed on Sunday after one of the most ferocious games of the modern era as the Roosters and Rabbitohs went to war.

READ MORE: What Finch will miss most after golden ODI career﻿

But by the time the NRL judiciary, the doctors and the physios get through with Souths over the next few days, they could be battling to field a team against the Sharks.

Prop Tom Burgess and winger Taane Milne are both certain to be charged for damaging high shots and several other players could also be in hot water after 80 minutes of trench warfare.

The Sharks would have cheered every high shot and every melee as the two old rivals ripped into each other.

Souths were worthy winners, but it was at a cost.

As a result, in my eyes, Cronulla will start as slight favourites in what promises to be another mouth-watering final next weekend.

The Roosters have been the NRL’s HIA kings over the past two seasons – and it all caught up with them to send them spinning out of the premiership on Sunday.

The loss of strike players James Tedesco and Angus Crichton in the first half and a series of other heavy knocks KO’d the Roosters in one of the most brutal games of the modern era.

The Roosters’ other downfall was their inability to take use of ‘power plays’ when Souths had players in the sin bin.

They should have dominated when it was 13 v 11 in the first half – but kept running one out and making unforced errors.

In the second half, they had an extra man again when Souths had Tevita Tatola and Taane Milne in the bin along with Rooster Victor Radley – but couldn’t make an impression.

They needed to change the game plan on the run, toss the ball around, and their failure to do this ultimately proved their undoing. 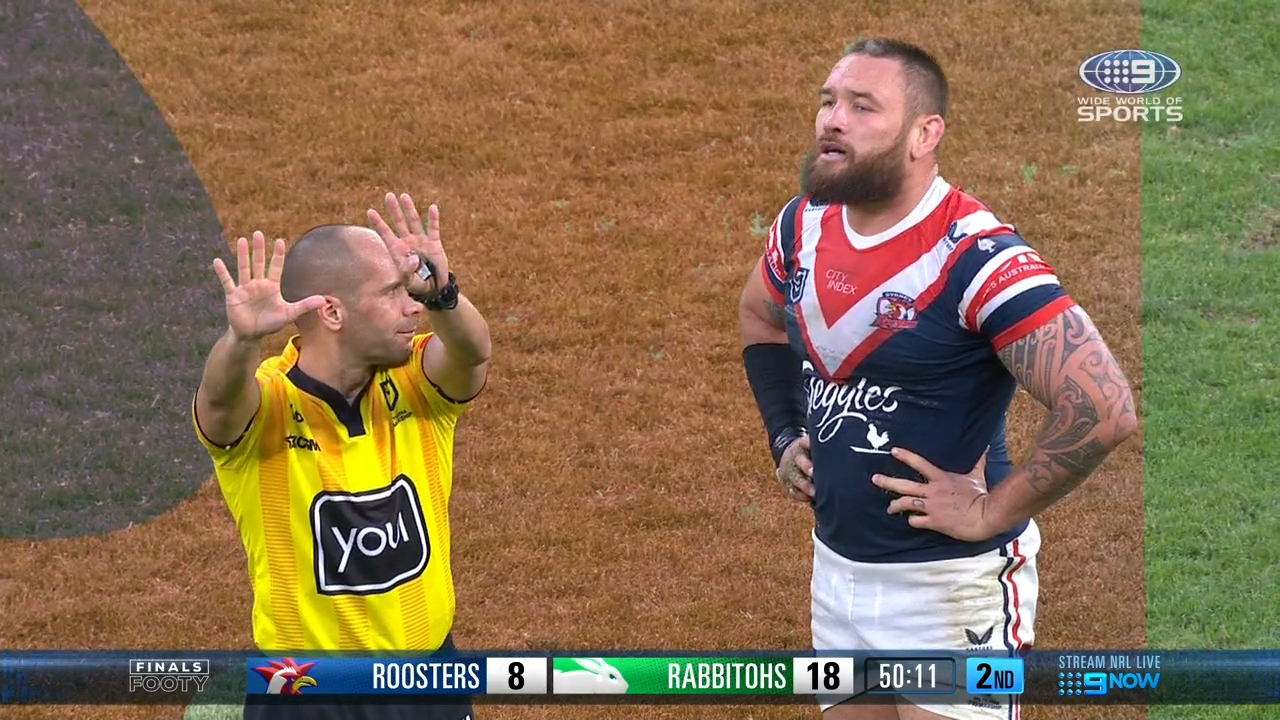 Townsend led the Cowboys to their first ever home preliminary final in fine style, while Holmes’ towering 45 metre field goal in the 93rd minute proved the difference.

Both were delighted after the game – but also felt for their former club.

“Val and Chad both have a very soft spot for Cronulla,” the pair’s manager Gavin Orr told Wide World of Sports after the game.

“They started their careers there… they won a comp together there… they lived there for years and still have many mates there.

“So there was plenty of emotion for them on the night and they felt for their old mates.” 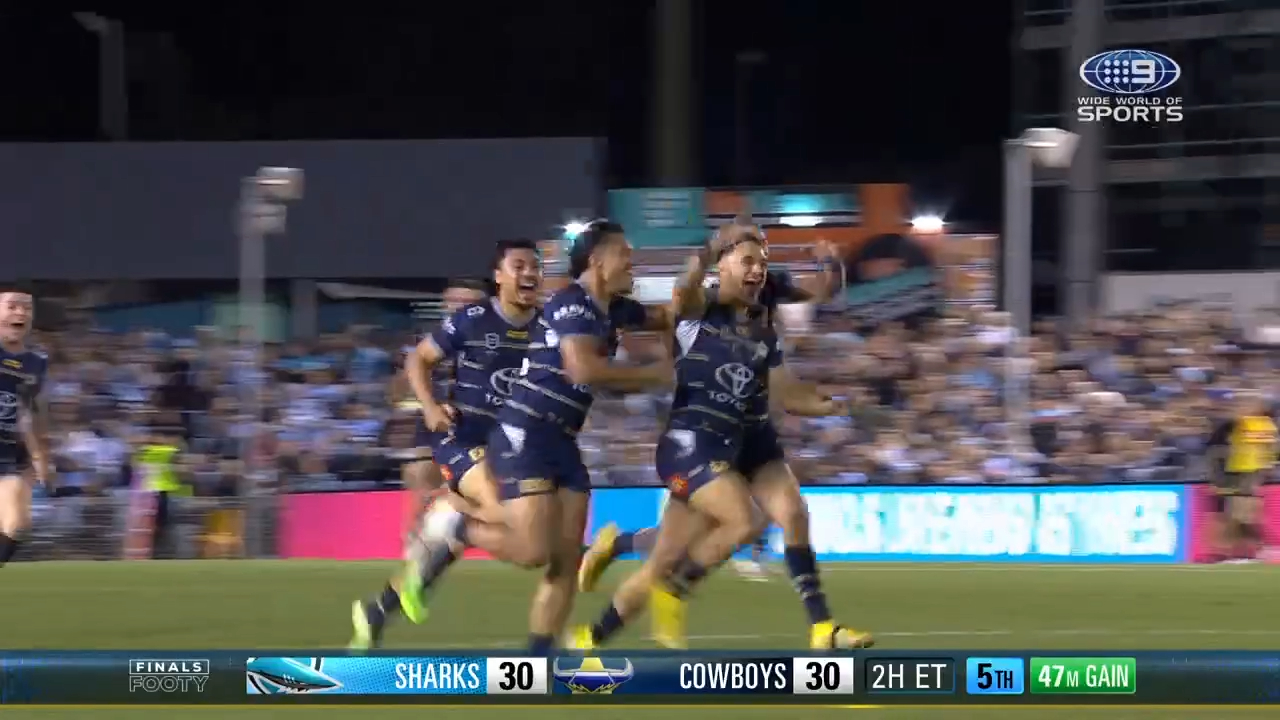 Joseph Tapine’s barnstorming bursts up the middle paved the way for the Raiders’ upset win over the Storm – and shape as the big danger to the Eels next weekend.

Tapine stood like a colossus over the first half and it was largely his influence that gave the Raiders their 16-8 halftime lead.

Fitter and stronger than at any stage of his career, the lanky middle forward played the first 51 minutes straight before a brief rest.

He was back in the fray when the Raiders powered home in the final stages of the game and racked up an amazing 216 metres in the trenches.

Brandon Smith was in tears after his final match for the Storm in the shock defeat to Canberra, clearly upset that his days in purple are over.

Smith was one of several Storm players off his game in a disappointing team performance.

A player who normally prides himself on a high work-rate, Smith had just eight runs for 76 metres, had three missed tackles and three ineffective tackles.

The powerhouse lock can usually be relied upon for some big plays in pressure games – but was uncharacteristically quiet as the Storm bombed out of the finals. 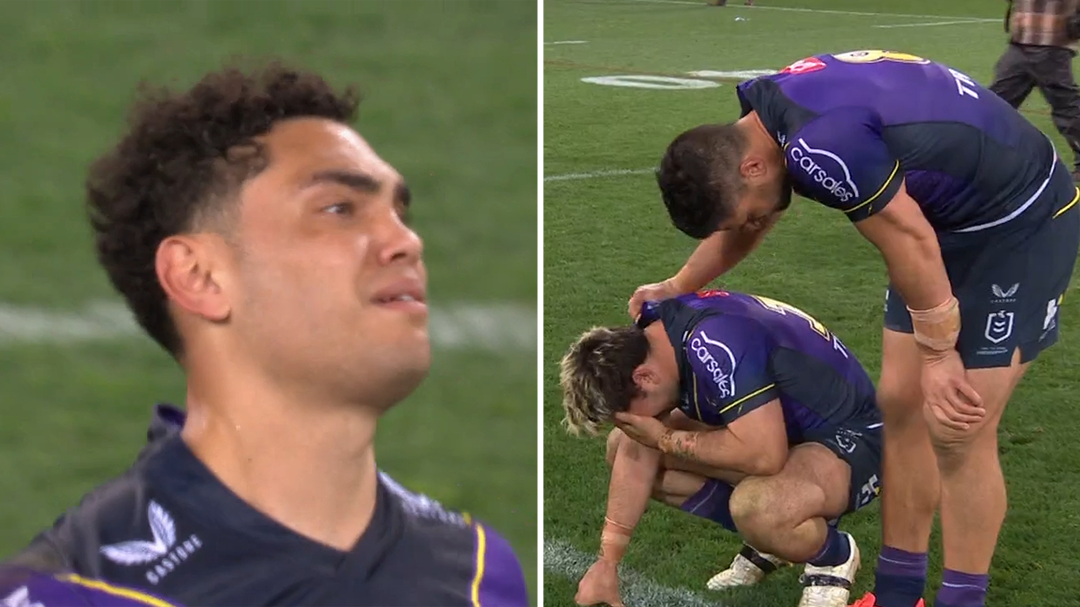 Will 36-year drought be extended?

With Mitchell Moses in grave doubt for next weekend and his team-mates licking their wounds from the mauling by Penrith, it seems Parramatta’s long finals drought is set to continue.

The Eels went into the western derby with high hopes but the loss was their seventh in their last nine finals games – a clear sign that the team struggles in the pressure-cooker September atmosphere.

Parra’s form coming into the game was solid, but they appeared to go into their shell on the big night, throwing very little at the Panthers’ defensive wall.

They managed just one try in 80 minutes and I just can’t see them now winning three sudden-death games to take the title. 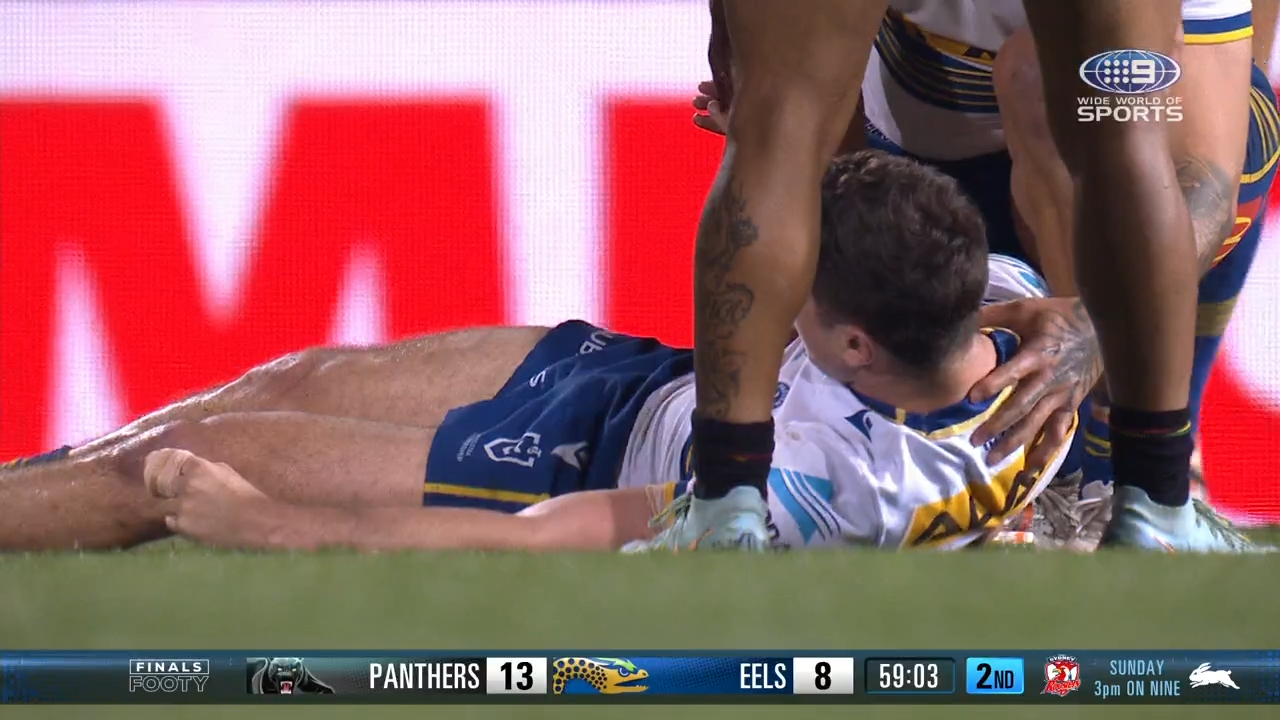 It didn’t seem that significant at the time, but the key moment – psychologically – of Penrith’s win over Parramatta on Friday night was Nathan Cleary’s field goal just before halftime.

It broke a 6-all deadlock, sending the Eels to halftime with a slender lead and enabling them to continue a stunning run.

By fulltime, the Panthers had lodged their 54th straight win after leading at the break.

The Panthers have found this relentless attitude to power on to victory in the second half of games, grinding the Eels into the BlueBet Stadium turf 27-8.

It was the biggest finals win in Penrith’s history – and with Nathan Cleary back calling the shots in masterful fashion, they are looking good things to go back-to-back. 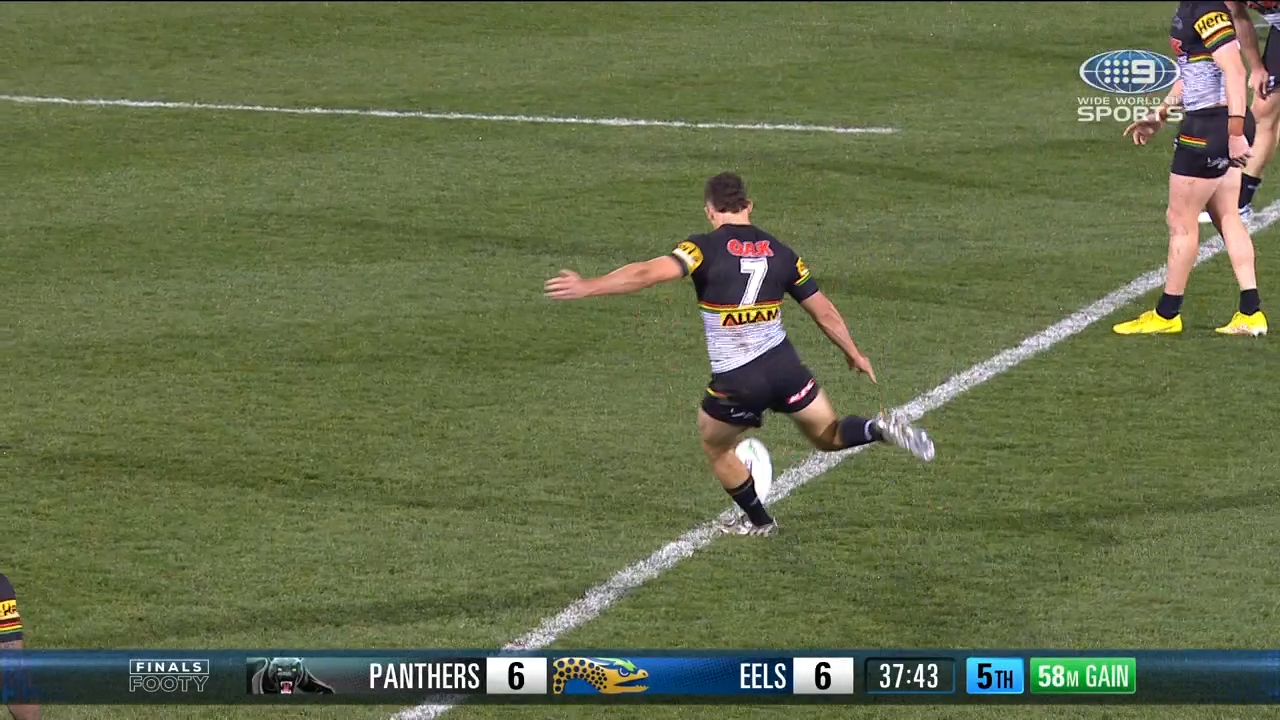