M﻿elbourne coach Craig Bellamy was “disappointed” to send several Storm veterans off with a shock loss to Canberra on Saturday night.

The Raiders travelled south and sprung a thrilling upset over the home side to win 28-20 and knock the Victorian club out of the premiership race.

﻿The loss ended the Melbourne careers of Brandon Smith, Felise Kaufusi, Jesse Bromwich, and Kenny Bromwich, who are all off the join rival NRL clubs next season.

Smith moves to Bondi to play for the Roosters, while Kaufusi and the Bromwich brothers head north to partner with Wayne Bennett’s expansion team the Dolphins.

﻿”They’ve been tremendous for us, all of them,” an emotional Bellamy said after have his season ended, and ending a streak of seven straight preliminary finals. 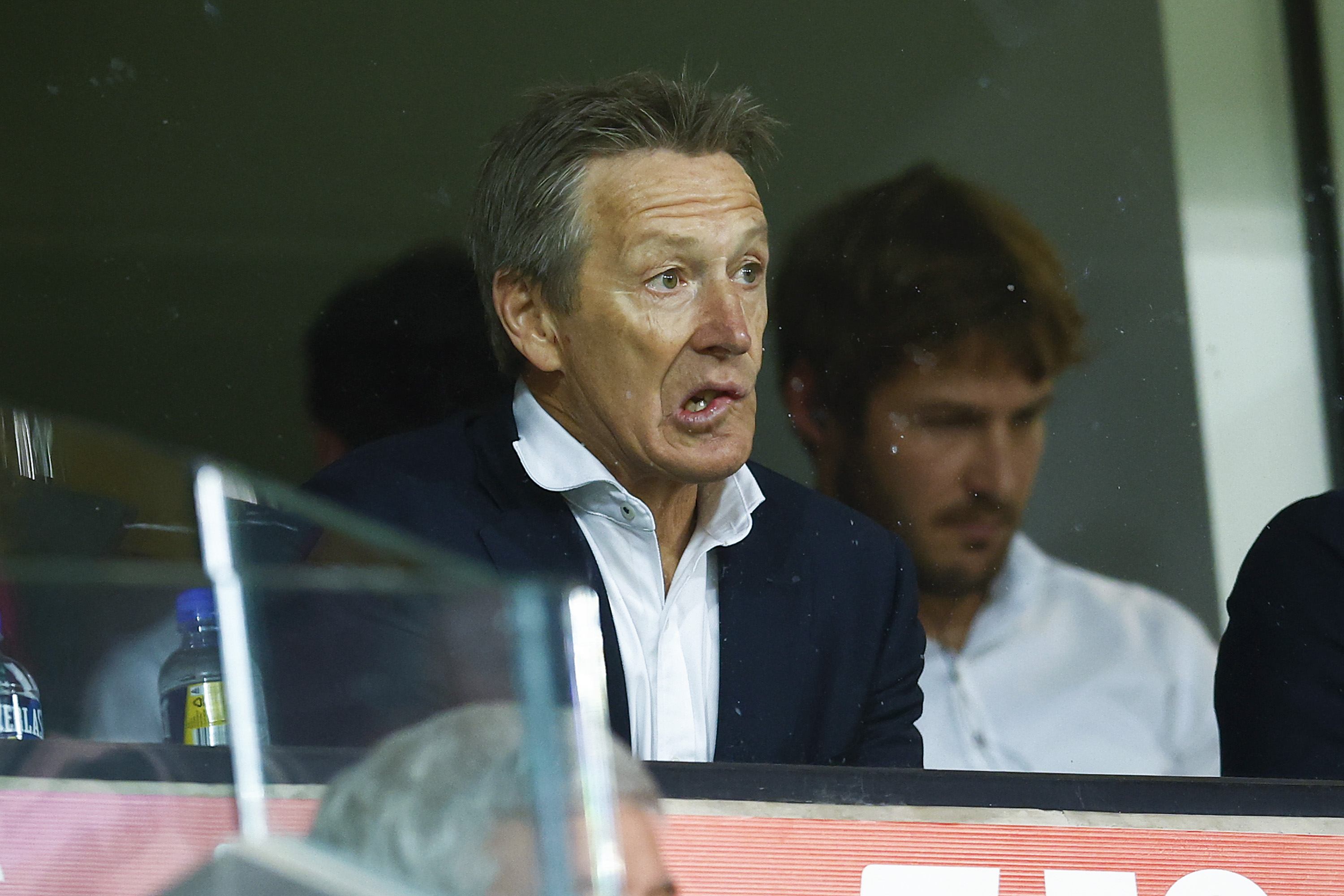 “Jesse and Kenny have been here since 2008. That’s a long time, and they’ve done a lot for our club.

“I think for me, today I’m disappointed, it is more for them. They deserve to go out on a better note than that.

“They have done a wonderful job for us here. (Kaufusi) has come here… he’s turned into an Australian and a State of Origin player in that time.

“The other three have all played for New Zealand. They’ve done some really great things since they’ve been here.

“The Bromwiches have been around for so long that we’ll probably show up day one of pre-season expecting them to be here, but they’re not going to be here.” 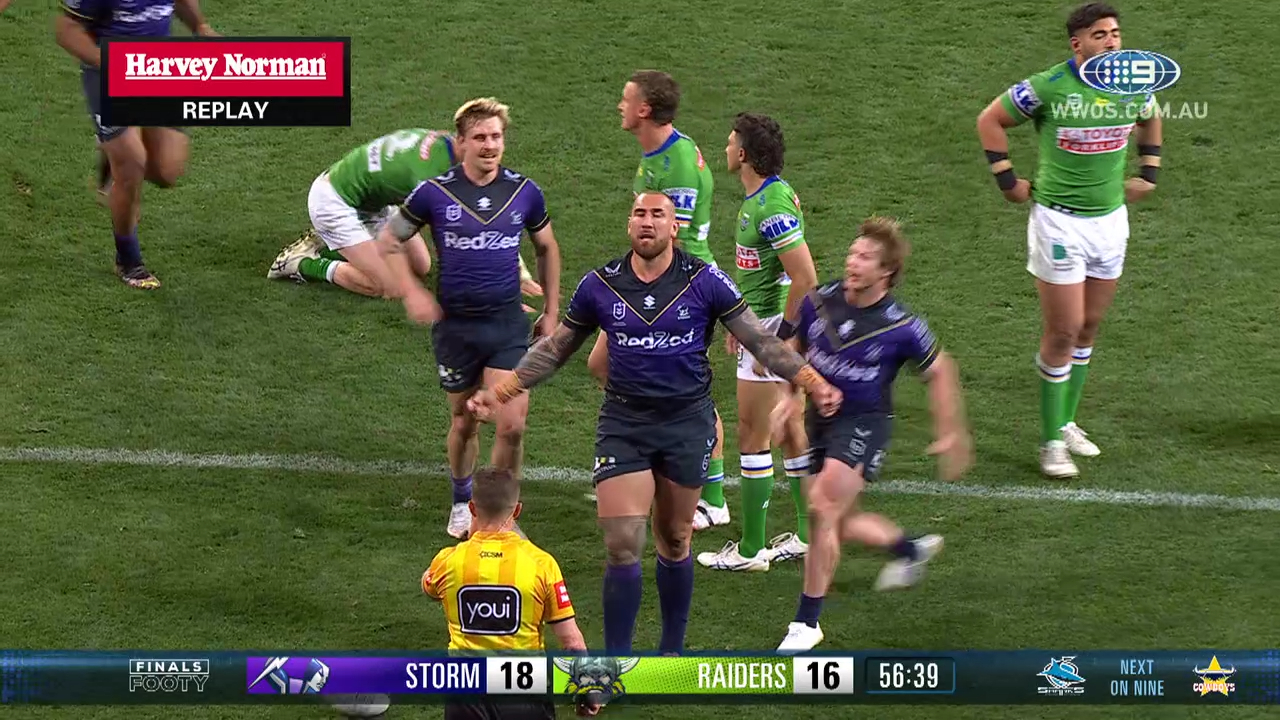 Jesse Bromwich sat next to his long-time coach after the game as the pair faced the media.

The Kiwi prop looked on the verge of tears as he came to the realisation he would not play for the club again.

“I was just saying to the boys it hasn’t really sunk in yet,” Bromwich said.

“I’m sure when I clean out my locker, getting ready to move on, it will really sink in.

“This place has done a lot for me and my family… it’s really tough.﻿”

Saturday’s elimination final was a seesawing affair and the Storm poked their nose in front midway through the second half. 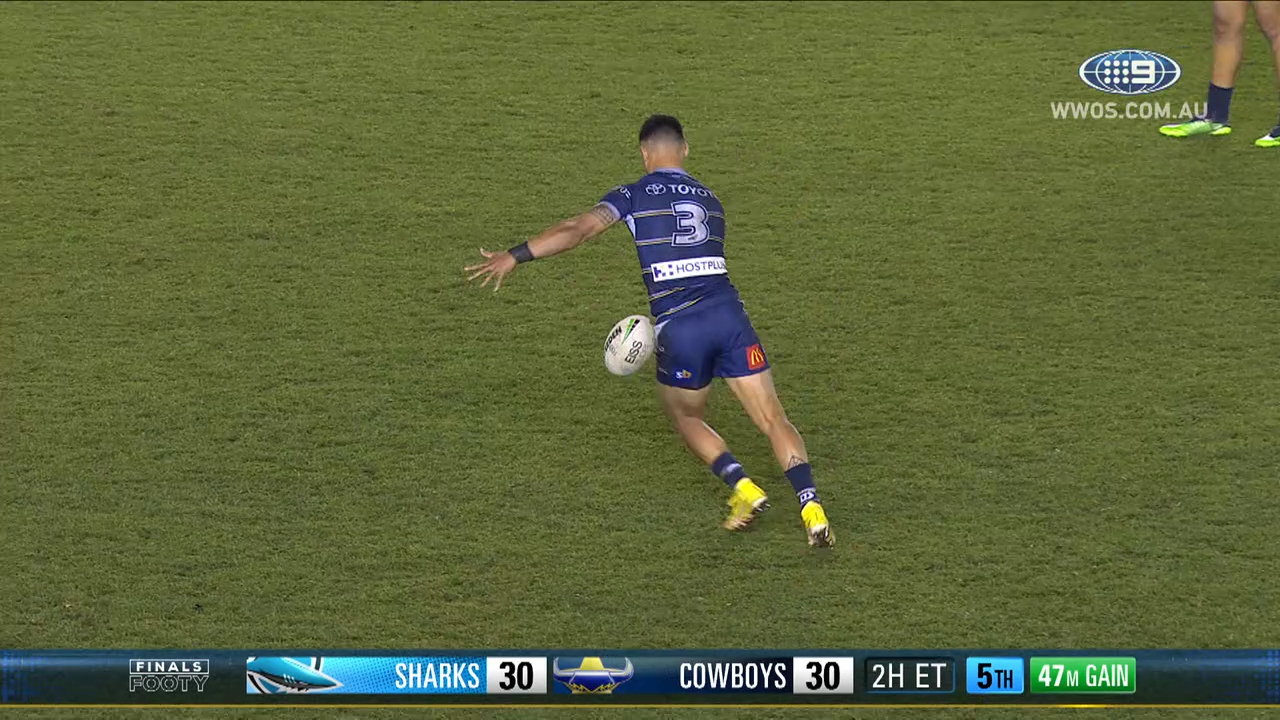 But some late Raiders magic – and a lucky try assist off the head of Sebastian Kris – consigned Melbourne to also-rans.

“We let too many points in. You don’t win finals games letting the opposition score 28,” Bellamy said.

“They scored a couple of soft ones too… a couple in the first half, they were soft as butter.

“I don’t know where those tries actually come from, how our defence let us down like that.

“It’s been a hard year, it’s been a long year, with the injuries we’ve had and a few other things happening.

“To go out on that performance, specially defensively, was disappointing.﻿”

Beautiful moment as world No.1 wins US Open

World No.1 survives comeback to win US Open